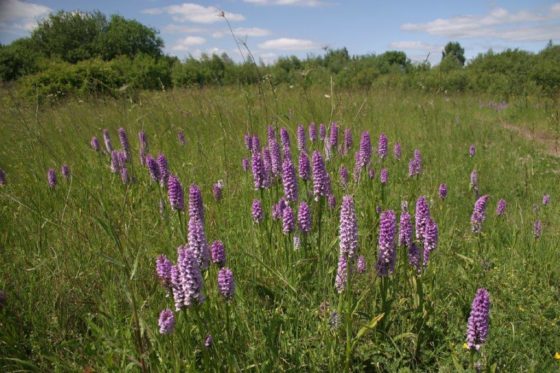 Take one tract of Essex grazing marsh. Add thousands of tonnes of sand and silt, and build an oil refinery. Knock the refinery down before it is ever used, and apply a liberal dose of informal recreation. Then let it stand for thirty years, and what do you get? A nationally important wildlife site.

This is the (somewhat bizarre) recipe for Canvey Wick, an area of around eighty hectares, forming the south-western portion of Canvey Island in Thames-side Essex. Over the past twenty years, this site has become recognised as a hotbed of biodiversity: as a result of its history, climate and land-use, Canvey Wick is now home to an incredible array of plants and animals. Most significantly, it supports hundreds of types of insects, many of which are locally or nationally rare, including some long believed to be extinct in Britain, and others never been found before in this country. Area-for-area it is the richest place we know in this country for rare invertebrates, hence my oft-quoted comment in The Guardian in 2003, likening it to a rainforest in terms of its biodiversity.

Securing the protection of this wonderful area as the first brownfield invertebrate Site of Special Scientific Interest is something I consider to be one of the highlights of my career with Natural England, culminating in the core of the area becoming a nature reserve, owned by the Land Trust and managed by Buglife and the RSPB. 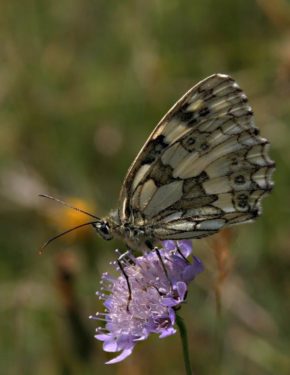 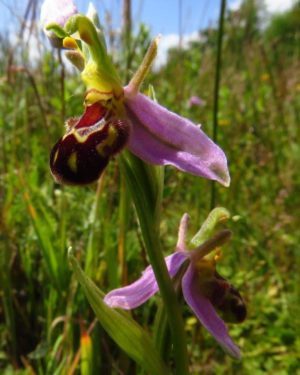 Prime time to visit Canvey Wick is high summer when the insects and reptiles are most active, and the diverse flora – a multicultural mix of native and non-native species from around the world – is in full bloom. Pride of place must go to the orchids, at least four species, and sometimes stunning displays of Southern Marsh-orchids in mid-June. 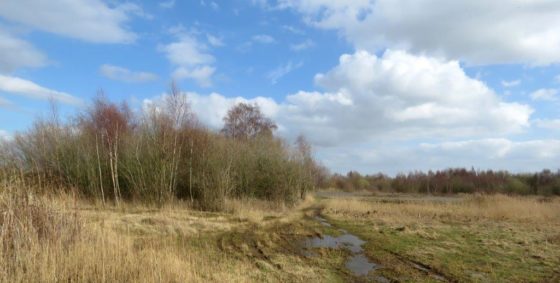 In early spring, it may be more bleak, but as I discovered last week, there is still plenty to see. Willows are bursting into flower, and already providing a welcome meal for post-hibernation and early-emerging bees. 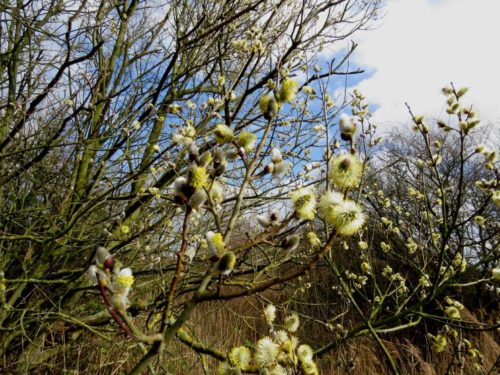 And best of all, the residual road system from refinery days was fringed with a dense yellow-green sward of Early Meadow-grass Poa infirma. Until recently, this early-flowering grass was known in the UK only from the extreme south-western coast and islands; whether through genuine spread, linked to climate change, or through increased awareness it has been spreading along the south coast, and eventually arrived in Essex around the turn of the Millennium. 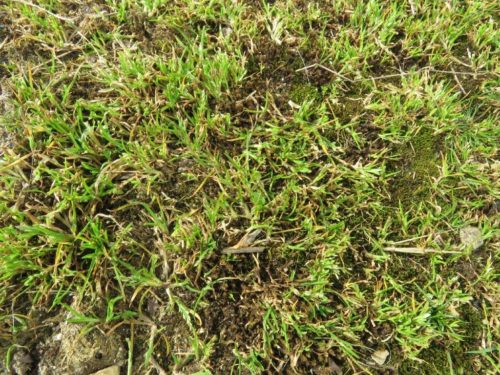 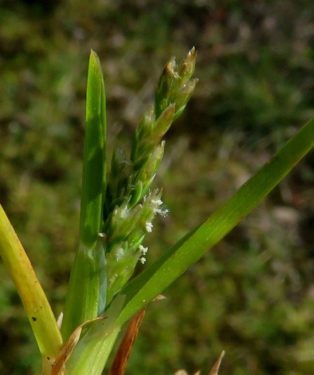 Based largely in north Essex, I hadn’t previously seen it before in the county, so to find it in such abundance was both a thrill and a surprise. And surprisingly easy to identify despite its diminutive size: the colour is distinctive, if not diagnostic; its narrow flowering heads, with erect rather than spreading branches; and especially the tiny, almost imperceptible, anthers, each only a fifth of a millimetre long! Right at the limits of my visual definition, it seemed to me as though the open flower spikes were sprinkled with beadlets of silver sand. 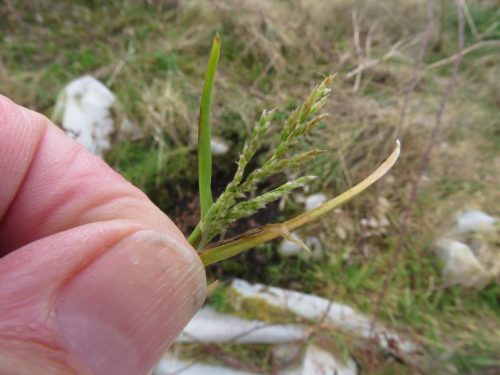 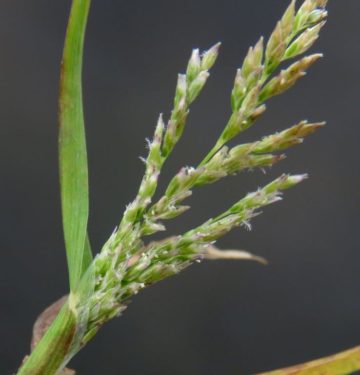 Poa infirma may be small, and something of an acquired taste. But I have now acquired it, and it is just one of the many reasons to go back to Canvey Wick at any time of year.