Back to Cockaynes Reserve after a few weeks, and it wasn’t the wholly shrivelled and droughted sight we feared. There has been some sporadic, occasionally hard, rain, and that has been enough to keep even the bare gravel areas with a semblance of green. Long gone are the early season Blinks and Smooth Cat’s-ear have gone, but these have been replaced by Sand Spurrey, Small Cudweed, Trailing St. John’s-wort and Hoary Cinquefoil. 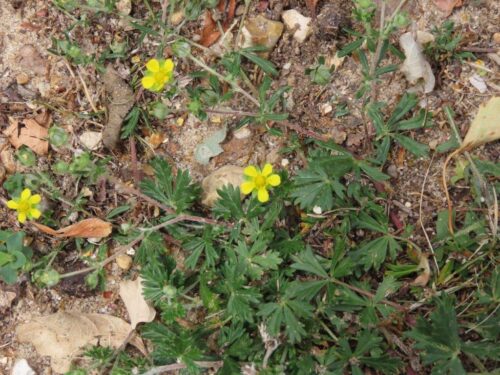 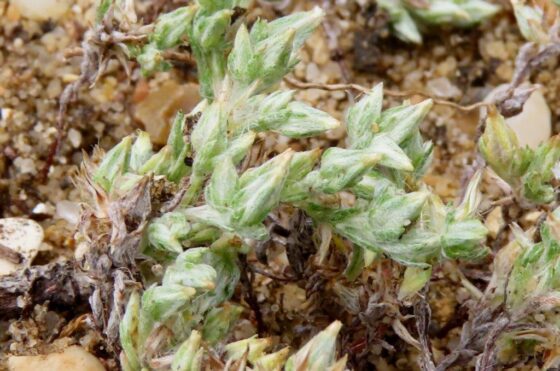 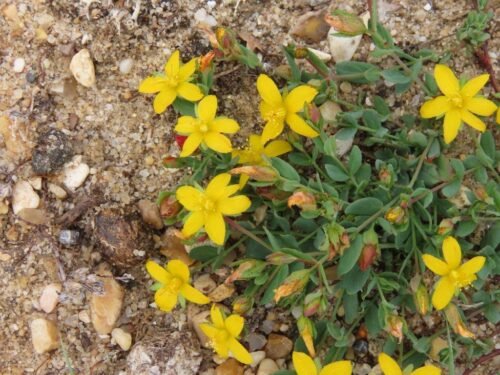 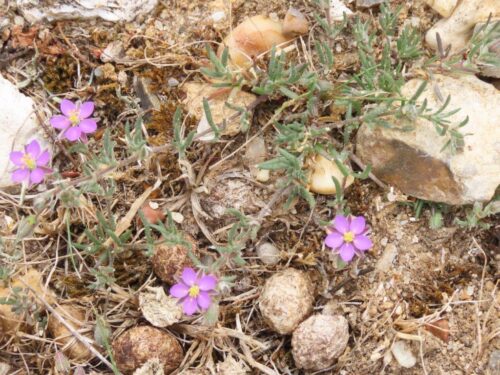 Other flowers now blooming include Fleabane, soon to become one of the most important pollen and nectar resources on the reserve, Cow-wheat on the heathy slopes, and in the wet areas, Reedmace and (unfortunately) choking mats of New Zealand Pigmyweed. 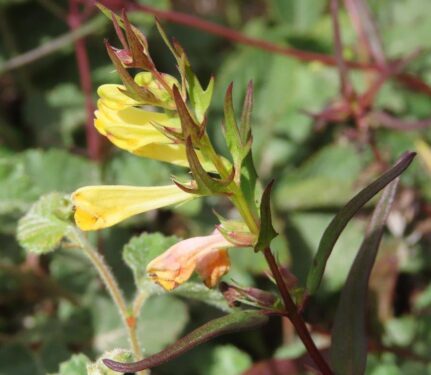 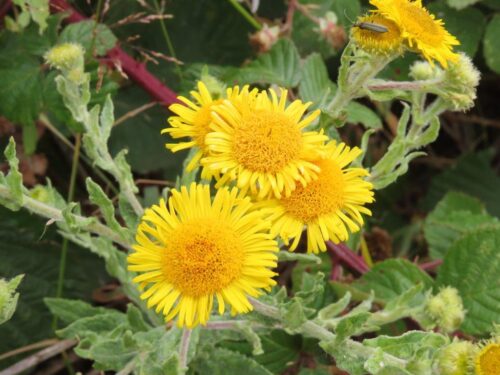 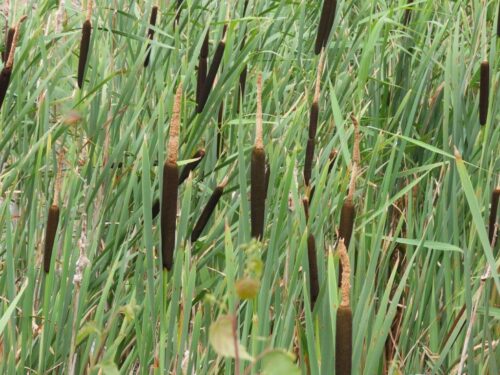 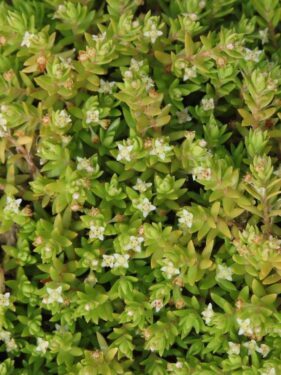 Butterflies everywhere! (including the always elusive Purple Hairstreak). The June gap has passed…. 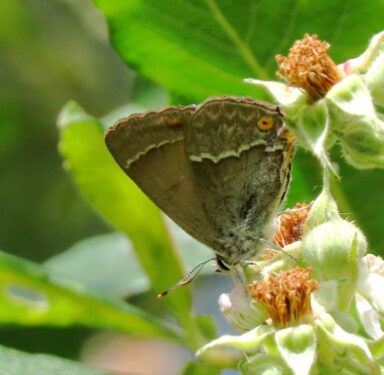 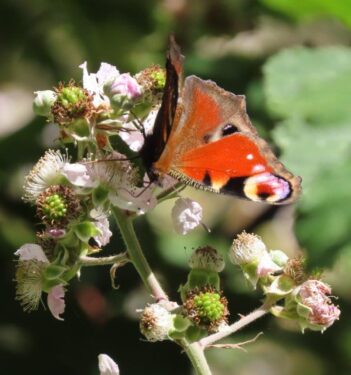 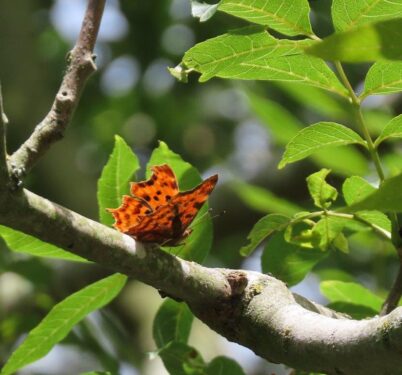 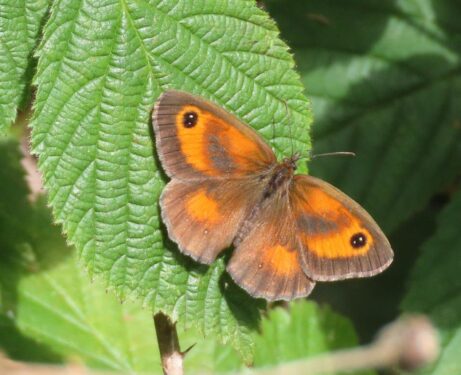 As always there were lots of bees and wasps, including Bee-wolf and Green-eyed & Four-banded Flower-bees, endearing little bundles of high-pitched buzz: 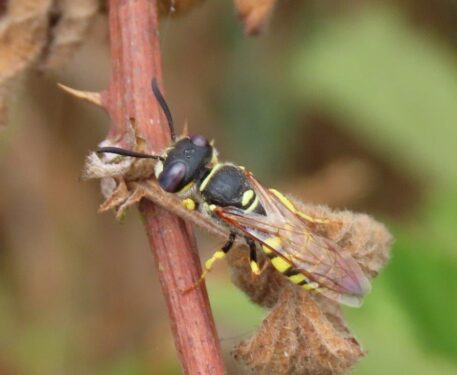 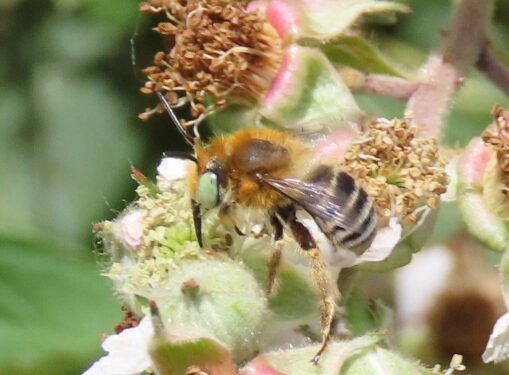 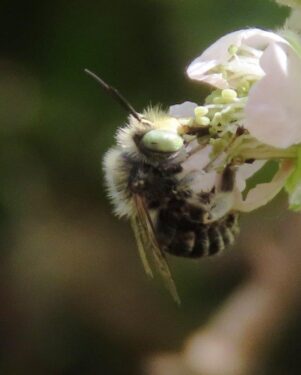 And many other insects as well: the Broad-headed Bug is especially interesting locally, as this reserve is the only place we have found it. And just look at that bruiser of a Sicus ferrugineus – that’s why we call the Gargoyle Fly! 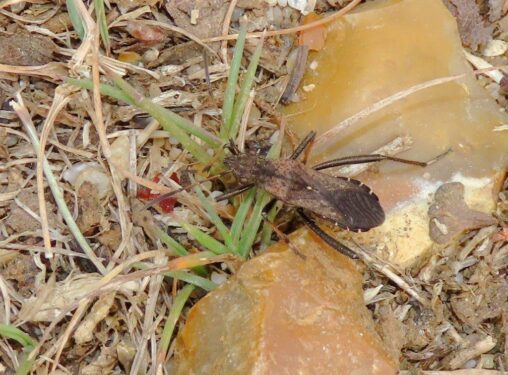 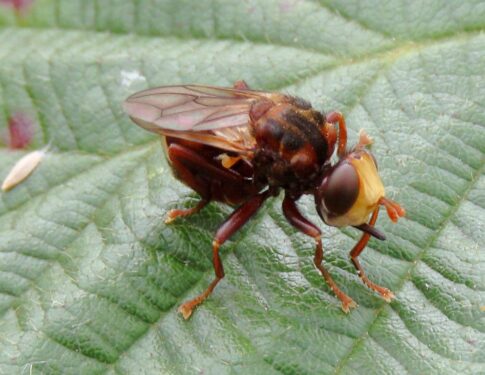 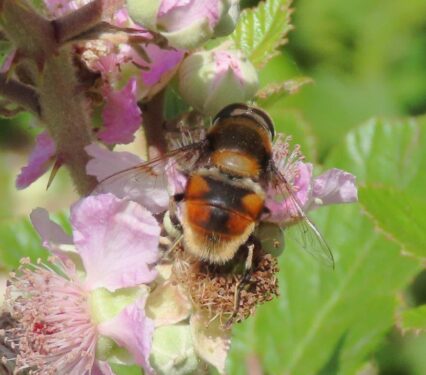 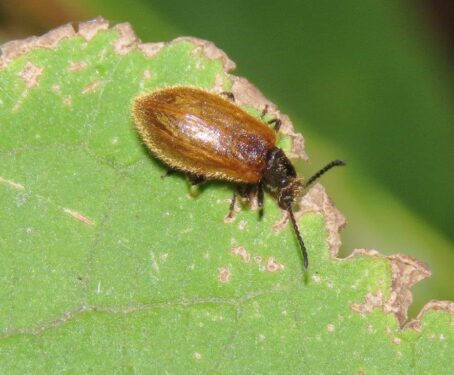 And also two sets of eggs: the semi-vacated barrels of Gorse Shield-bug, and a clutch of Drinker Moth eggs, all with small neat round holes, probably of an emerging parasite rather than the caterpillars. 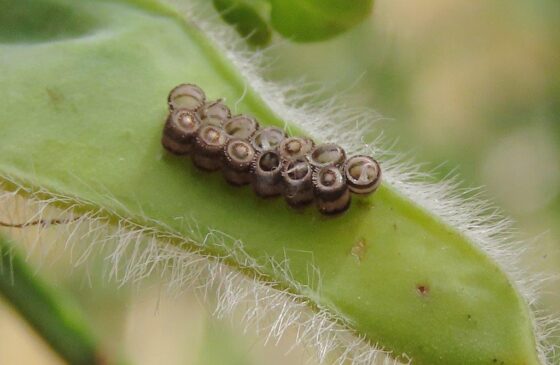 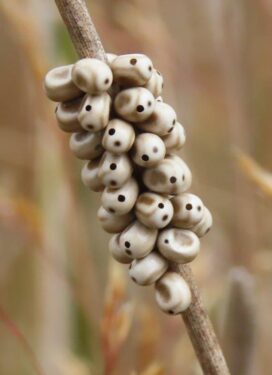 Finally a few vignettes of nature from the always rewarding Cockaynes Reserve:
BirchLight 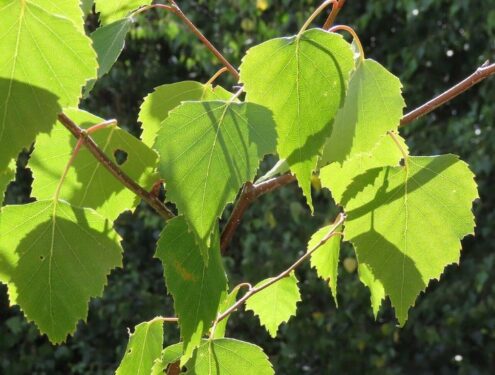 The understated beauty of Wood Sage in full bloom 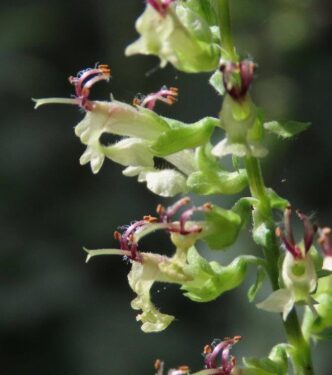 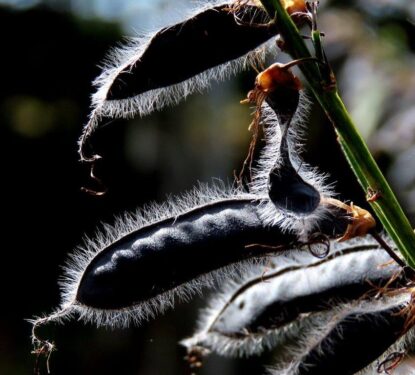 And last but not least, is this a case of nymphal self-awareness? Does this tiny Squash Bug realise how its antennae and thighs meld into the necrotic margin of its chosen leaf? 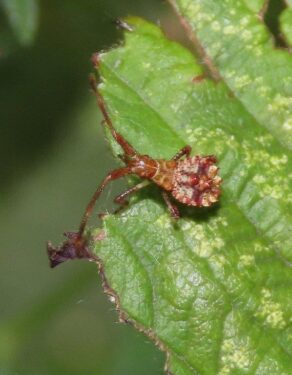