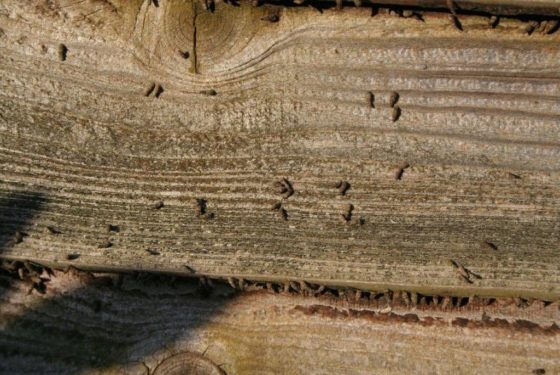 As a naturalist, it is not uncommon for me to be sent photos and specimens in the hope of an identification. One of the most frequent of these are the mysterious things that reside on garden fence panels, occasionally in abundance: what are those strange pupae? Why are the Blue Tits pecking at my fence? 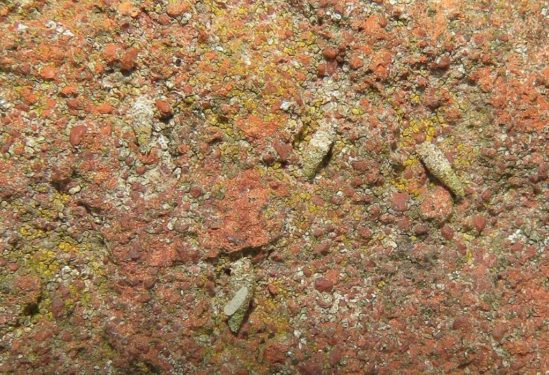 Well, they could be pupae. Or larvae. Or adults. It is a very unusual micromoth, a bagworm called Luffia ferchaultella that lives its entire life in a silken bag, up to 6mm long, which it adorns with bits of its environment: grit, flakes of lichen etc, usually, but not always, giving it a considerable degree of camouflage. 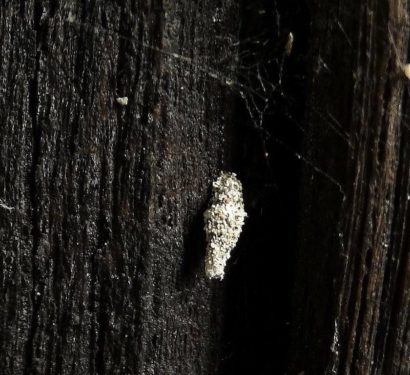 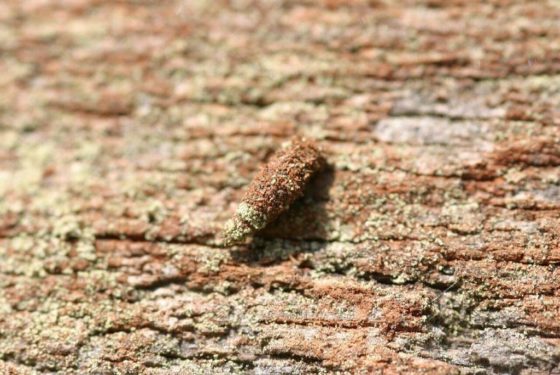 Adults are wingless, and so look rather like larvae. And what’s more each and every one is female: they reproduce parthenogenetically, producing more flightless females – hence the English name I give them: the Virgin Bagworm. She lays her eggs inside her bag, and when they hatch, the larvae commence building their own bag while still inside their late mother’s one. In some species, perhaps including this one, one of the first meals may be the maternal body, but for the most part their larval period of a year or more is sustained by grazing on algae and lichens growing around them. Then pupation, and the short-lived adult period, maybe two weeks, necessarily short as the adult is without functional mouthparts.

All very bizarre. But that’s far from the whole story, and there’s no doubt more to be discovered. Very recently through genetic studies it has been suggested that in fact ‘Luffia ferchaultella‘ is actually no more than a parthenogenetic, female-only form of Luffia lapidella. While this has similarly flightless females, they are not parthenogenetic, mating as normal with the fully-winged males. But lapidella is known in Britain only from Cormwall and the Channel Islands, whereas ferchaultella is common throughout England, south of a line from the Humber to the Mersey…

Virgin Bagworms can be very abundant on fence panels, tree trunks, walls etc, and although only tiny, they are easily scavenged en masse by tits, Wrens and other small birds – many a morsel makes a mouthful.

Gallery of other bagworm bags from around Britain and Europe

Although not often noticed, these other species mostly have males, fully-winged albeit weak-flying, rather hairy and sombrely coloured, small to medium sized, day-flying micro moths. Their bags, however, are often seen, if you know what to look for, and most can be assigned with some confidence to a particular species…without ever seeing the inhabitant. 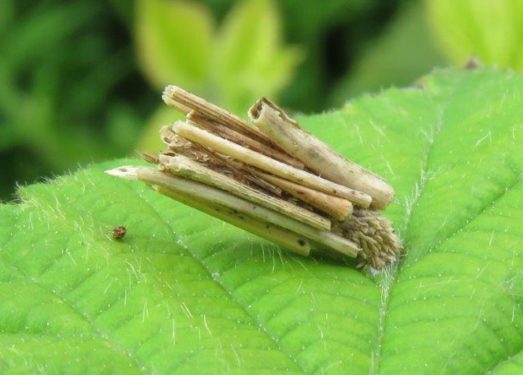 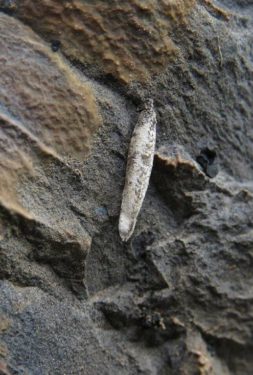 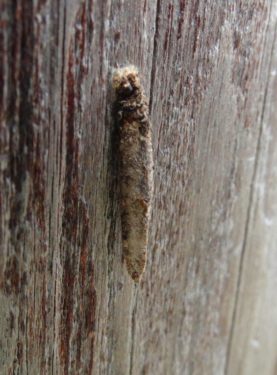 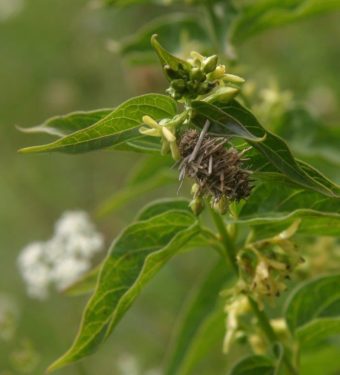 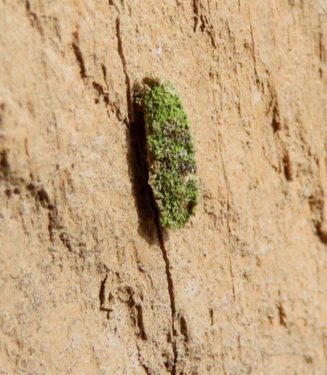 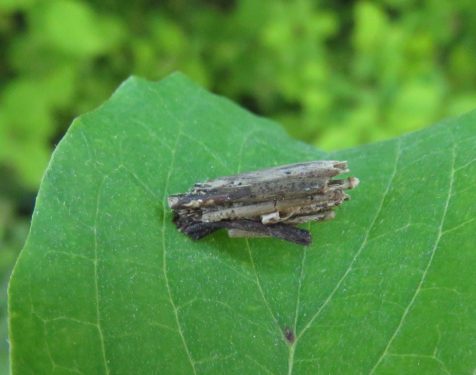 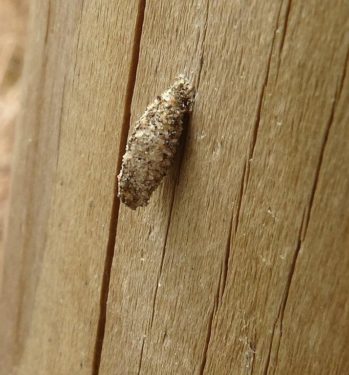 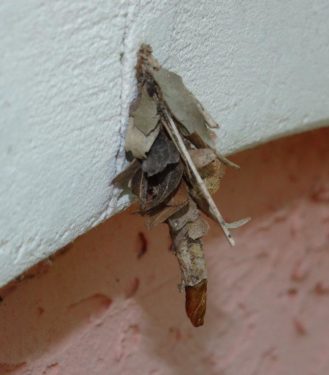 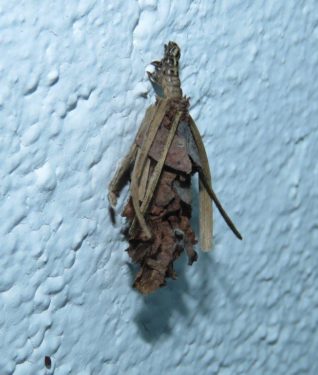 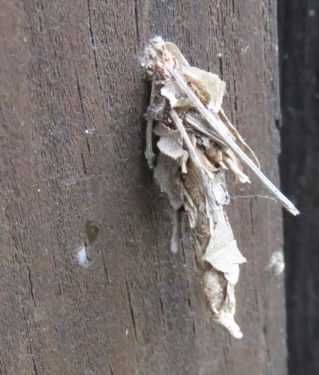