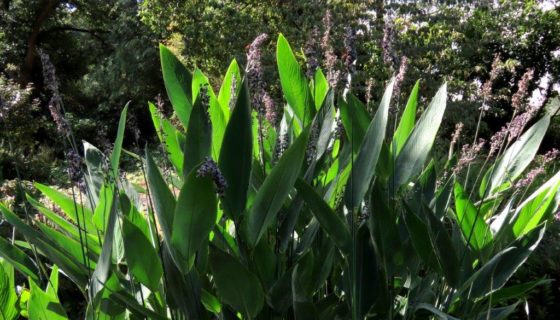 ‘An evergreen, marginal aquatic perennial forming a clump of long-stalked, erect, narrowly ovate leaves to 40cm in length, covered with white powder, and slender stems bearing panicles of purple flowers 2cm across’. This, from the Royal Horticultural Society, neatly sums up the rather statuesque plant that we encountered in Beth Chatto’s garden last summer: Thalia dealbata.

As per usual, when in gardens we seek out insects to photograph and were immediately aware that this plant was covered in SO many pollinators. But dead pollinators. On closer examination, each flowerhead was actually riddled with corpses – hoverflies, lacewings, bees, wasps and blow flies, amongst others – a glistening mortuary for those valuable garden assistants, pollinators and predators alike, all stuck headfirst into the mouths of their nemesis. 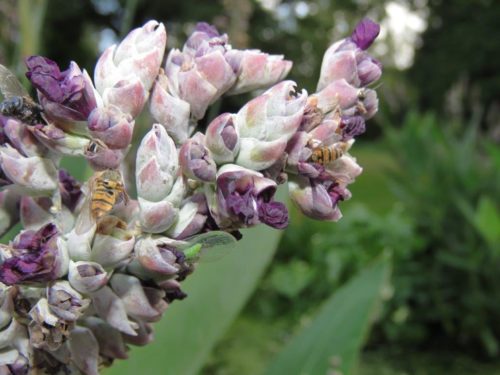 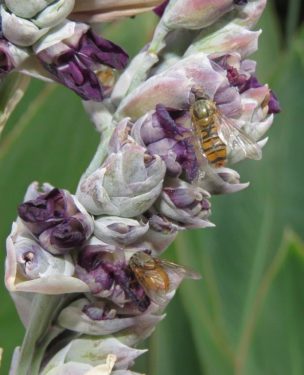 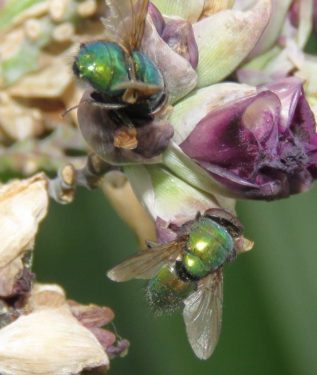 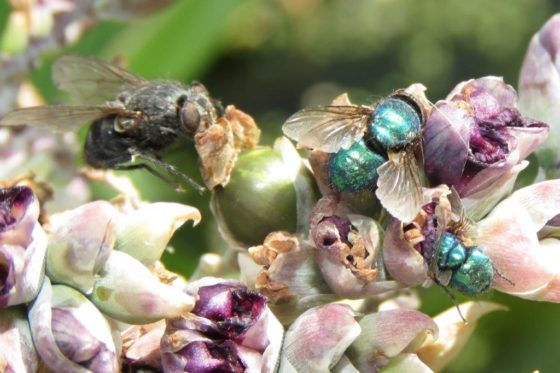 The scale of the carnage was, quite simply, shocking. Some, still alive, like this Honeybee we managed to release, but most were dead. Lost to the world. 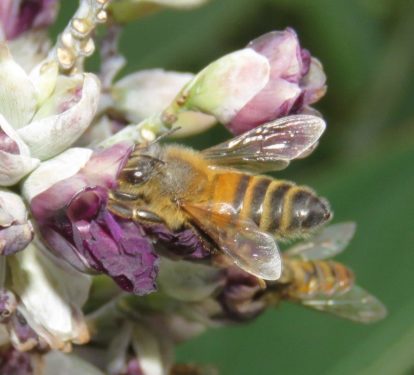 Reference to the internet shows this is a recognised phenomenon. The plant has no reason to kill its visitors – it doesn’t digest them like a truly carnivorous species: it seems that the flowers have an elastic style, used in explosive pollination which can and does trap insects. 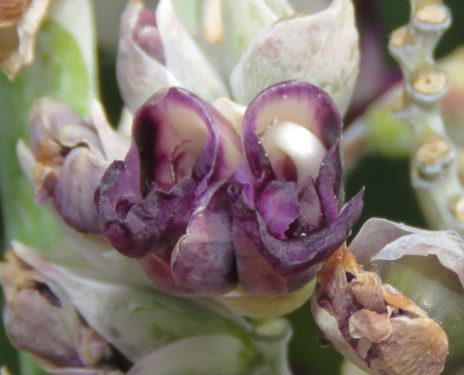 In its native central American/southeastern USA range it is normally pollinated by large and powerful Carpenter Bees, capable of extricating themselves from the flower’s fatal embrace. Anything smaller is trapped and starves, mere collateral damage, cannon fodder in the battle for life.

But at times of an Extinction Crisis, that is one pressure our array of pollinators, necessary not just for the plant’s but for our species’ continued existence, can do without, dozens of pollinator lives being extinguished unnecessarily for each flowerhead. We raised our concerns with the Beth Chatto gardeners, and they promised to investigate, perhaps to remove the spikes of (to our eyes, rather unlovely – they often don’t seem to open fully) flowers, leaving only the stately leaves to give emergent architecture to the water margins. 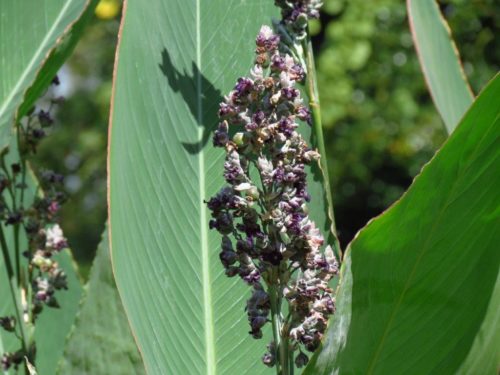 And to their credit, the Beth Chatto online sales catalogue does at least draw attention to this antisocial behaviour attribute of Thalia: ‘Please note that the plant has an unusual mechanism for pollination which results in some pollinating insects remaining trapped within the flower, where they can perish. Hover flies appear the most affected.’

No other suppliers that we came across made any such references to the ‘special properties’ of Thalia, so we started a bit of a Twitter campaign to raise awareness, and perhaps get restrictions on the sale of the species, or to at least persuade suppliers to inform potential customers of the plant’s fatal attraction. And perhaps in response to this, we note that six months on, the RHS website now contains the following sentence: ‘Although not carniverous [sic] as such, this plant may trap and kill small insects such as hoverflies and small bees during the pollination process.’ Not the unequivocal recommendation not to buy and grow it that we might have hoped for, but a start nonetheless…

The RHS also provides a list of recommended stockists, of which six are noted for Thalia, one in France and five in the UK (including Beth Chatto’s). Two of those seem no longer to list it on their catalogues, but that still leaves three well-known British aquatic plant suppliers who do without hesitation, one even noting it is ‘much frequented by butterflies, moths and other pollinators’ without giving the full story. And of course other UK suppliers are available, though in the first three pages of a Google search, none referred to Thalia’s nasty little habits, save for World of Water Aquatic Centres which in its information table asks ‘Perfect for Pollinators?’, and gives the answer ‘No’, albeit without explanation.

We shall be contacting suppliers to try and persuade them to at least mention this issue, if not withdraw it from sale , in the hope that insects can be saved and eco-conscious gardeners are not upset at the behaviour of their latest purchase. And future updates to this blog may include a ‘name and shame’ as well as a ‘Hall of Fame’! 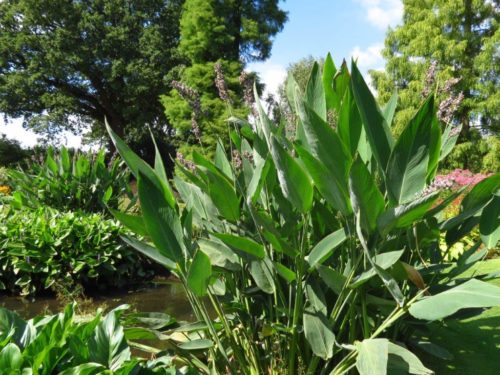 It is with great pleasure I can report that the staff and management of Beth Chatto’s have responded very positively to the issues raised by Thalia, and this summer initiated a regime of removal of the flowering spikes as they start to emerge. Their actions and thinking is detailed in a recent blog  by Dave Ward: see here.

They will still be selling the plant, but with a strong advisory note to buyers to follow suit and ensure flowers are removed. Let’s hope that other gardens, nurseries, suppliers and industry bodies will take note, and do likewise.