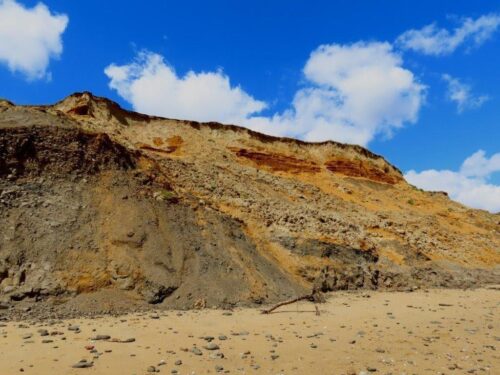 The three day walks in May, all in the first half of the month, took place in a variety of weather conditions, everything except warm, calm Spring sunshine! The middle one was the worst, with torrential rain giving way to gale force winds, but all were breezy, and all suffered from a spring delayed by an April fare of cold north-easterlies and night frosts. 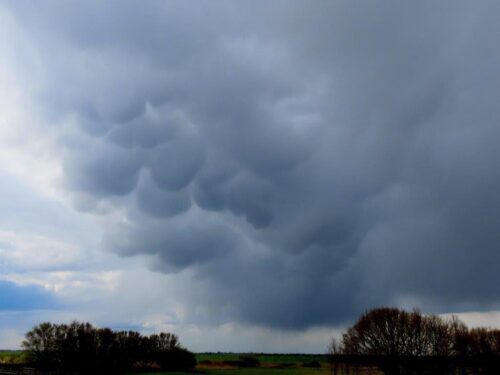 While visible bird migration has been a mere trickle, with really only a few hirundines, the odd Yellow Wagtail, small groups of Whimbrels and one splendid Hobby, the results of April’s arrivals have been rather spectacularly numerous. Whitethroats in particular, with 30 or more singing in the spells of better weather, seemed to be in every patch of Brambles, while the later-arriving and less numerous Lesser Whitethroats reached a respectable half-a-dozen. 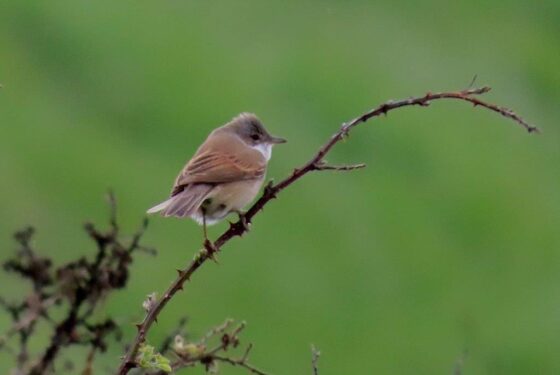 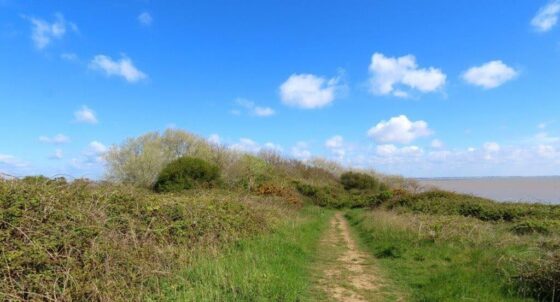 Cetti’s Warblers usually made their presence known, the latter now typically with 5 or 6 singing males, levels unheard of a short few years ago, and on one walk we managed to get reasonable views. Which of course for a Cetti’s Warbler is any view, however fleeting….! Chiffchaffs and Blackcaps however generally played more fairly, especially in sheltered nooks. 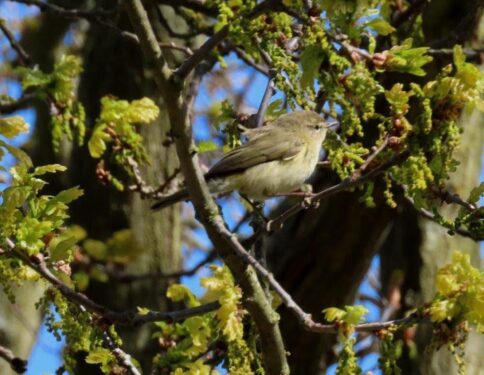 Shorebird numbers dwindled during the two weeks, but as they did more were in summer plumage. Dunlins, Sanderlings, Turnstones and Ringed Plovers made up the bulk (the latter especially in mid month, presumably a high Arctic population). 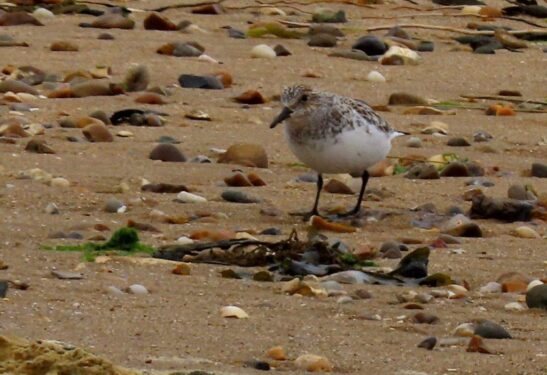 Oystercatchers and Ringed Plovers were trying gamely to breed in small numbers on the beaches, in the face of unprecedented human and canine footfall while a pair of Lapwings displayed, and were eventually sitting on eggs, on a fallow field. 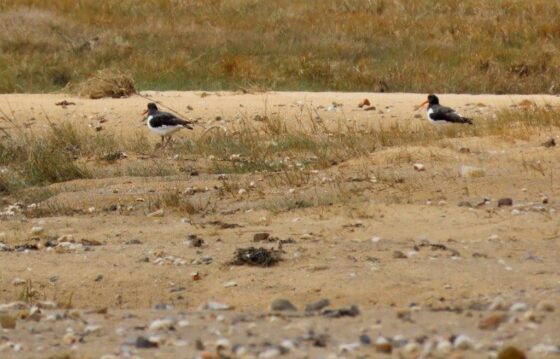 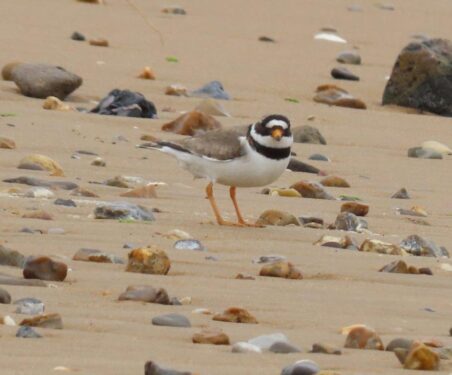 Offshore, although Little Terns had not yet made it, there was a (actually ‘the’) female Eider, a long-staying bird, perhaps not fully adult and not in condition to head to the Farnes to breed, and a single passing Fulmar, together with regular Grey and Harbour Seals. 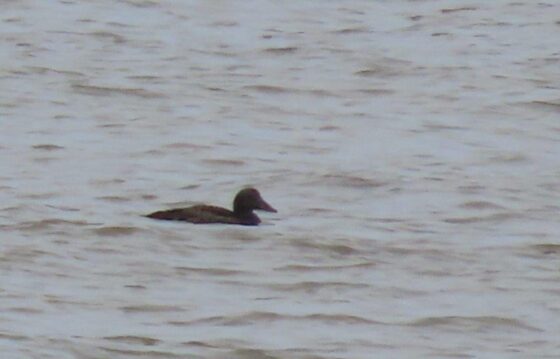 A pair of Gadwalls frequented the lagoons, Mediterranean Gulls put in regular yowling flypasts, and, and as if to compete with the white-winged wonder of the gulls, a Barn Owl put on a surprising early afternoon sortie. 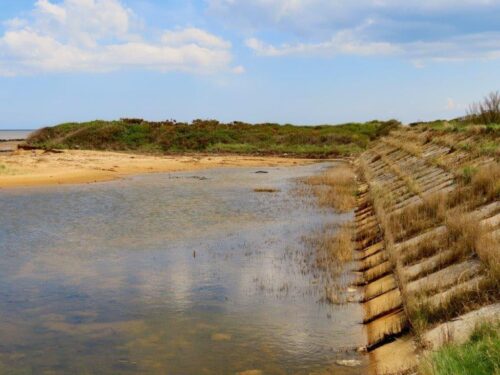 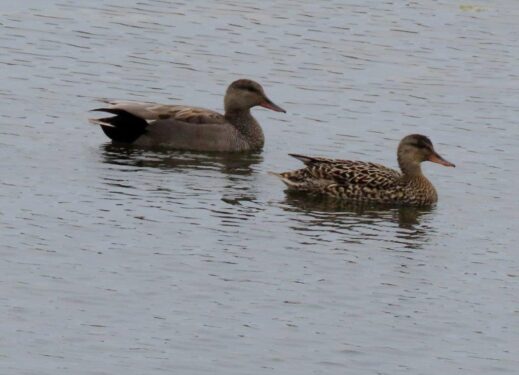 It was on the 8th of the month the Naze was at its wildest: atrocious weather, with heavy rain and strong winds all morning, and when rain stopped the wind just grew in strength. At least, being southerly, it was warm(ish). Remarkably on that day, #GlobalBigDay, we did manage to pull together 51 birds species, most in small numbers, of which the most unexpected was a small, unseasonal flock of Siskins which dropped in briefly.

Flowers were rather few and far between, with White Ramping Fumitory, Sheep’s Sorrel, Bur Chervil and Scurvy-grass providing the interest; Blackthorn, which came and went in a flash, and Gorse (much of it badly frost-scorched) giving the shrubby colour; leaving Alexanders the job of feeding the insects, at least when it was warm enough for them to be flying. 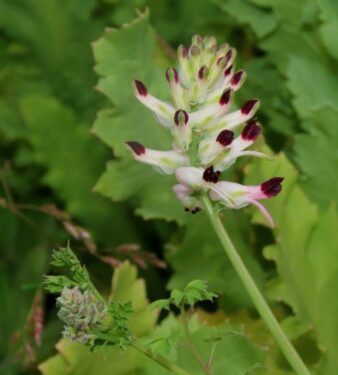 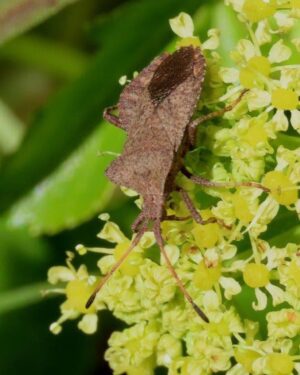 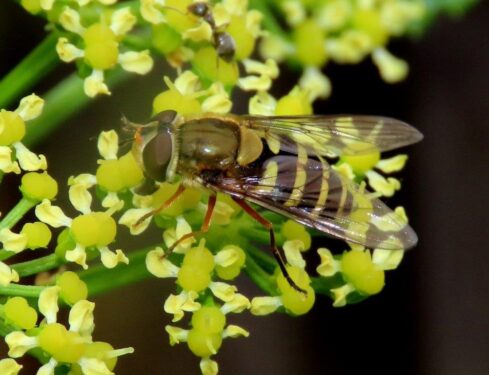 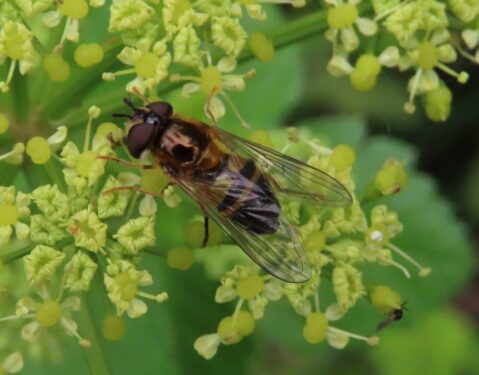 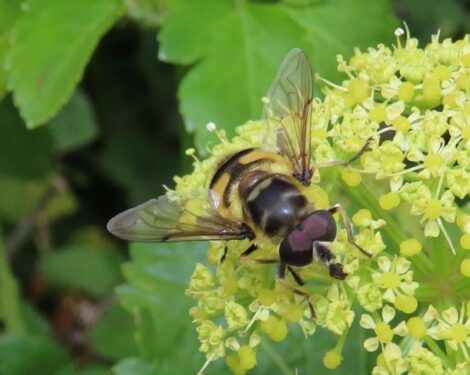 Most obvious insect, as ever at this time of year, albeit appearing about a week later than its eponymous date, was St Mark’s Fly, and as the month progressed, several related Bibio species joined it on the umbels. 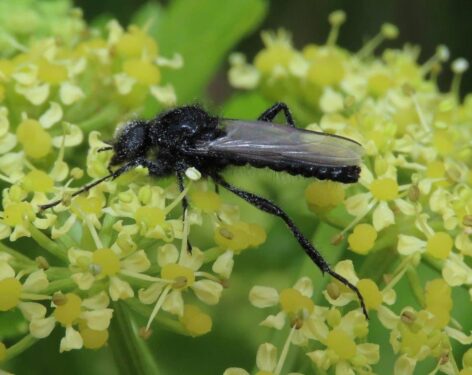 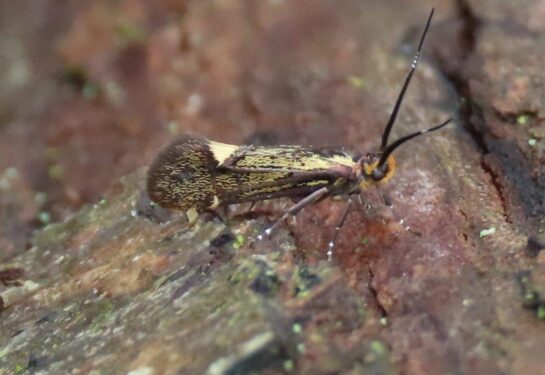 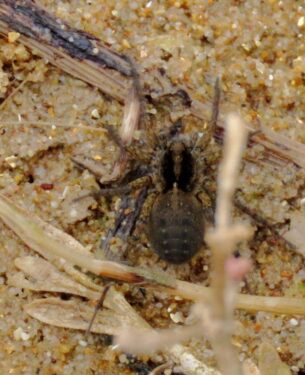 But even in the worst weather, there are some things that are reliable. Lichens for one…. 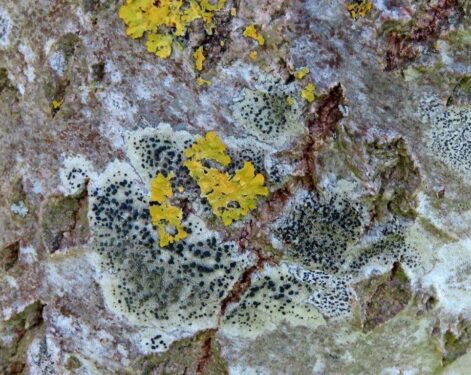 …. and of course the geology: the story of the past 50 million years, tales of tropical lagoons, volcanoes, continental collisions and the dawn of the Ice Age. Always there, always impressive, always appreciated, from Red Crag to London Clay, septaria nodules,  faulted volcanic ash bands to pyritised wood and other fossils. 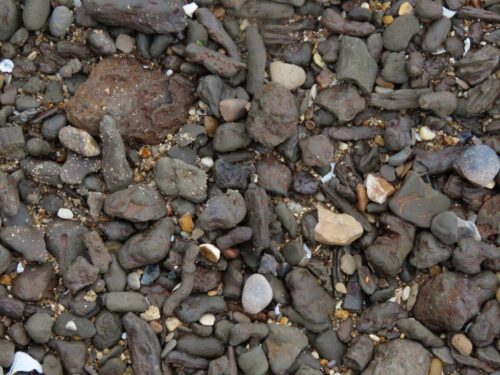 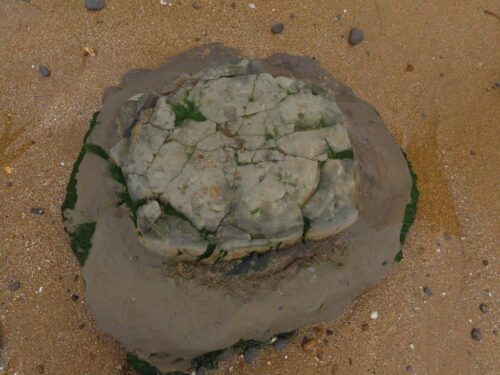 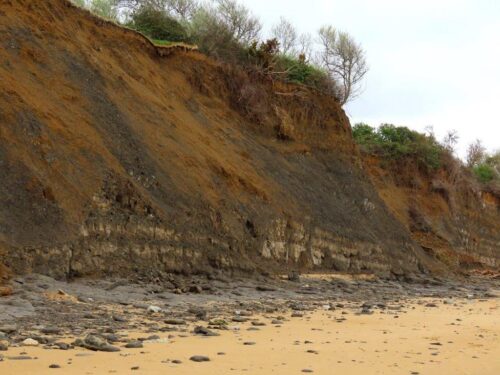 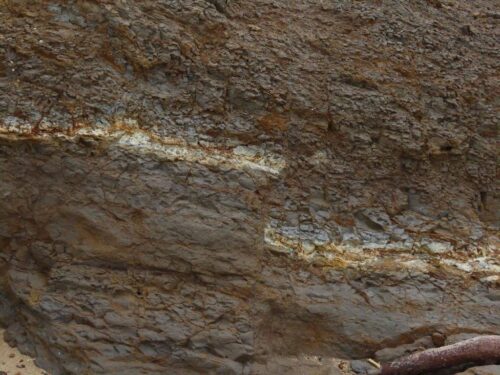