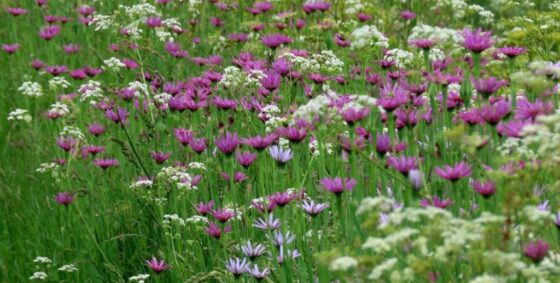 It all started so well – warm and humid –  though the darkening skies were a portent of the heavy rain that was to follow and which eventually brought our morning to a rather abrupt end!

Anyway, back to our morning which began with a look at the ‘Splash-zone’ salt marsh plants which make their home along the promenade, and thrive there thanks to the frequent splashing of the waves and, fortunately, the lack of applications of the dreaded Roundup, of which so many councils are inordinately fond. These plants included Sea Beet, Lesser Sea Spurrey and Buck’s-horn Plantain.  A rather attractive soldier-beetle Cantharis rustica put in an appearance whilst we were walking along this section. 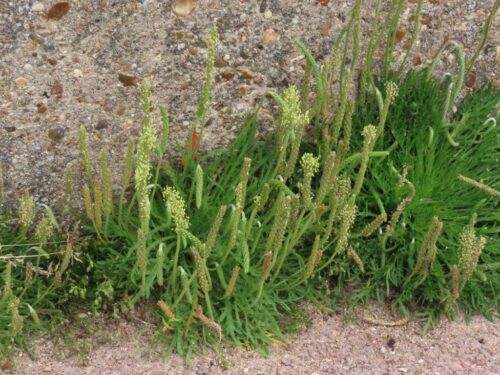 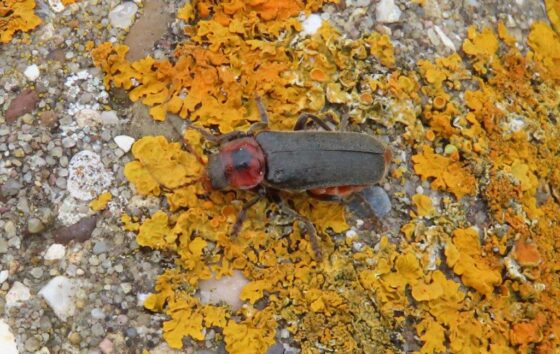 Various birds provided the backdrop sound-scape  – Lesser Black backed and Herring Gulls over the water, whilst Cetti’s and Reed Warblers, Skylarks, as well as Blackbirds and Robins, accompanied us throughout the rest of the morning. Along the sea wall we were pleased to see flowering of lots of typical plants, both natives and non-natives, including Cow Parsley, Alexanders, the beautiful pink/purple Salsify which goes to bed at lunchtime, plus the pink-flowering Tamarisk, a lover of coastal regions. 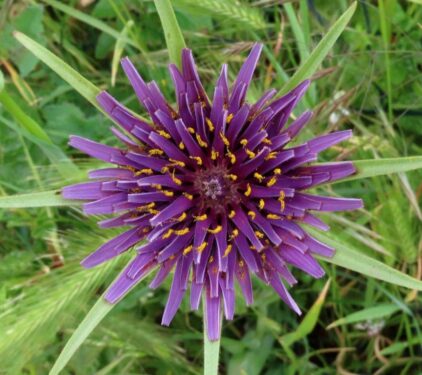 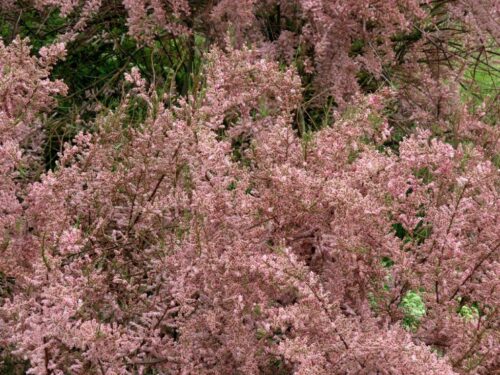 Either by accident or design, (the previous growth of Gorse bushes having been removed last year), the bank along the road opposite the Lido is a mass of flowers including the not-so-common White Ramping Fumitory and Field Scabious, both loved by insects. Although insects were not out and about as much we would have liked, several were apparent, including a three-some of Dock Bugs on the dock leaves along this bank. 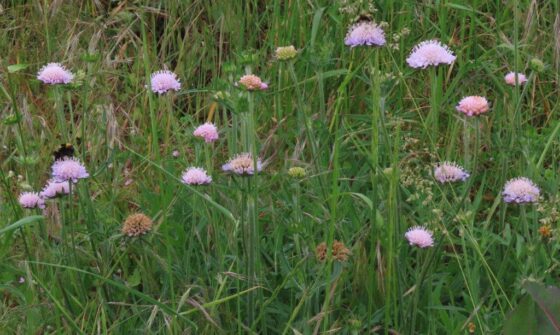 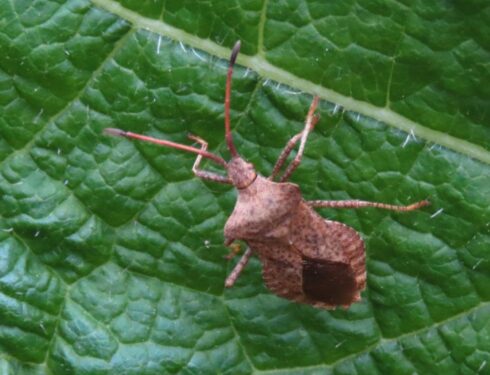 Once up on the sea wall, other insects presented themselves – green tortoise beetles, stretch-spiders (shining almost like burnished gold in the gathering gloom), a Bramble Sawfly, plus numerous other flies, bees and spiders. A few beetles made an appearance including Seven-spot Ladybirds and the relatively large leaf-beetle ‘Banksy’ (officially Chrysolina banksii)… 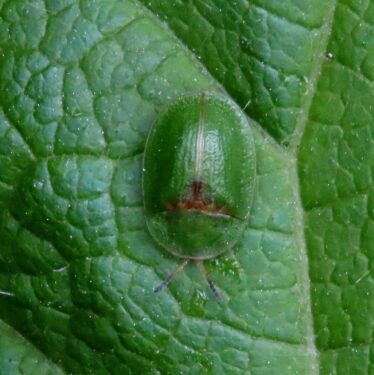 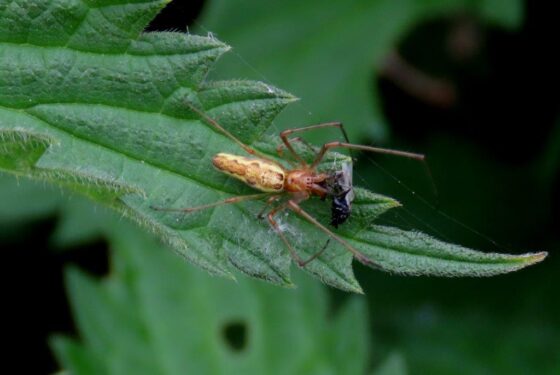 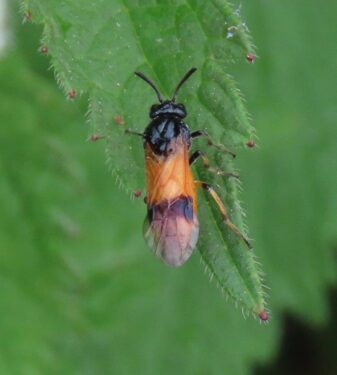 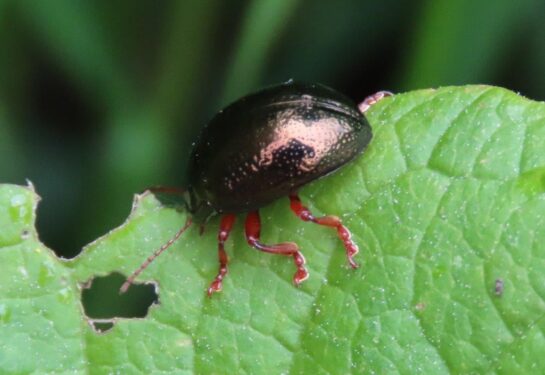 Some insects are only apparent by the traces they leave, for example leaf mines ( here, on the Spear-leaved Orache) – where very small insect larvae live the first part of their lives within leaf-tissue, and galls. 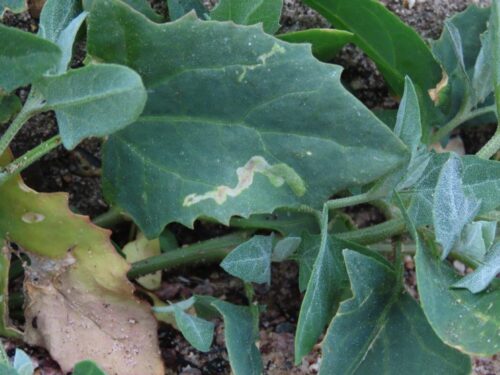 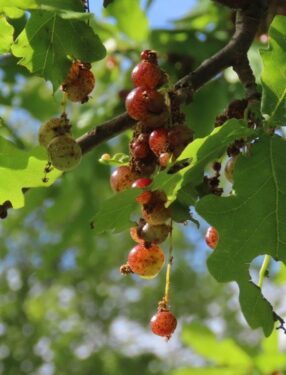 Galls are fascinating and a result of a plant’s reaction to an ‘attack’ by another organism, be it fungus, insects or mites. The affected plant, as a kind of damage-limitation exercise, creates a specific area to keep the perceived infection separate from the rest of the plant, hence the wonderfully varied galls that can be seen on many plants. The Oak is the champion as far as galls are concerned, and over 50 different types have been recorded on these trees, and today we did spot two – cherry and currant galls (above right) – on trees in the Lozenge.

We were disappointed not to be able to linger (because of the now persisent rain) in the delights of the Lozenge Community Nature Reserve, but perhaps we can revisit at another time.  Perhaps a summer evening with the bat detector and moth trap?  Let us know if this would be of interest to you. And next time hopefully we will get to sample the fare in the new Lido café! 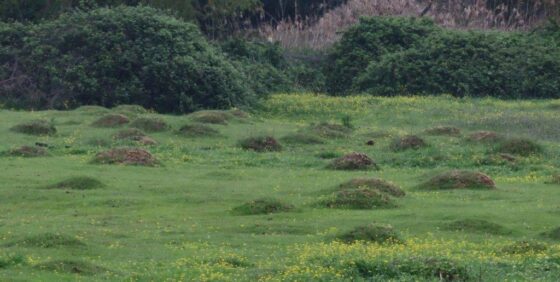