Things all got off to a rather inauspicious start – a poor cow got hit on the railway line and so our connection to Colchester (and onward to Cambridge) was in considerable doubt.  We debated whether to get a taxi (unavailable), bus (would take too long), or to rouse Helen’s husband from his slumber (it seemed a bit rotten), whilst Anita, already at Colchester, had been befriended by a helpful knight in shining railway-uniform and was relaying messages by text.  We decided that the most painless thing to would be to just abandon all hope of going and have a nice walk on Lower Lodge instead, until a shout of ‘All Aboard for Colchester’ rang out from the station master and we all broke into a sturry  (see The Meaning of Liff !) and managed to get all aboard just in time.  Our select group of local nature watchers (Pippa, Helen and Jenny), as well as us of course , eventually arrived at Colchester where Anita was calmly waiting.  We piled on to the train to Ipswich and set off, shaken but not stirred. 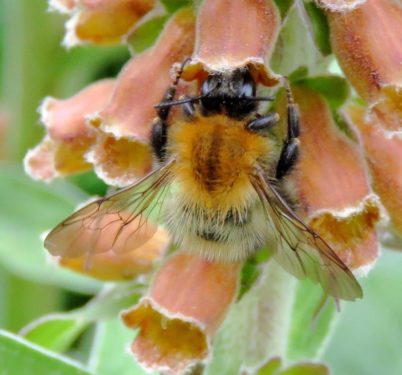 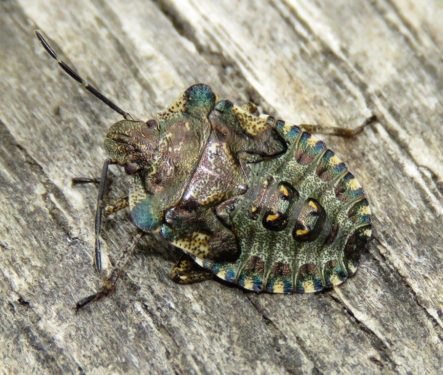 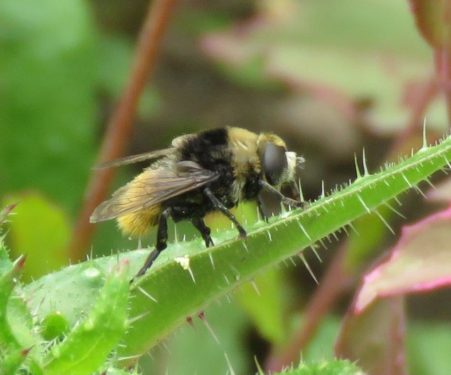 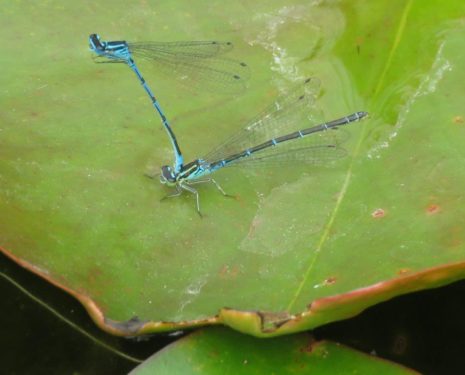 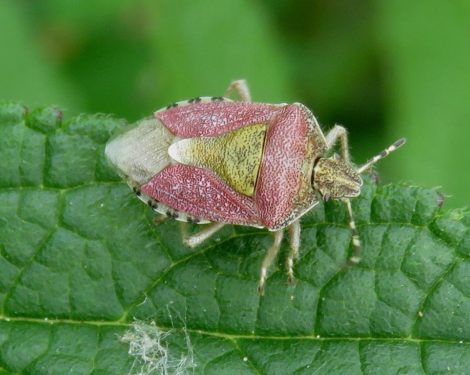 Cambridge was rather overcast and decidedly muggy, but all the same pretty good conditions for a Grand Day Out in the superb Botanical Gardens. First impressions from the group (most of whom had not visited before) was ‘WOW’.  Not only are these famous gardens an important centre for plant science and research, but are also beautifully laid-out and well-managed, showcasing plants typical of specific habitats e.g. chalk, dry, fenland, tropical and alpine, to name but a few.  Evidence of ‘managing with wildlife in mind’ was apparent- large swathes of grass left unmown for wildflowers to grow.  To use their blurb – “the Garden (is) a green oasis in the City that’s great for spotting wildlife’ and “ our wildlife friendly approach ensures that the Garden has an army of birds, insects and amphibians to help control pests and diseases.” 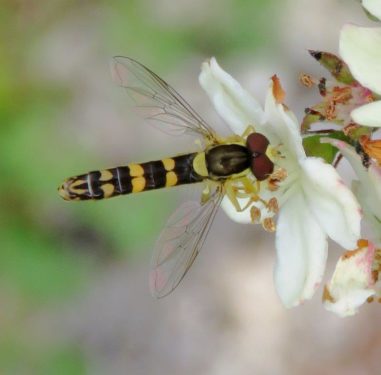 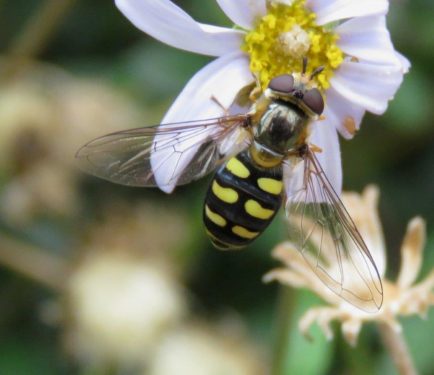 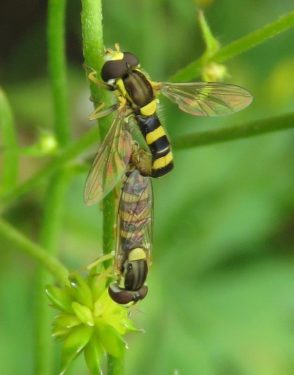 First stop was for a much needed coffee in the café where we also eyed up the lunch options.  We were then treated to an hour and a half’s walk lead by Chris, looking at some of the many interesting plants and insects. 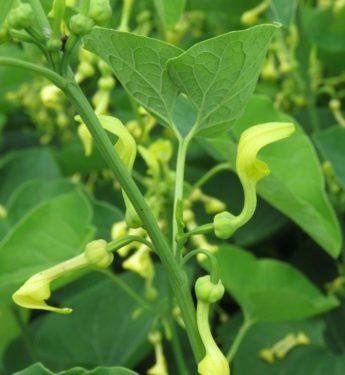 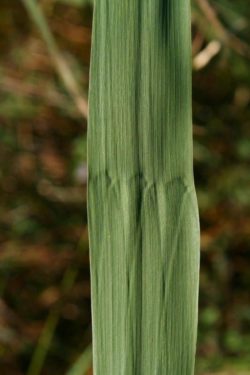 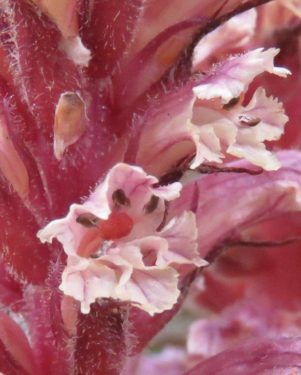 Nearly everything seems to have a story  – the Birthwort, which due to the decidedly ‘gynaecological’ appearance of its flowers was thought to aid abortions; the Common Reed which the Devil took a dislike to, due to it being so perfect, and so bit into each leaf out of jealousy (each leaf has visible ‘tooth marks’);  the Broomrapes which need no chlorophyll to live as they parasitise other plants and get all their nutrients from them, hence they always look dead and brown even when fully alive. 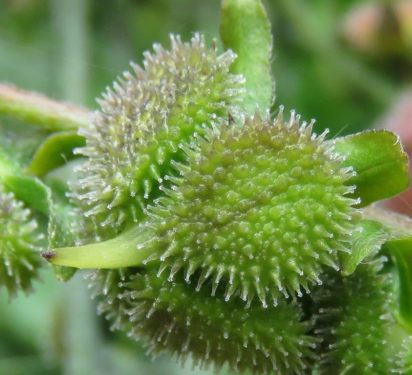 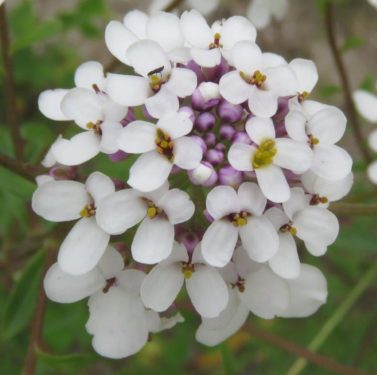 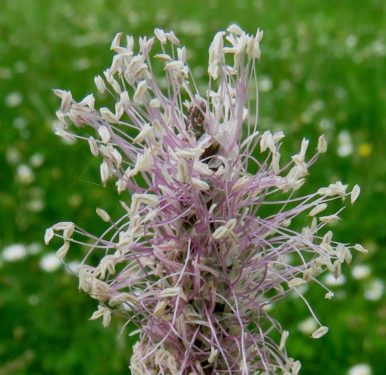 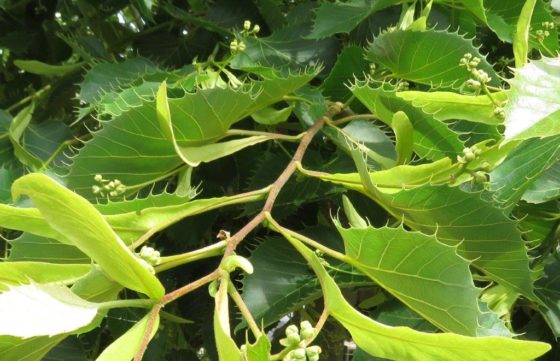 So many of the plants we seemed to catch just at their right time: the beautiful Hoary Plantain in magnificent flower; fruits of the Hound’s-tongue; the fabulous spiky leaves of Henry’s Lime; and, once you look closely, the multi-coloured Wild Candytuft. 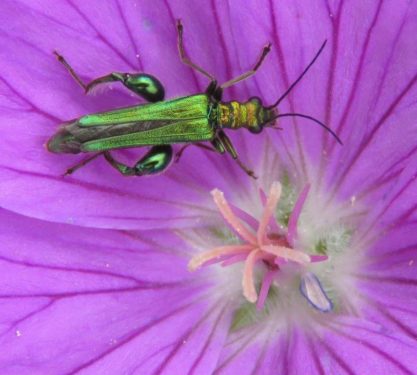 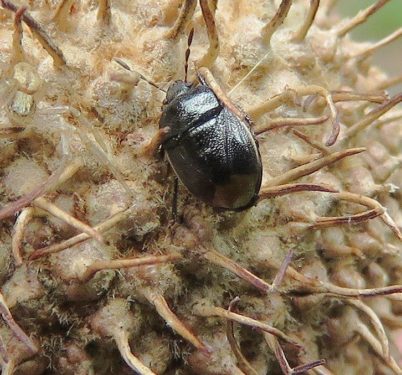 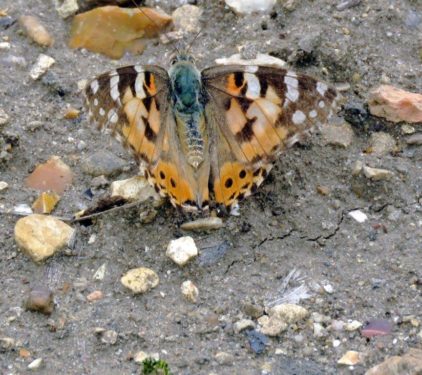 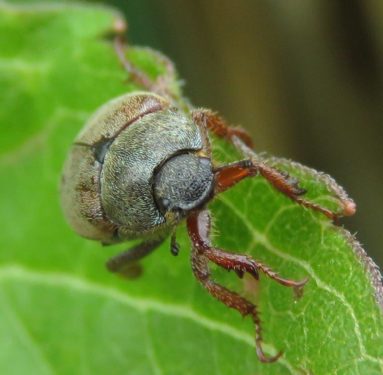 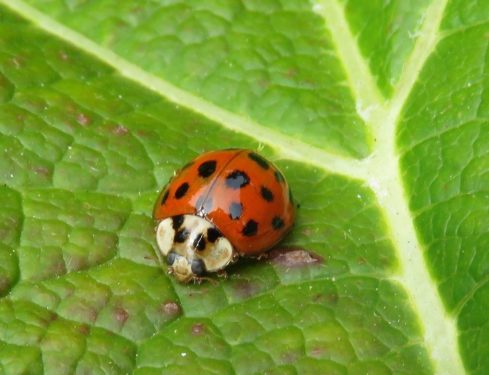 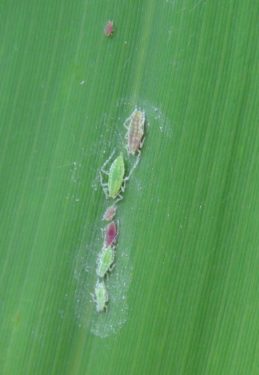 Insects were looking marvellous – just a few of our favourites – a male Thick-thighed Beetle; a new-to-us, tiny Bordered Shieldbug;  a Painted Lady butterfly (an immigrant butterfly at the moment very plentiful in Suffolk and Cambridgeshire); the Garden Chafer beetle; and the ubiquitous Harlequin Ladybird, a useful friend to gardeners as it ravenously devours aphids, though has also had bad press as it may have lead to the decline of a once-common species, the 2 spot ladybird. 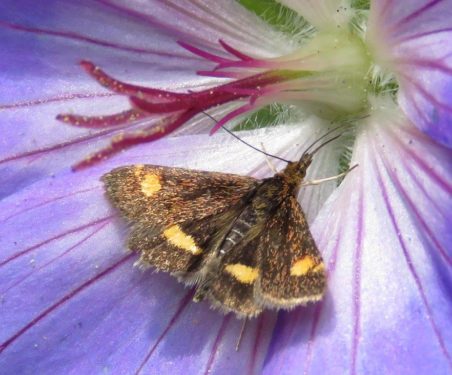 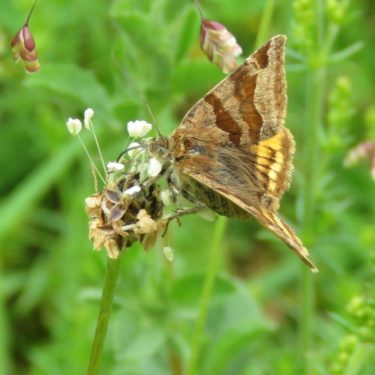 The afternoon session, where we were joined by Annette,  a very keen naturalist and ‘moth-er’,  looked at some of the more specialised areas of planting and as the group went their separate ways, some of us had time for a quick tour of the glass houses before leaving. 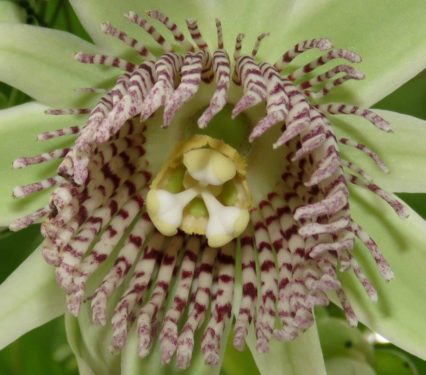 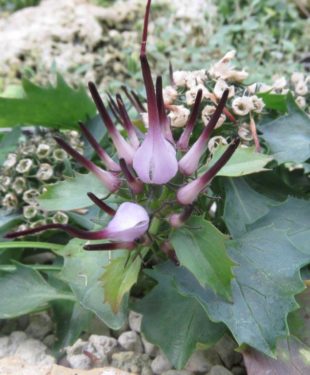 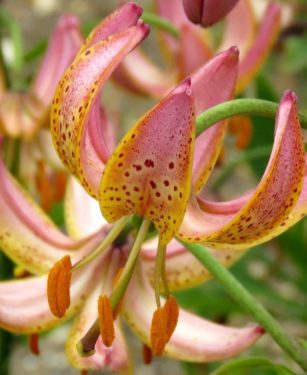 We hope that everyone who came along enjoyed the Day Out – we certainly had fun and would like to thank the group for their enthusiasm, calmness in the face of traffic adversity, and wonderful company.