So lovely today: a misty start, but very still. As the mist dispersed towards lunchtime, so the sun came out and it turned into a perfect, warm spring day. The new season’s crop of insects were taking advantage of it in a big way, basking to warm up and get on with the important business of feeding, growing and reproducing.

True bugs come in various shapes and sizes, but all have sucking mouthparts, to feed on plant sap in the case of those shown here. Green Shield-bugs have overwintered as adults, and the baskers included some still in ‘winter plumage’, dull brownish, as well as crisp green (but well-camouflaged) ones in their summer apparel. 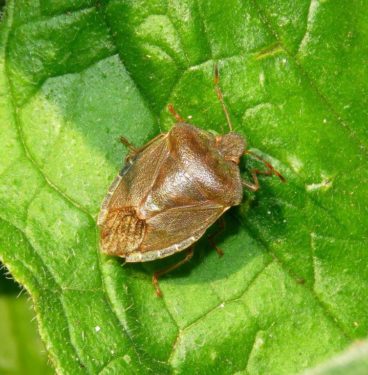 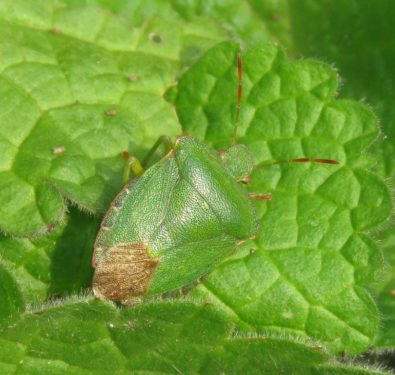 The grass-bug Stenodema laevigata  and the violin-shaped Squash Bug Coreus marginatus also winter in the adult stage of their life-cycles: good reason not to be too tidy in a garden and removing their chosen sheltered hibernation sites. The former also undergoes seasonal colour changes, brown to green, albeit less marked than in the Green Shield, while Coreus remains brown throughout, perhaps finding some camouflage among the necrotic brown leaf patches left by its feeding activities. 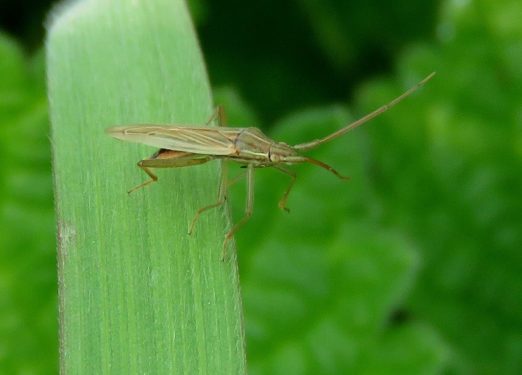 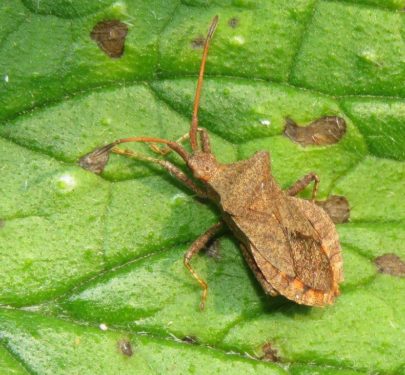 Aphids too are plant-sucking bugs: after such a mild winter we should expect large populations to build up rapidly, although if we don’t interfere with (ie poison) nature, using pesticides, hopefully their natural predators such as ladybirds (below left, a 10-spotted Ladybird checking out an ensheathing throng of Elder Aphids) will exert their natural controls. 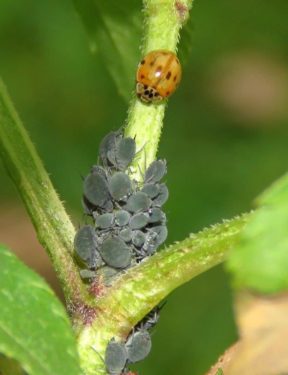 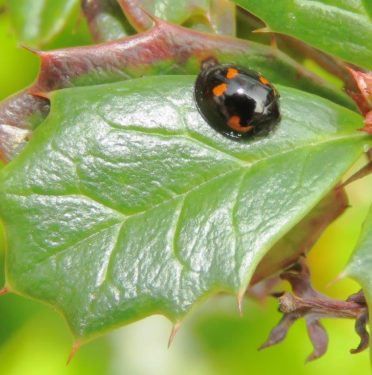 In fact, ladybirds were everywhere. There were a few of the familiar Seven-spots and Harlequins, and an occasional Pine Ladybird (seemingly no longer restricted to the leaves of the plant after which it is named), a smaller species with a spot and a comma on each wing-case (above, right). But the vast majority, presumably recently-emerged, were Ten-spotted Ladybirds – at least, probably this species, given the extreme variation in pattern and colour, as shown here – none of these actually have ten spots! 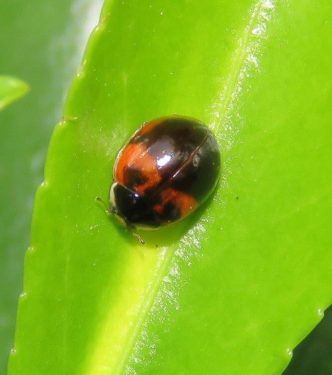 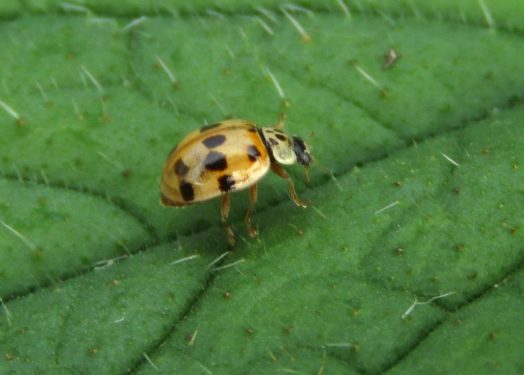 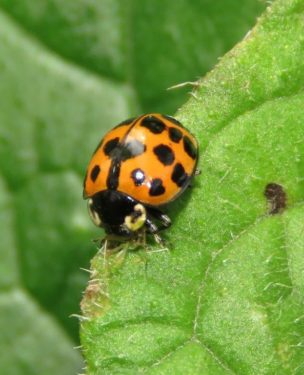 Ladybirds, while variable, usually have the combination of red and black, or yellow and black, indicating that they are unpalatable to birds. Other, presumably more palatable beetles, rely for their defence on camouflage, although this tortoise beetle Cassida rubiginosa also has an all-encompassing carapace which must help. 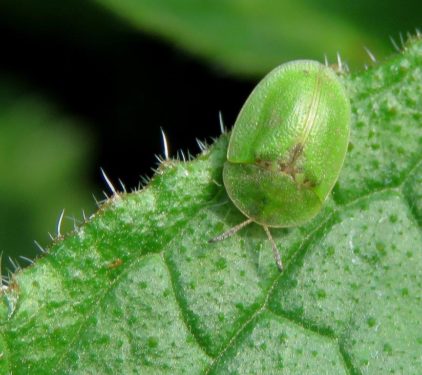 Other predators were of course also out in force, in places seemingly almost every other leaf harbouring spiders. Most were Nursery-web Spiders Pisaura mirabilis, but a smaller one was a Xysticus crab-spider (probably X. cristatus, at the boldly-marked end of this species’  spectrum). And the spiders were mainly after flies – today witnessed a large emergence of adult Lesser St Marks Flies, which typically appear a little in advance of the larger, ‘true’ St Mark’s Fly, which usually puts in its first appearance around St Mark’s Day, 25 April. 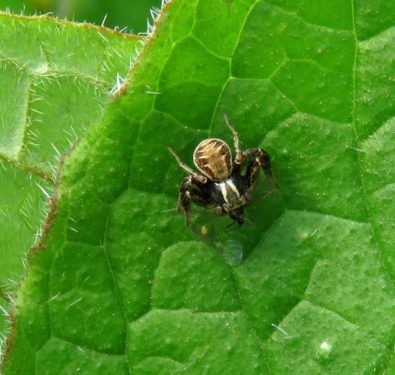 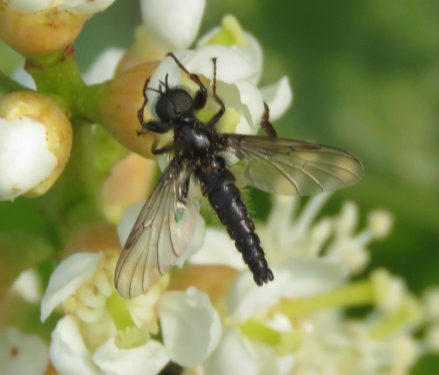 Finally, back to the beetles. Acorn Weevils are one of the most charismatic of critters, whose larvae develop inside acorns. Last year, we remarked with concern how few we had seen, so it was something of a relief to see several out and about today, both long-snouted females and (relatively) short-snouted males. 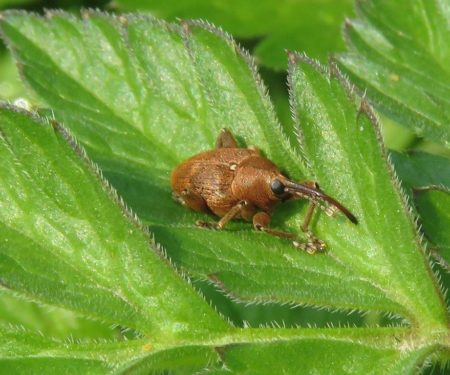 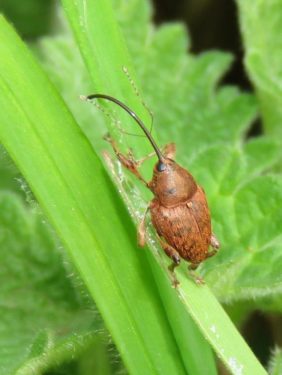 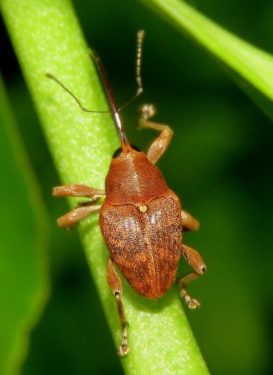 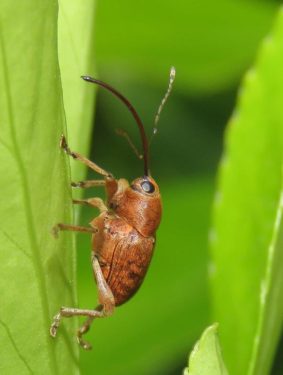 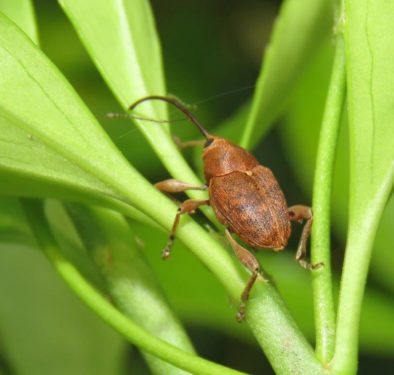 A couple of days on, and another exciting insect from the same area. This is a Parasitic fly called Tachina lurida, whose larvae live as internal parasites of the caterpillars of some larger moths. May well be widespread in Essex, but the records show only three previous from the county, including one at Brightlingsea. 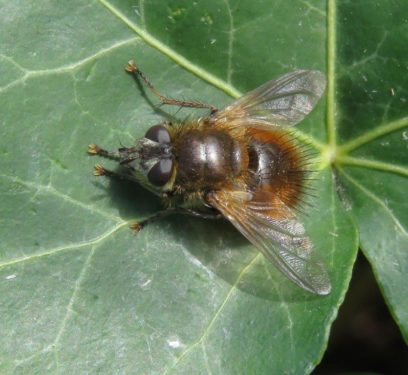