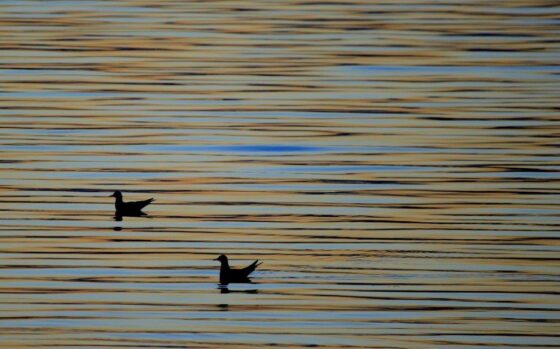 During the three decades I worked for Natural England and its predecessor bodies, much of my time was devoted to Essex, and among the many things I tried to do was put the wildlife of Essex on the map. Partly to counter the negative image of Essex, both in the popular media (Loadsamoney and Essex Girls in the 1980s), latterly in a sequence of Far Right Tory MPs), and even in the more refined sphere of conservation. That negative image is enduring: there is a story that someone, sometime as long ago as the 19th Century said of Essex that it is ‘flat and boring‘, to which the response was ‘no, it is slightly undulating and boring….’

Given the pressures on the coast, and its incredible concentrations of birds, salt marshes and other wildlife interests, not surprisingly my PR efforts focused on our coastline. That proved particularly apposite as we started to invent and embrace the ideas of respecting and using natural coastal dynamism in its protection. ‘Managed realignment‘ was born in Essex: we turned an idea in a back room in Colchester in the late 1980s into reality, and Government policy, in just a few years.

So to try and see the nature reserves and other protected areas of Essex coast taking their rightful place in the pantheon of ‘jewels in the crown’ I wrote a series of four booklets over thirteen years, each growing and (largely) improving on the previous version.

First in 1990 was a small A5, 12-page, black-and-white booklet, modelled on and indeed adopting the house style of existing, rather lo-fi, Nature Conservancy Council National Nature Reserve booklets. Only 3297 words long (thanks, Jude, for counting them!), it did feature specially commissioned line drawings from the renowned local artist Richard Hull. Sadly, through the editions, these were phased out as printing advances made the use colour photographs more feasible: all are reproduced below for posterity. 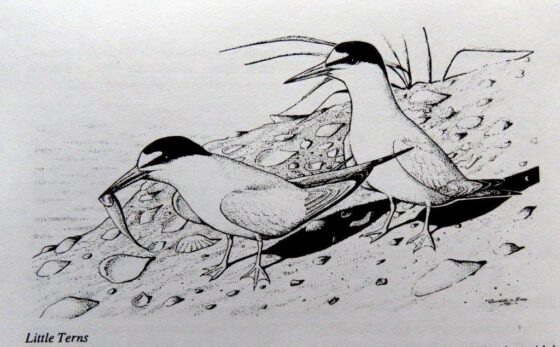 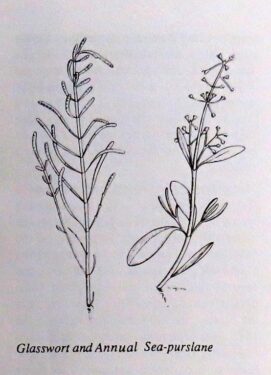 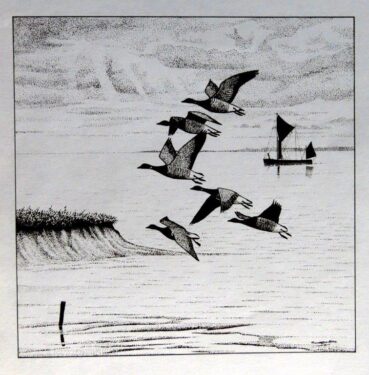 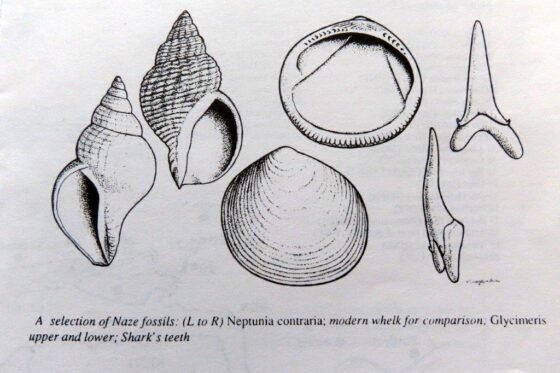 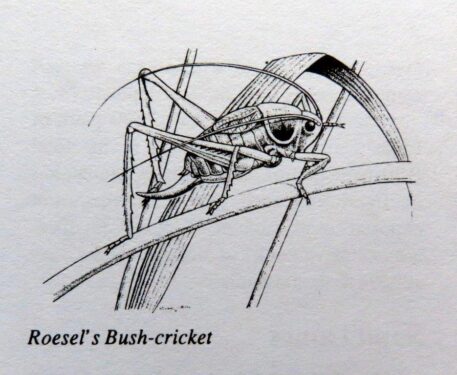 Rather less successful was my attempt at cartography, all Rotring pens, Letraset labels, and Letratone transfers for the shading, on tracing paper, using my university dissection scalpel. Those were the days! But, pretty soon, the print run of 2000 was exhausted, as it was a free publication, and at that time we still used to attend major events such as the Essex and Tendring Shows, where many disappeared into the voluminous bags of small children. But who knows, some may have hit home!

By 1993 an update and reissue was needed, and it emerged in full colour, thanks to the design input from The Creative Company, who admirably didn’t feel constrained to operate within corporate design guidelines, although their choice of a stippled background tint to the text pages did nothing for legibility. (Note to self: don’t sign anything off until you have seen the hard copy in your hands!). 21x21cm (two-thirds A4, another break from ‘style’), 20 pages and 8185 words long, Richard’s illustrations remained, along with three (professionally drawn) maps and 8 photos, and the run of 3000 lasted for some seven years, at least in part because a (nominal ) charge was levied whenever we could. This edition even got an ISBN: 1-85716-129-7.

To mark the Millennium, in 2000 a new edition was in order (ISBN 1-85716-486-5), and this for me is the apogee in design and utility terms. A5, 40 pages, 12366 words, 67 photos, and still four line drawings, this lovely package fully met my ‘is it readable in the bath?‘ test, my ideas, words and photos expertly and coherently put together by Jacquie South (Jax Design), who also produced the maps. However, having mutated into English Nature, and with a greater focus on corporate identity, this edition never really found favour within the upper echelons of EN hierarchy as we had gone right away from their standards. I remain unapologetic, and its wider reception I think justified it: nominally priced at £2, it sold well (including a bulk order from Essex University Biology Department and hawked by me around the lecture and media circuit), with almost 3000 units shifted in just three years.

So we come to the final (for now) print iteration in 2003 (ISBN 1-85716-762-7): 32 pages, 12364 words, 49 photos but no line drawings, this time grown into the increasingly prescribed corporate style of A4 – and so forgoing ‘read-in-the-bathability’, much to my concern. The print run was 2000, and when English Nature became Natural England in 2006, a partial rebranding exercise with sticky labels was sanctioned as a stop-gap. But by the time the  Colchester office was closed in 2012, we still had about a third left. ‘Destroy them‘, the bosses said, because of the out-of-date branding. But I just couldn’t bear to. I took most of the boxes, and have been progressively handing them out (free) at talks, walks and other events ever since, both before and after my early retirement. Now, at the end of 2020, the well has run dry, and thanks to Jude’s hard work inputting my words (including finding errors – I have to admit to a proofread failure) we have converted the bulk of the 2003 edition into a PDF, updated where necessary with the hindsight of the last 18 years. And while photos for editions 2 and 3 were all created from 35mm transparencies, almost all have now been replaced with more up-to-date digital images. The benefits of time during Covid lockdown! 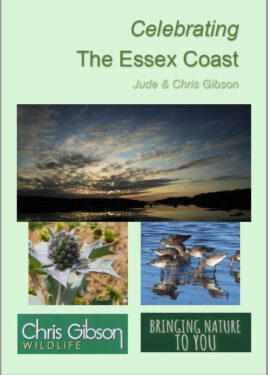 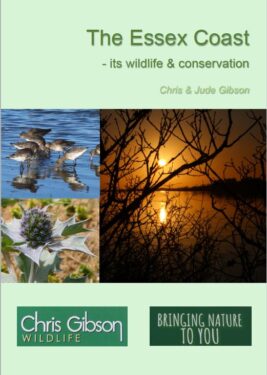 At the same time, we recognised the need for a smaller, less technical publication, so Jude expertly abridged the words and we produced the slimmer, more photo-heavy PDF, ‘Celebrating the Essex Coast‘. We are happy to send out copies of either PDF free of charge if you email us, provided that you accept the fact that your details will be held on a mailing list to shamelessly promote our wares at the time we have something to sell you…

Which, if Covid continues to exert its malign grip on our mobility, may not be too far away. We are now working on not one, but two books. The first, provisionally entitled ‘A Field Guide to the Essex Coast‘ is not a conventional guidebook. It won’t give step-by-step guides of where to go and what to see: there are plenty of other publications that do that already and all share the same problem – the coast is more-or-less dynamic, ever-changing under the influence of weather, currents and tides, so that anything prescriptive is immediately out of date.

Its subtitle is perhaps more accurate – this is a journey not from A to B, but ‘from A to see…’. It provides the information needed, from access points to must-see features to background information, to enhance enjoyment and give readers all they need to explore the Essex coast for themselves. That is explore and engage, involving the excitement of the unknown, rather than being spoon-fed, being told where to go and what to expect to see (and suffer righteous angers if, God forbid, you don’t…)

In three sections, firstly there is the ‘Why?’ Why explore the Essex coast, an introductory, largely pictorial celebration of that which makes to Essex coast so valuable. That moves into the ‘Where and when?’, taking each stretch of the coastline in turn in more detail. And finally, the ‘How?’ – the things you need to know in order to explore safely, for yourself and for the wildlife you may be looking at.

The planned second volume ‘A Field Guide to the Wildlife of the Essex Coast’ will address the ‘What?’. What are the habitats you can find on the Essex coast, how do they work, and how are we humans trying to protect them? What is the wildlife you can find along the Essex coast, both common and rare, large and small? Again not a conventional guide, but full of information about how things survive and thrive on the cusp between land and sea. Watch this space! 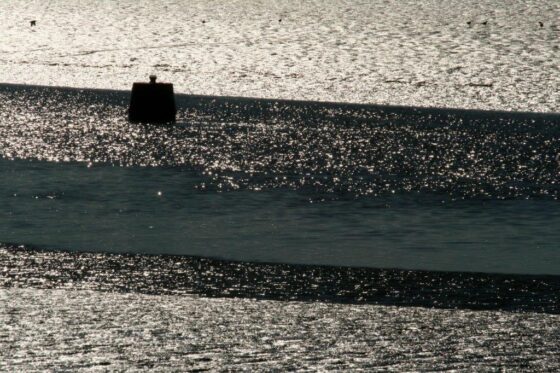 Times have changed. The Nature Conservancy Council  became English Nature became Natural England. I moved on from Essex to a national role and then took early retirement. And NE became largely a toothless mouthpiece of a Government at best unenthusiastic about environmental protection, especially insofar as it restricts opportunities for already rich people to make money out of our green and pleasant land…. Not its fault of course: one of the first acts of the coalition in 2010 was to tell us we were no longer an independent watchdog  for the natural world (as enshrined in law), but there to deliver government policy. Which of course was growth. Otherwise known as Rape of our Common Wealth…

Now as much as at any time in the past is the time for nature to be given a voice.