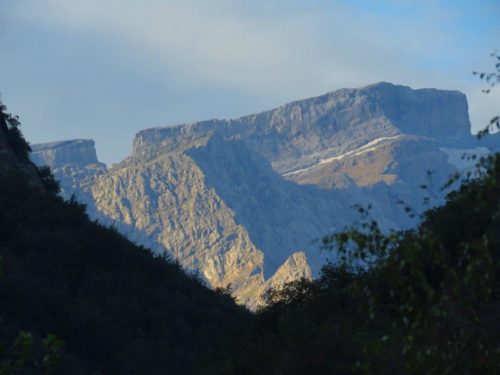 Last week I was lucky enough to be leading a tour for Naturetrek to the French Pyrénées. It was especially interesting for me as the first time I have led a trip to that area for more than a decade, and all my previous tours there have been in May and June. How would it have changed, over the years and between seasons?

Firstly, it’s great to report that overall the area looks pretty much the same as when I last saw it: the magnificent mountain scenery, like the Brèche de Roland, is of course still there, and the scars of ‘civilisation’ (ski development and the like) are no more intrusive than before. Like rural settlements all across our continent, though, our base of Gèdre seems to be in decline, many properties boarded up, even falling into disrepair, and services closing down. But our hotel at least seems to be bucking the trend, no doubt supported by its unique view up the valley to the eponymous Brèche. 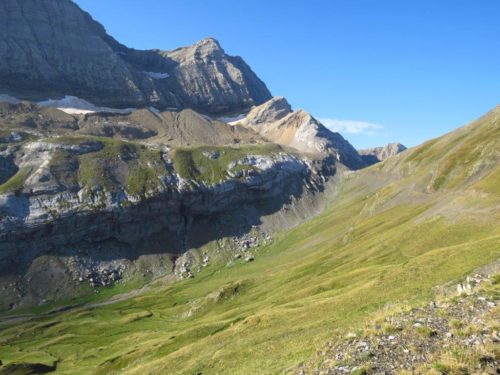 Comparing the seasons produces more marked differences, a landscape of snow beds almost continuous above 2000m in some years being replaced by cliffs, rocks, screes and sparse vegetation. Bird-wise, many of the summer visitors had departed already – no swifts and shrikes, and few warblers aside from Chiffchaffs and Blackcaps. And arguably the latter may well have been southbound migrants, along with Pied Flycatchers, Whinchats, Tree Pipits and a lone White Stork, standing incongruously amongst cattle high up in the Ossoue Valley. 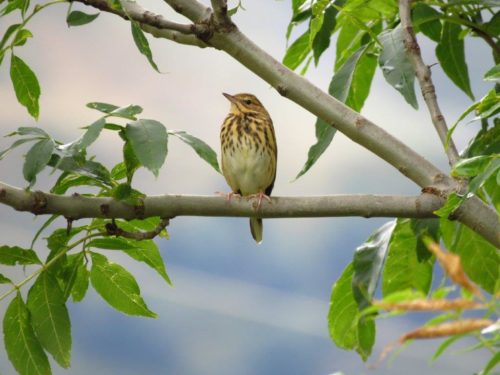 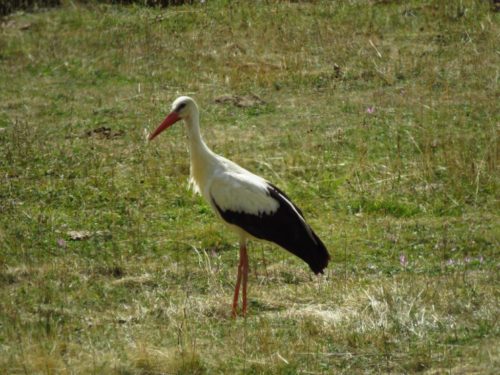 Grounded migrants are always exciting, but nothing quite compares with the thrill of migration actually happening before ones eyes and ears. For us it was 20 minutes before lunch at the Col de Boucharo, one of the low ways (only 2200m up!) into Spain: under cobalt skies, we were treated to flickering parties of Swallows, hugging the turf, some 60 in total, along with a Sand Martin, five Meadow Pipits, two Linnets and 20 Yellow Wagtails. 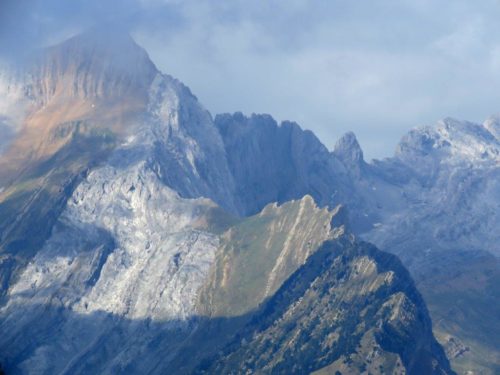 And just prior to that we had bumped into a party of scientists from the University of Exeter who have deployed themselves there for two months to record the details of insect migration, especially hoverflies, over the pass. Just as remarkable as these feats of migration was that  one of the researchers was someone from my rather short list of ‘Twitter friends’…. 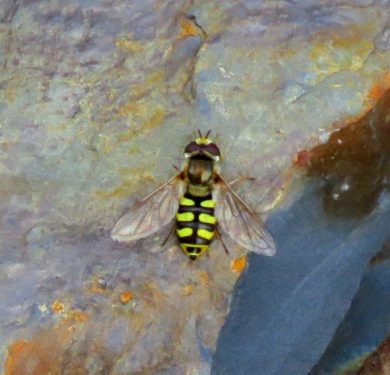 The ‘big bird’ stars of the show – vultures and eagles – were also in good numbers, seemingly more than on my past visits, good news for the conservation efforts that these birds benefit. We even saw a Lammergeier, that icon of the Pyrénées, demonstrating its prowess at traversing the skies with barely a twitch of the wings over our base in Gèdre, well away from its core breeding areas. Potentially worrying though, the suite of high mountain passerine specialities – Alpine Accentor, Wallcreeper and Snow Finch – could not be found in previously expected locations: this may well represent a genuine change over the years, climate change having moved them up and out of easy reach. 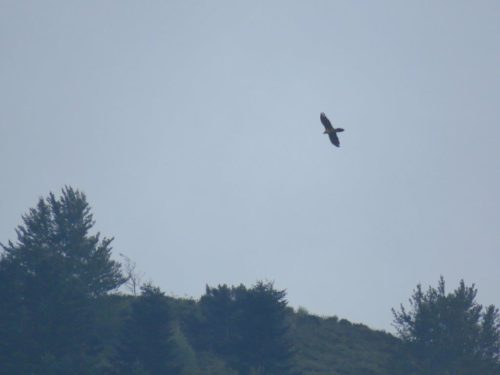 My previous late Spring visits normally coincide with the transhumance of grazing stock to the high pastures, some of it still on foot, and the first hay cut. So not surprisingly, after a summer of munching and two hay cuts, the flowers were much less showy this year. But what was there was sometimes spectactular: damp, flushed hillsides swathed in Devil’s-bit Scabious and Grass-of-Parnassus, and high mountain tracksides with patches of two Pyrenean endemics, the Thistle and Eryngo, sustaining resident and migrating insects alike. Best of all, dry, cropped turf studded with pink stars of Merendera, opening wide on the sunnier days. 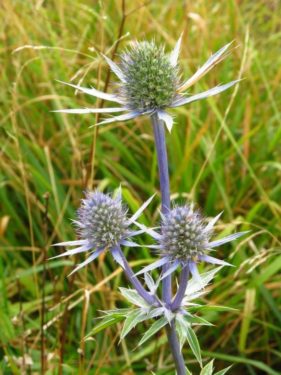 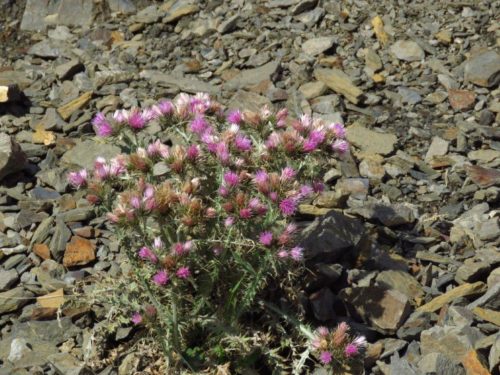 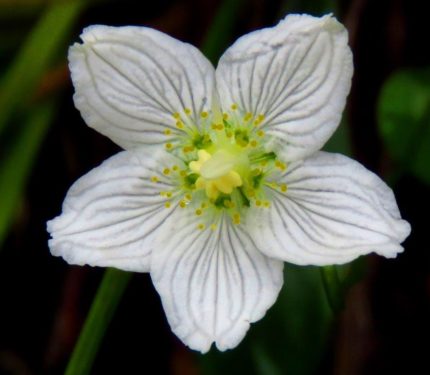 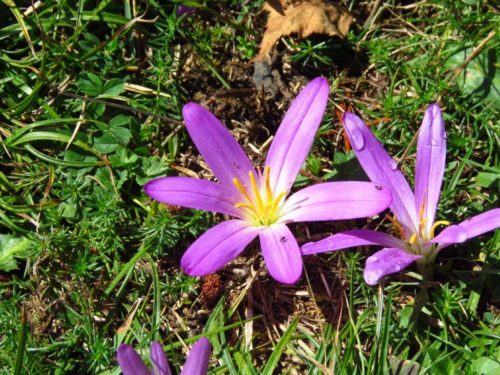 And then there were the insects, admittedly past their peak but at least as good as in late May, as numerous and often larger as in the case of the bush-crickets and grasshoppers. it was especially exciting to see three Camberwell Beauties, two very confiding, and an equally pristine Map, along with fading summer species such as Swallowtail and Apollo. 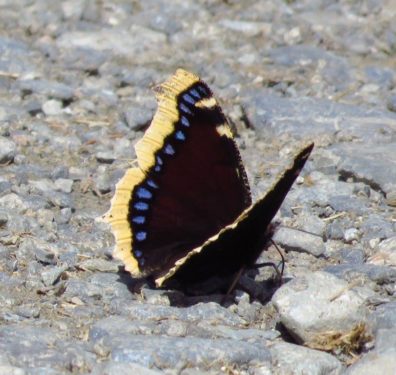 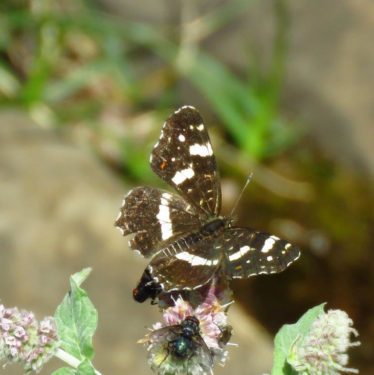 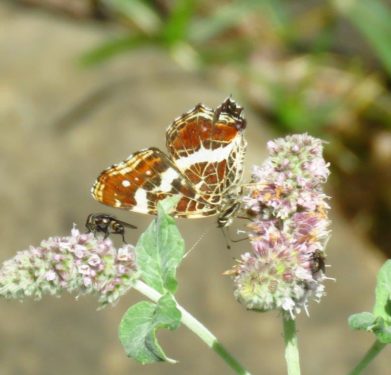 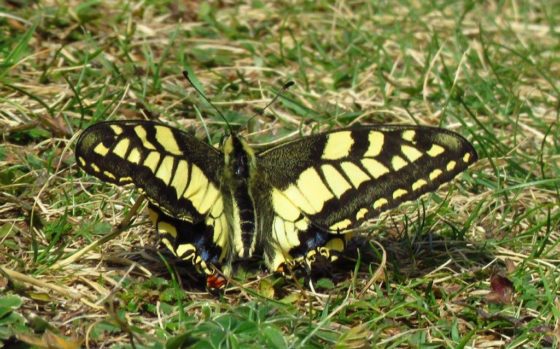 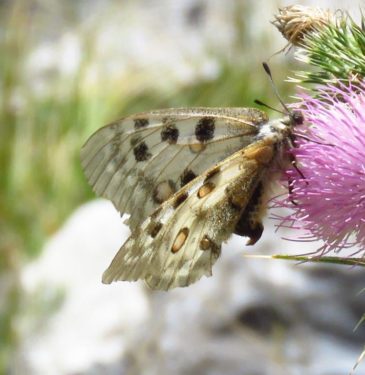 One of the best insect attractants was Buddleia in the towns. Contrary to often-quoted views that non-natural colour forms are less attractive than the wild type, one white-flowered bush close to Gèdre swimming pool clearly hasn’t read the books. Numerous Large Whites, Silver-Washed and Dark Green Fritillaries, Swallowtail, as many as 30 Hummingbird Hawk-moths at a time, Jersey Tiger and Hornet Hoverfly: a constant roll-call, even in overcast and blustery conditions.

Taking advantage of late-season nectar, pollen and warmth, the best of the rest included a range of tachinid flies, wasps, longhorn and chrysomelid beetles, Saddlebacks, and Great Green Bush crickets which serenaded the setting sun every day in the valleys. 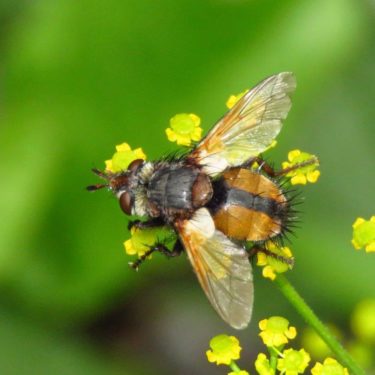 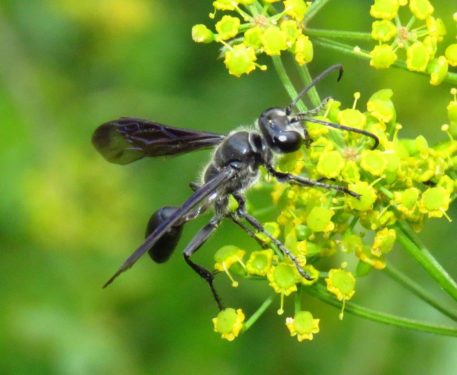 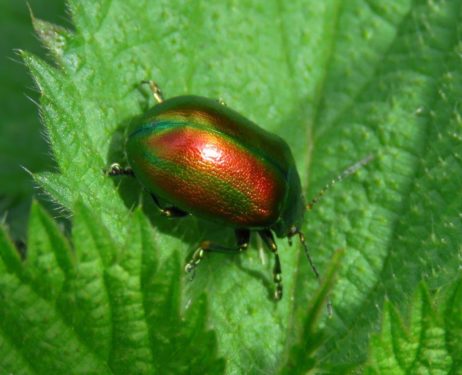 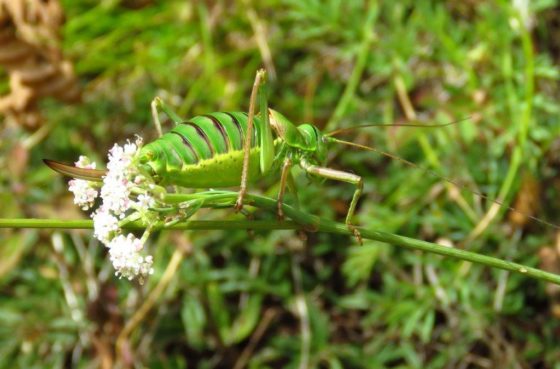 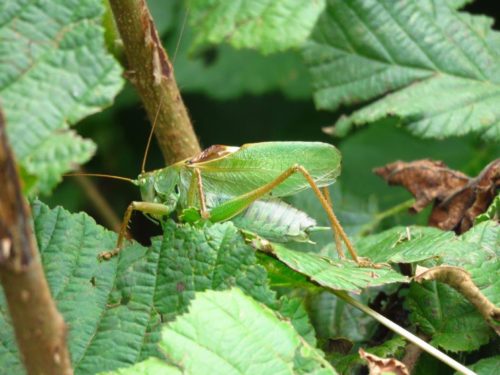 Not forgetting those unexpected moments always encountered on a trip such as this, like the dead Asp Viper being ‘dealt with’ by Sexton Beetles, and the Alpine Marmots, ever alert, acting as our eyes and ears for passing Golden Eagles…. 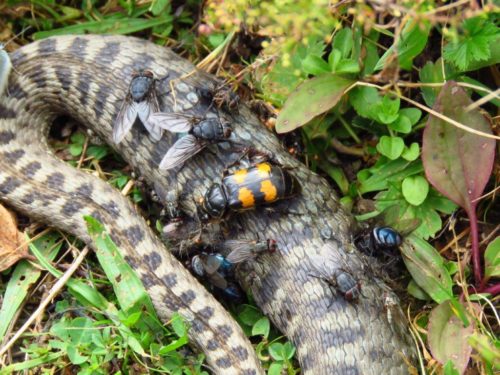 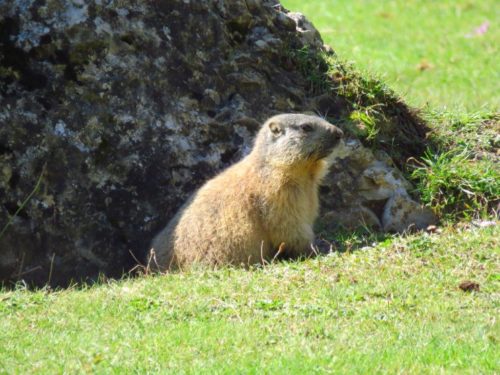 A wonderful, diverse week in a simply stunning part of the world. 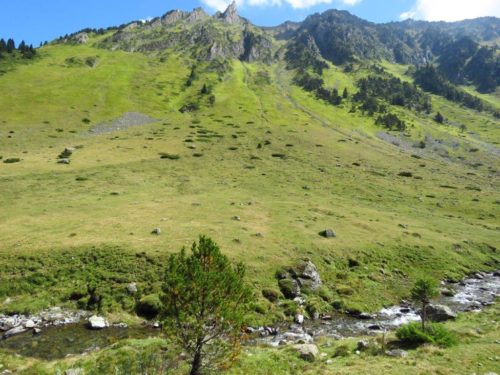 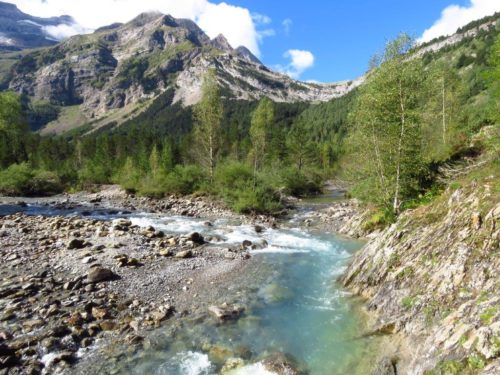 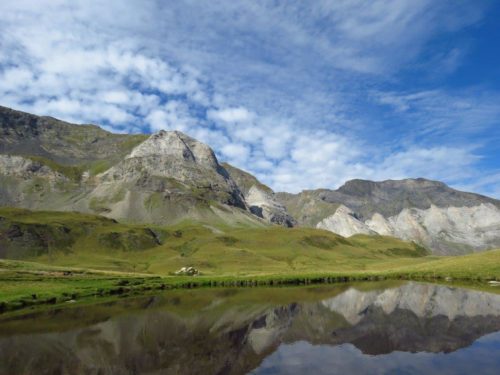