We are now well into April (Easter Monday in fact) and, having an afternoon indoors  (ha ha, what’s new… ), thought it was an ideal opportunity  to pen a nature update, compiled from our sightings and those sent in from you good folks. As a friend commented ‘Nature is my solace and salvation at the moment’ – couldn’t have put it better myself! Hope that the wonderful natural world is helping to bring you joy and calm at this most uncertain and unprecedented of times.

Lots seems to be happening – not only on the botany, bug and bird front, but also in the form of some amazing ‘natural phenomena’. Chris noticed a medium-sized bat fluttering past our window a few evenings ago (couldn’t be sure of species, but too big for the Common Pipistrelle) and the same night we were privileged to get a glimpse of an amazing ‘Pink’ moon – hope some of you saw it. The previous week we saw something totally new – and given we are avid sunset-watchers this was quite exciting! – a ‘sun pillar’ caused by the rays on ice-crystals in the atmosphere according to our Weather book. 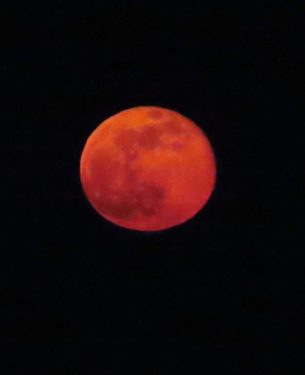 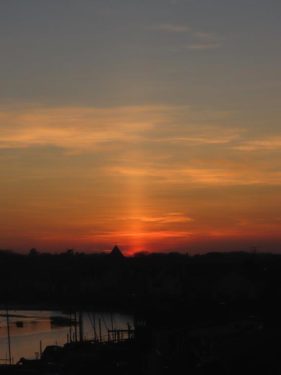 So what has been happening in your patch? A beautiful Brimstone was photographed from a most unusual angle as it was being rescued in a pot from a greenhouse – these are stunning butterflies and the inspiration for part of a quote from another of our wildlife lovers  ‘ … so many butterflies, bright lime green, blue and other colours, and such a cover of wild flowers’. Paints a lovely picture, doesn’t it? 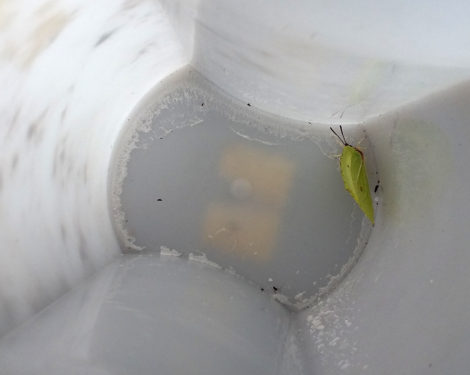 Other butterflies seen include Orange-tips (seen in Hadleigh, Suffolk and Wivenhoe) and Peacocks, and several of you have been noticing and reporting Bee-flies. One thing to look out for is the Dotted Bee-fly, so named because of its spotty wings. And whilst not usually known from around here, this has recently been seen in Colchester. We would be particularly interested if you see one (and can get a photo) to send us. 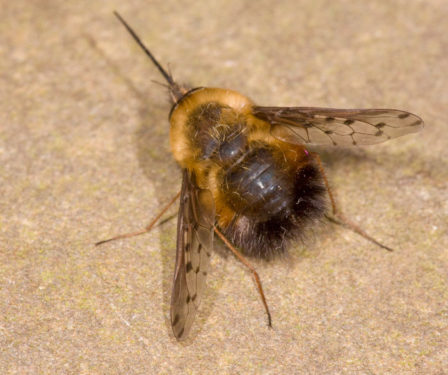 Spring flowers are delighting us at every turn, and thanks for reports of Colt’s-foot (from our correspondent in Yorkshire), as well as Stitchwort, Sallow catkins, and Violet. 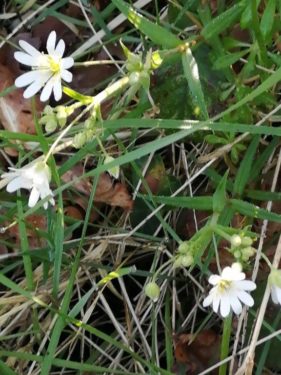 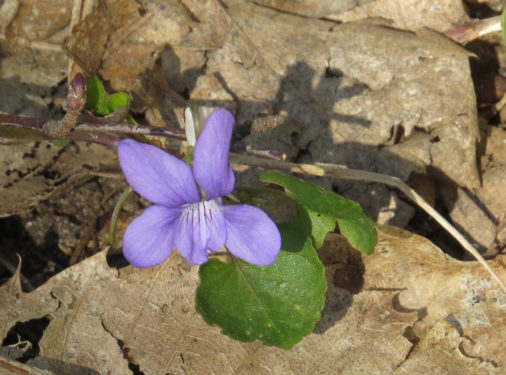 Bird watching is always on the menu in our household and this year is no exception. In fact due to all this time we now have, Chris has been spending an inordinate amount of time looking out of the window and at the last count had spotted 57 species since Lockdown.  We are indebted to one of our group who let us know that she had had the pleasure of a Nightingale’s song to accompany her on her early morning exercise. So they are about, folks, we know of some in Suffolk, and do let us know if you have heard any, wherever you are. Other avian interest comes in the form of Swallows seen in Bradfield, plus House Martins in Wivenhoe. Chris was thrilled to spot a White-tailed Eagle from our flat the other afternoon. (It looked like a little speck to me ☹). Chiffchaffs have been heard in lots of places and Buzzards noted almost everywhere, seemingly more easily seen when the streets are not filled with the noise of cars and people.

As usual, when we are out we look out for insects that are enjoying a sunny spot, and Alexanders is a plant which seems a favourable fuelling station/place of refuge for many interesting beasties. Three that we observed last week were Ten-spot Ladybird (among at least eight types of ladybird), Umbellifer Longhorn beetle, and the hoverfly Eristalinus aeneus, very distinctive with its spotted eyes. 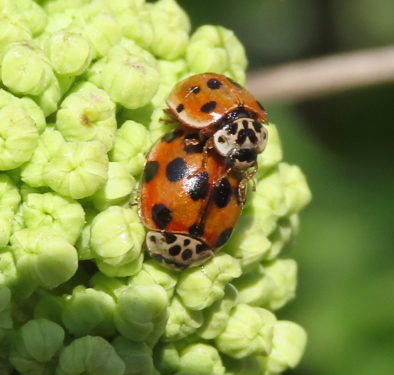 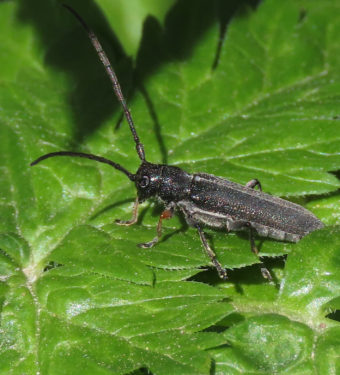 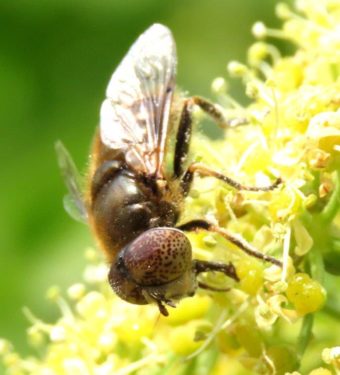 Our friend in Brighton saw and snapped this wonderful Mourning Bee in her garden, and we know that a local bee-fan has had White- or Buff-tailed Bumblebees taking a lot of interest in his disused compost bin. 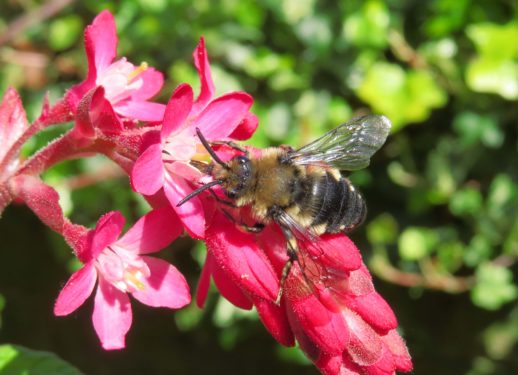 Please keep sending us your reports by email or WhatsApp. Next on the list to look/ listen out for include Cuckoo and Swifts – but we are interested in anything you may have encountered.Keep safe and well and we look forward to resuming our nature walks when it is deemed safe to do so.  As a friend commented ‘Isn’t nature wonderful’ – yes, it is and we are the lucky ones in that we appreciate it.