The speed of change in Spring never ceases to amaze, and a privilege of ‘lockdown’ is that is gives us the excuse, with little else crowding in on our existence, to see those changes in close up and on a  regular basis. So, a week since we last exercised our right to exercise there, back to Cockaynes, and a series of remarkable changes. Budburst is almost complete, Sweet Chestnut in particular providing a sculptural and subtly colourful backdrop in the again crystal clear light. 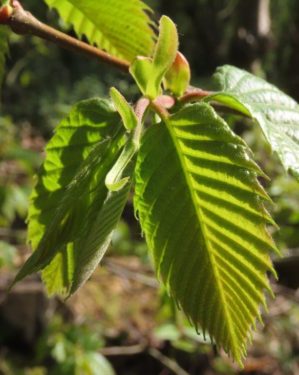 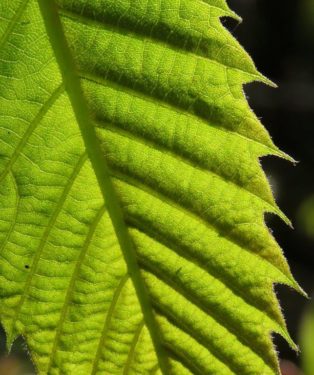 Likewise, spears of Bracken thrusting skyward and starting to unfurl eagle-winged fronds demonstrate the reasoning behind the second part of its scientific name Pteridium aquilinum. 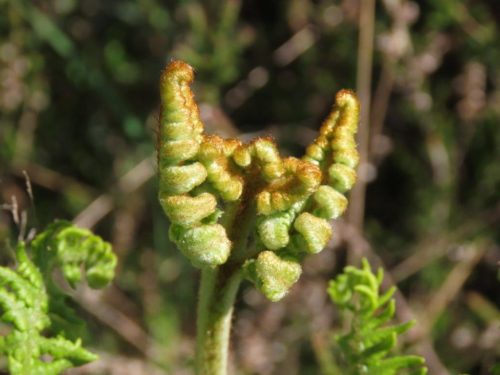 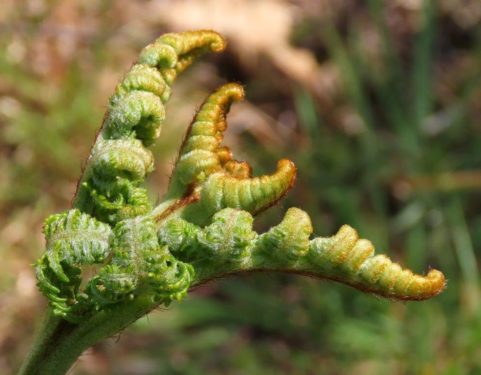 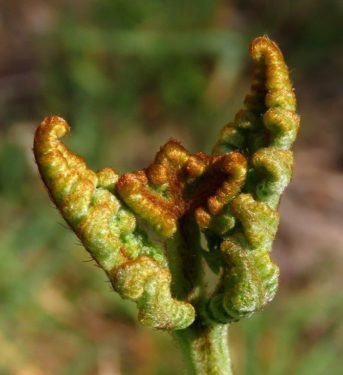 In some respects, the pace of change may have been pushed hard this year by the ongoing lack of rain, and grass-shrivelling, lichen-crisping drought. Last week’s botanical highlights had gone in the ‘Blinks of an eye’, and the most sandy patches are now almost flowerless, apart from newly emerging, red-stemmed Early Hair-grass. The wildlife shouts mid-May rather than mid-April, as if lockdown has given Nature the time to start cranking the seasonal wheel a touch faster. 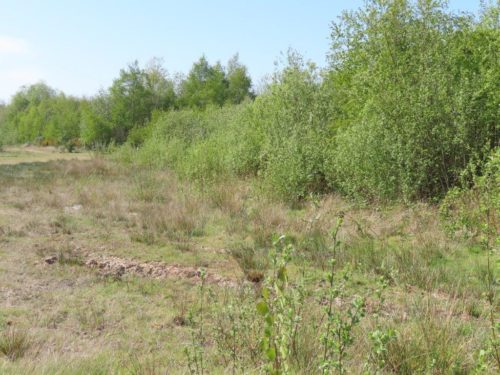 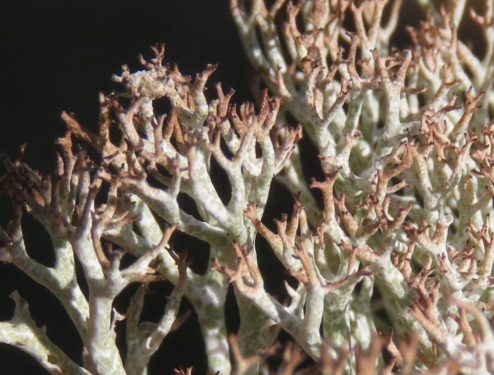 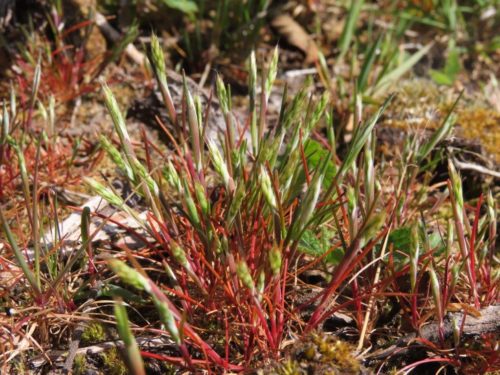 Gorse of course is pretty much immune to drought, and still flowering profusely. And attracting numerous newly emerged Green Hairstreaks, beautiful when seen at rest, but in flittery flight almost impossible to follow, despite the intense metallic green iridescence of their underwings. 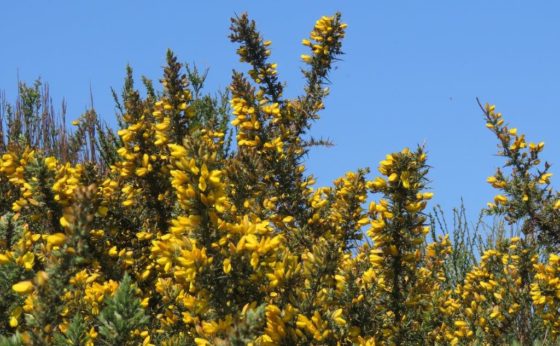 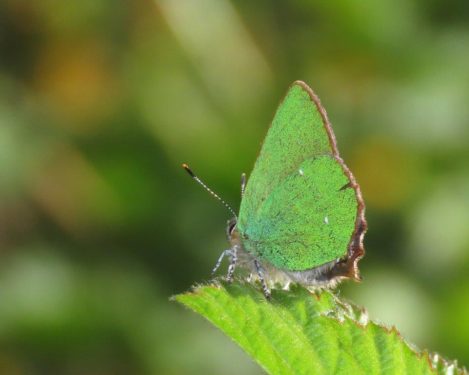 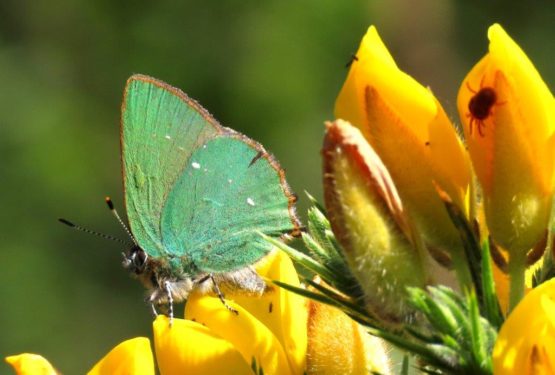 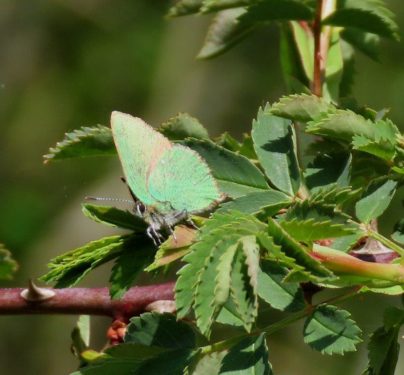 And in similar places, Speckled Yellow moths, a rather sparsely distributed species in Essex, skipped numerously around the patches of Wood Sage, its larval food plant. 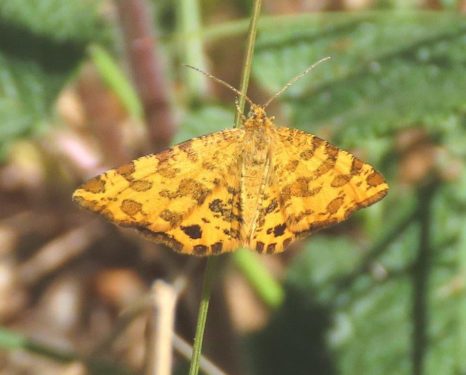 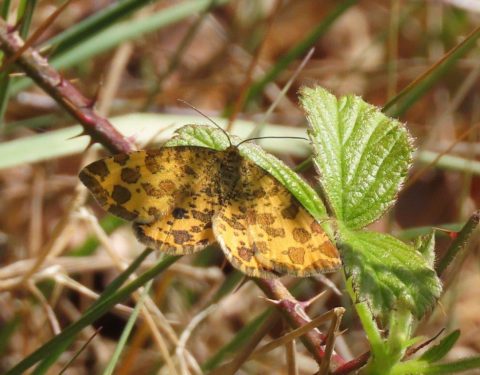 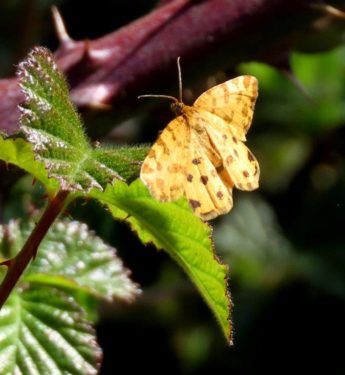 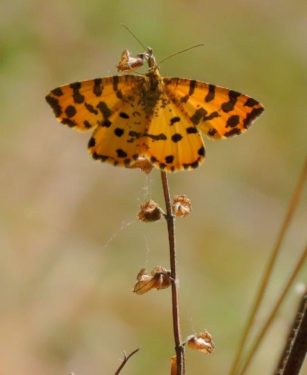 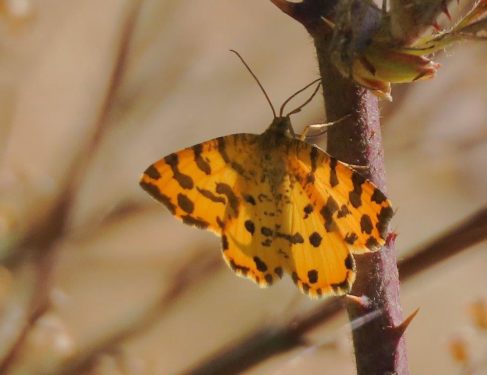 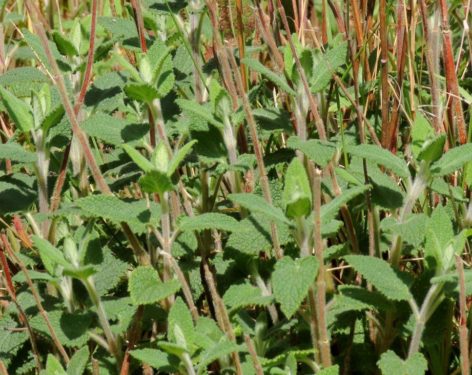 Lots of other new emergences apparent this week included dancing fairies, flocks of then around the birches – courtship swarms of Green Longhorn moths… 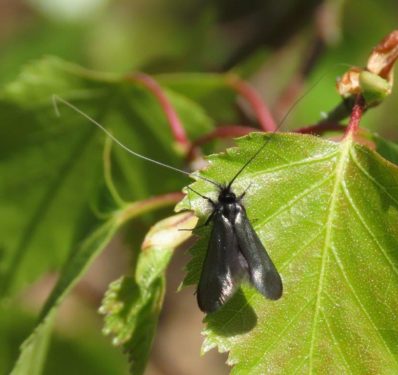 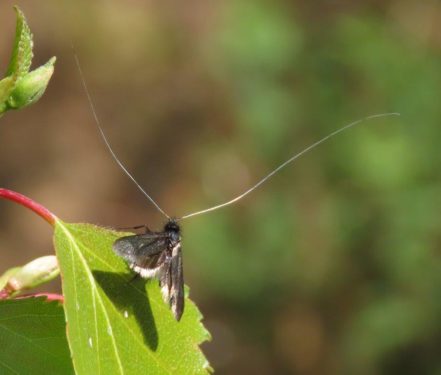 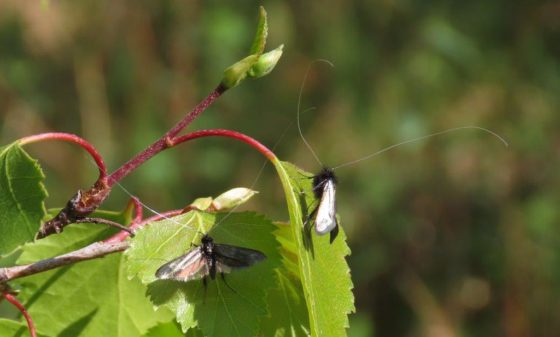 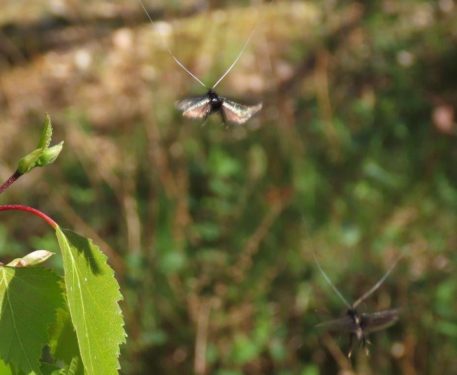 … and herds of St Mark’s flies everywhere, after their first tentative appearances yesterday. Great food for the Swallows overhead, they are two days early, coming out on St George’s Day rather than St Mark’s…though one cannot imagine St G would be too upset. Spreading his patronage over a diverse portfolio, from England to Ethiopia, Catalonia to Estonia and syphilitics to plague victims, he is clearly not too precious to allow St M’s flies to muscle into his action. And later in the day, above the flat, the wheeling, snapping groups of Black-headed Gulls were presumably cashing in on this bounty, they way they do when nests of flying ants emerge later in the season. 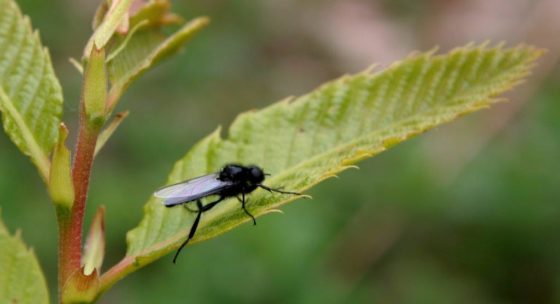 All this and much more as always. Until next week… 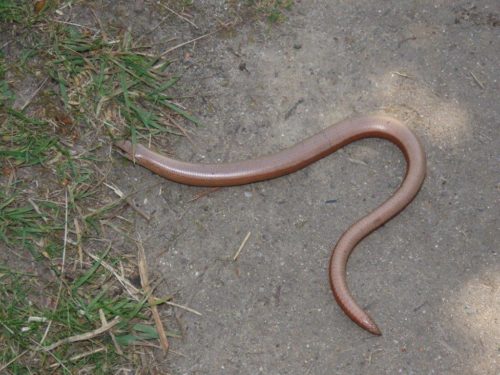 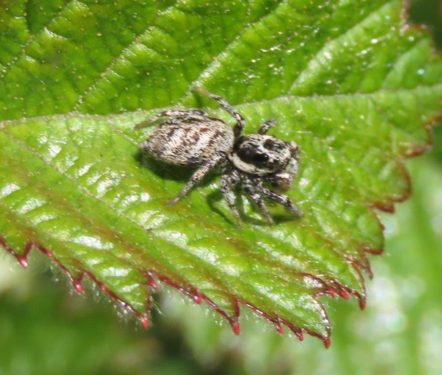 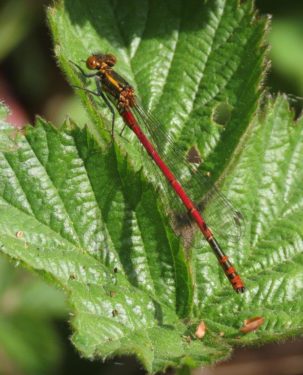 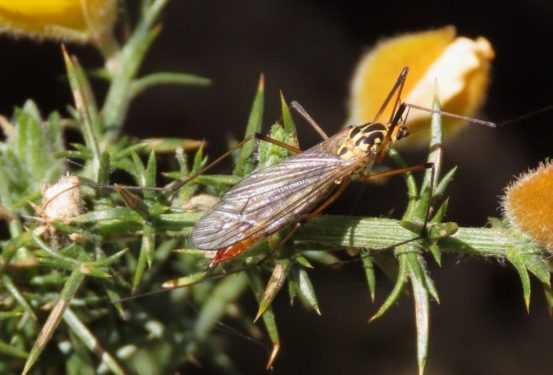 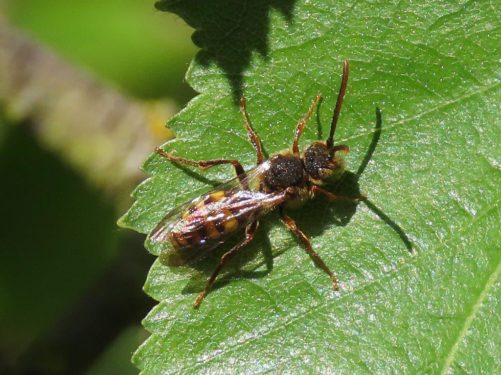