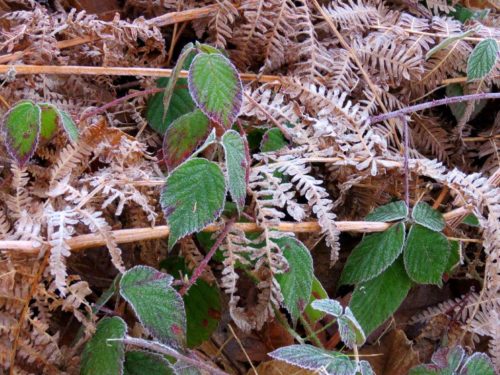 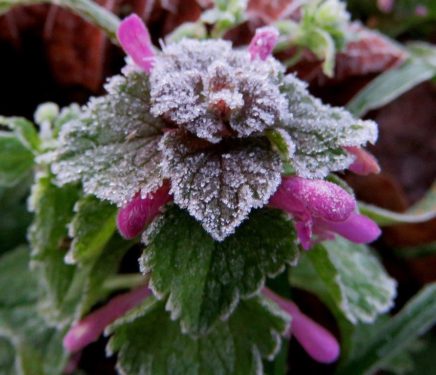 Still in the grip of frosty mornings, into Wivenhoe Wood we ventured. From frozen earth and crystal-clad grass to slithery mud – good Essex mud – despite the lack of foliage, the mere presence of trees sufficient to create an insulating blanket over the ground. And good for the Moles, needing to feed on earthworms through the winter and therefore seeking out ground less prone to freezing. 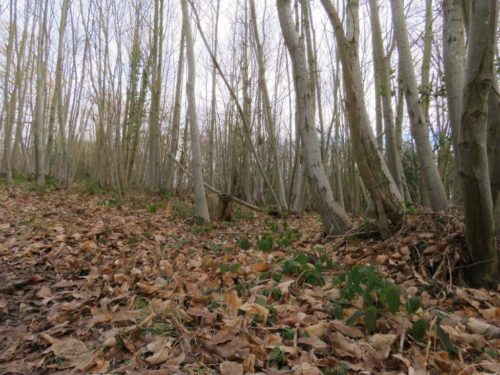 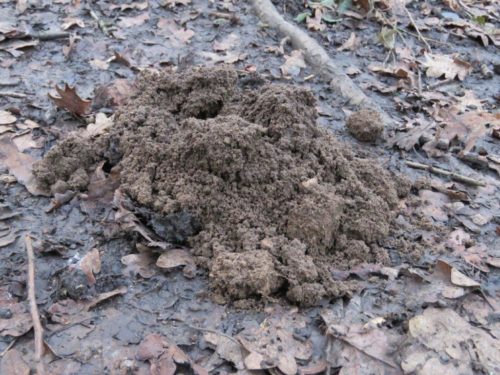 Two of the earliest promises of spring, buds of Honeysuckle and Bluebells spearing the leaf-mould, have been evident since before the Solstice, but now their pregnant swelling is bursting forth. And Holly Leaf-miners are resuming their internal munching, protected from the cold still further within the tough coat of Holly leaf. Thus insulated from the vagaries of the climate, the grubs will be an abundant, reliable, and well-signposted food for Blue Tit chicks in a couple of months’ time. 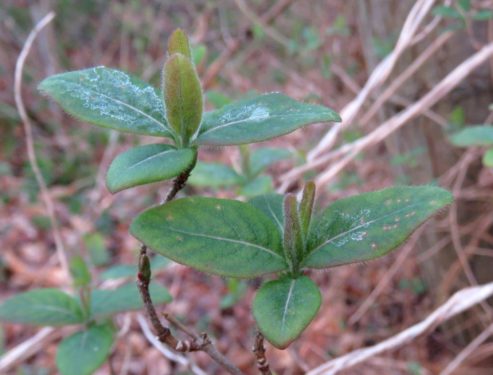 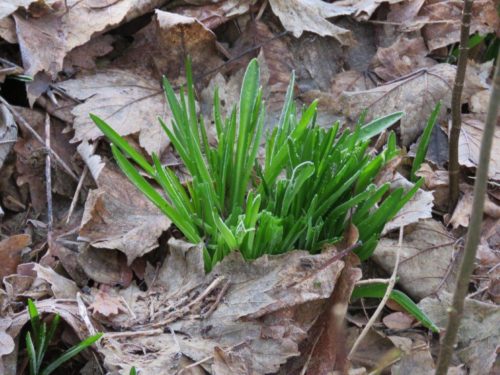 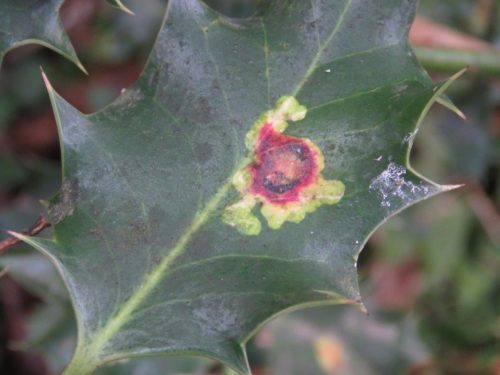 A Great Spotted Woodpecker drummed loudly in the still air, and a noisy party of five Siskins demolished their way through the seed-filled cones of an Alder. But most striking of all, almost luminescent in vivid orange against a backdrop of earthen browns, patches of Golden Jelly-fungus growing out of dead twigs, like a beacon…. 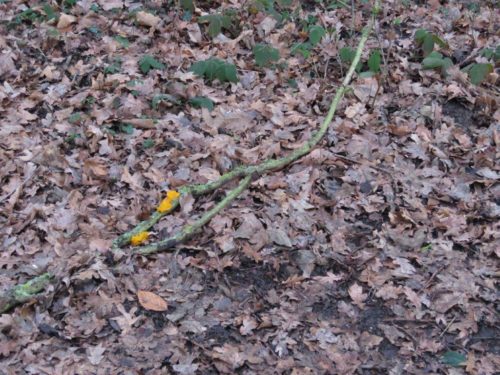 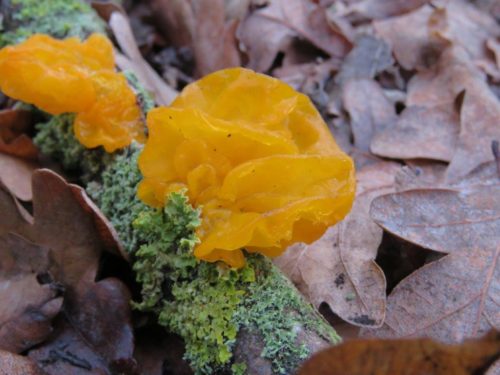