A month after our first visit, and all has changed at Phyllis Currie. Cowslips and Green-winged Orchids, now no more than shrivelled remnants, have been replaced by Yellow-rattle and Southern Marsh-orchids in colourful swathes across the meadows. 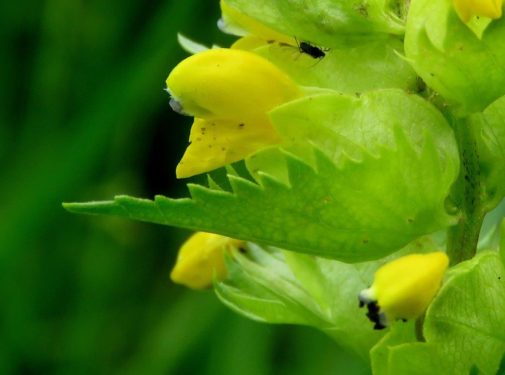 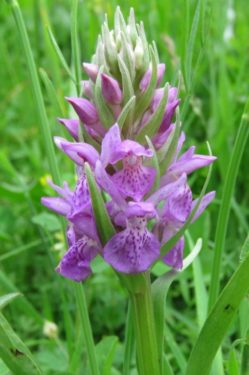 And a whole lot more. Grass-vetchling has broken out of its grassy anonymity, its beautiful magenta flowers putting on their brief but welcome show, and Corky-fruited Water-dropwort has sent up white umbels. Both are scarce in Essex now with the loss of so much of this species-rich hay meadow habitat. 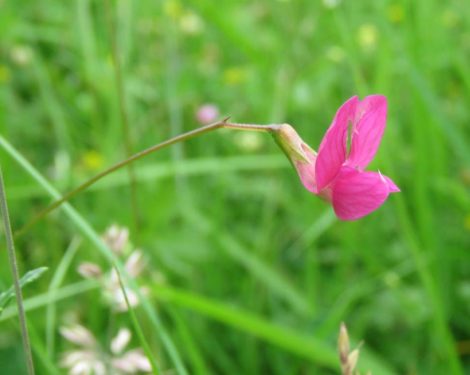 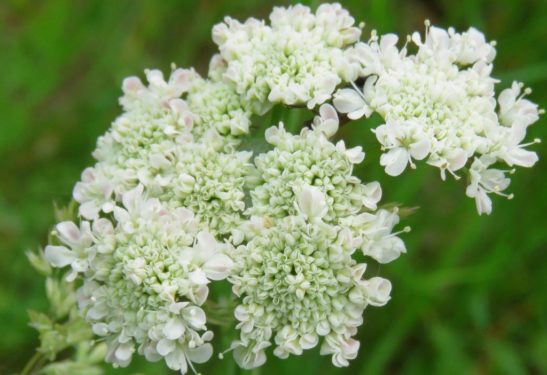 Down at the ponds, the Yellow Water-lilies are in full bloom. 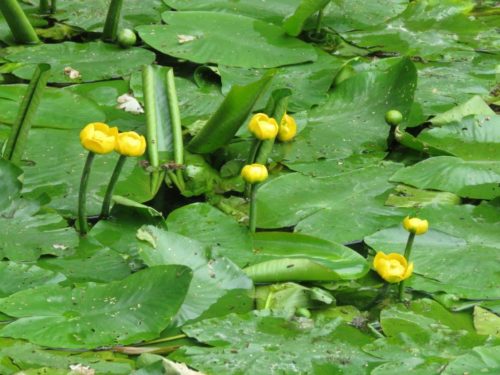 Unfortunately the weather turned rather cool, breezy and damp on the day, so our insect-hunting was a little thwarted. It should have been just the right time of year for dragonflies and damselflies, but all we could muster were four species of damsel nestling in the vegetation. 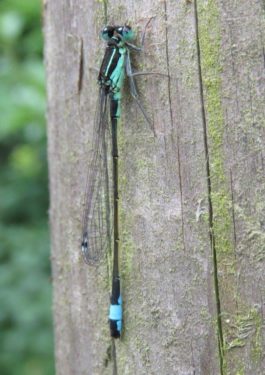 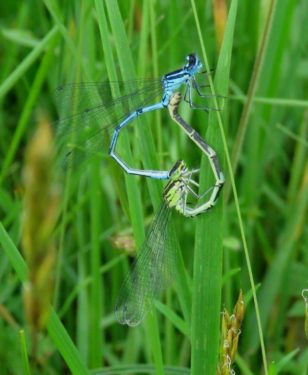 Likewise, butterflies were sparse but moths included refugees from the night, like this Silver Ground Carpet, reliant for safety on its passing resemblance to a bird dropping… 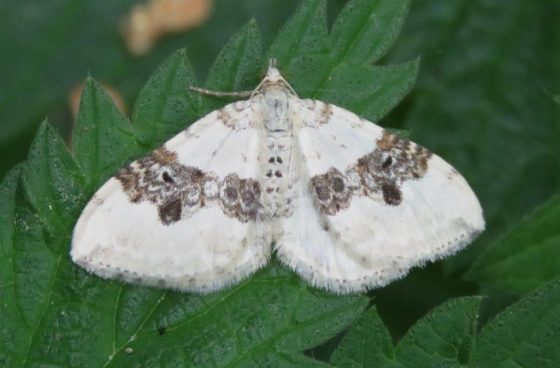 …and several habitual day-fliers, including Cinnabar, Gold-banded Longhorn and one of the smallest moths in the world (and one of very few species that feeds on pollen as an adult), Micropterix calthella. 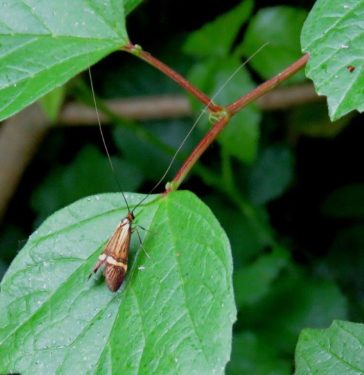 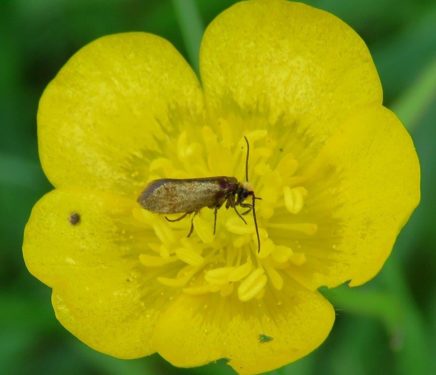 Most stunning though were several Alabonia geoffrella, an exquisitely -patterned micromoth of woodland edges. 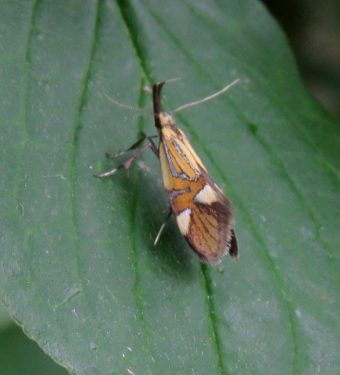 Add to those a range of spiders, flies, bees, bugs and beetles: 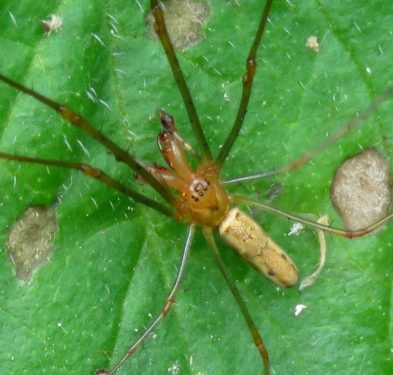 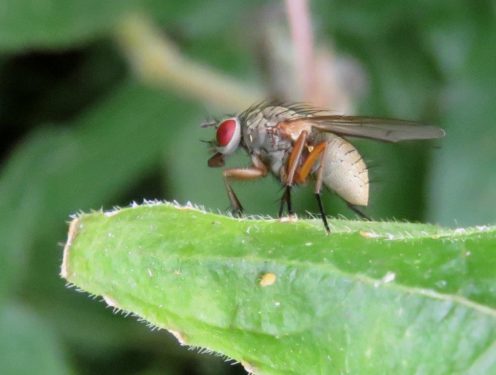 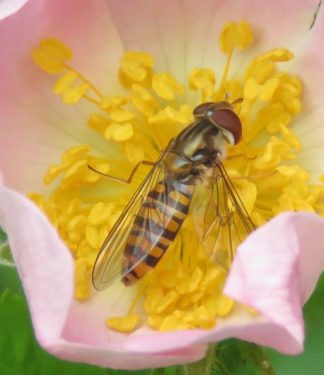 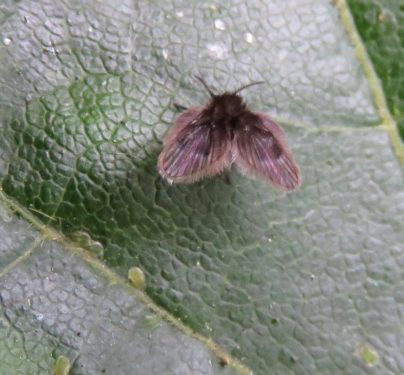 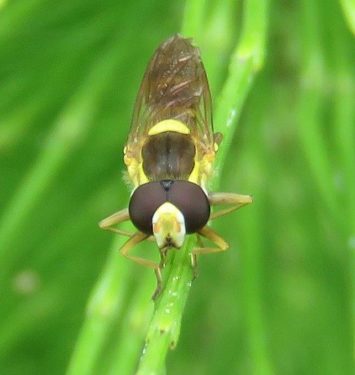 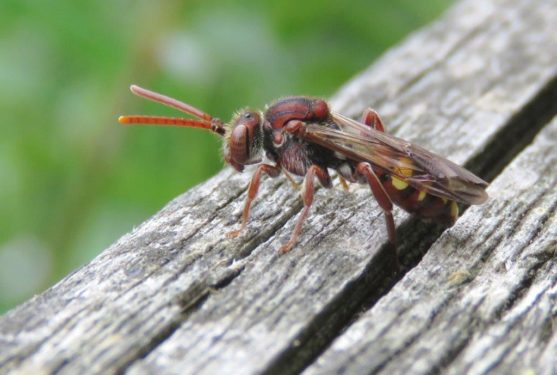 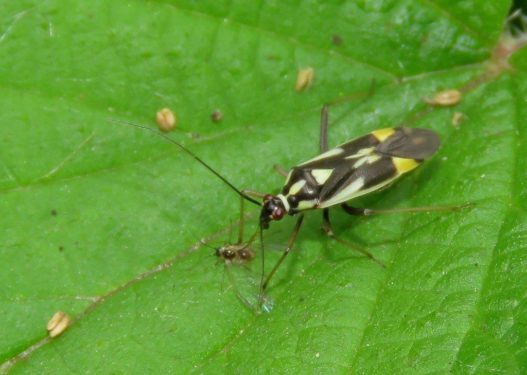 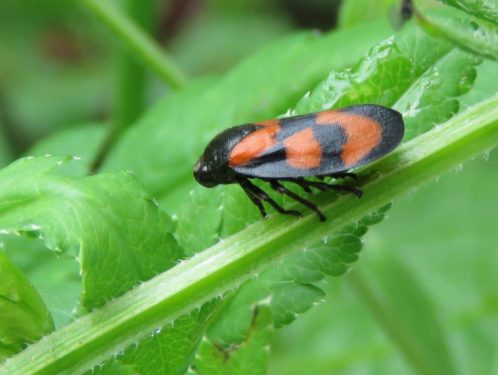 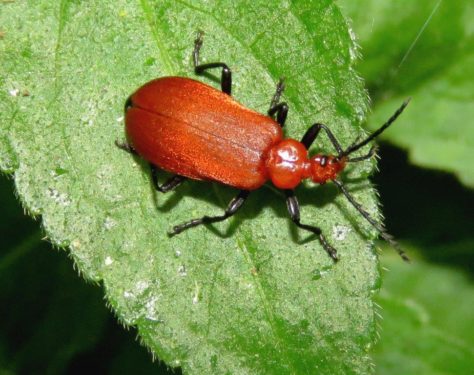 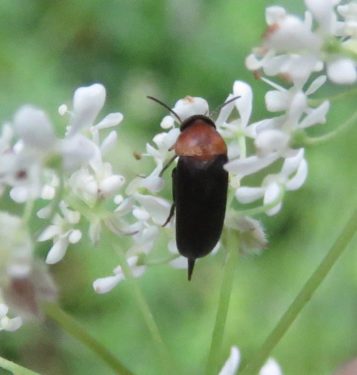 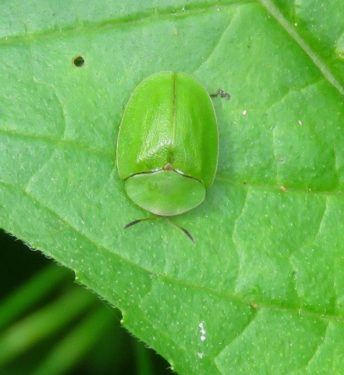 And even when the weather was not suitable for a huge range of invertebrates, we could still add to the reserve list by recording galls, caused by rust fungi, gall-midges and mites on Sallow, Meadowsweet, Nettle and Field Maple, and a few caterpillars. 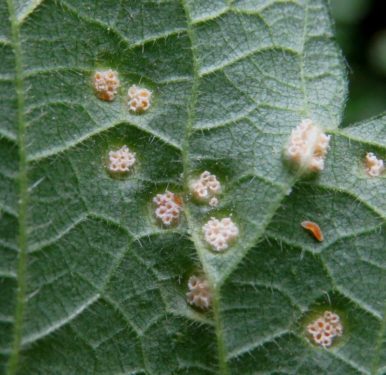 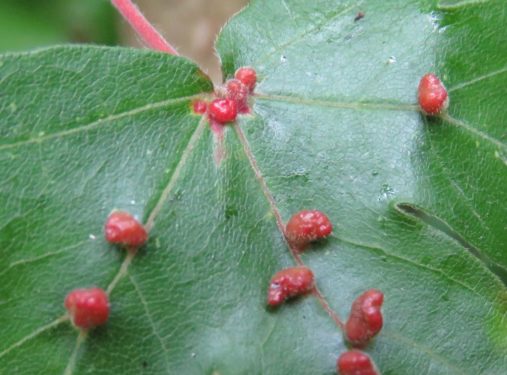 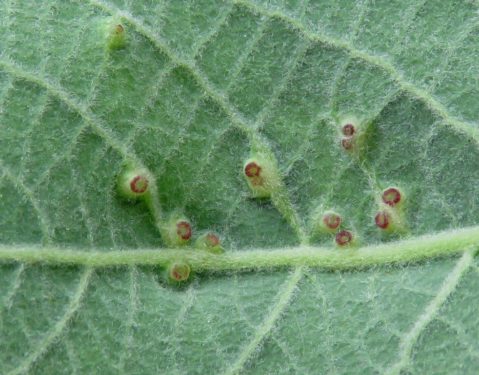 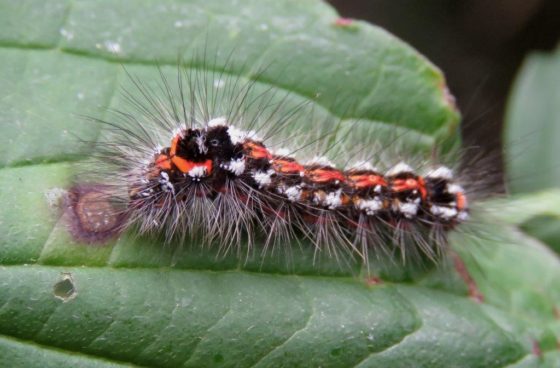 So far as we know yet, nothing seriously out of the ordinary in a county context, except for the fact that enclaves of this nature, rich in all kinds of everything, have largely been erased from our landscape, if not from our memories.