At the end of April, we were invited to visit the Phyllis Currie reserve, a small Essex Wildlife Trust site near Great Leighs, named after its former owner. Just nine hectares in extent, it is a delightful mosaic of grassland, wetland and woodland, a microcosm of ‘Old Essex’.

Except it isn’t. I previously visited some 30 years ago, just after it was bequeathed to the EWT, when it was essentially rather uninteresting, a series of Rye-grass meadows, stark steep-sided ponds, and pine and poplar plantations. But from these uninspiring beginnings, it has been rewilded by the sterling management efforts of the wardens and volunteers, and restored to become a precious part of our countryside fabric. 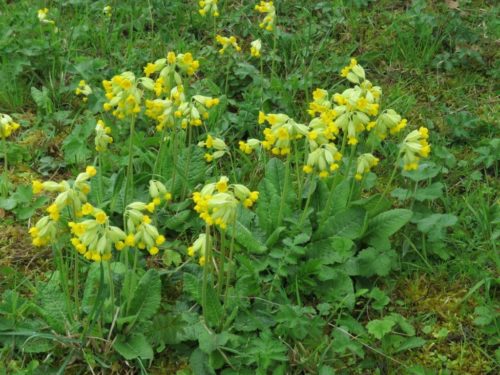 At this time of year, the meadows have woken from their winter slumber, and were liberally studded, in patches at least, with Cowslips and Green-winged Orchids, the latter a spectrum of colours from pale pink to deep purple. 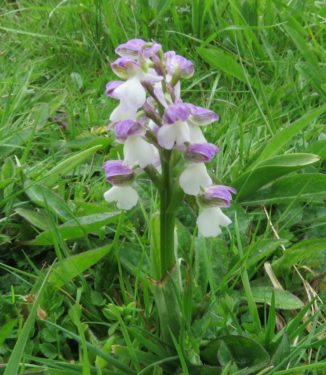 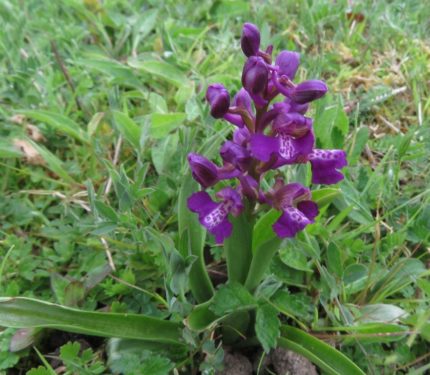 Where there is a little more moisture in the soil, Cuckoo-flower was flowering well, and an examination of the flower-heads soon revealed the eggs of Orange-tip butterflies. 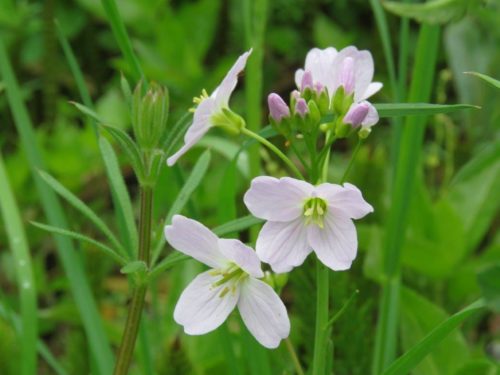 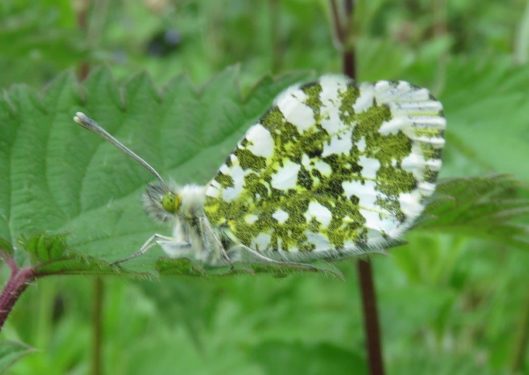 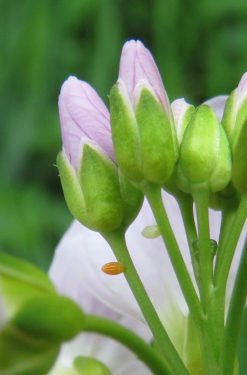 Around the ponds, patches of ragged Goldilocks Buttercups, their flowers rarely conforming to the regular radial symmetry of their congeners, mingled with the primitive, thrusting fertile spikes of Great Horsetail, and Lesser Pond-sedge bursting into flower from the shallows. 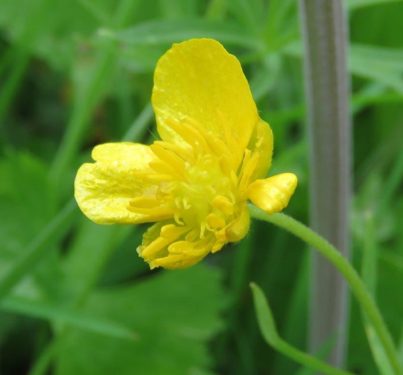 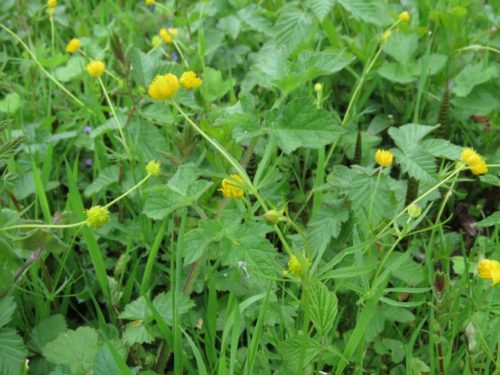 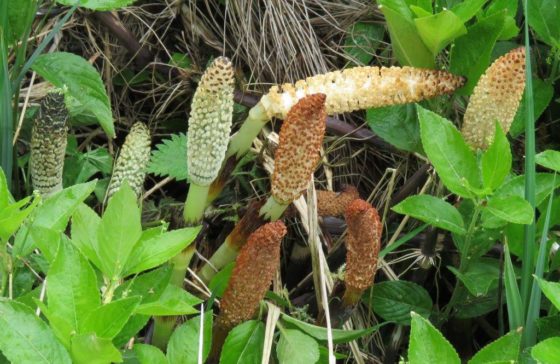 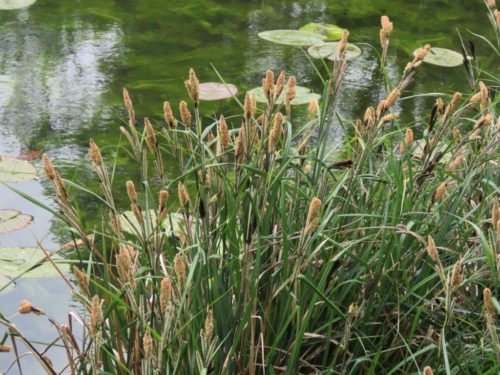 Forming the eastern boundary of the reserve is an historic greenway, Dumney Lane, its antiquity demonstrated not only by the girth of the trees along it, but also some of the ground flora, including Pendulous Sedge and especially the rather local Spurge-laurel. This roadway serves to link the reserve geographically to its environs, but also temporally, to a time before the plantations when the whole area probably looked a lot more like it does now than it did thirty years ago. 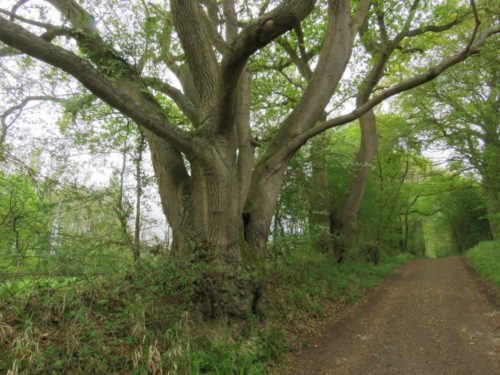 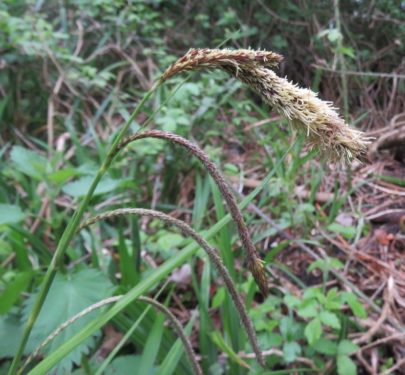 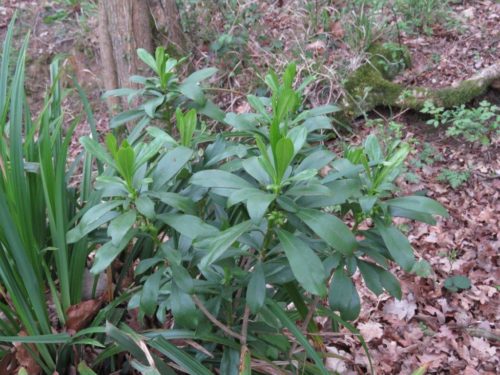 But sadly all is not well. The storm clouds of the 21st century are gathering, in the form of a plan to build 700 houses just across the lane from the reserve. Lacking formal protection, except for part of it listed as a Local Wildlife Site, this small site is very vulnerable. The thousands of occupants of the new homes, their dogs and their cats will all have a detrimental  effect, through trampling, disturbance, pollution and all manner of anti-social activities, thus potentially negating the strides forward of the past three decades.

Hence the visit. We were asked to record the wildlife, as invertebrates in particular have not been well recorded on the site. Although too cool, damp and breezy for much activity on the day, the few insects included the soldier beetle Cantharis decipiens and the rather lovely micromoth Esperia sulphurella. Otherwise known as the Sulphur Tubic, the adults fly in the spring, having spent their larval life feeding on underneath the bark of rotting wood, perhaps eating mainly the fungi which can abound in those places. 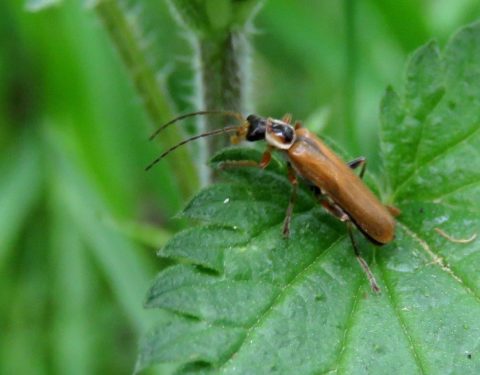 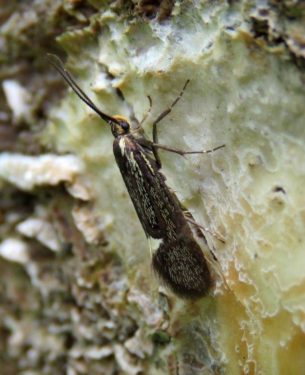 Notwithstanding the lack of insect life this time, we are sure it will be a site well worth exploring, so as and when we can over the summer. we will be back! And hopefully we will be able to demonstrate some of its wildlife value, and if not help to stop the development – it’s probably too late in the process for that – then at least to influence the mitigation measures which must be applied to the planning permission to minimise harm.

Places like Phyllis Currie are precious. Off the beaten tracks of Essex, fragments of nature still survive if you know where to look. The loss of and damage to such places through development (along with pollution, the profligate use of pesticides, and climate change) is one major contributory factor in the apocalyptic reduction in both biodiversity and bioabundance, that which underpins the healthy functioning of the world in so many ways. We hope to do whatever we can to stand up for the Phyllis Currie reserve. 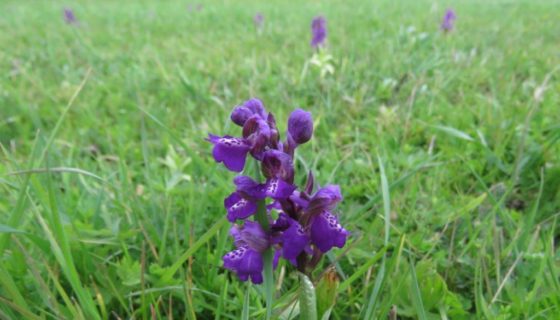