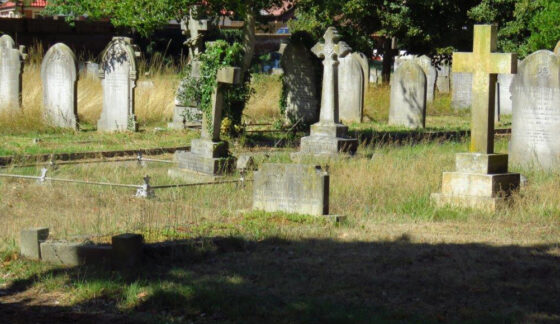 We have always valued the grassland in Wivenhoe’s New Cemetery highly for its biodiversity. Created around the start of the 20th century, and on the gravelly soils that sit atop the Wivenhoe Ridge, the quality of the turf, undamaged by the pervasive modern scourges of pesticides or fertilizers, is apparent from the springy, diverse grasses, and abundance of interesting plants such as Mouse-eared Hawkweed and Field Scabious. 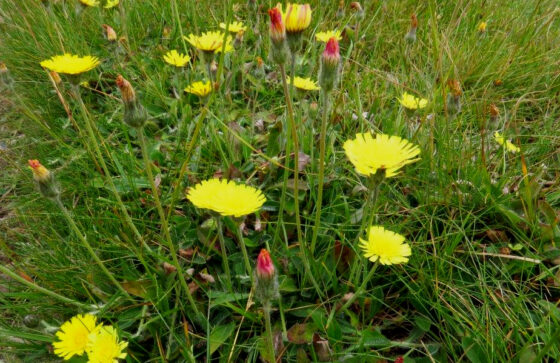 This autumn however, in common apparently with many other sites in southern England, other features have come to the fore: a remarkable range of interesting and often attractive grassland fungi. 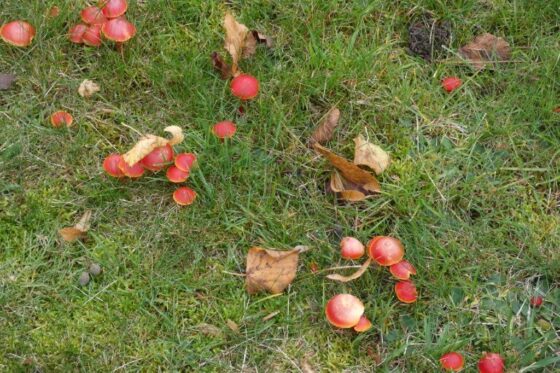 From corals to clubs and puff-balls to waxcaps, the latter a kaleidoscope of colour from white to yellow, orange through to crimson, the show this year has been magnificent, indeed better than we have ever seen before. Which highlights one of the big conservation issues for grassland fungi, simply knowing where the best sites are, as the fungi produce fruiting bodies only very sporadically, sometimes not showing for several years at a time. 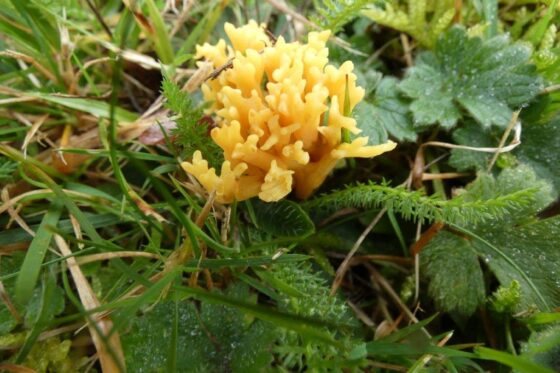 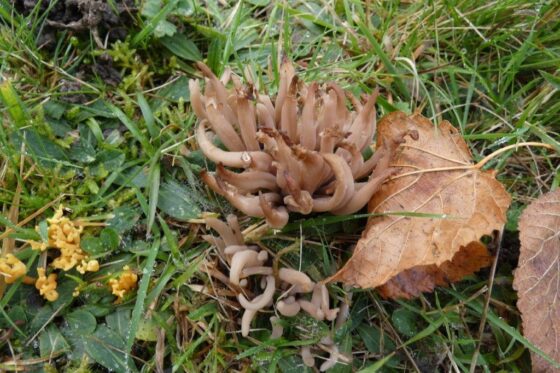 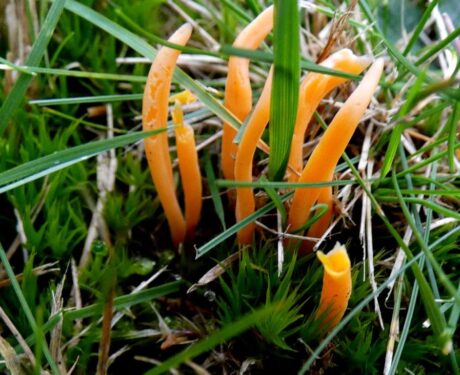 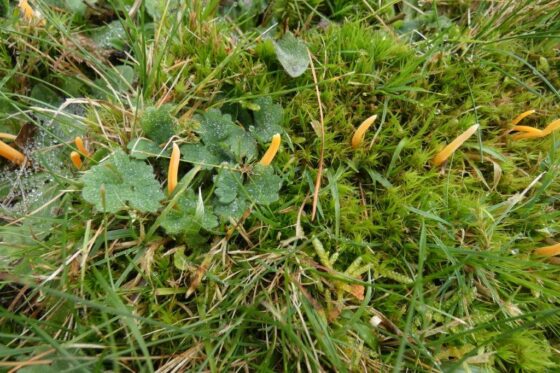 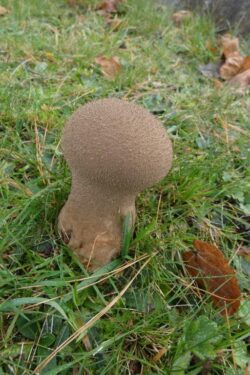 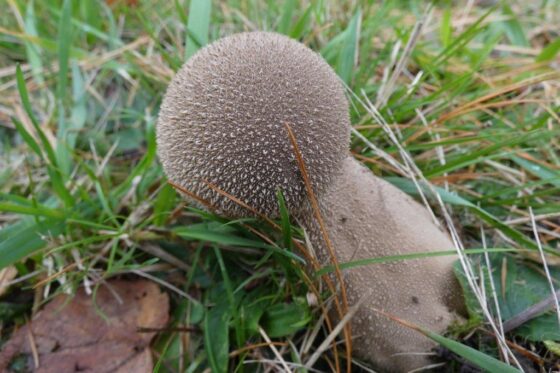 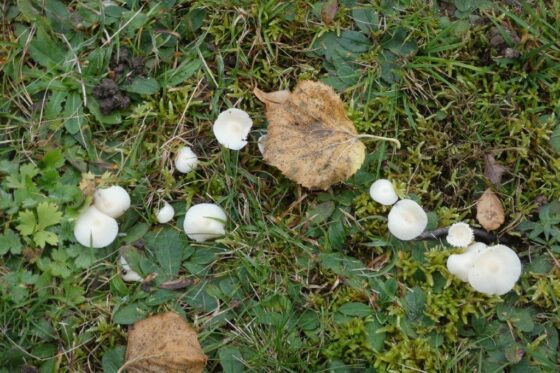 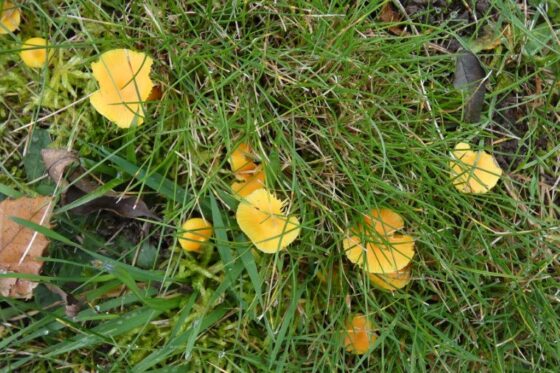 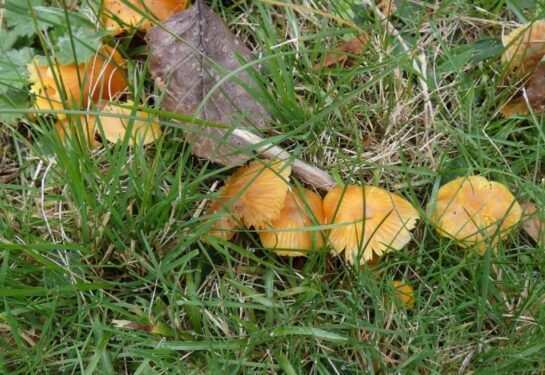 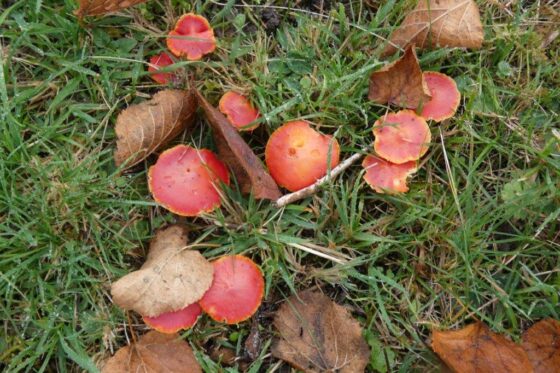 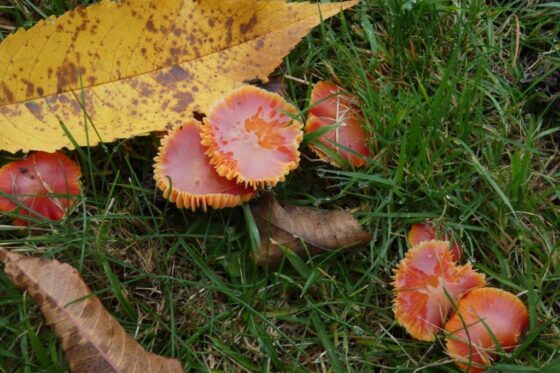 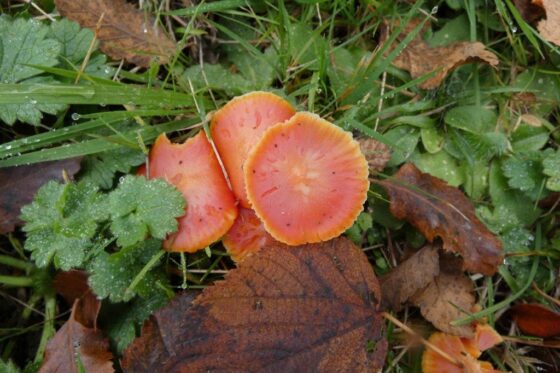 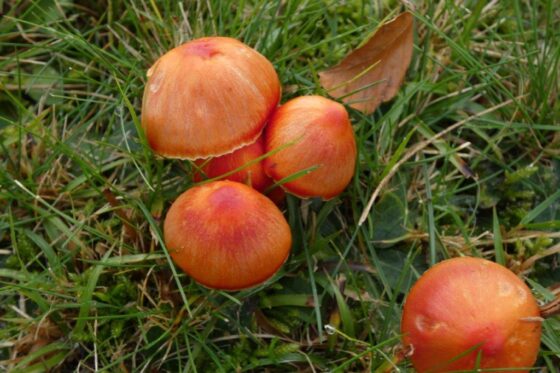 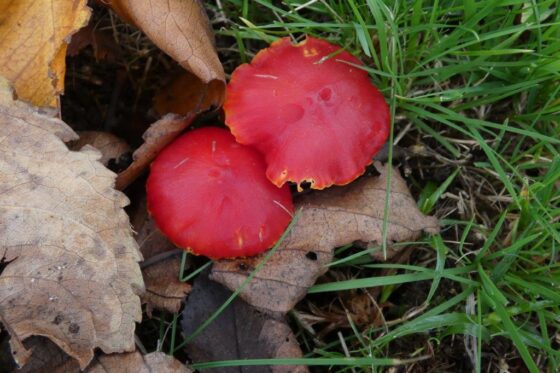 Now we know this site is of value for its fungi. And more important than we might at first appreciate: a national expert  commented to me when I posted the photos on Twitter ‘From the data I hold there are very few quality grassland fungi sites in Essex. So the cemetery & its grassland is very important as you obviously know’. Thanks to Wivenhoe Town Council for keeping it that way.

So where else in the area might be equally good? Well, any of our local grasslands, whether part of the ‘no mow, no sow’ enhancement project or not, have the potential. The only similar shows of grassland fungi I have ever seen round here were in Wivenhoe Park a couple of years ago, and the KGV back in 1987. Indeed it was memory of the latter showing that helped convince me the lower end of KGV would be good for our first foray into hay meadow management five years ago.

But, confounding my hopes and expectations a wander round KGV this year, while it did provide a few fungi, was certainly not exceptional. Just goes to show the unpredictable and evanescent nature of fungal fruiting, and why we should grasp all opportunities we can to record it, evidence for the protection that grassland fungi so desperately need. 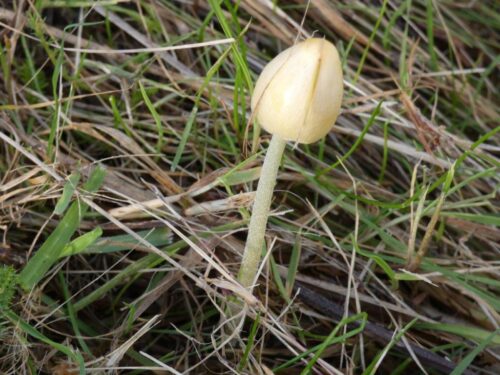 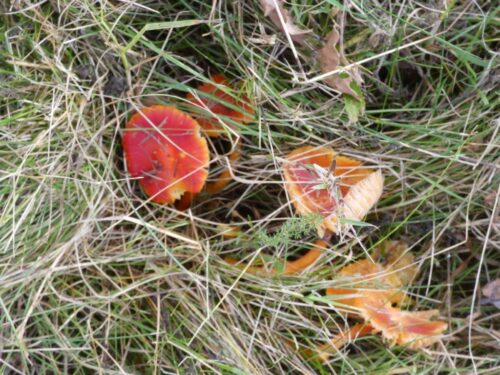