The mini-heatwave at the end of March was welcome respite from what felt like a long, cold, grey, damp Covid winter. The  sun at the start of last week was so restorative, even though dizzy heights of 22°C were short-lived: as March closed, so arrived the Sahara dust-laden clouds, a blanket of uneasy silence, bird song quelled, and ultimately a rapid drop in temperature as the wind turned to the north. 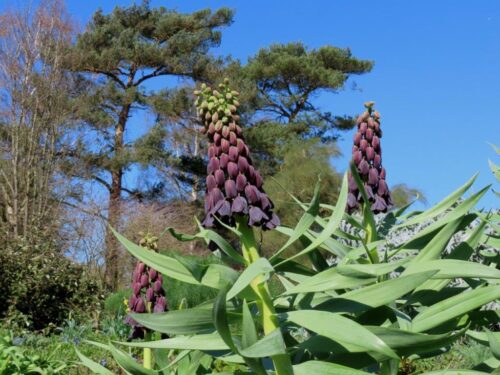 We made two visits. One was just before the peak of the heat under perfect, powder-blue Persian skies, all the better to see Fritillaria persica as it is meant to be. Three days later and 12 degrees cooler was just after the break in the weather. Only three days, but a world of difference, the Trilliums and Flowering Currants having been pushed into flower. Conversely, the second visit was almost insect free, in total contrast to the bustle, buzzing and basking of the first. 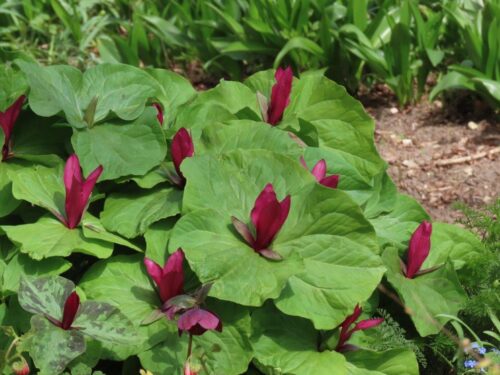 It was the Scilla bed which first grabbed us: bees everywhere, from Honeybees and mini-miners to swarms of tiny grass-flies. The Honeybees looked very fetching, munching the bright blue pollen and stuffing it into their panniers. 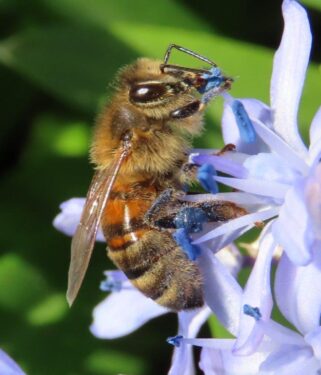 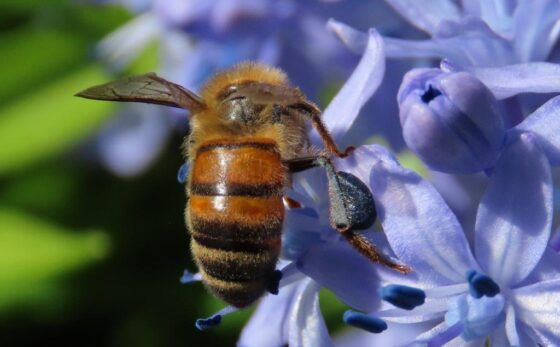 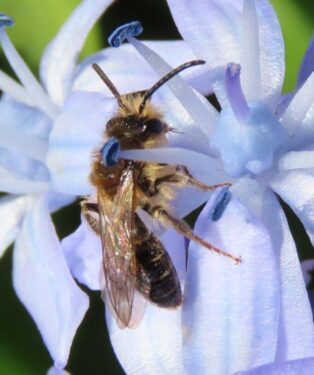 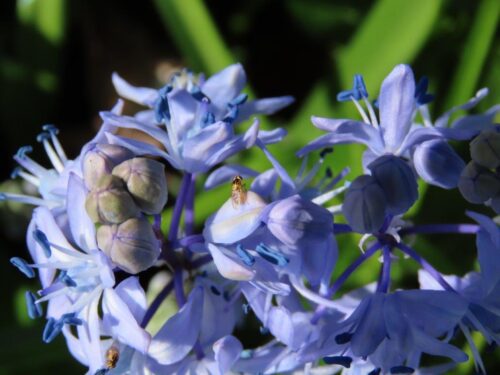 Then the much-awaited first Dark-edged Beeflies of the year, one of the real harbingers of spring. The first ones had emerged just over a week previously along the south coast, and our entry into the ‘bee-fly club’ was most welcome. Much of their time was spent foraging on Lungwort. 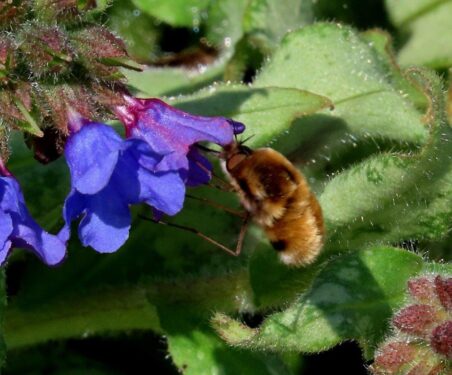 As usual, a motley assortment of baskers was sunning itself, especially in the sunflecks of the woodland gardens, from Yellow Dung-flies, to Cereal Leaf-beetles, Peacocks and the tortoise-beetle Cassida rubiginosa. 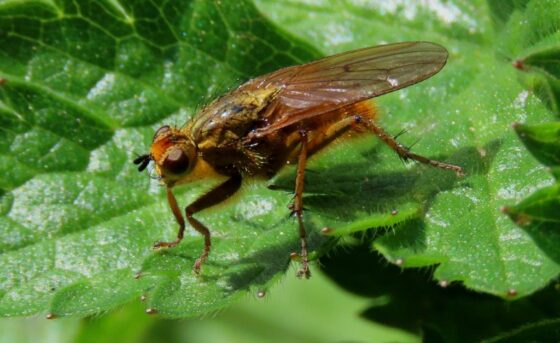 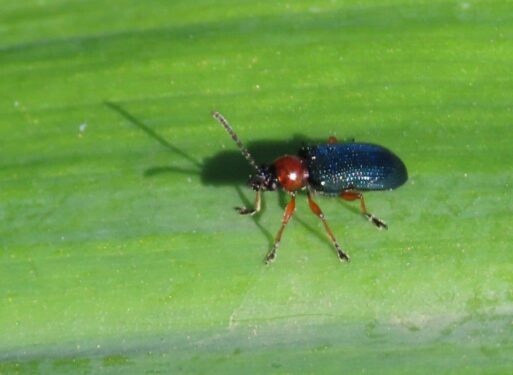 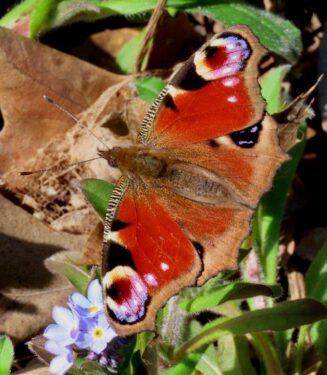 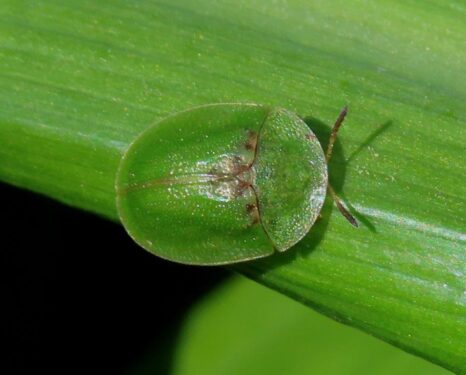 And also a good range of true bugs: Green Shield-bug (just coming out of its brown winter plumage), the piebald Crucifer Shield-bug, Dock Bug and a Birch Catkin-bug, small, reddish and when on a catkin looks lust like a seed (with legs…). 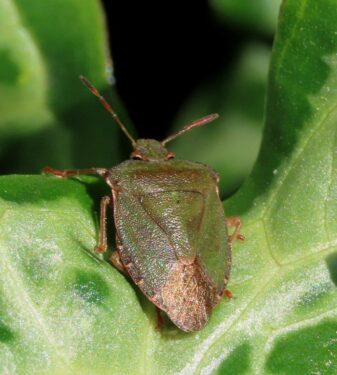 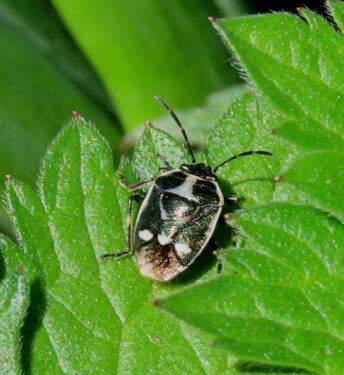 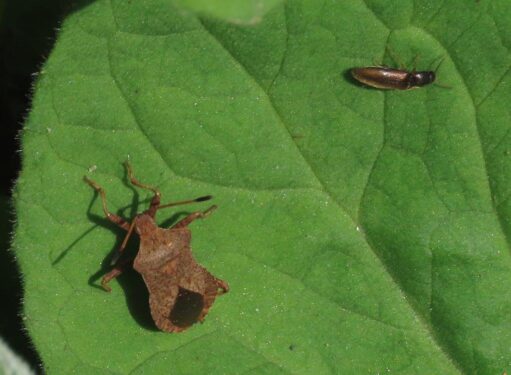 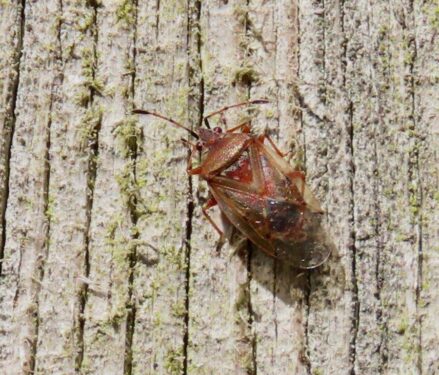 A good start to the insect season and also a great opportunity to indulge in the artistic opportunities afforded by low-angled light on the floral riches of the season. 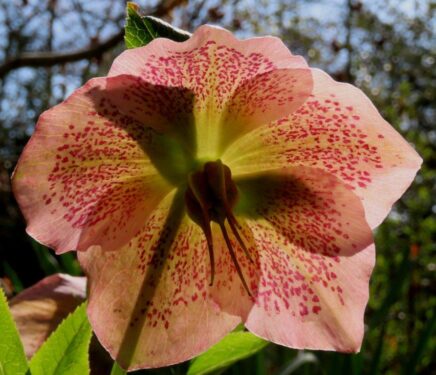 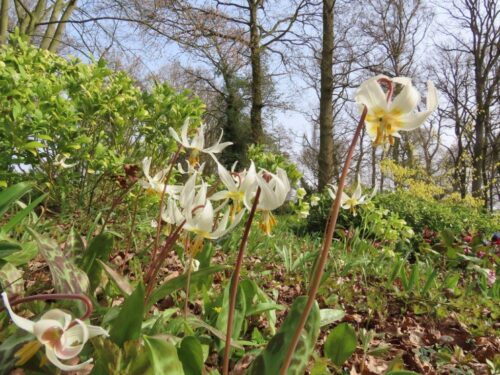 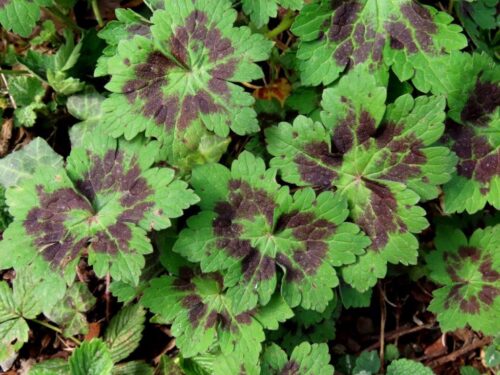 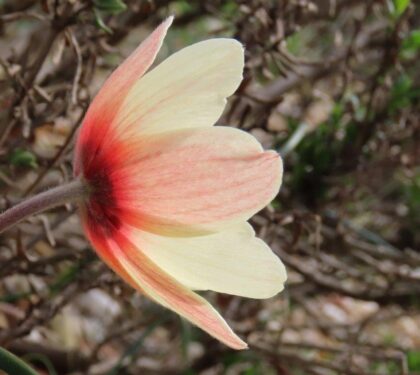 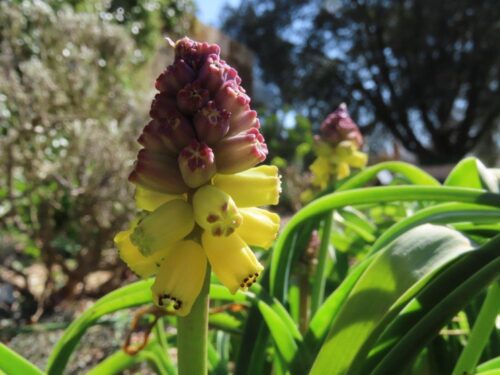 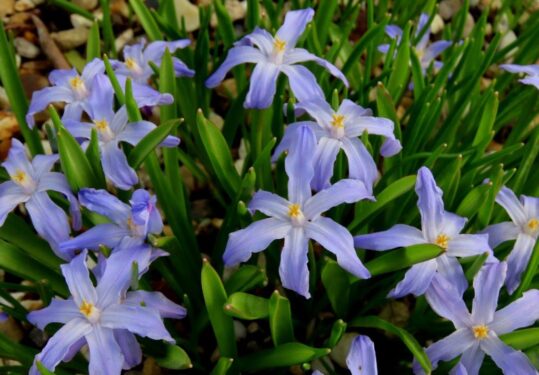 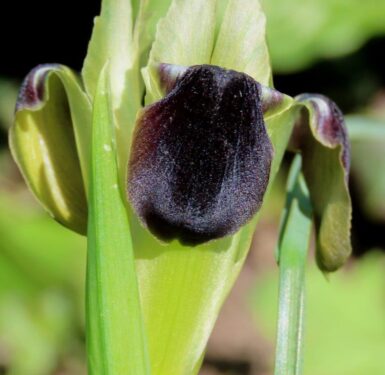 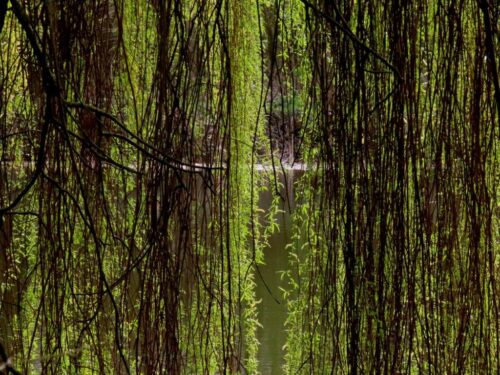