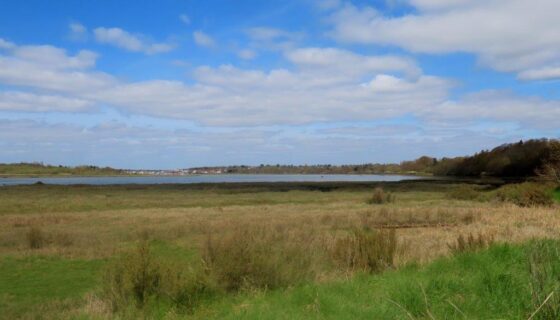 Three #WildSideOfEssex walks on the Colne Estuary with Naturetrek  in the month from the very end of March were expected to span the transition from winter to summer. And so they did, albeit rather in reverse order…

The first post-lockdown walk on the last day of March coincided with the last day of the mini-heatwave, with temperatures rocketing to 22°C – unseasonably, almost unreasonably, hot, even for the Essex Riviera! That very afternoon, skies clouded over, bathing the landscape, by now devoid of birdsong, in cloying yellowish light. Sahara dust was on its way, and when the rain came that evening, the dust blanketed everything as the temperatures plummeted. Thereafter April was a month of no rain, but icy winds from the north-east. Plenty of sunshine, but no real heat, and more night-time frosts than the whole of the preceding winter. 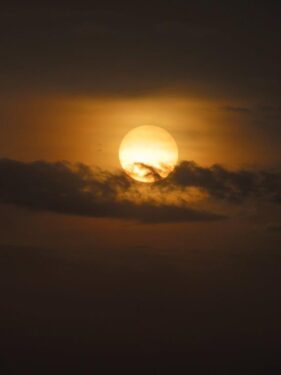 And naturally, this had impacts on the wildlife. Blackthorn was still in tight bud during the first walk, and only just past its best by the third, a good three weeks later than is typical round here. 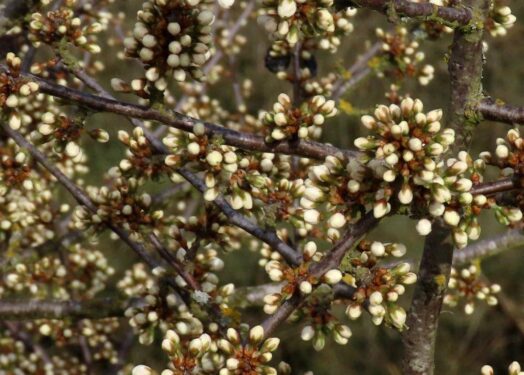 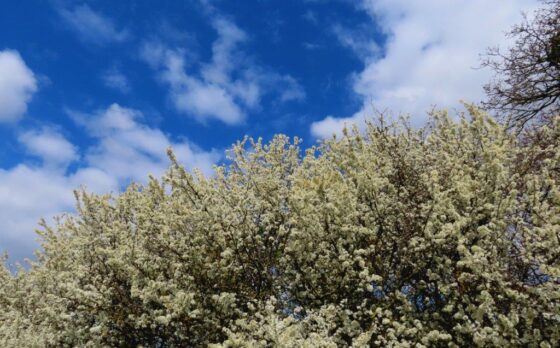 But nothing if not contrary, Nature had its mixed messages – the first Bluebells were in flower by the end of March, well ahead of schedule, but then spent April in suspended animation, still leading up to a May peak. 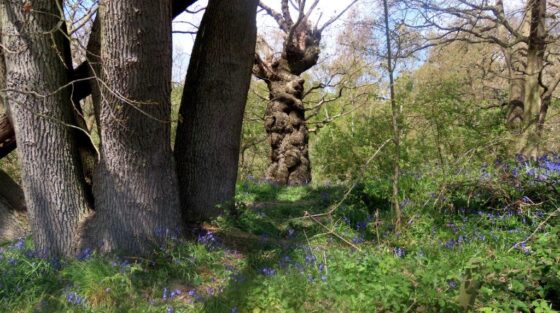 Other interesting botanical finds during the month included Greater Stitchwort and Spring Beauty on woodbanks, Stork’s-bill and Early Forget-me-not on the heaths and White Ramping Fumitory closer to the tide: 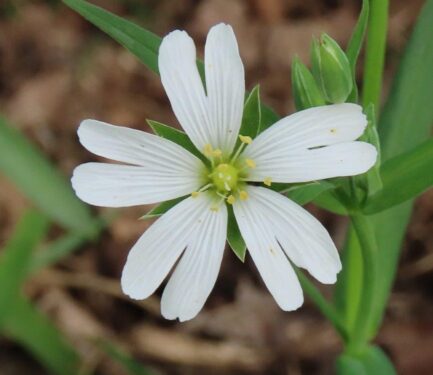 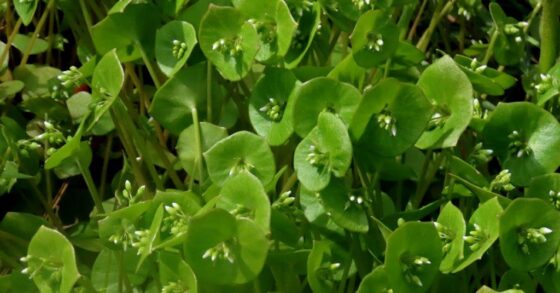 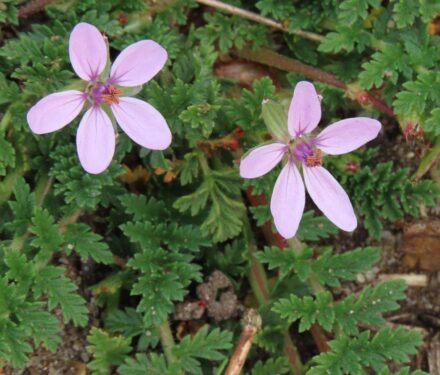 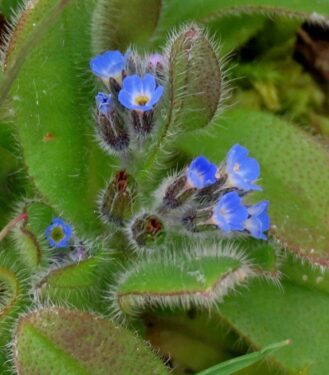 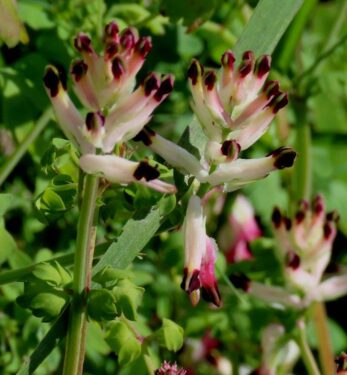 But not all exciting flowers are showy. Some of the most subtly beautiful are green: Opposite-leaved Golden Saxifrage, Butcher’s-broom, Red Currant and the simply unique Town-hall-clock in the woods and Mousetail clinging to just one of the thousands of Yellow Meadow-ant-hills on the marsh. 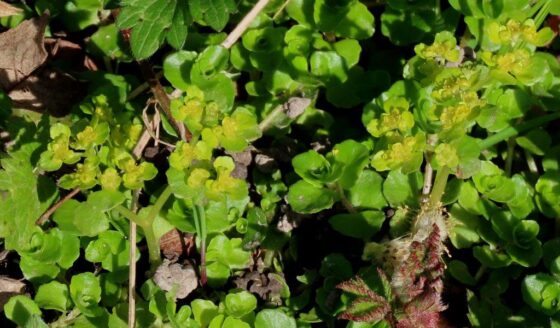 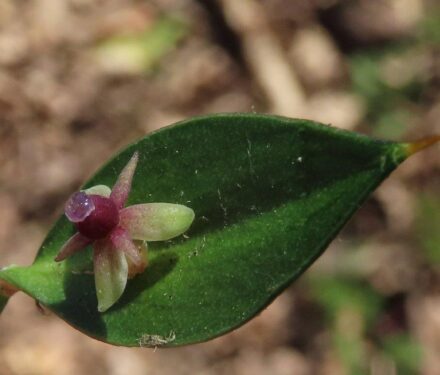 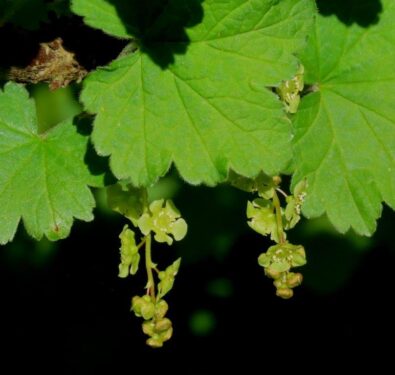 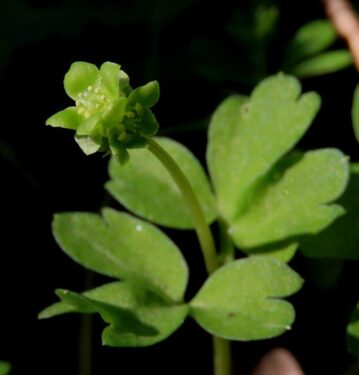 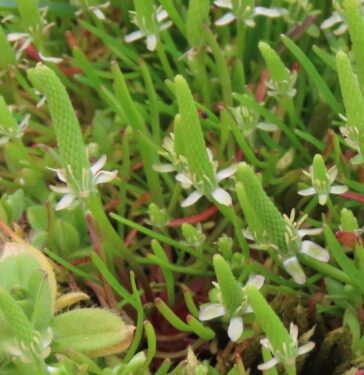 A surprising number of fungi were found (perhaps as it has been a very wet winter) with Maze-gill, a fruiting Reticularia slime mould, and best of all that beacon of winter wet woodland, Scarlet Elf Cups, in profusion by Sixpenny Brook. 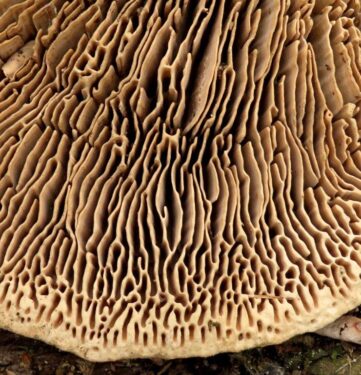 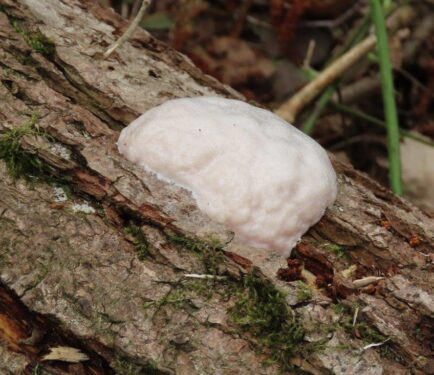 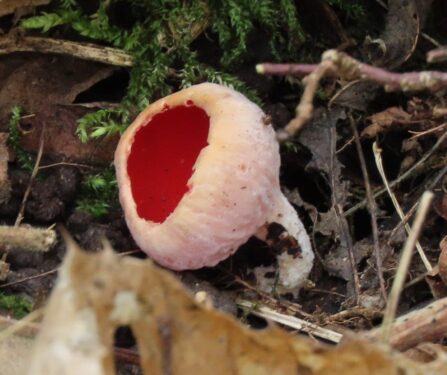 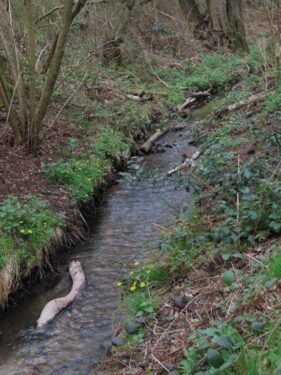 In the heatwave, spring insects were out in force with Bee-flies and Hairy-footed Flower-bees investigating the Red Dead-nettle and Ground-ivy… 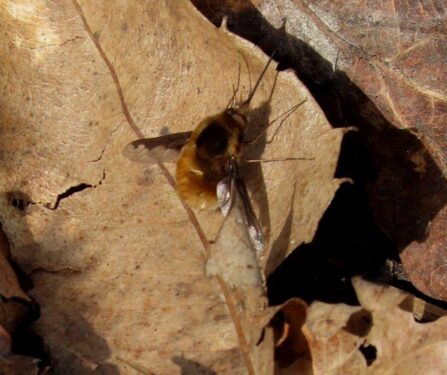 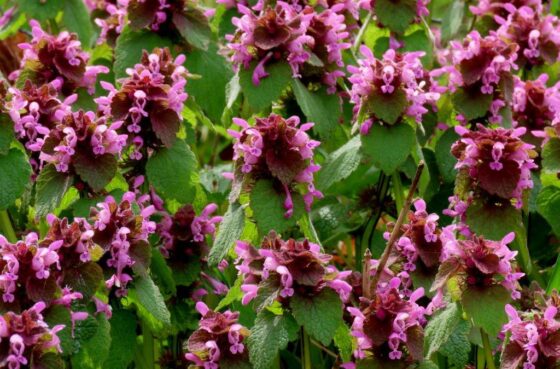 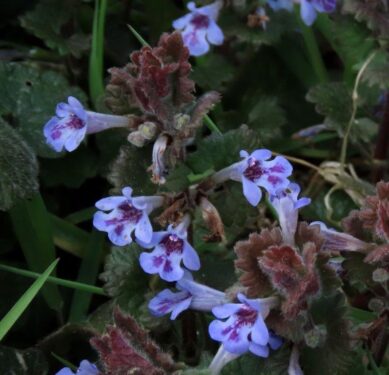 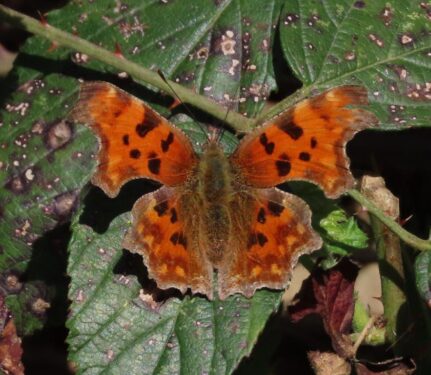 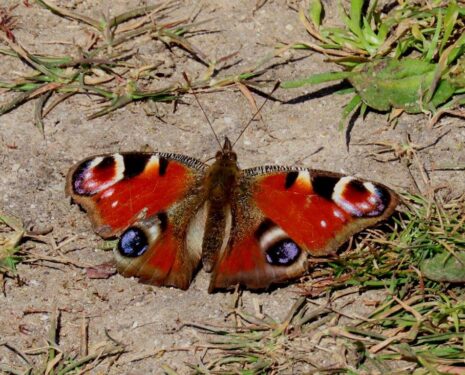 And that just leaves the birds. All change! On the estuary, the waterbird numbers dropped away rapidly, although the summer-plumaged, glowing copper, tiger-striped Icelandic Black-tailed Godwits were simply stunning. Overhead several Mediterranean Gulls yowled imperiously and drifted over on implausibly white wings on each walk, while Red Kite and Marsh Harrier were both on the move. And by months’ end, the piping of the waders had largely been replaced by the screech of Common Terns. 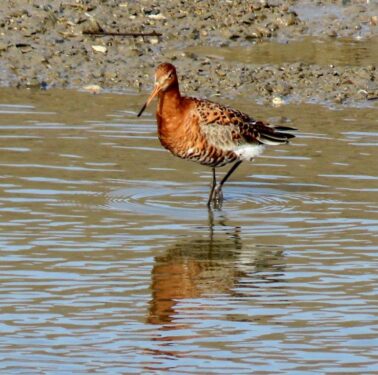 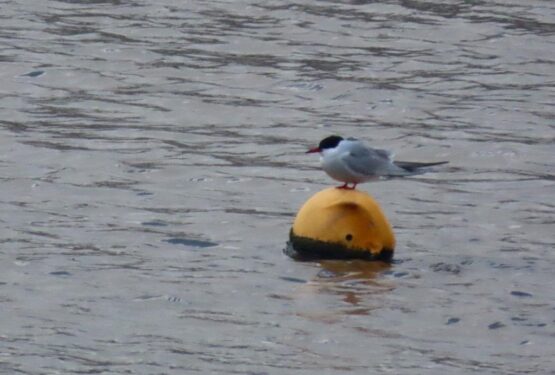 Other summer birds were slow to arrive. A few hirundines were around at the outset, but numbers barely changed during the month. Chiffchaffs and Blackcaps had made it back before the adverse winds set in, as did an early Sedge Warbler, and then by the second walk, Whitethroats, and the last one, Reed Warblers. Resident Cetti’s Warblers seem more numerous than ever, and it was especially exciting to see a territorial pair of Nuthatches in Grange Wood, as this bird is generally absent on the Tendring Peninsula.

All of the above and more, including good views of both Fox and Muntjac. And what better than on the final walk, to take lunch sitting by Sixpenny Brook, a Treecreeper creeping overhead and singing Nightingales – new in just three days previously – either side?