…if you’ll pardon the pun! Sorry for the title, but Jude insisted on it, and as she found all these critters, I could hardly refuse…

The bright spring sunshine today drew us out onto the Wivenhoe Trail, to Whitehouse Beach. And the insects too were taking full advantage. One typical feature of Spring is that the larval stages of insects come to the fore, doing what they do best – feeding – so that they can emerge as adults during the peak summer months.

Two moth larvae first, of a very different size despite the fact that they will be adults only a month apart. Brown-tail Moth caterpillars are well known for their communual feeding, based around a silken retreat, leading to defoliation of their food-plants. Those found today were only some 4mm long, having overwintered in their webs as even tinier larvae. But even at this diminutive size, their irritant hairs are well formed, giving them some protection against hungry birds. 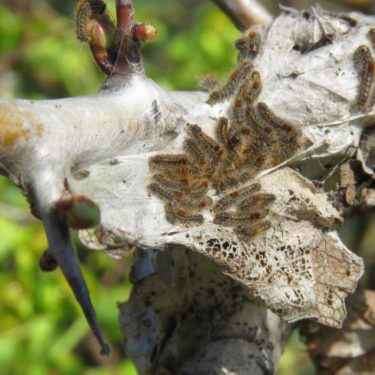 Much larger in size was the ‘woolly-bear’ of a Cream-spot Tiger moth, which will have hatched and started to feed properly last summer, such that this year, all it needed was a top up and it was ready to pupate. Which is why we found it wandering along the path looking for an appropriately safe pupation site. 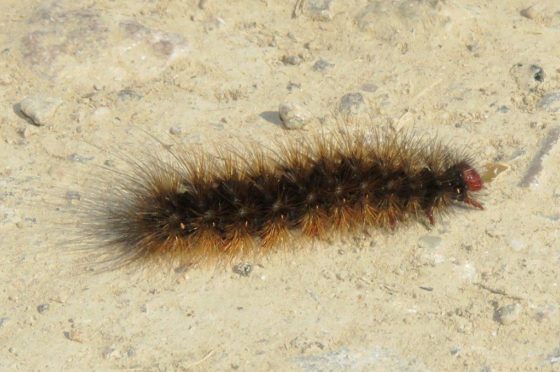 Finally, beetle larvae. Many will be familiar with those we would call ‘grubs’, blobby, slow-moving and often living inside that which they feed upon, such as dead wood. But beetle larvae are as varied as beetle adults, and the one we spotted was progressing rapidly, probably one of the ground beetles, on the hunt for slugs or caterpillars. 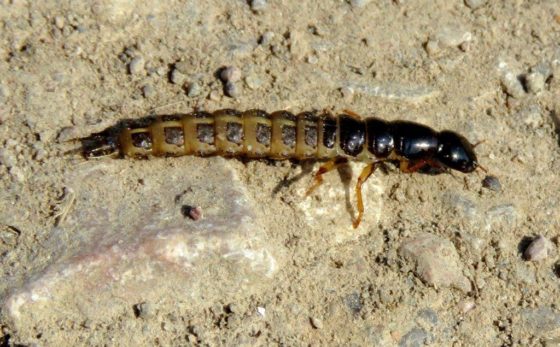