Each year, the Botanical Society of Britain & Ireland organises a New Year plant hunt, encouraging botanists and other interested folk out of their midwinter slumber to see what plants are flowering in a walk lasting between one and three hours. This year, we (the newly branded #WildEssex) made our contribution around the Wivenhoe Waterfront…

It is a very simple survey, an example of citizen science. But based on the principle that enough monkeys with enough typewriters and enough time will produce the Complete Works of Shakespeare, then enough bleary-eyed plant hunters producing enough lists will eventually produce statistically valid results. And important results, linked to the serious issues for the natural world (and us!) around climate collapse, helping to shape local, national and international efforts to reducing the human footprint on our planet.

First up, and one of the most interesting, if diminutive flowering plants: Early Meadow-grass. Until a few years ago, this was known only from the extreme south coast of Britain, but presumably under the influence of climate change, it has spread right through the Essex coast, and now Suffolk and Norfolk. 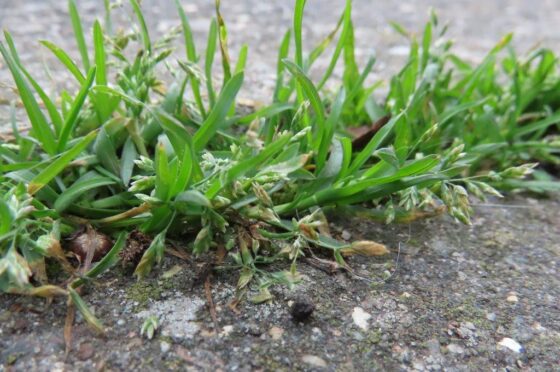 Neatly bookending our walk, the final new species we found, Jersey Cudweed, has a very similar recent history, colonising the block paving of Wivenhoe within the last decade. 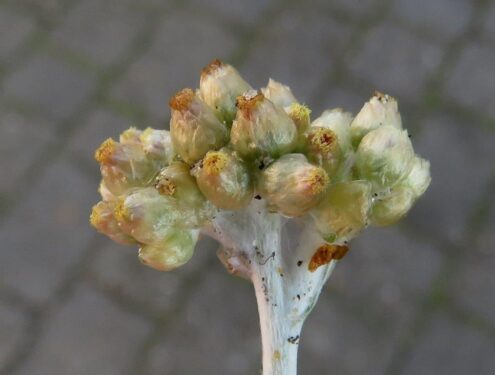 In total we found 35 species in flower, slightly more than last year’s total of 30. One cannot read too much into the difference: this winter has been exceptionally mild (indeed we were walking on the warmest New Year’s Day in recorded history, itself a worrying statistic) but there were a dozen pairs of keen eyes, whereas last year under Covid restrictions we were only two…

Most of the species were of course wholly to be expected, including annual plants of disturbed areas (aka, rather perjoratively, ‘weeds’) such as Common Field Speedwell, Petty Spurge, Annual Mercury, Groundsel and Red Dead-nettle. 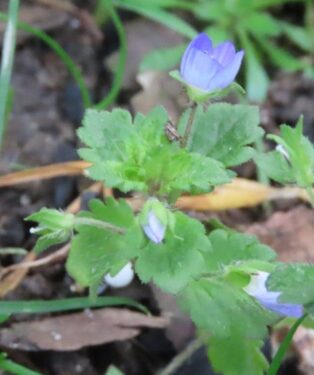 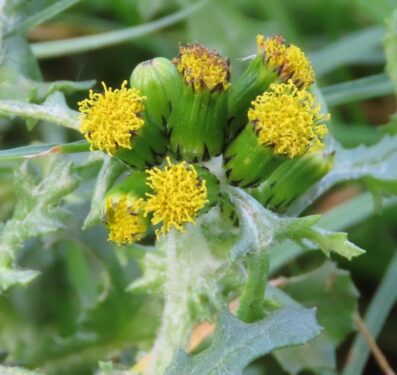 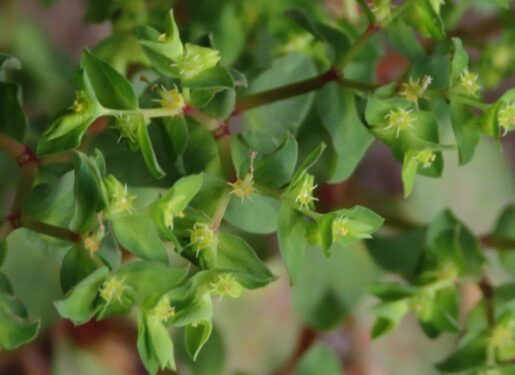 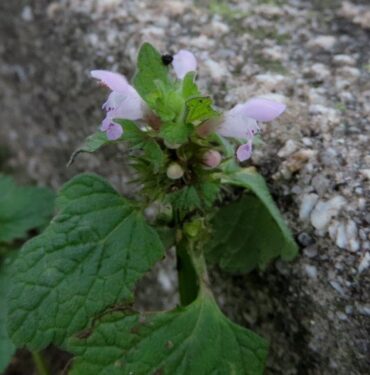 Also expected were the flowers of Gorse: ‘when Gorse is in flower, kissing is in season‘ – it flowers all year round, fortunately for us but especially for the bees that were actively seeking sustenance in preparation for the next cold snap. 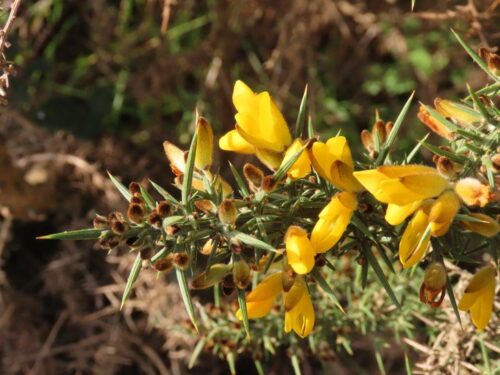 But there were also totally out-of-season flowers. Ragwort, on the sea wall, and Sea Aster with Common Cord-grass on the salt marsh were especially notable, together with Ox-eye Daisy, Yorkshire Fog and Wild Carrot in two of Wivenhoe’s new no-mow, no-sow greenspaces, alongside the more expected Daisy and Dandelion, the insect-sustaining plants that no-mow May is made for. 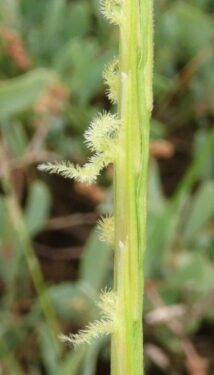 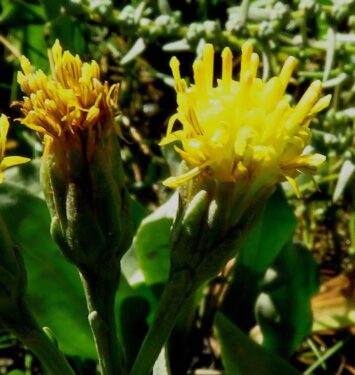 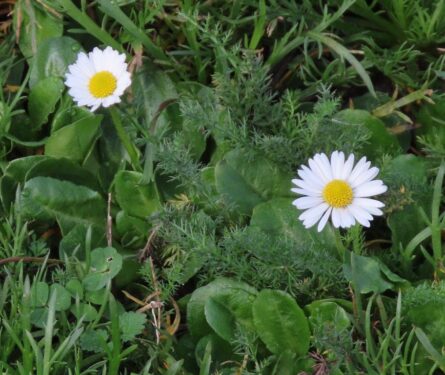 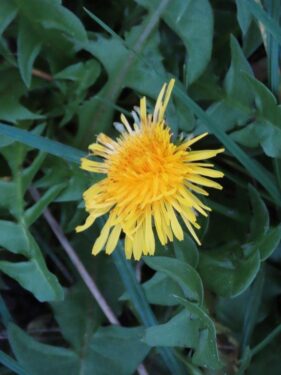 Another small group of flowering species was those which habitually use sheltered environments such as walls: Trailing Bellflower, Greater Periwinkle and Ivy-leaved Toadflax, three examples of plant refugees from more southern montane zones. 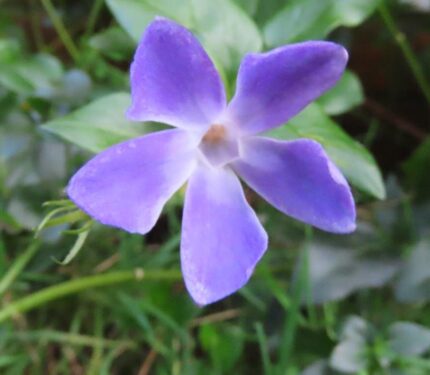 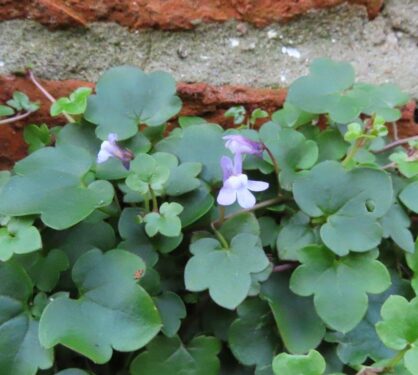 Finally, there was a notable concentration of plants with geographical names indicating their origins from other parts of the world: Jersey Cudweed and Mexican, Guernsey and Canadian Fleabanes. All very expected in an urban locality with plants from all over the world grown in gardens around us, but in the context of our survey, perhaps a clarion call that all the world must work together to tackle the problems on our planet. 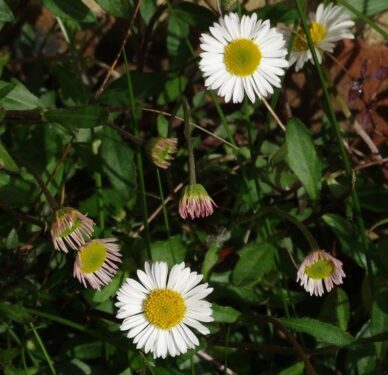 Naturally, although a botanical trip, we didn’t overlook other wildlife. Our massed sharp eyes found the scarce fungus Cord-grass Ergot, a large caterpillar on Sea Beet that we think might be the larva of the Small Square Spot moth, and brightest of all, a huge number of Rosemary Beetles, the mobile jewels that adorn many a garden Rosemary or Lavender, mostly paired and in the process of making more beetles. All a very hopeful sign for a wildlife-filled 2022! 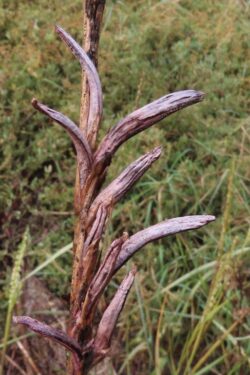 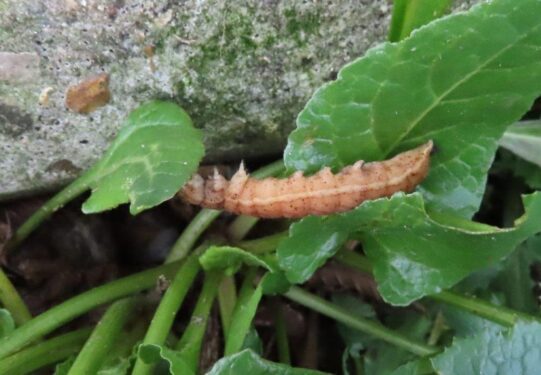 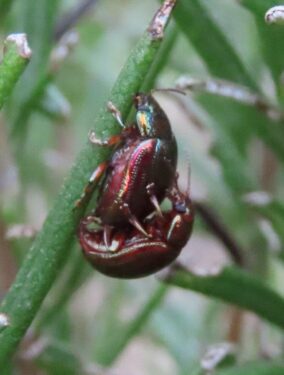 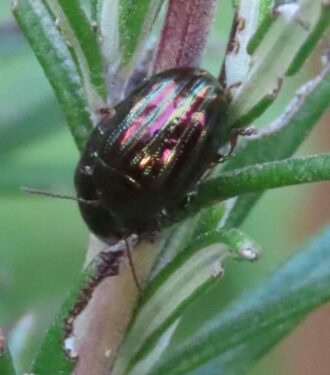