All aboard the magnificent Sailing Barge Victor, under the expert and Covid-safe handling by skipper Wes and his team…. 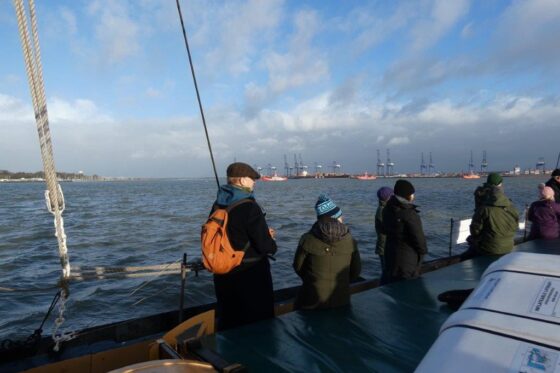 Being ‘twixtmas, good weather is never guaranteed, and we certainly experienced the elements today. Departing the Ha’penny Pier at Harwich in a spell of reluctant sunshine, the next four hours, motoring up-estuary to Mistley and back, threw everything at us, from squally showers, to drizzle, to sea-spray, sometimes restricted visibility, rainbows, and always the wind. But at least being south-westerly, and continuing the theme of Christmas 2021, it was relatively warm. The rather inclement conditions are the reason for the low number of photos in the blog: words will have to largely suffice! 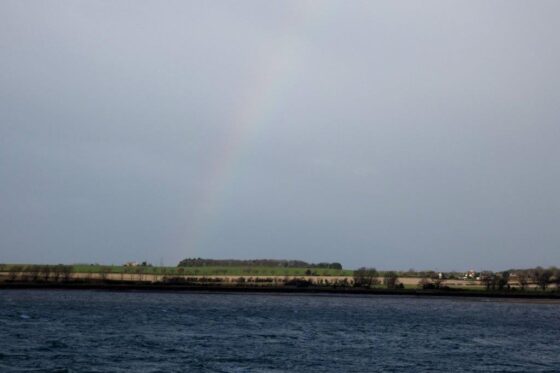 Before we even left the mooring, the first good bird (indeed almost the first bird) popped up beside the boat, a Shag. A rather scarce species along the Essex coast, there are usually a few in the Stour in midwinter and we saw at least another two or three as we motored upriver, along with the always more common Cormorants. 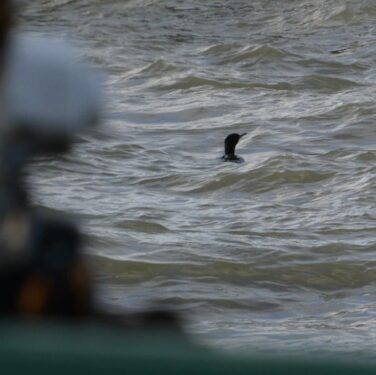 Ever impressive, if only by virtue of their scale, the cranes of Felixstowe Port were in operation (international ports never stop, not even for bank holidays): the Ever Given, one of the largest container vessels in the world and notorious blocker of the Suez Canal, was in town. 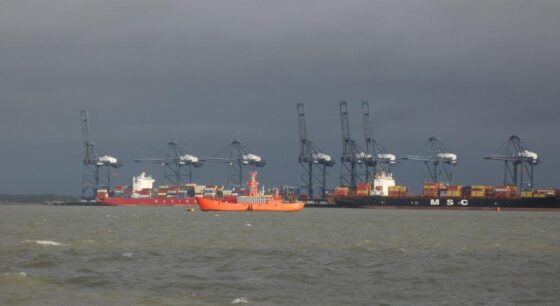 Heading towards Shotley, a flock of some 200 Brent Geese lifted off the fields behind the village, and came down to feed on the exposed muddy flats and fringes of Erwarton Bay. Here they joined feeding waders, most numerously a couple of thousand Knots, almost invisible in the murk until they took off and swept around in murmuration. As we progressed alongshore, flocks of Wigeons became increasingly frequent. 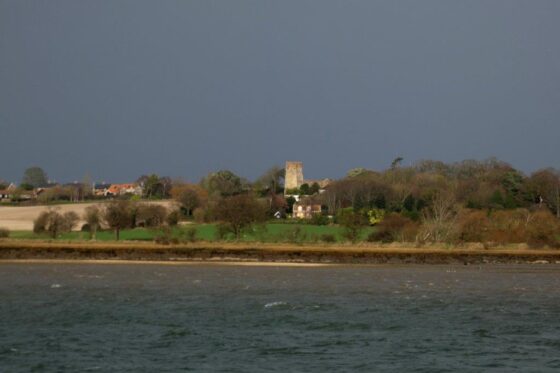 As the first shower enveloped us, binoculars turned to mid-channel where a Great Northern Diver was fishing, or probably crabbing, a hundred metres or so from the boat. And then, even closer, a bull Harbour Seal surfaced with a huge flatfish in his mouth, and proceeded to eat it in front of our admiring gaze. Our thoughts having turned to food, the summons to breakfast, a delicious egg, bacon and sausage bap, was most welcome – as was the chance to warm up, safely spaced, below deck.

Emerging again,  the Royal Hospital School had come into view, and the (slightly) sheltered margins of Holbrook Bay held a few Great Crested Grebes. The first Red-breasted Mergansers and Goldeneyes splashed into the air ahead of the boat, and good numbers of both remained a feature all the way up the increasingly narrow channel to Mistley. 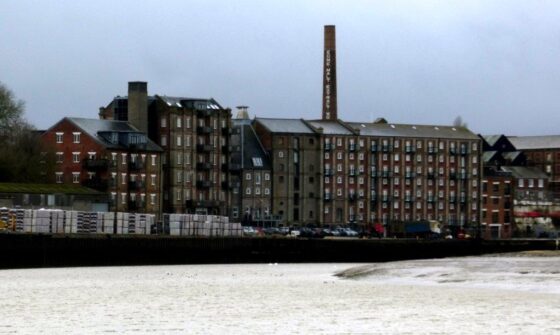 Narrow channels mean bigger mudflats, and on them Shelducks in particular were in impressive numbers, along with Curlews and Grey Plovers, Dunlins, Redshanks and a lone Greenshank…

… while the creek edges were liberally sprinkled with flocks of Teals and Pintails and, wading out into the shallow waters, the stars of the inner Stour, 300 or more Avocets. 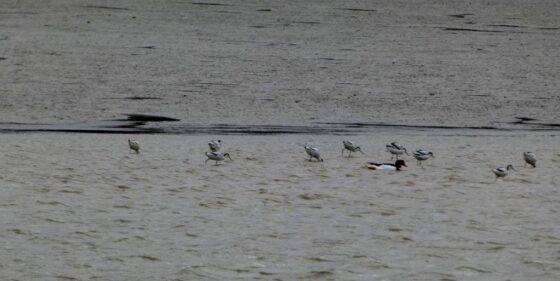 Heading back closer to the Essex shore, it was waders and ducks all the way as we became enveloped in a squall, subduing even the glorious golden gables of Grayson Perry’s ‘A House for Essex‘.  A Buzzard flapped slowly over the river from Suffolk to Essex, and in a final flourish, in better light, a male Marsh Harrier did pretty much the same, heading inland over Parkeston Quay, while a single Guillemot bobbed in the choppy channel. A fine end to a challenging, but rewarding, day. 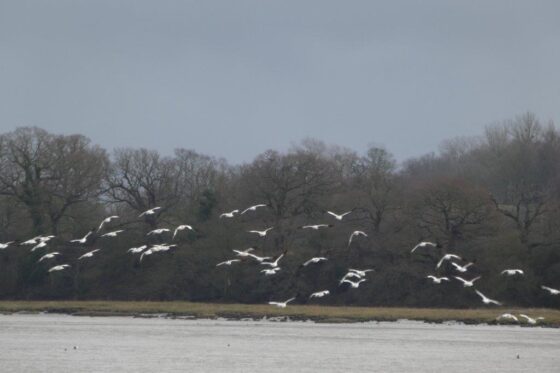