Thank you all for coming along to our walk today.  The weather was absolutely perfect – bright sun, blue sky with a gentle breeze to keep us all cool. 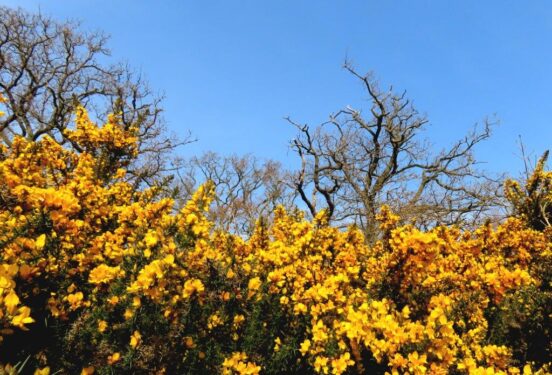 Gorse, that most important of plants for early pollinators, was out in profusion, and we make no apologies for starting this little blog with blue (sky) and yellow (gorse)– nature’s reflection of the Ukraine flag – a tiny, though heartfelt, show of solidarity with those suffering untold pain and misery in ‘civilized’ Europe.

This month’s event was the first time we have taken our group on this particular route, and was more of a lengthy walk than we sometimes do. Starting at the old, ruined church of St Peter we wended our way through lanes, down steps and across stepping stones until we reached the trail from Wivenhoe.  This path was once the railway line (Crab and Winkle line) which ran to Brightlingsea pre-Beeching. It is now a popular walkway, with good visual and actual access to the estuary.

The church is an interesting structure; destroyed by fire in 1971, it has acquired a beauty which only old ruins can and the churchyard itself has (at least in other years and we are hopeful for this) been managed for wildlife with areas unmown and allowed to do their own thing, although at the moment with little else showing other than (planted) Wild Daffodils. Among the grassland there are of course lots of those fascinating structures, lichens, on gravestones (see Chris’ gallery of ‘Lichenscapes’ Lichenscapes | Chris Gibson Wildlife). 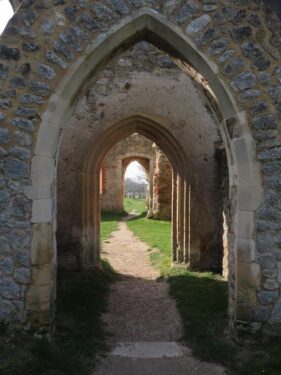 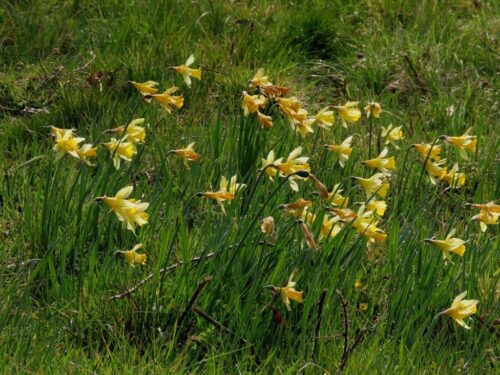 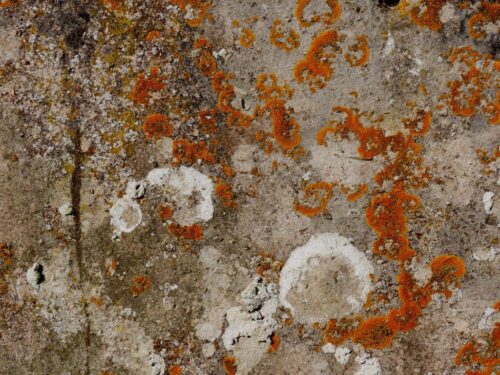 So what did we see?  We had billed this event as seeing ‘first signs of Spring’ and we were certainly rewarded with lots of early Spring flowers, each an important source of energy for early emerging insects. Lesser Celandines, Greater Stitchworts, Red Dead-nettles and Common Stork’s-bills, not to mention a few (surprisingly early) Bluebells, were decorating the hedgebanks and field margins. 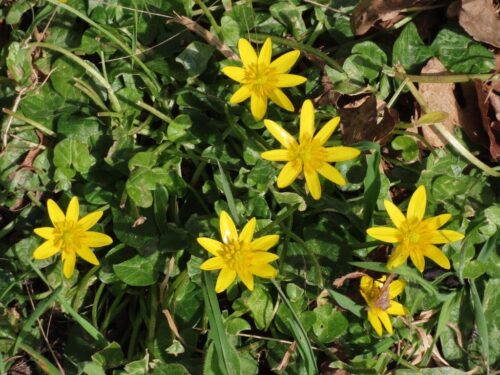 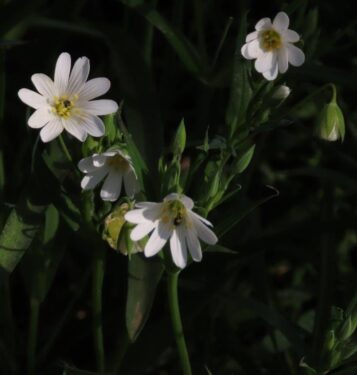 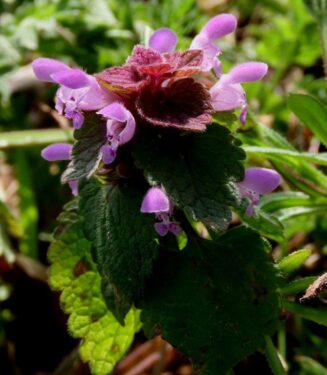 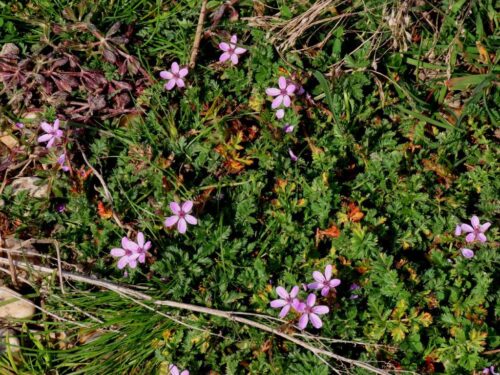 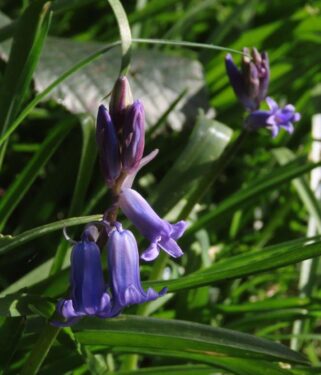 Blackthorn and Cherry-plum were in flower (the latter by now almost over), many of these shrubs buzzing with flies and bees making good use of their stores of food, and those biological pest-controllers par excellence, the ladybirds, were spotted here and there.  Who needs nasty poison sprays to keep aphids at bay when these beautiful little jewels will do the job for you? 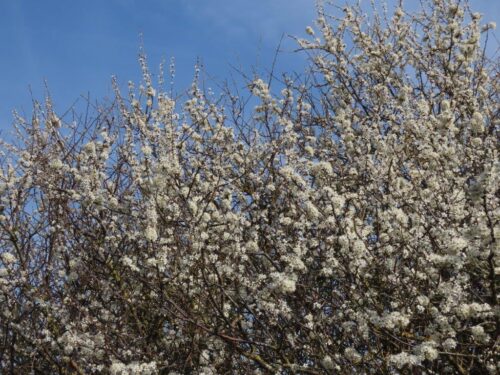 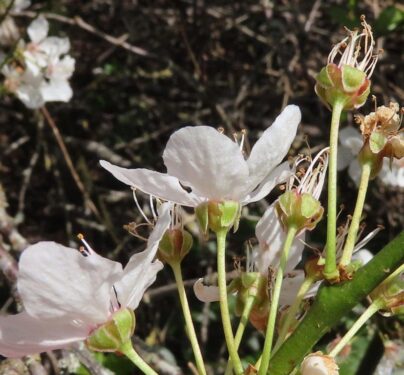 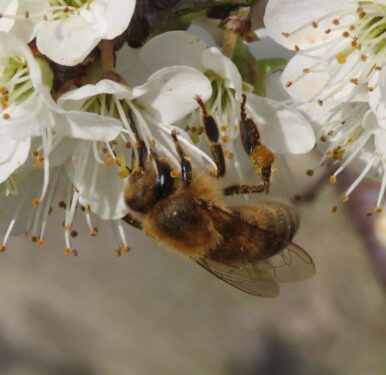 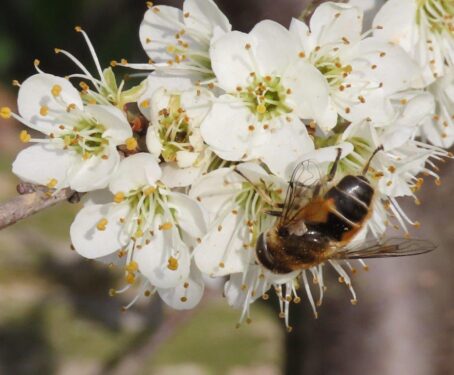 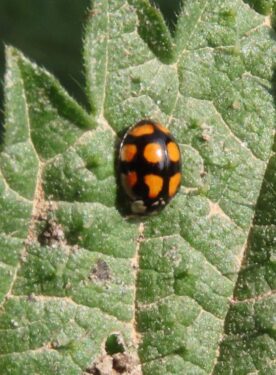 Although not a Spring species, King Alfred’s Cakes, a hard, globular fungus was found on a dead Ash tree overhanging the path. 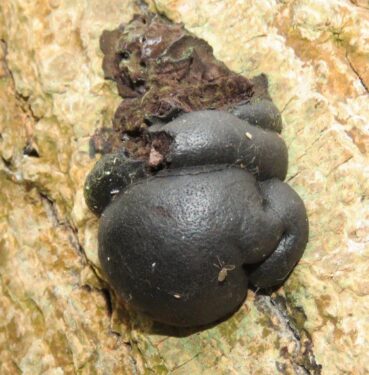 Those flying wonders-of-nature, butterflies, were out and about. How on earth caterpillars get transformed into these works of flying art is a mystery to science. We saw Peacocks, Commas and Small Tortoiseshells, but no sign of any Brimstones, although they are on the wing at the moment. And always a delight (to us if not to the bees their larvae parasitize), Bee-flies were just starting to emerge… 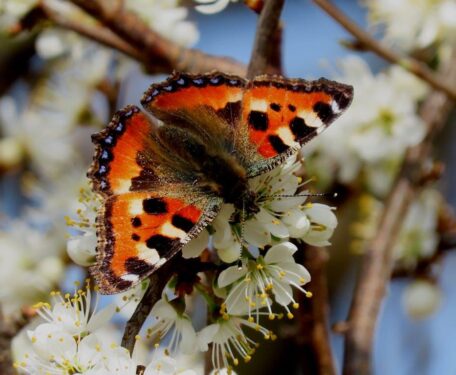 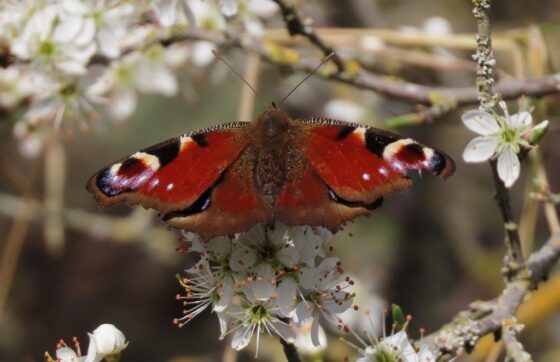 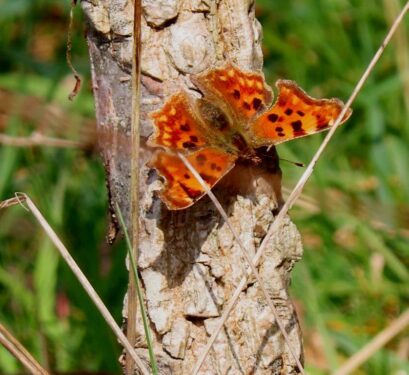 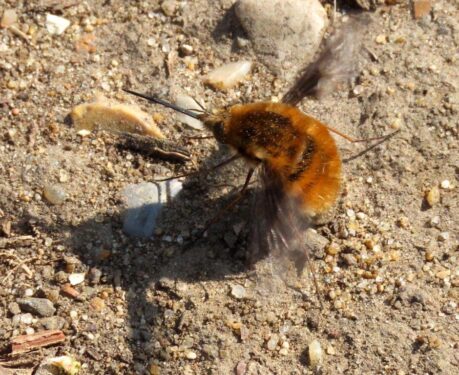 Birdsong filled the air; we heard numerous Skylarks, Blue and Great Tits, Robins, Chiffchaffs, Blackcaps and many others whilst strolling down to the estuary. The shore birds are beginning to leave our coastline now, the few still remaining included Black-tailed Godwits, Curlews, Shelducks, Teals and Brent Geese we enjoyed watching going about their daily lives of probing mud for scrummy little worms or nibbling on vegetation, all the while keeping their collective eyes open for real or perceived threats.  Lots were disturbed by a Little Egret which landed among them (perhaps looking too much like a Marsh Harrier),although in reality the female Sparrowhawk which flew over at the same time was more of the threat at least to the smaller birds. 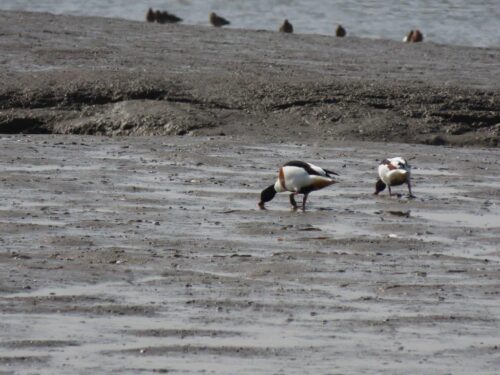 The last leg of the ramble was up Ford Lane, ascending from sea-level to the peak of the Essex Alps, where Cow Parsley in very early flower gave a final taste of spring, a last boost to carry us through the cooler conditions forecast for the week to come. 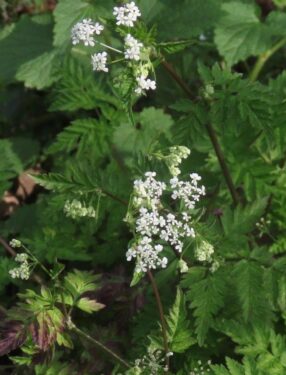 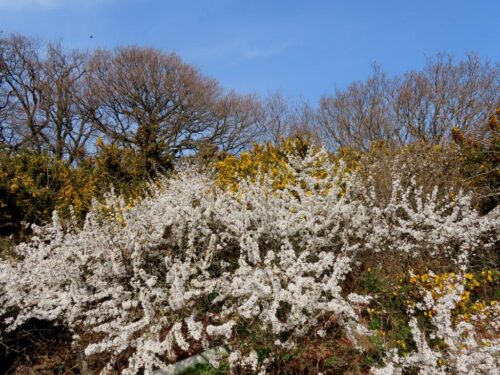