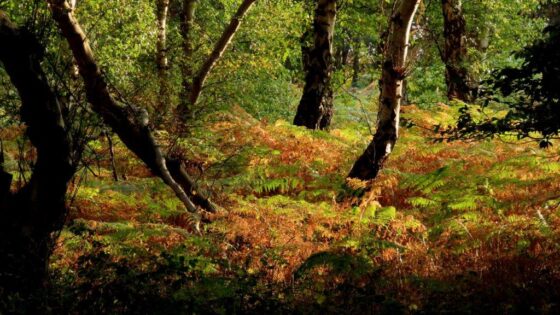 An intrepid, necessarily small, group of Wivenhoe Bug’n’botters headed out to the southern Suffolk Sandlings on the equinox, and very likely the last day of summery weather for the year. The heaths were sweltering in temperatures of 26C, a very light breeze and dawn ’til late afternoon unbroken sunshine. 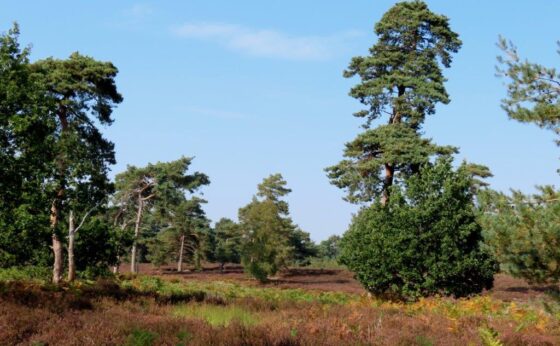 The Sandlings, with appropriately sandy soils in one of the driest parts of the country, are well used to drought: indeed their special flora and fauna thrives on it. But this year is like no other I have known, with three substantial droughts since April, and the latest one has seen a premature end to the flowering season for many plants, a rapid autumnal de-escalation of insect activity and a near-total absence of fungi as yet. 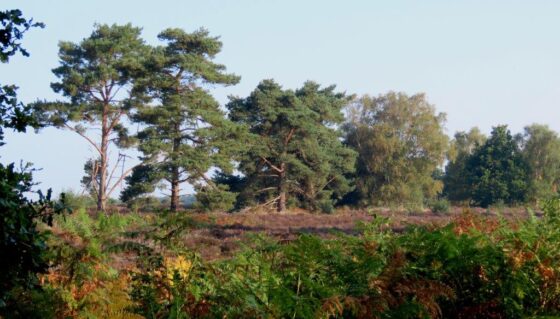 Nevertheless there was plenty to keep us occupied on Sutton Heath and Upper Hollesley Common for most of the day, including several things we in Essex see little of. First among those is the habitat: lowland heath, which because of geological history and the relative lack of wind-blown or glacial-meltwater sands in our county is a rare habitat. Even its eponymous plant, Heather, is exciting en masse to us, and was still blooming in places, and along with Bracken, Western Gorse, Silver Birch and Scots Pine, the latter derived from early 20C forestry plantations, an ever present backdrop to our day. 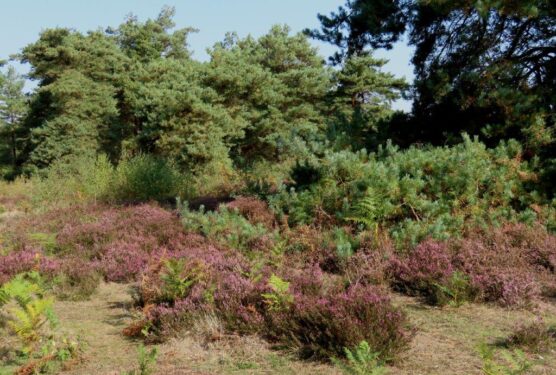 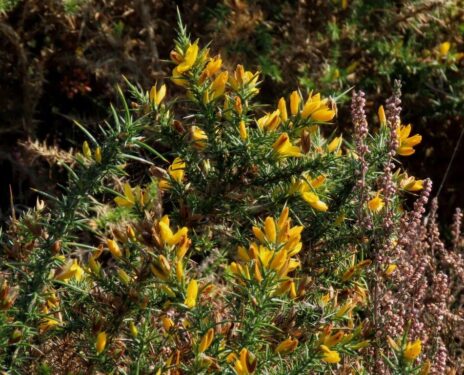 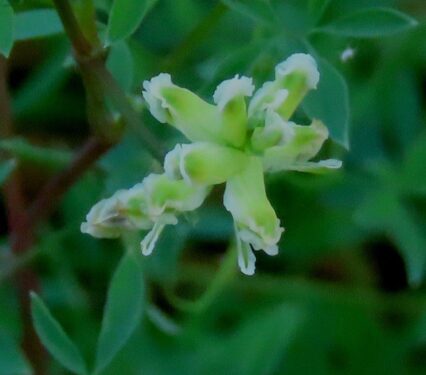 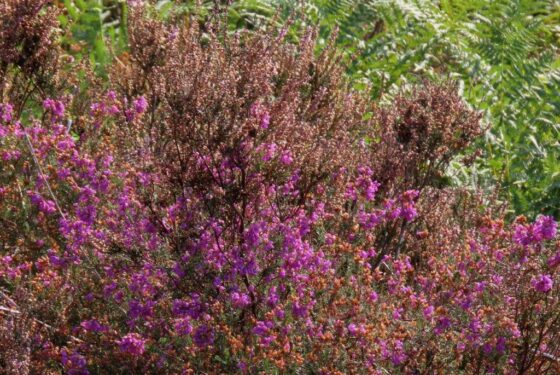 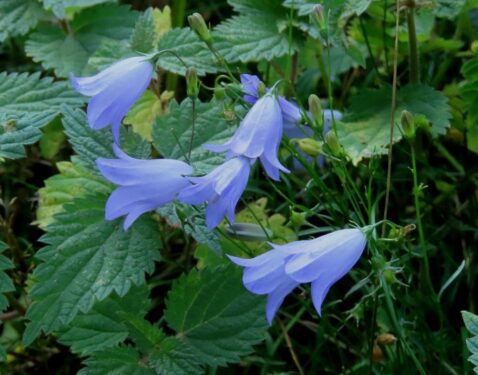 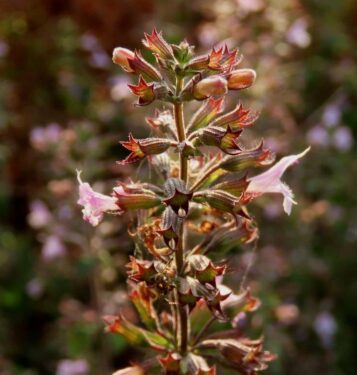 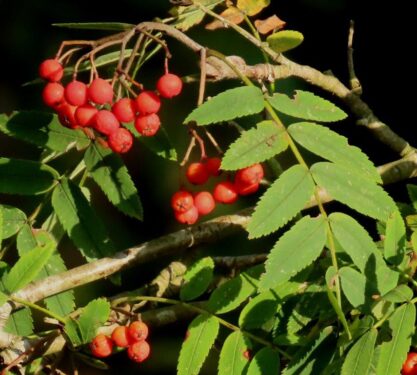 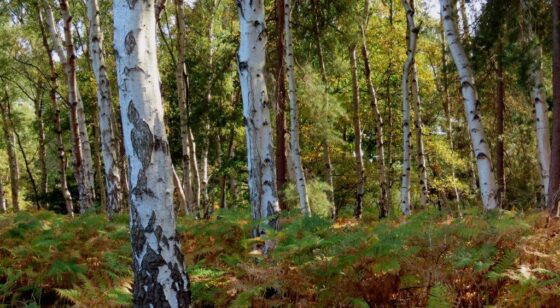 Butterflies were few and far between but included Small Copper (some especially vibrant, evidently having emerged very recently) and Small Heath, with Speckled Woods hiding well in the dappled shade of Birch trees. Graylings too were well camouflaged, wings always closed, their undersides a fair approximation of the heathland sand and lichen carpets, and exciting to us as it is now seen only very rarely in Essex. 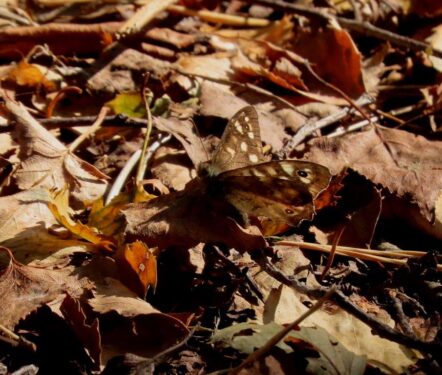 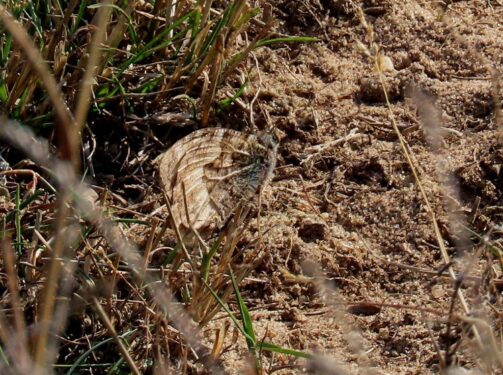 Numerous Common Darters twinkled in the sunny clearings, with Migrant Hawkers actively patrolling for food, rather than sitting and waiting for prey to come to them. 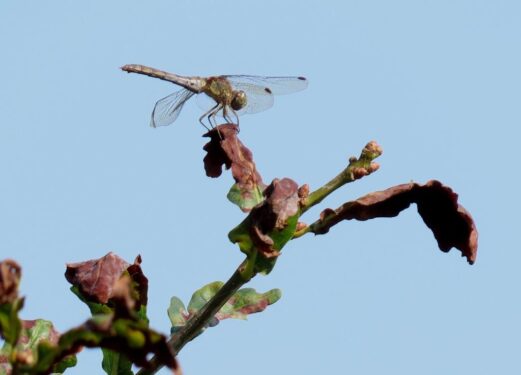 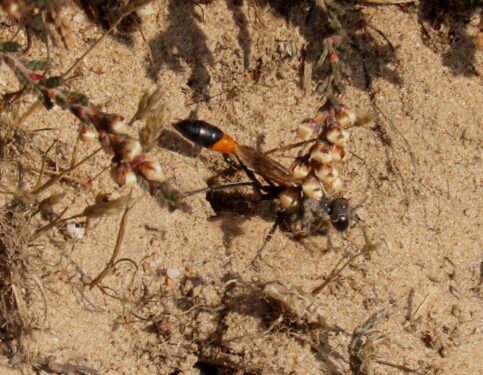 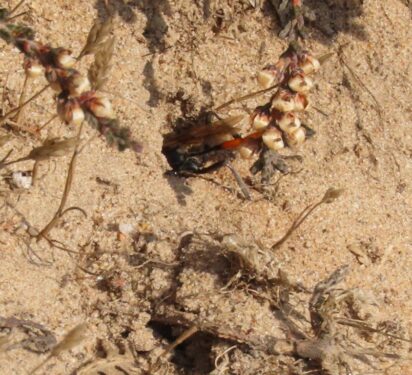 Oak trees, as always, provided a good variety of galls, with many leaves especially heavily covered in Common Spangle Galls. And below the trees, Oak and Pine in particular, the groundscape of fallen acorns and cones was testament to autumn’s riches. 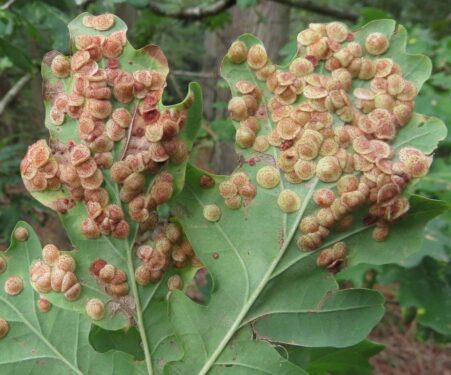 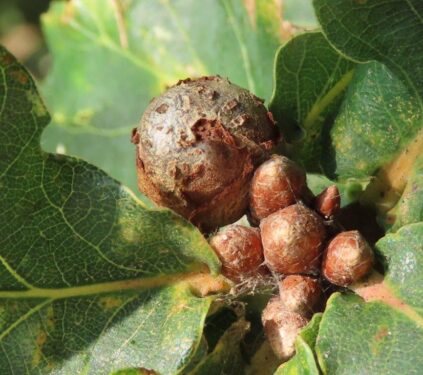 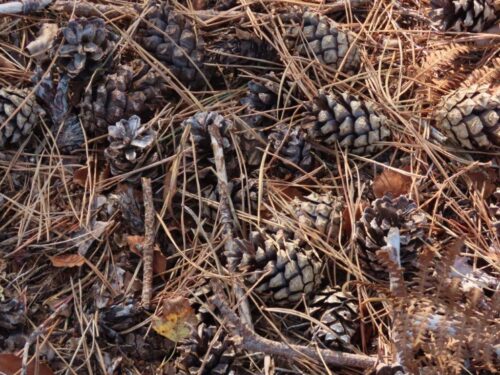 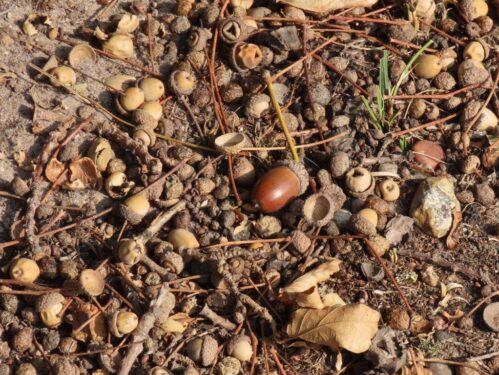 Birds demonstrated well the season of change, with groups of up to 40 Meadow Pipits, presumably recently arrived from Scandinavia, moving through all morning. Robins, again probably mainly migrants, were ‘ticking’ everywhere in the trees, while roving mixed bands of noisy tits, Goldcrests, Chiffchaffs and Chaffinches rampaged through them. Triggered perhaps by spring-like day length, a few of the Chiffchaffs were in song, while over the open heaths, the mellifluity of Woodlark cadences contrasted with the squeaky flight calls of Siskins. Bird of the day, however, must have been the Cuckoo, surprisingly late in the year, a young bird following in the wake of its parents who will have headed for Africa maybe a couple of months ago. 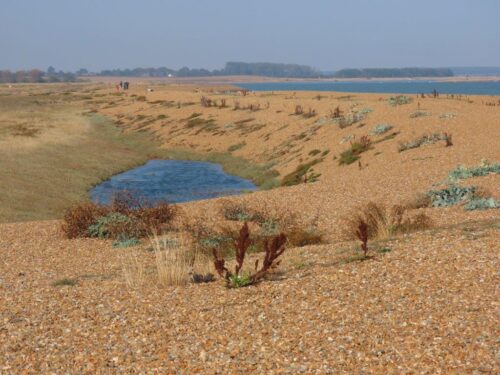 It was quite a contrast for our final walk, on the coast at Shingle Street: more breeze and many more people, and expansive seaward views up to Orfordness, now without its iconic lighthouse, having been demolished over the summer. 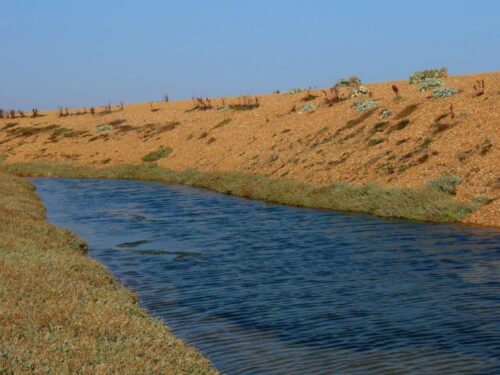 Although flowering had again been brought to an early end, despite their much-needed drought tolerance, shingle plants included Sea Kale, Sea Beet, Yellow Horned-poppy and Sea Pea. However, Sea Pink (surprisingly, as this normally flowers in May), Rock Samphire and Viper’s-bugloss, together with Sea Campion, some of the latter infected by Anther Smut. 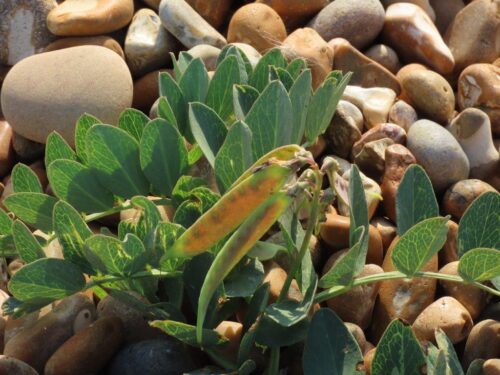 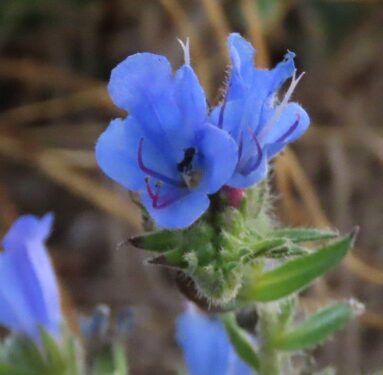 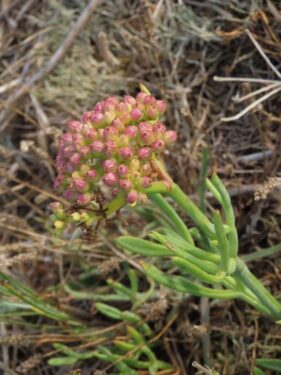 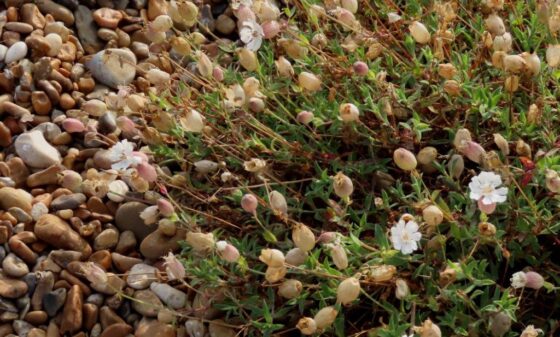 As we headed back along the stabilized shingle ridge, we noticed the first large Fox Moth caterpillar, crossing our path. And then three. Then half-a-dozen, and yet more, probably fifty before we got to the car park. And on the road, absolute carnage, hundreds of them squashed into the asphalt, their final march in search of overwintering sites thwarted. 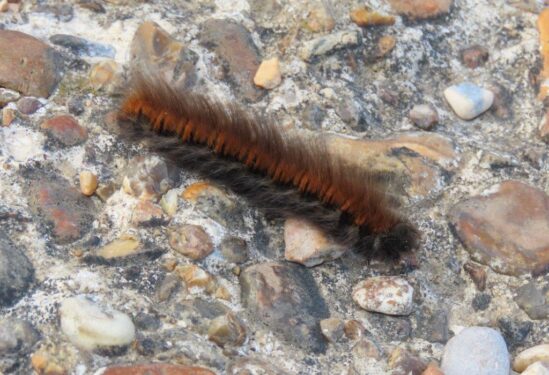 A couple of Curlew flocks, some 40 in total, heading purposefully south continued the bird migration story of the day, and  as we returned to the cars a Cetti’s Warbler exploded into song (and showed itself fleetingly) in the sparse hedge just five metres away. The final highlight of a very full day! 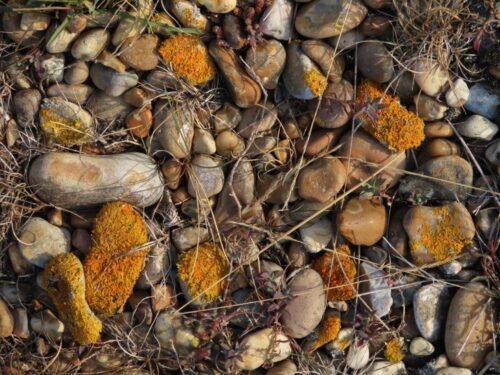