Thank you for joining us on our June explorations. Quite long walks for our ‘B&Bs’ and two hours not really long enough to do the reserve justice, but we did see a lot of things which took our fancy.   STOP PRESS – we are hoping to arrange a half day trip there under Honeyguide Wildlife Holidays banner on Thurs 12 August.  10am – 2pm for £25.  A short stop for lunch will be factored in.  If this appeals let me know.

Anyway, back to our walks for June and what a change in the weather from our last B&B outings – the cold wet of May transformed into bright sunshine and considerable heat. The natural world was loving it  – the flowers were bright and beautiful,  and insects were everywhere doing their thing. We ran two separate events, on consecutive days, and here is a summary comprising the best bits from both:

The lane from Wivenhoe to the edge of the Cockaynes reserve was in itself interesting – a plant (rather rare in a national context) White Ramping Fumitory, is thriving in Wivenhoe and was seen growing at our assembly point. 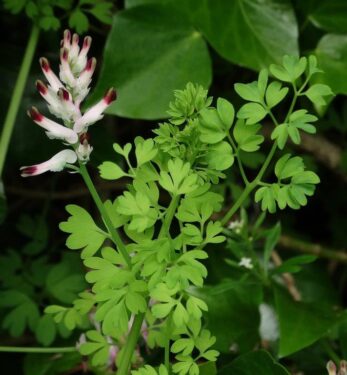 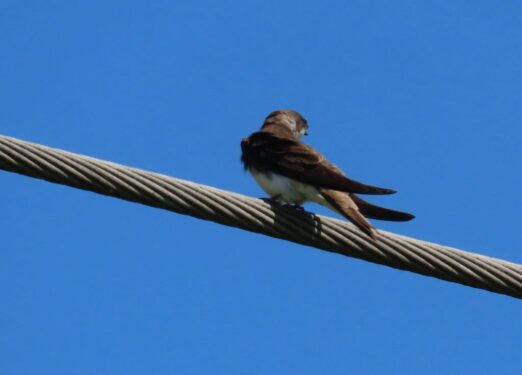 En route we encountered Sand Martins (which now nest in the Cockaynes gravel-pits) resting on telegraph wires, the song of Skylarks,  butterflies including Small Heaths, and tiny creatures were represented by froghoppers, or rather signs of them in the form of cuckoo-spit. These tiny bugs use their ‘straws’ to suck up plant juices into which they blow air and squeeze the bubbles out the other end; they have to process a lot of sap to get enough nitrogen for growth, and the copious exudate also provides protection for the nymphs from environmental extremes. Plants included Greater Celandine, with its yellow sap, and lemon-yellow Mouse-eared Hawkweed. 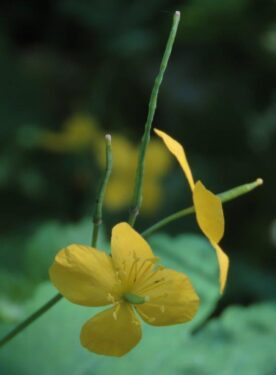 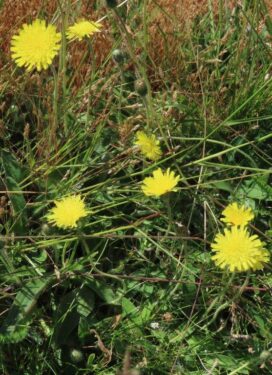 Once into the Reserve, a walk through Villa Wood alongside Sixpenny Brook was, as always, a delight –  in fact it proved irresistible for one of our Monday group who just had to have a paddle. 😊  Invertebrates of note were Yellow-barred Longhorn moths plus the tiny nymphs of both Speckled Bush-crickets and Lesser Marsh Grasshoppers. 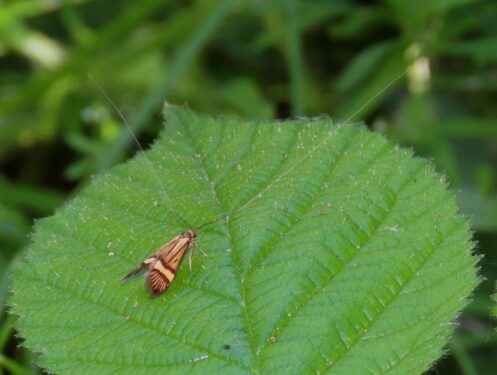 The area known as Cockaynes Wood, a cool refuge from the strong sun, has a charm of its own with old trees and amongst the plants the uncommon ‘ Common’ Cow-wheat.  On emerging into the light we were amazed by the number of Azure Damselflies – they too had emerged, in large numbers, to begin their lives and 30 or so individuals were flitting too and fro amongst the Bracken.  A fabulous Tiger Beetle was seen on a dusty path, but wouldn’t stay still for long to be admired.  Luckily Chris managed to get a snap of it… 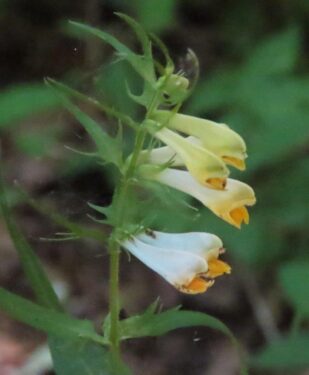 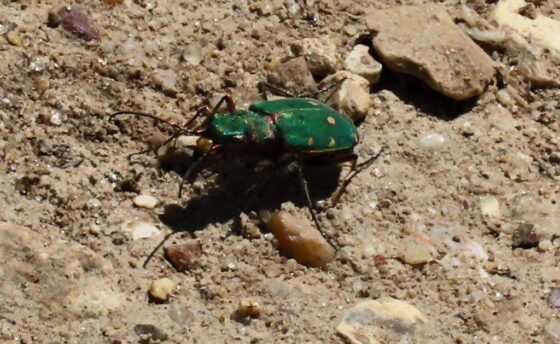 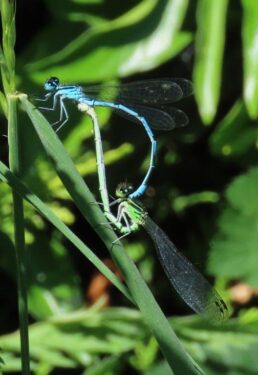 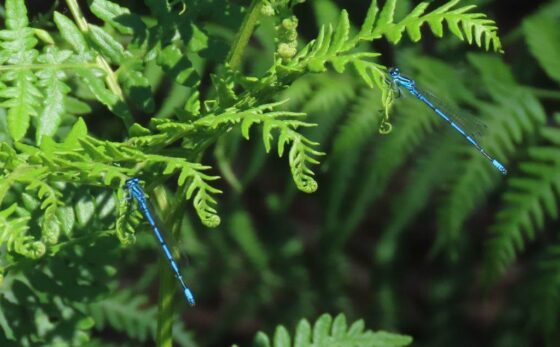 Birdsong accompanied our mornings, from Chiffchaffs, tits of all denominations, Blackbirds, Yellowhammer and Whitethroats.  A quick foray into known Turtle Dove territory allowed one group to savour the purring sound of summer (sadly now very hard to find) but the song is fading now as (hopefully) the birds are now happily mated and so have no need to proclaim who and where they are.

Amongst many plant of note were Yellow Rattle,  Stinking Iris, Scarlet Pimpernel, Sand Spurrey, Climbing Corydalis and my favourite White Bryony, which is also loved by the new-on-the-scene Bryony Bee, one of which put on a fleeting show. 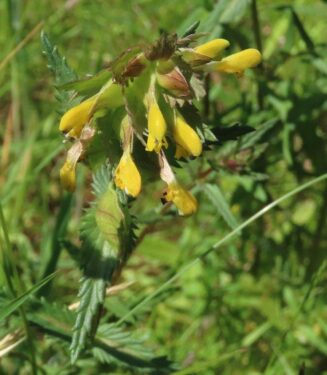 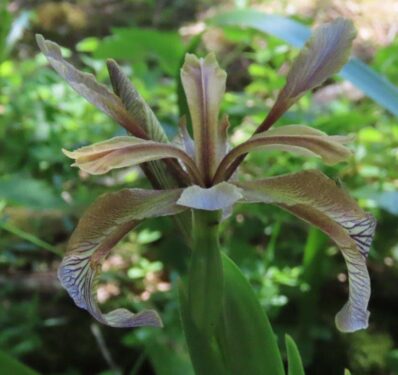 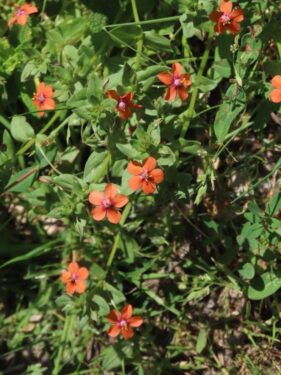 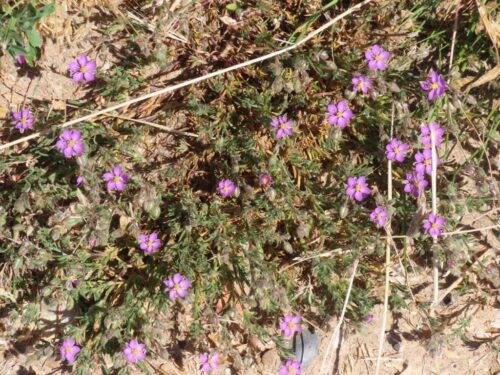 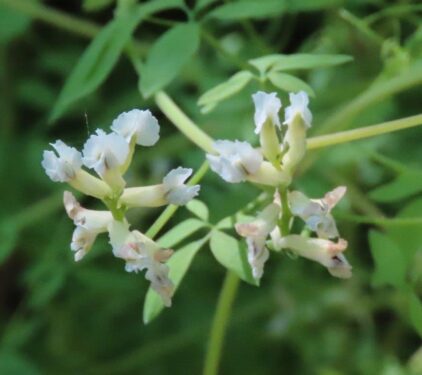 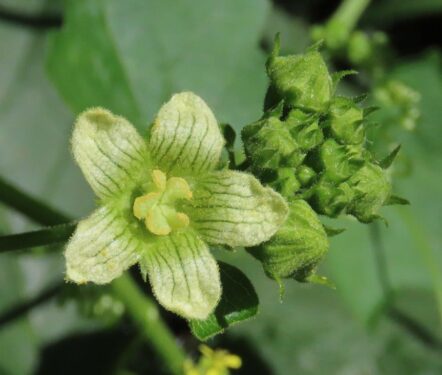 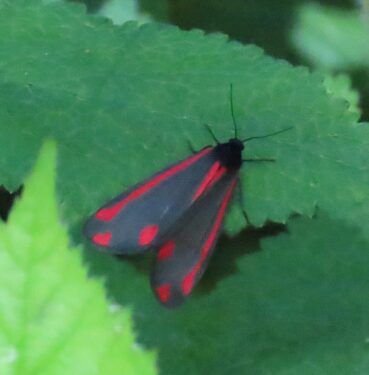 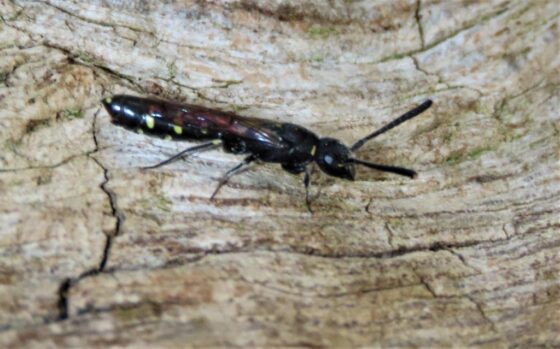 A stunning female crab spider Misumena vatia , an arachnid which catches its prey by stealth and not with the aid of a web, was brilliant to see, along with an 11 spot Ladybird which is not one we have seen on many occasions. Bio-control of pests was evident with many plants with aphids also having resident ladybirds (in all stages of development, eggs, larvae and adults). 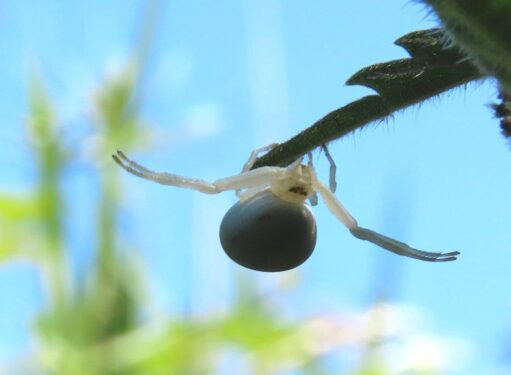 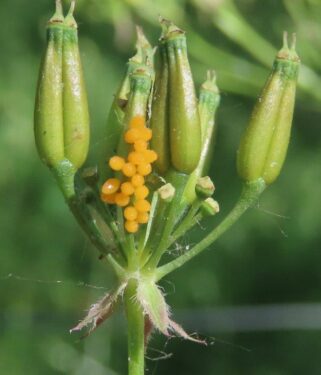 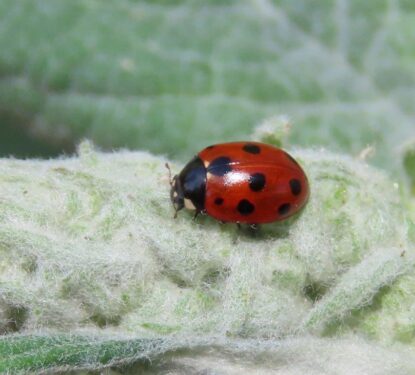 A bumblebee-mimic hoverfly Merodon equestris posed for one of the groups, and the Red-and-Black Froghopper is always a crowd-pleaser. 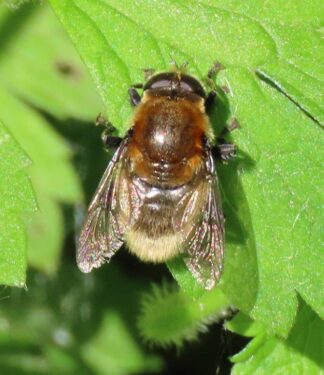 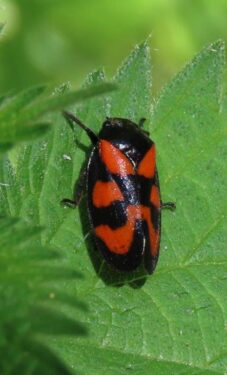 Thanks again for your support – details of next month’s (and other) events will appear in our next nature newsletter.