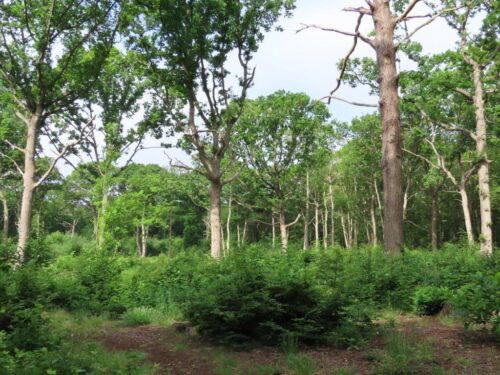 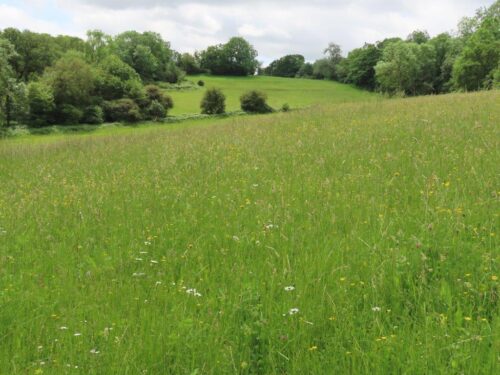 They say never go back – to do so can only lead to disappointment. Well, that may be true for certain experiences and places, but sometimes, the converse is true. And that can be a heart-warming occasion…

In the mid 1980s, at the start of my conservation career with the Nature Conservancy Council, I was responsible for south Essex, including the designation of the SSSIs therein. But times move on, and there are many places I have never seen since that time. But last week, I had cause to revisit two of my former haunts after 30 years, Hockley Woods and Martinhole Meadow, and I most certainly was not disappointed.

Hockley Woods had shrunk in stature in my mind over the years, but when I returned, it grew once again to match its official description as the largest contiguous block of ancient woodland in the county. 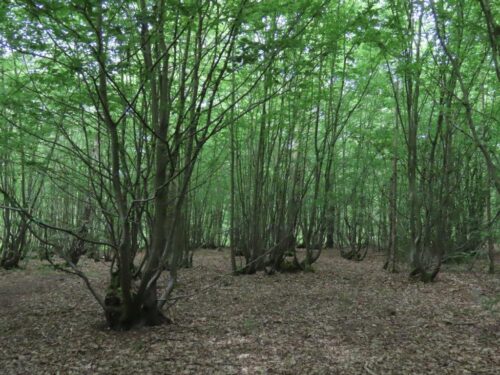 And its quality has not suffered, despite the undoubted increase in public pressure during the pandemic: it is still well and actively managed. Indeed, since I notified it, Hockley Woods has seen the return (through reintroduction) of one of Britain’s rarest butterflies – Heath Fritillary, so arguably it is now in a better state than I left it. 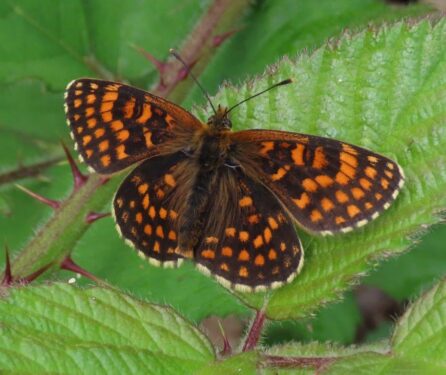 And it was not not just the butterflies.  It was their larval foodplant Common Cow-wheat among swathes of Wood Melick… 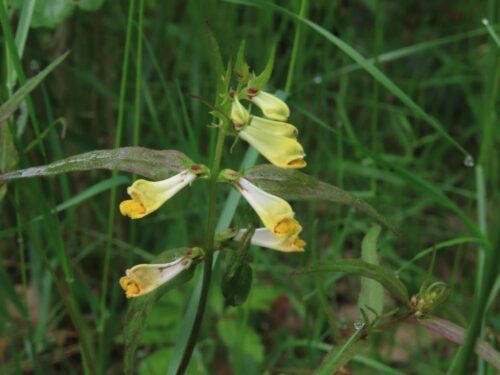 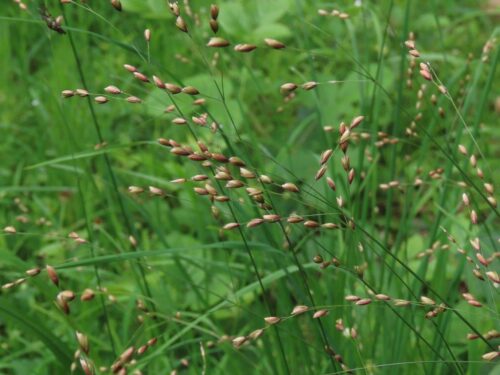 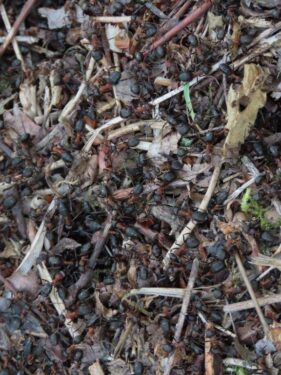 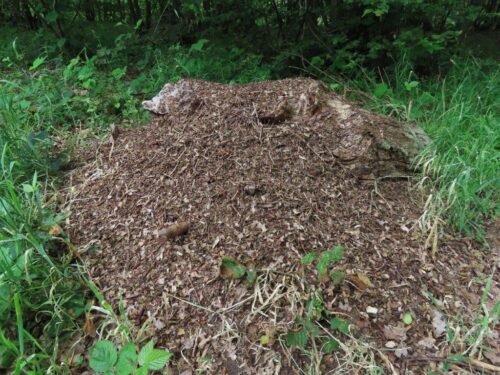 …some of the insect specialities associated with Wood Ants’ nests, such as Four-spotted Leaf-beetle and Scarce Seven-spot Ladybird… 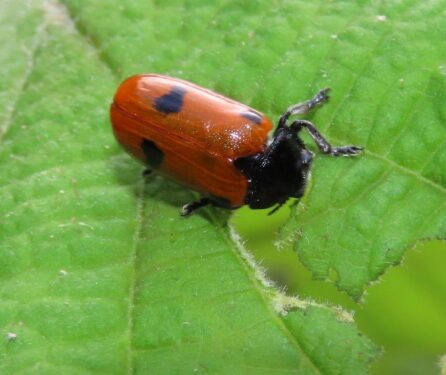 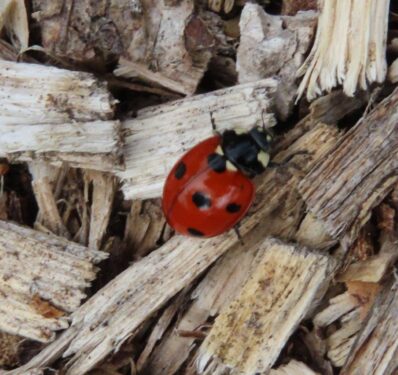 …and a whole array of other wildlife. 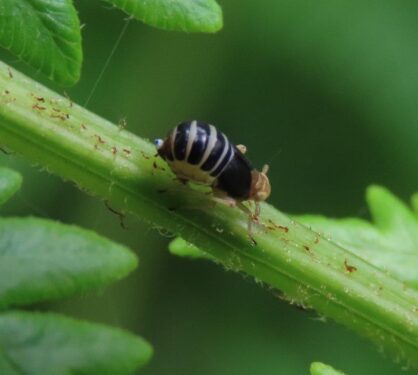 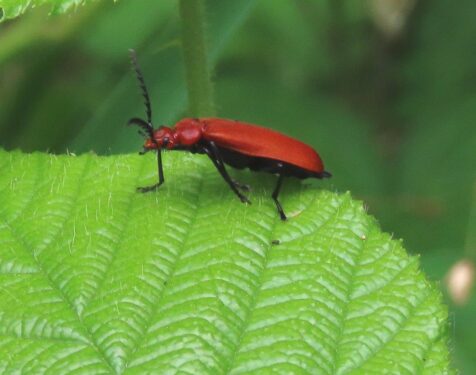 I then moved on to the Langdon Ridge, around Basildon, and specifically Martinhole Meadow in the One Tree Hill Country Park. Once a part of the Basildon Meadows SSSI, this has recently been subsumed into a much larger site, covering a range of sites across the ridge, something I had always hoped to do, but never had the criteria to deal with mosaics.

First impression again was ‘nothing has changed’ – and that remained so throughout my visit. A hillside site, on the southern Essex Alps, a ridge of London Clay thrown up by the continental collisions that created the mountains of the Mediterranean basin, it gives the lie to the fallacy that Essex is ‘flat and boring’. 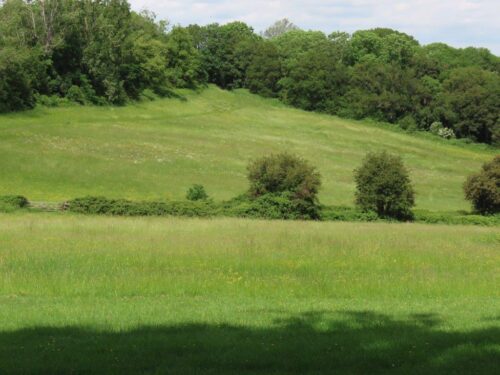 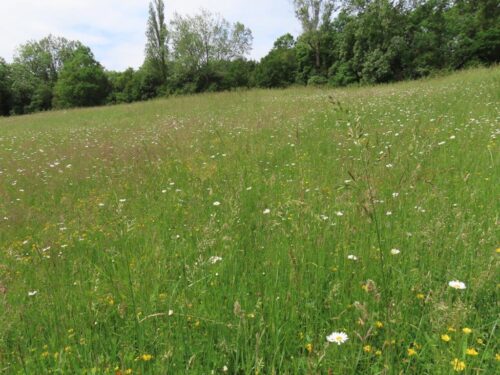 Flat it evidently is not, and the quality of the hay meadow is far from uninteresting, one of the very best of the few similar grasslands now left in Essex, with plants from orchids to Quaking-grass, Yellow Rattle to Sulphur Clover. 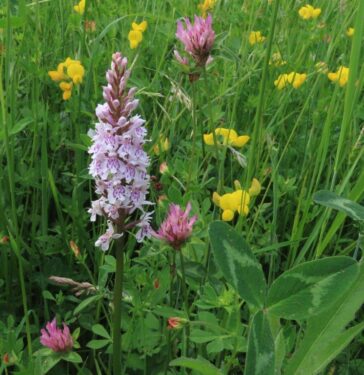 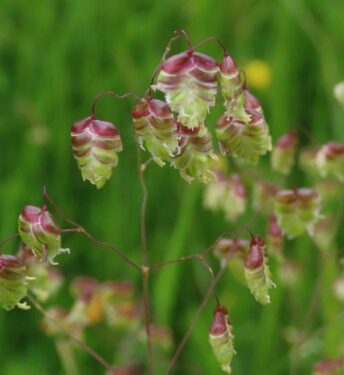 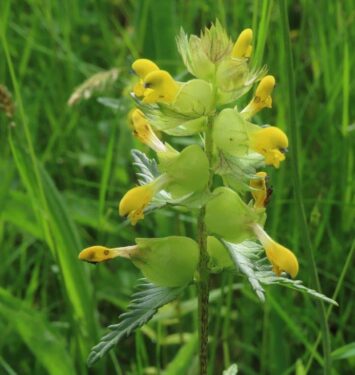 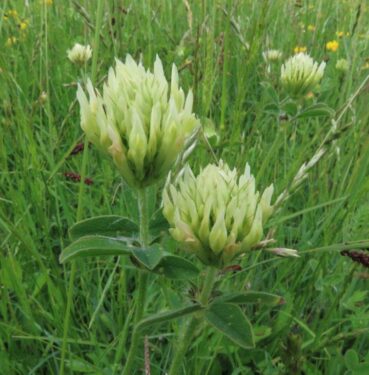 And with the flowers come the insects, including a very fine colour form of Tortoise Shield-bug and the Essex Red Data Book picture-winged fly Orellia falcata. 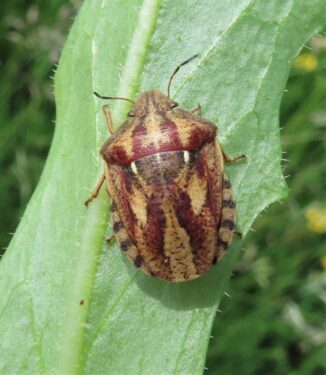 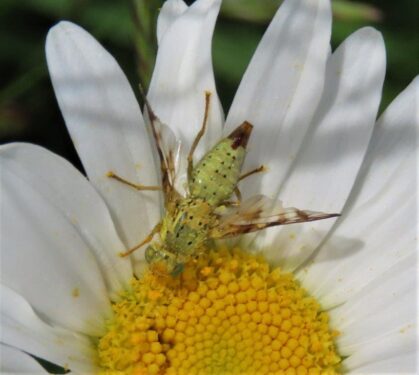 Roesel’s Bush-cricket nymphs were emerging, Burnet Companion moths flittering around, my first Meadow Browns and Gatekeepers of the year, and a sawfly so encrusted in Corky-fruited Water-dropwort pollen in defiance of our obsession with bumblebees being the only pollinators needing conservation action. 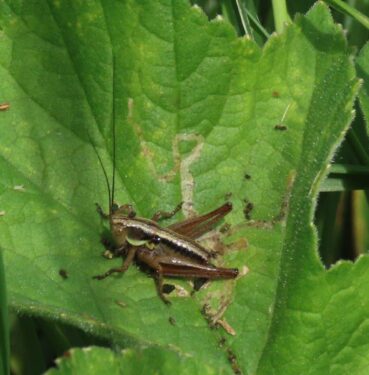 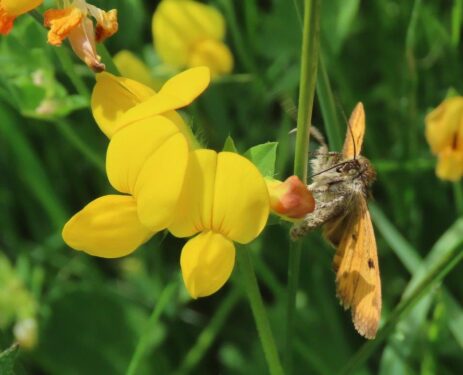 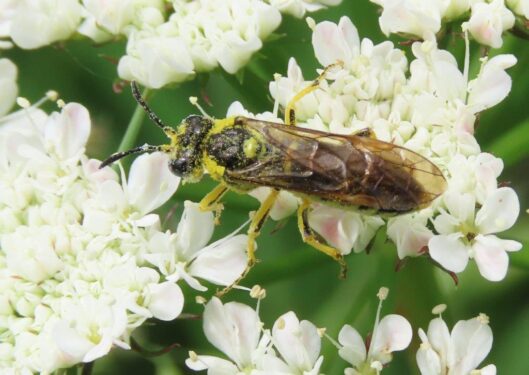 So a journey back in time, and my fears were not well-founded. Congratulations must go to the two local authorities (Rochford District Council and Thurrock Council, respectively) whose management has been so important over the years in which countryside budgets have been very heavily cut. And also Natural England and its predecessors for establishing the regulatory regime to make this happen.