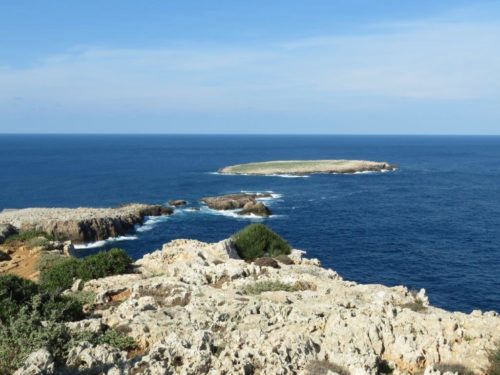 Menorca, a jewel of the Balearics, always delights. Justifiably proud of its status as a UNESCO Biosphere Reserve, anyone visiting the island at any time of year can find natural, archaeological, cultural and historical treasures. Last week, I had the pleasure and privilege of leading a group from Honeyguide Wildlife Tours around those treasures. 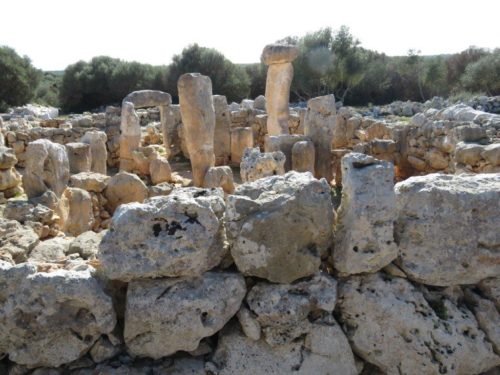 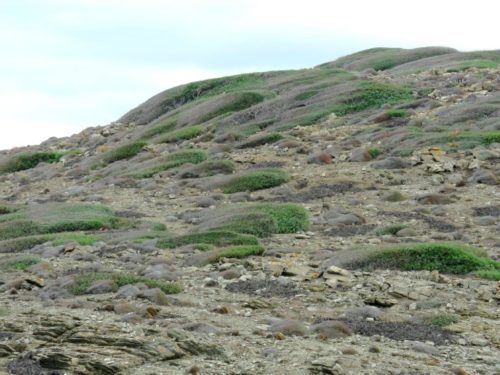 Sandwiched between intense thunderstorms the day before we arrived and the morning we left, the weather was pretty much idyllic: dry, warm to hot, and often as not with glorious blue skies as an antidote to the prospect of a British winter to come.

As always with my tours, our focus was broad, from the tiniest insect to the wider cultural and geological landscapes. 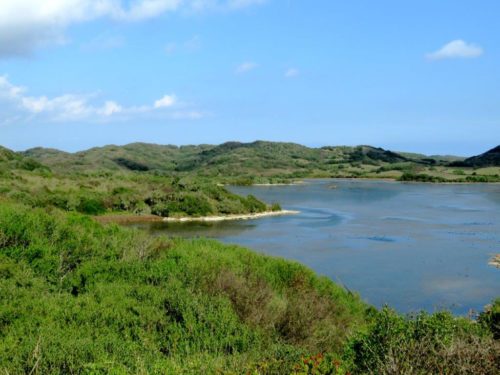 The wetlands were filling up with birds, northern visitors like Pochard and Black-necked Grebes mingling with those of more southerly origins, Ferruginous Duck and Greater Flamingo; the bushes and night skies teemed with Robins and Song Thrushes, nearing the end of their migrations, while a few sub-Saharan winterers like Blue-headed Wagtail, Common Redstart and Balearic Spotted Flycatcher still hung on. And as always Audouin’s Gulls, 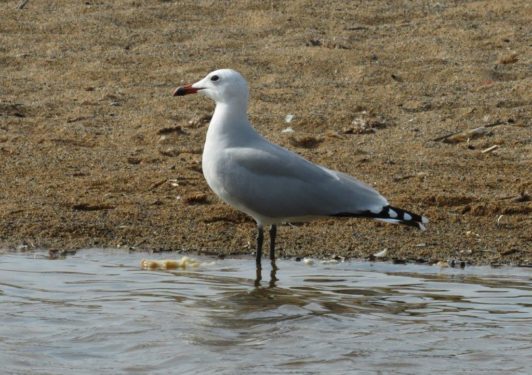 Hoopoes, Stone Curlews and the common big bird triumvirate of Red Kite, Booted Eagle and Egyptian Vulture spoke volumes about the favourability of conditions on Menorca year round, for birds just as much as for people. 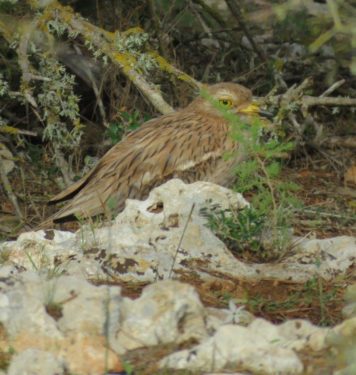 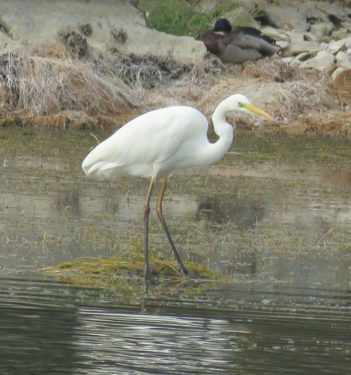 After a long, hot, dry summer, an autumn trip to Menorca can seem devoid of interest to the botanist. But rains over the previous month had arrived, sometimes heavily so, and the ‘Second Spring’ was underway almost as we watched, newly sprouting grass emerging from the previously parched and heavily grazed pastures. 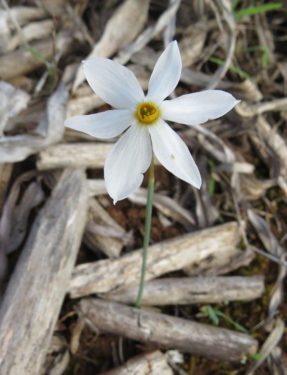 Autumn Daffodils sprung up and bloomed widely along road verges, with the stately spikes of Sea Squill, their flowers white stars with striking bright green anthers, on the more exposed coastal sites. Arum pictum was just emerging at Cavalleria, and the rivers of pink Merendera filifolia marking well-worn pathways, especially above Cales Coves, left me simply lost for words. 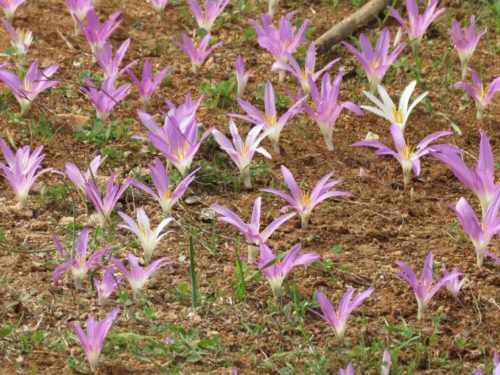 And as for the rest, well the insects at this season are as large and numerous as at any time of year: 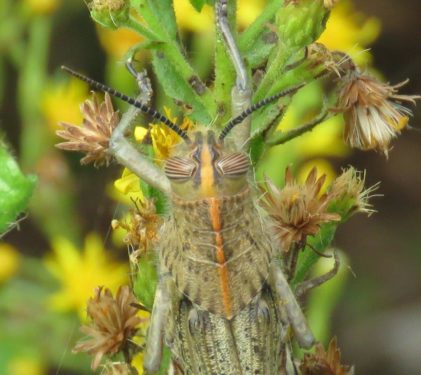 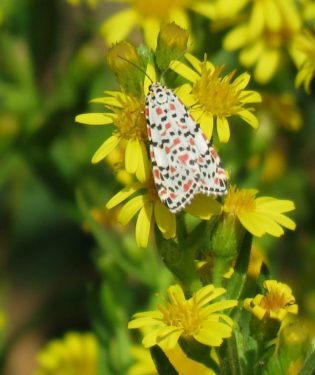 Crimson Speckled moths the beauty; and Cistus Hedgehog Beetles the bizarre, in miniature. 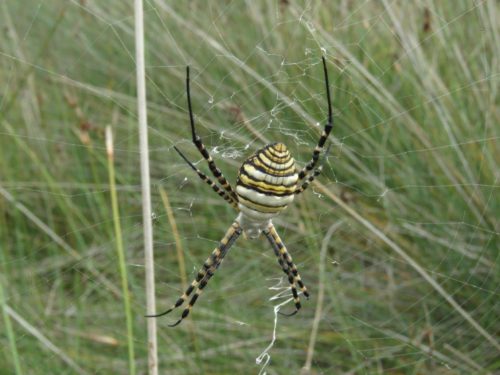 Arachnids put on a great show, with Large Wasp Spiders in their huge orb-webs, and the fascinating 3D structures of Cage-web Spiders festooning many a bush. Italian Wall Lizards and Moorish Geckoes basked in the weakening sunlight, and the array of Hermann’s Tortoises included new hatchlings to old adults. The shady gorge of Rafalet produced a fungal highlight, the Pepperpot Earth-star, 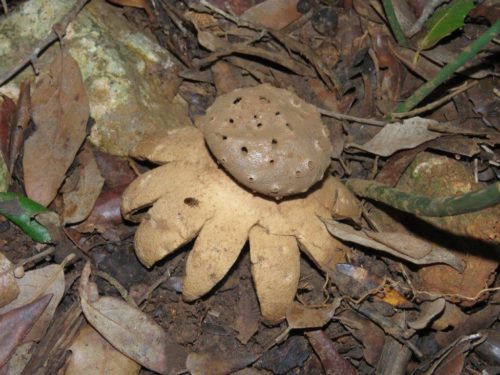 and the rocks at Es Grau kept us entranced with their diverse, artistic friezes of lichens. 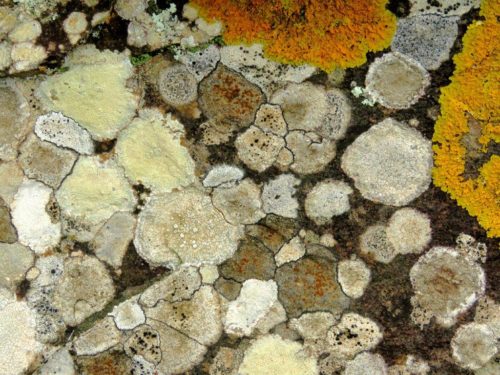 We were very lucky during the week to receive a visit from Montse Bau, from GOB Menorca – Grupo Balear de Ornitología y Defensa de la Naturaleza, the Birdlife Partner and main environmental voluntary body in the Balearics, with dedicated groups on each of the major islands. Honeyguide is still, sadly (to my knowledge), the only wildlife tour company which places a surcharge on each and every customer it takes on holiday and then invests those resources in conservation projects in the places we visit. On Menorca, GOB is the organization we support, and Montse described eloquently the breadth of what they do in response to the plethora of problems being faced by its wildlife and environment. GOB is a campaigning NGO, not just for birds but for all aspects of the environment. It advises the local and regional governments on matters relating to the environment. It rescues and rehabilitates injured birds, tortoises and other animals. It educates and informs locals and visitors alike. It gets stuck in on key, hitherto seemingly intractable problems, such as the pollution of the island’s aquifer, and the rapidly falling level of that aquifer as a result of unsustainable exploitation. It promotes wildlife- and water-friendly gardening. And the new project which so excited Honeyguide – ‘Agronatural Farms’ – and led us to double our donation to €800 using money from the Honeyguide Wildlife Charitable Trust. Agronatural Farms is a pilot project to develop and restore environmentally sustainable farming practices, and to seek to ensure that produce from those farms attracts a favourable price. Very laudable and thus far attracting a lot of interest, including from other parts of Spain.

So, in a nutshell, GOB Menorca does at least parts of what in Britain is addressed by RSPB, RSPCA, the Soil Association, Marine Conservation Society, Royal Horticultural Society, and even the roles of some statutory agencies such as Natural England and the Environment Agency. A remarkable achievement, particularly in that it is organized by a team of about eight staff, just four Full Time Equivalent posts…and Honeyguide is more than proud to support those efforts.

Of course, with so much to do, so many battlefronts to fight on, and so few resources, there would always be the risk that nothing would ever get done properly. But here Montse’s mantra comes in to play…’step by step’, making a small but significant difference at each step, such that the sum of those steps is very significant progress towards protecting and enhancing this jewel of the Mediterranean. Perhaps that is a lesson in humility many of us could learn and take inspiration from. It certainly seems to be working for Montse and GOB Menorca: her presentation was the most upbeat of any I have heard over the years. And it makes me want to join in and help making more of those small steps forward…

For more information about GOB Menorca and its work, please visit english.gobmenorca.com

If you enjoyed reading this and would like to know more detail about the trip, a fully illustrated report will be on the Honeyguide website honeyguide.co.uk in due course. 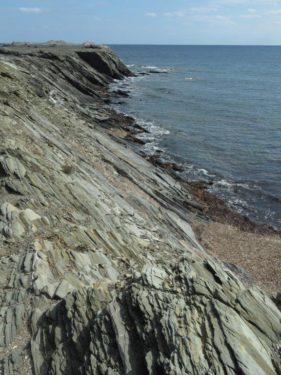 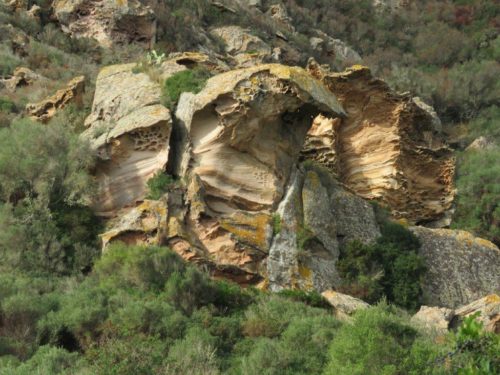 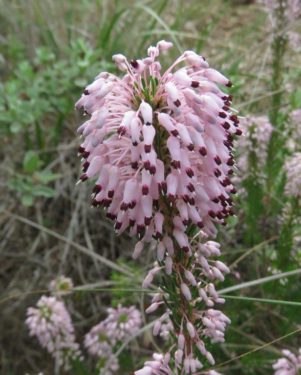 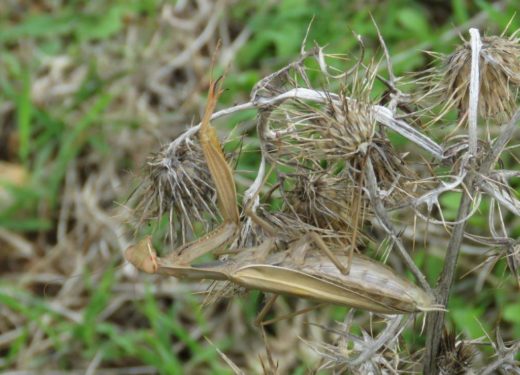 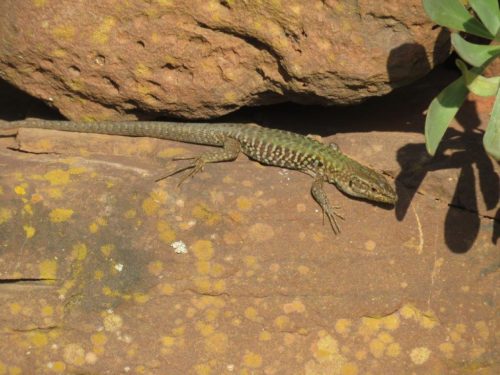 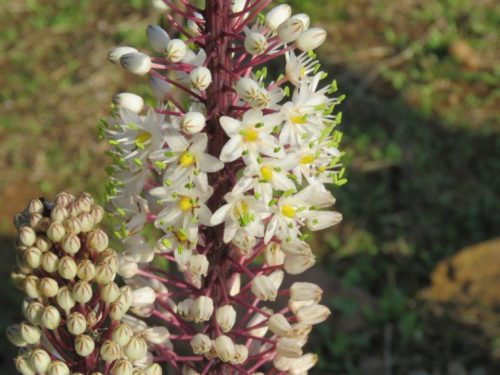 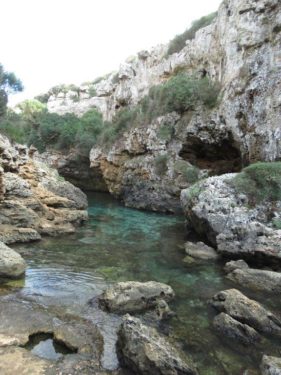 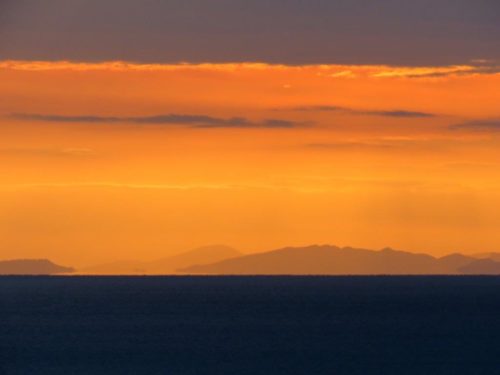