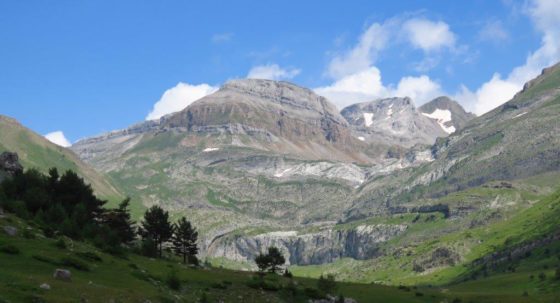 Butterflies and moths took star billing on my latest tour for Naturetrek to my old stamping grounds of the Spanish Pyrenees, and both groups lived up to hopes and expectations. Around 110 species of butterfly were recorded by the group over the week, a good number especially given the somewhat late summer after a cold winter, and also given the very intense hail storm which had moved through the high mountain areas just before our visit, giving landscape, plants and insects alike a battering. Spectacular species like Swallowtail and Spanish Swallowtail vied for our attention with a sometimes confusing array of fritillaries, brown and blues, and in places (including even the floriferous garden of our accommodation at Casa Sarasa in Berdun) the numbers of the commoner species such as Marbled White, Great Banded Grayling and Cleopatra were simply overwhelming. 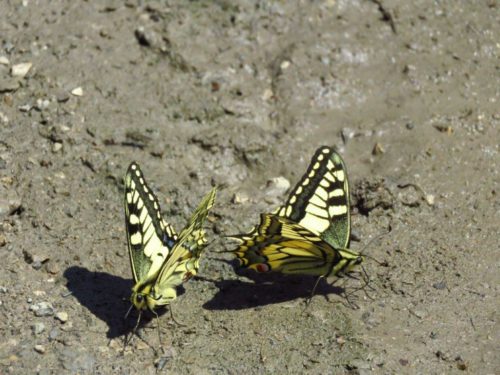 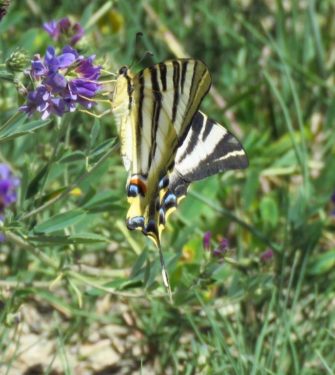 Moths were represented by day-fliers such as Burnets, of which we encountered at least ten species, Foresters, Clearwings and of course Hummingbird Hawk-moths, together with the much larger number of night-fliers which visited our moth traps. 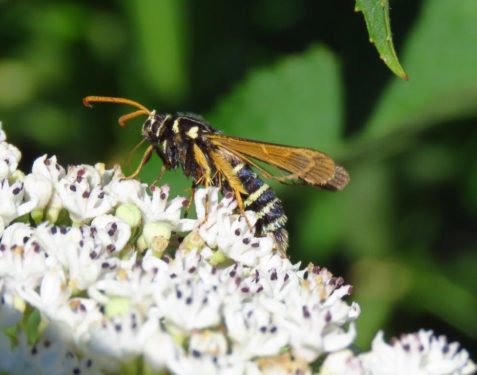 Moth trapping requires a licence in Spain, but Casa Sarasa has one (and a trap), and this covered the two additional traps brought over by tour participants. The final tally of moths will take some while to compile, but the ‘big game’ highlights included Privet, Lime, Oak, Spurge, Spanish Pine, Elephant, Small Elephant and Striped Hawks; several Goat Moths, Leopard Moth, a selection of Catocala Red and Yellow Underwings, and numerous Passengers.  Add to that moths unknown or very rare to us in the UK, including ‘counterpart species’ to ours, such as Spanish Character and Spanish Least Carpet, which have evolved into unique local species isolated from the rest of Europe by the formidable barrier of the Pyrenees. 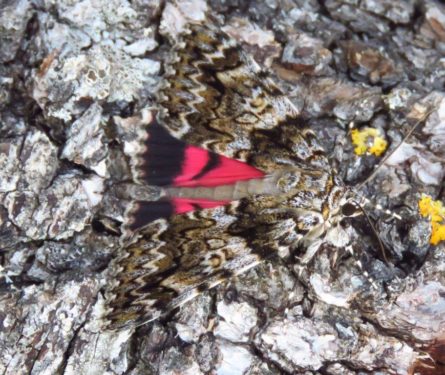 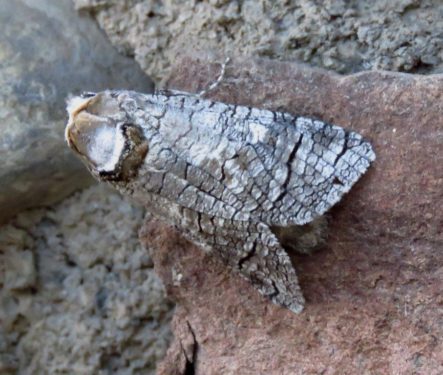 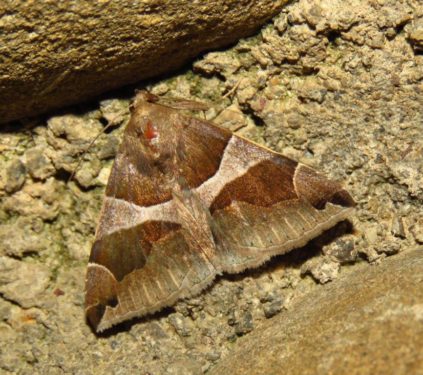 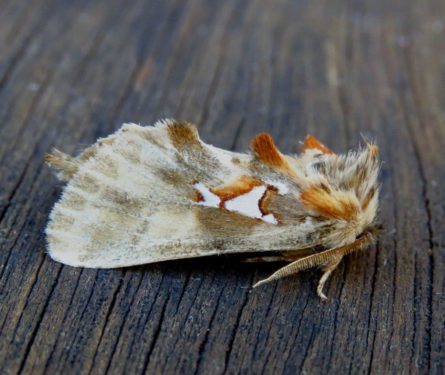 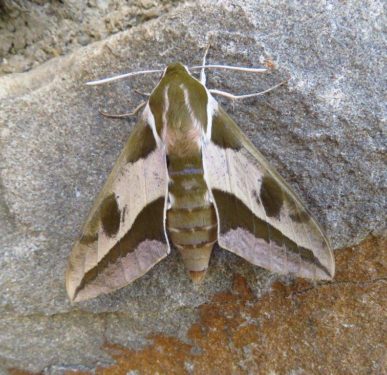 But the tour delivered in so many other ways as well. Other insects – beetles (longhorns, jewels, rhinoceros, stags, chafers and magnificent oil beetles to highlight just a few groups); flies (including horseflies with eyes shining like green beacons, and parasitic tachinids scuttling around on many a Hogweed umbel); bees and wasps; bugs in a variety of forms including the unusual predatory Flattened Assassin-bug; dragonflies, cicadas and ant-lions… the list is almost endless, but will be as complete as possible for the tour report in due course. 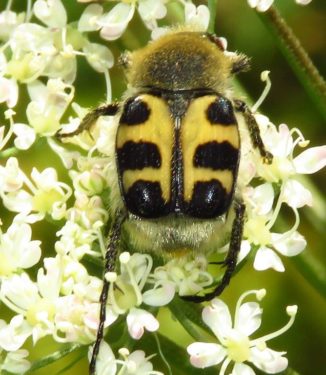 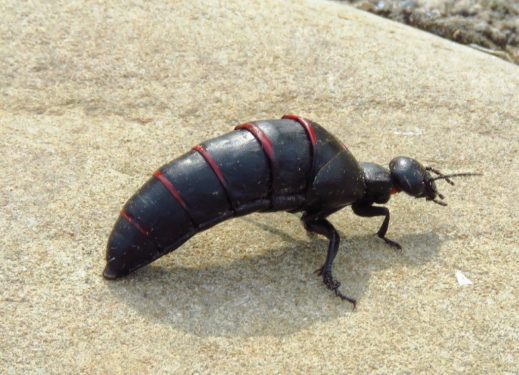 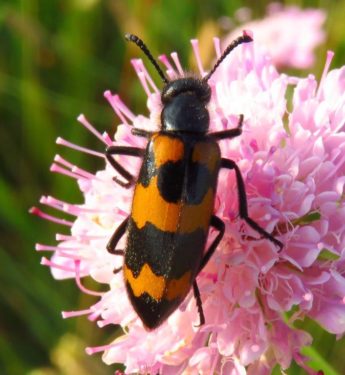 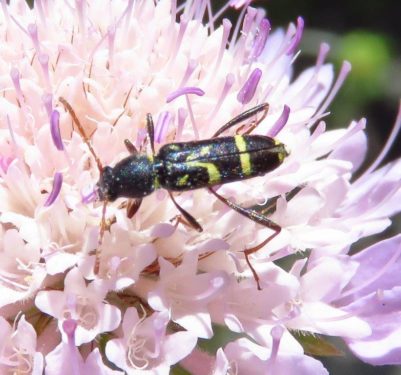 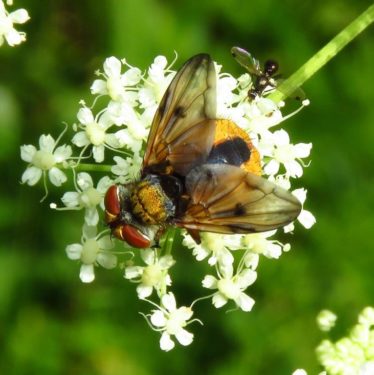 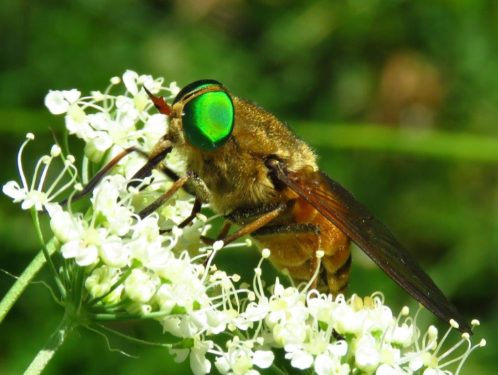 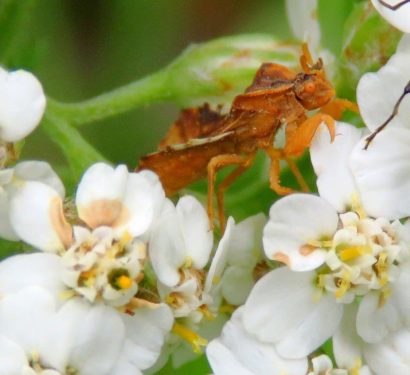 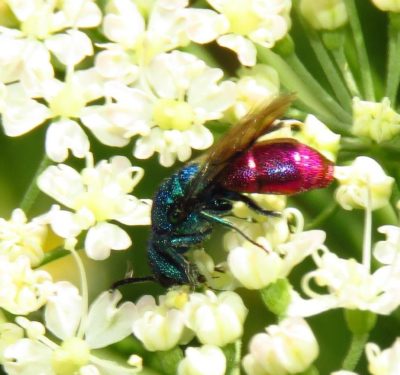 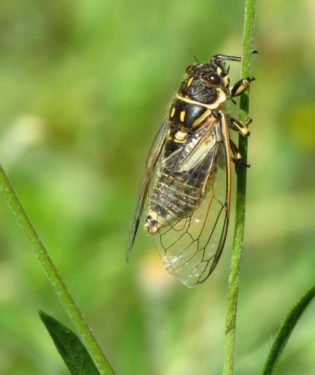 Spiders too were reaping the rewards of this insect bonanza, many was the time we spotted an insect incongruously still on a flower, only to see on closer examination it had been captured and killed by a crab-spider, themselves in a range of colours from white to yellow and pink, lending camouflage to the killer-in-waiting. 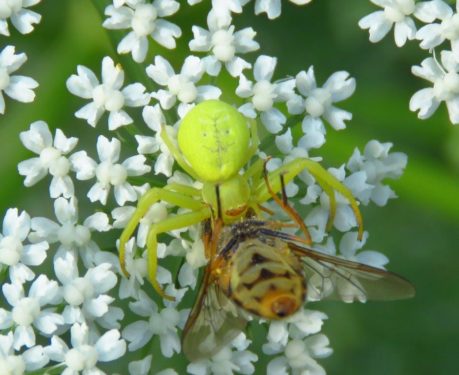 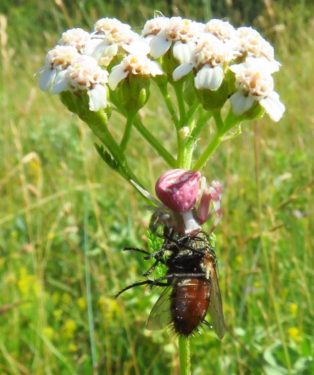 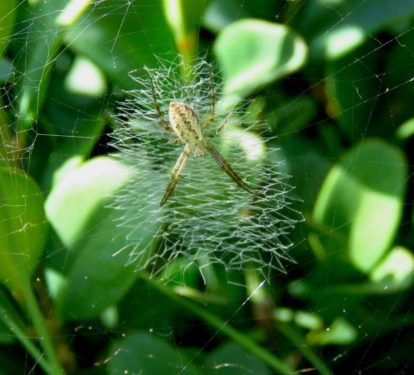 Lower down, the flowers were well past their best, but in the high-level meadows and pastures, 1500m or more up, the displays where simply outstanding. Along with the scenery, geology, food, weather and company! 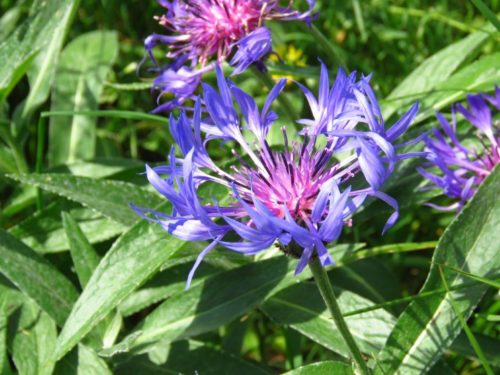 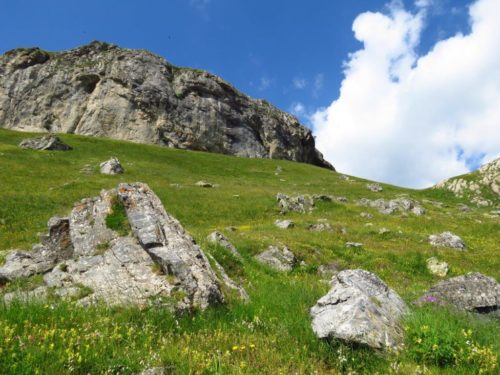 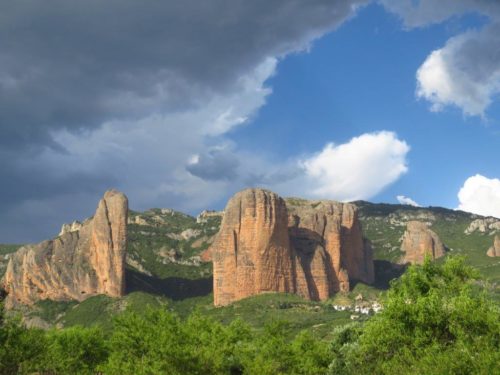 What were the highlights from such a cornucopia of delights? Well, birds have not yet been mentioned and indeed were probably overlooked (maybe even underlooked?) as we concentrated on the creatures around our feet. But occasionally lifting eyes skyward did almost always produce Griffon Vultures, and often Short-toed Eagles and Red and Black Kites. But on our first full day, one flypast assumed a very different shape, the cruciform, giant-falcon outline of a Lammergeier, the vulture with the biggest wingspan, reaching as much as 3m. It drifted over us, effortlessly, with never even a twitch of the wings, and was in my recent experience at least a rather unusual sighting down at Berdun. 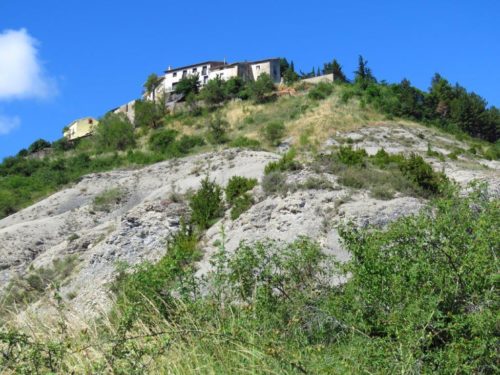 Lammergeier is one natural icon of the Pyrenees. Another is the Spanish Moon Moth, which was a highlight of my May trip there. Too late for them in July, or at least the adults: but the huge, colourful, finger-sized caterpillar we located presumably searching for somewhere to pupate was just as good. 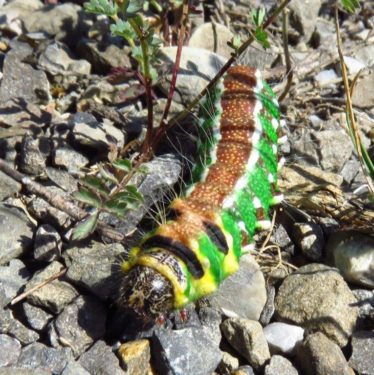 High on most peoples’ wish list for this trip is one of the largest European butterflies, a double-strength swallowtail, the Two-tailed Pasha. We usually visit the areas with its food-plant Strawberry-tree, and almost invariably fail to find it. Or if we do find it, usually ‘only’ the admittedly spectacular caterpillar. But on the way back to the airport, a final highlight was awaiting us in the Pre-Pyrenees, an adult Pasha, sitting proud on a pile of dog-poo…. 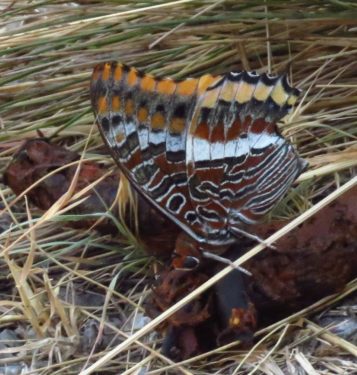 That just leaves my own personal highlight of highlights. For forty years I have scoured the beechwoods of Europe for a plant so mysterious and unpredictable its presence is usually spoken about in hushed tones and generalities. And failed always to find it. One lunch-break, while others visited the café, I strolled through a dense dark beechwood, when a serendipitous shaft of sunlight lit up the woodland floor about five metres from me. And with it the characteristic, colourless, enigmatic (it’s no looker, so it needs to be bigged up!) form of a Ghost Orchid. Botanists’ Holy Grail! 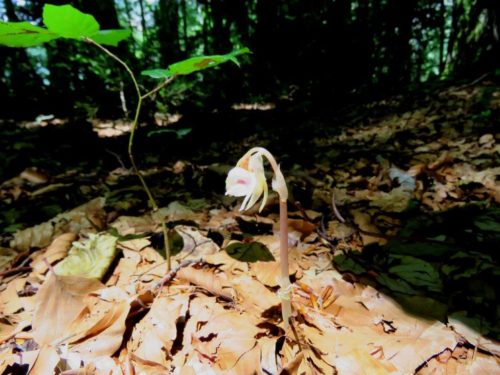 Next challenge of course was refinding it for the anticipatory throng…just a hundred metres from where they were taking coffee, but densely-grown beech trees do all tend to look the same. However, I managed, and I think even the hardened lepidopterists felt privileged to have seen such an unexpected delight. And even found for themselves a second even more diminutive specimen close to the original.