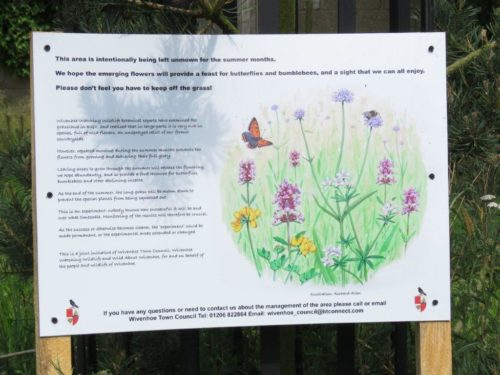 After several years of persuasion, cajoling and  guilt-tripping, Wivenhoe finally has its new hay meadows. I may return to this in future posts, how and why it took so long, and why the need for serious positive action from Wivenhoe Town Council became so imperative: the reasons are not altogether positive. But for now, let us celebrate what looks like becoming a great success… 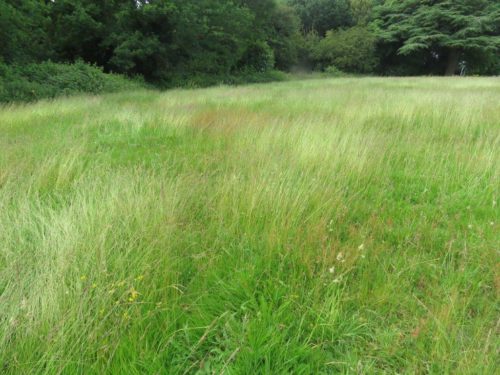 This afternoon, we took a wander along to the KGV wildflower meadows, and were delighted to see how it is coming along after the first couple of months of no mowing. The patchwork of grasses is developing well, with perhaps 10 or 12 species in flower, each with a different variation of the green theme.

The Buttercups and Dandelions, so noticeable a month ago, have now largely gone over. But their role in nectar and pollen supply for insects (and in the colour palette for us) has been taken over by other species, including some good patches of Bird’s-foot-trefoil and Lesser Stitchwort, neither of which we had noticed in the close-mown sward previously. Equally exciting, albeit not yet in flower, was a clump of Lady’s Bedstraw, always a sign of high-quality grassland, and not at all common around Wivenhoe. 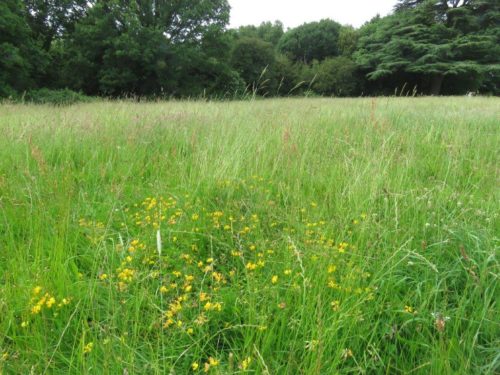 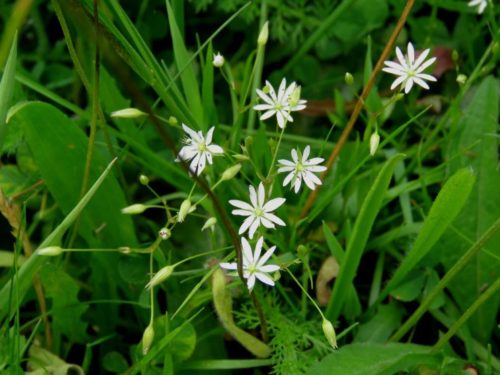 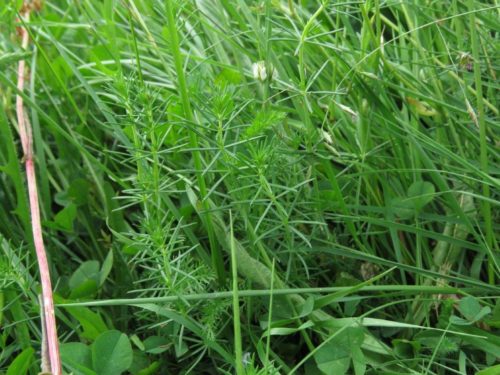 In just ten minutes, we recorded both Small Heath and Common Blue butterflies; Silver Y and various grass moths; and a variety of other insects, including Thick-thighed Beetle. All in all, a very promising start…. 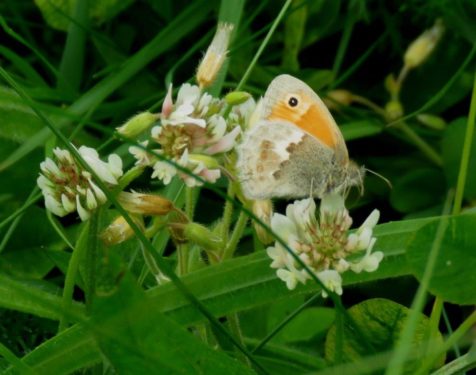 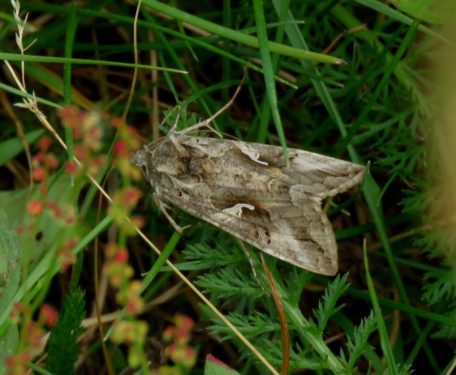 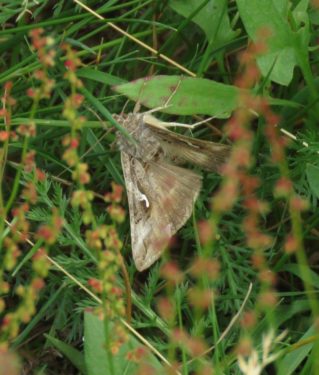 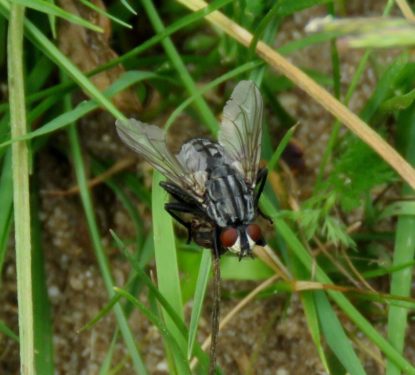 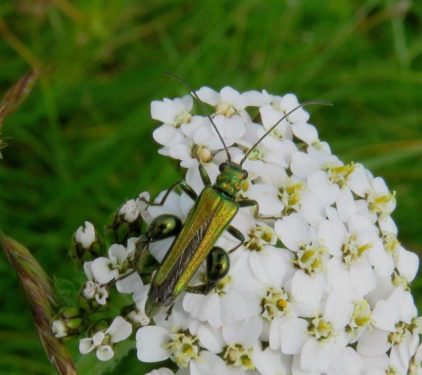