Living in a top floor flat has many advantages – the light, the views, the health benefits of 53 stairs to climb – but it isn’t really compatible with regular moth-trapping. Lack of space means our large Robinson trap is now relegated to the loft space, emerging only on special occasions, and those are restricted to times when we have access to mains electricity or a generator.

A chance meeting in Cambridge Botanic Garden alerted us to new style, truly portable LED traps now available from our friends at Anglian Lepidopterist Supplies. Run off a rechargeable small battery pack, LEDs have been sourced which emit strongly in the UV light spectrum, the frequencies which many moths respond strongly to. This helped overcome our scepticism about LED traps, and we decided to invest. 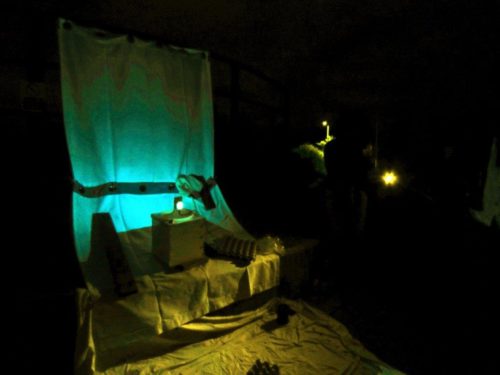 The trap has now had four outings, so time for a review. Our expectations were managed at the outset with the suggestion it was likely to be most effective in very dark conditions, so we had no high hopes when we ran it in a friend’s urban garden with skyglow, only 10m away, but shaded from, his 125W MV trap light. It was good to see the light still on first thing – the battery had performed to expectations – but compared with the adjacent MV, fewer free-range moths outside the trap. However once inside, it was a very pleasant surprise to find a goodly proportion of the species from the big trap, including a Privet Hawk, three Elephant Hawks, Scarce Footmen, Least Carpets and Brown-tails, 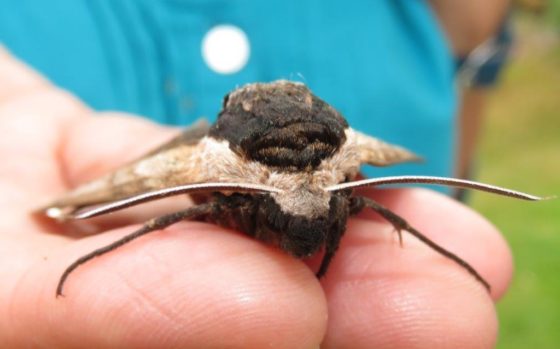 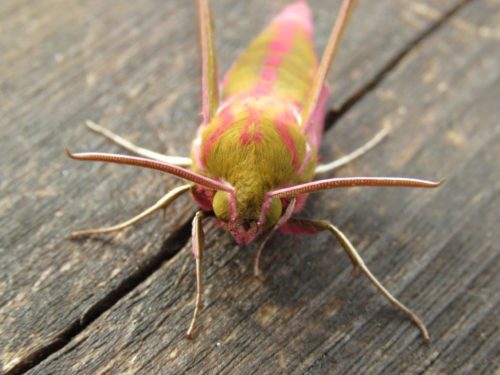 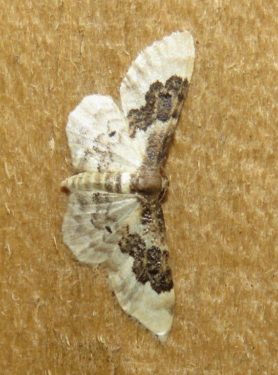 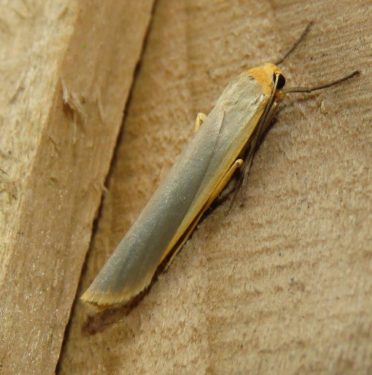 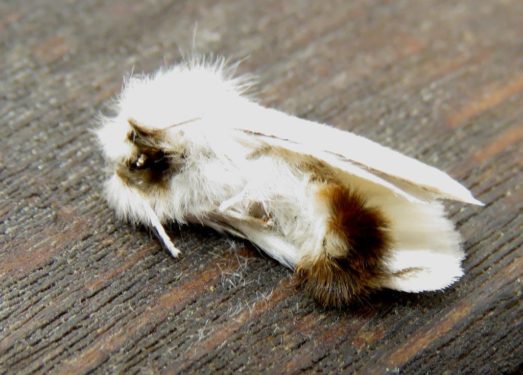 Apart from the greater number, the only things in the big trap which turned us appropriately green with envy was a Green Silver-lines and an L-album Wainscot, and we had several species not in the big one, including Bright-line Brown-eye, Iron Prominent and Latticed Heath, together with the distinctive nose-down micro Pediasia aridella and a Sexton-beetle. 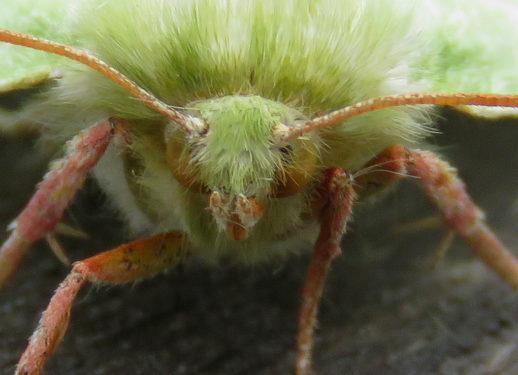 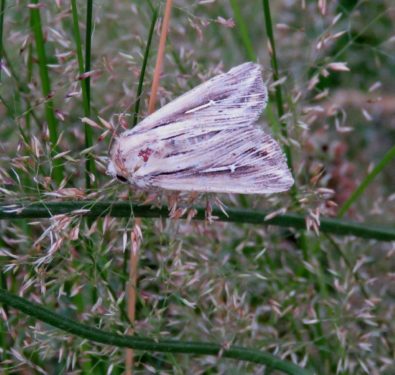 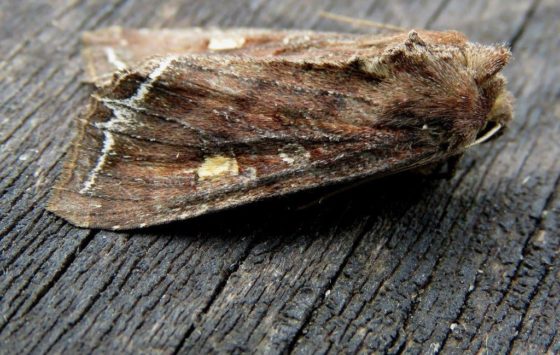 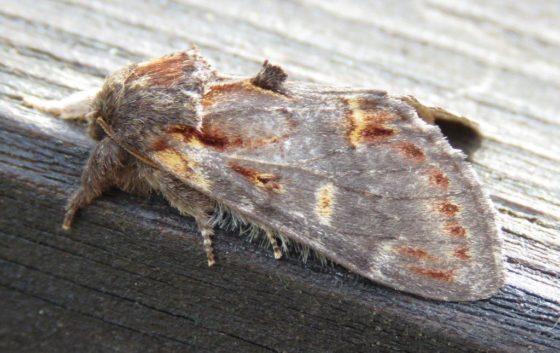 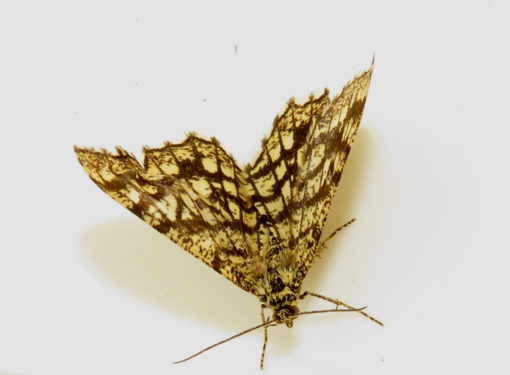 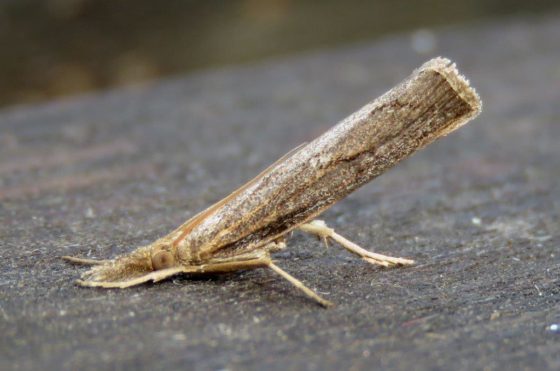 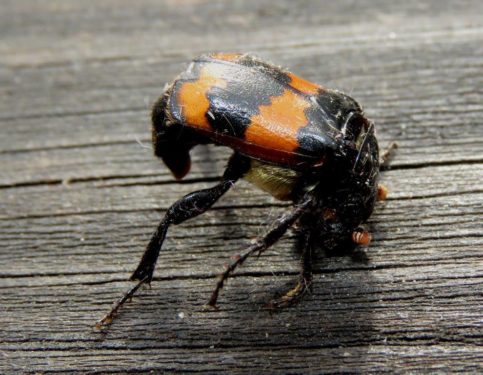 Second outing was close to the Wivenhoe Barrier, overlooking salt-marshes, a generally dark zone but again with distracting intrusion from security lights. Almost instantly the LEDs attracted hundreds of Water Veneers, a short-lived whitish micromoth which emerges in a coordinated way to maximise the chance of meeting and breeding.  Ruby Tiger, Yellow Shell, Diamond-back, Cloaked Minor and Dingy Footman also popped in, along with the mayfly Cloeon dipterum, several caddisflies, and from an entirely different habitat, a Nut Weevil. 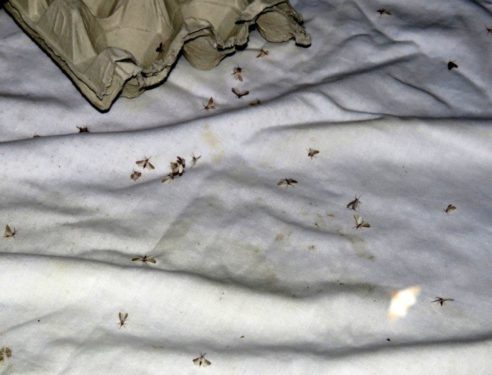 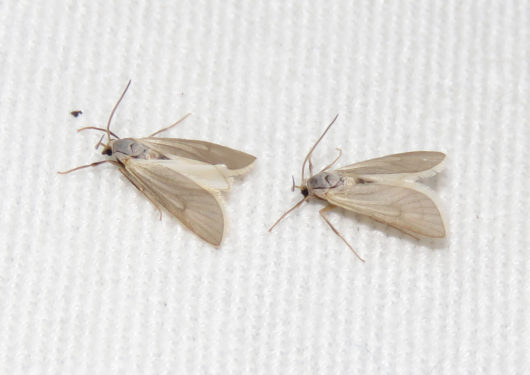 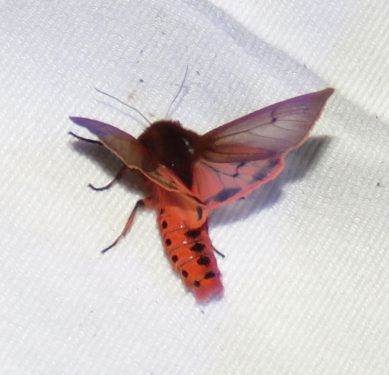 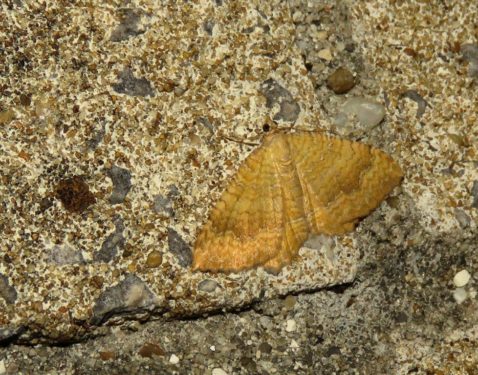 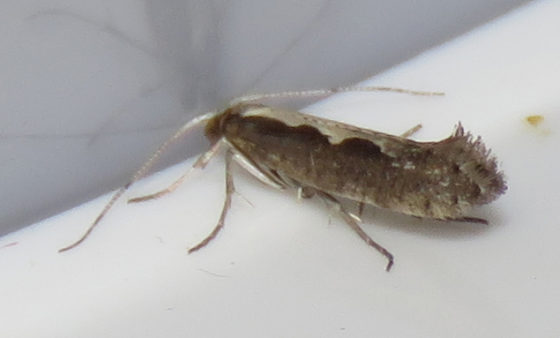 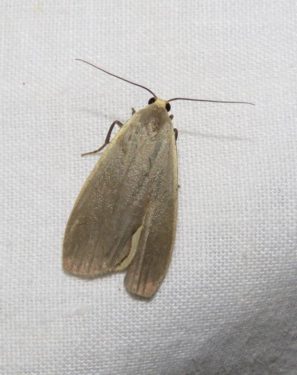 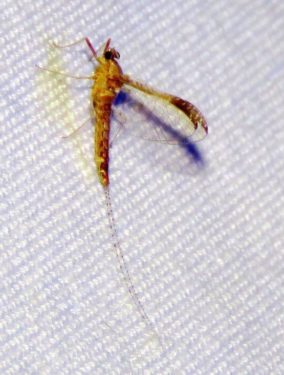 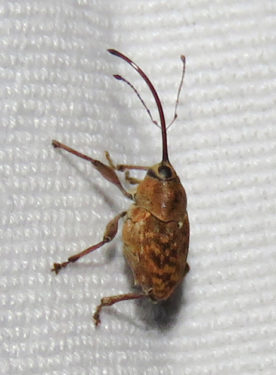 Two nights’ later in the same locality, it was a rather different picture. A little cooler, a little breezier, a more lingering twilight, and no emergence of Water Veneers. But again a few moths came in the hour or so of dark we were there, mostly LBJ micros (many being Bryotropha species) with only one different macro, a Rosy Rustic. 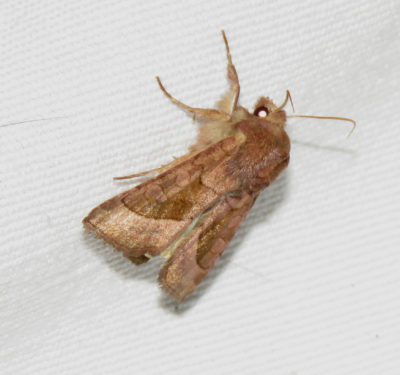 Finally, a truly dark location, Wivenhoe Old Cemetery, an old Victorian graveyard which has grown up into woodland, where trapping sadly terminated a bit early because of rain. The attraction was instant, the diversity reasonable, including several Orange Swifts and Straw Underwings, together with micros such as Nephopterix angustella (still considered to be an Essex Red Data species, despite recent increases) and Mint Moth, and the usual variety of hangers’-on, including caddis-flies, Nut Weevils and damsel-bug nymphs. 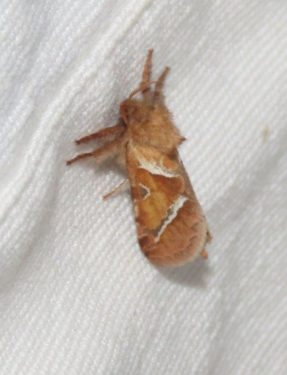 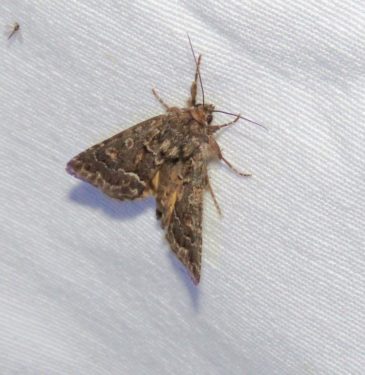 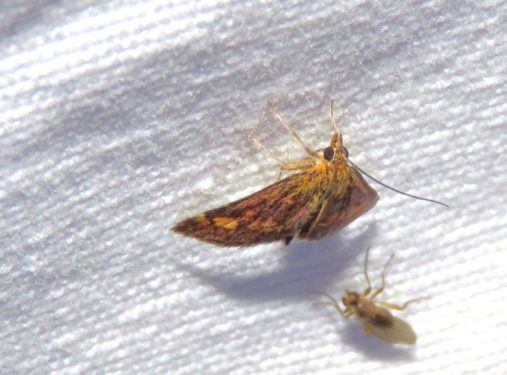 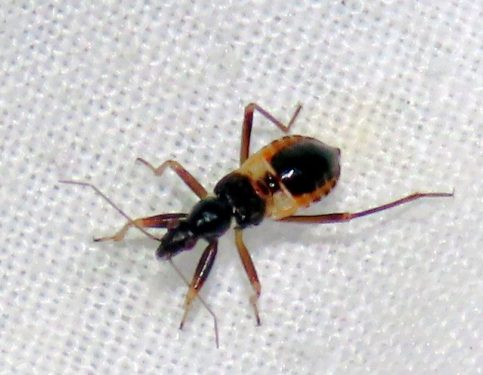 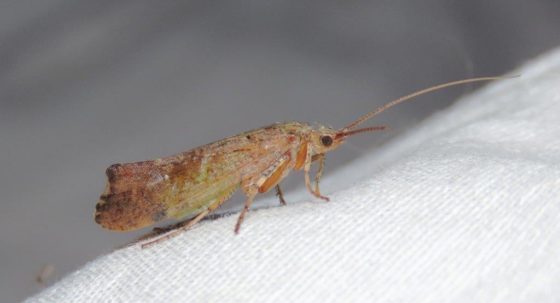 In a nutshell, this LED trap will never supersede an MV trap for numbers (of individuals or species), but not everyone has the time to process five hundred or more moths in the morning. But with the phasing out of mercury, MV bulbs are on the way out. And the portability (and flatpack storage) of the LED trap means that is likely to be the future of mothing for us.