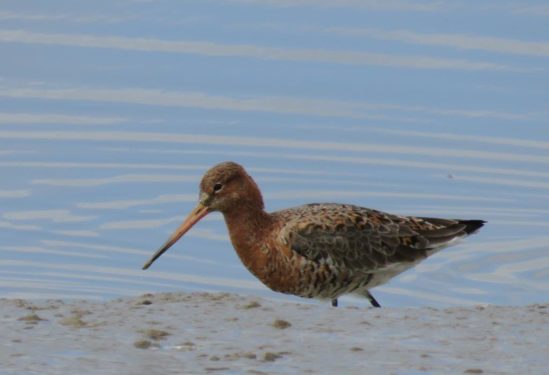 Down at the river, Black-tailed Godwits are now as numerous as they have been all winter, and occasional flurries of chickering calls signify the progress of the season towards breeding: the short nesting window for Icelandic birds especially means that the business of pair-formation and bonding is best done on their way north. Although still in the minority, a few birds have already assumed breeding dress, a glorious russet which positively glows in the Spring sun. Over Wivenhoe Wood, a Buzzard circles, calling, and begins to flap deeply but languidly, a sure sign that it has territorial intent below. Such a welcome sound and sight, especially for those of us (and that’s everyone over 20) brought up during the nadir of buzzard-dom in the Eastern Counties that was the 20th Century, effectively eradicated by so-called ‘sporting’ interests and their pathological inability to tolerate any competition. 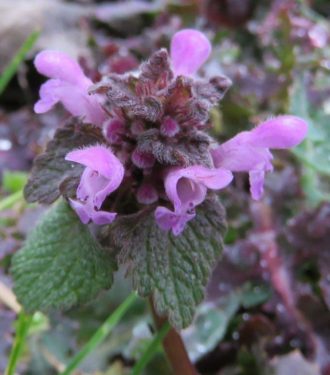 At our feet, the first flowers are now springing up. Always ready to brighten even a dull day, Red Dead-nettles are awaiting the attentions of early-emerging insects: look out now in any sunny spell for Bee-flies and Hairy-footed Flower-bees. And the hedges are starting to turn: although Cherry-plum has been flowering for a few weeks, its native, close relative Blackthorn has quietly been swelling its buds, tantalising with a hint of white petal, until today when the first flowers are fully open. 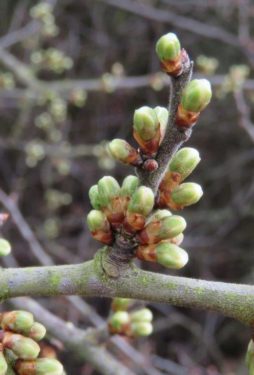 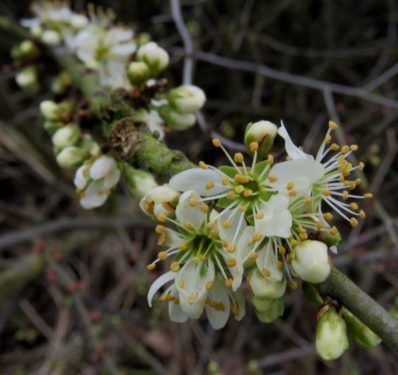 March is also the month to search out one of our most familiar plants. Not common around Wivenhoe, although there are a few in gardens and on a couple of trees in the King George field, Mistletoe is surely known by everybody, but how many have seen the flowers? Female flowers in particular are very small; the slightly larger males, borne on different plants, produce pollen directly on the surface of the ‘petals’ rather than as most plants do on stamens. Either way, the open flowers en-masse give the plants a golden glow, as characteristic of March as the white berries are of December. 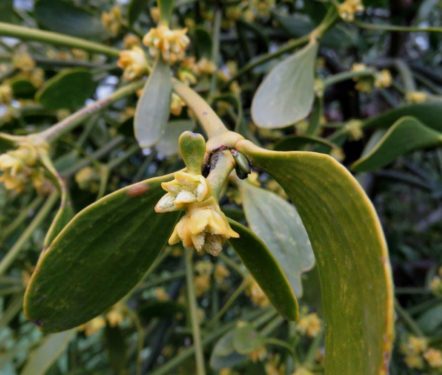 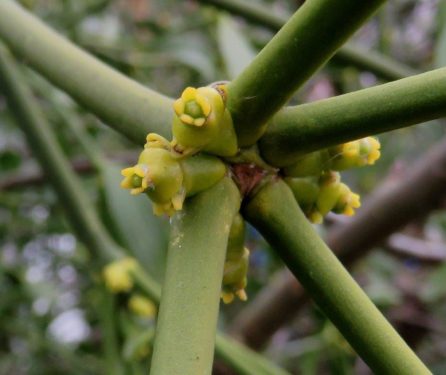 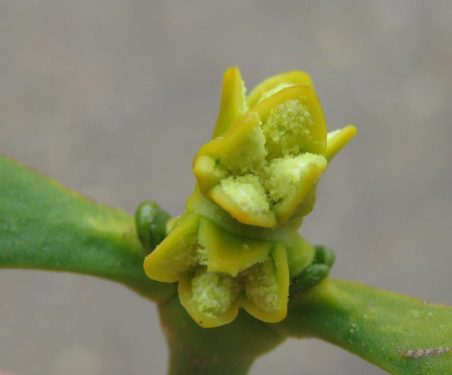 Talking of which, the berries are now gone, devoured by thrushes and other birds. But Mistletoe has a trick up its sleeve: the berries are extremely sticky (hence its scientific name Viscum). In wiping their beaks on tree branches to remove the stickiness, birds may inadvertently adhere a seed to the tree bark…just where it needs to be to germinate and start a new plant. Look around any Mistletoe you find now, and you may see the branches of the host tree, and indeed its own stems and leaves, with sown seeds, and even some producing their first root. Life as parasite can be tenuous, but Evolution has produced the answers! 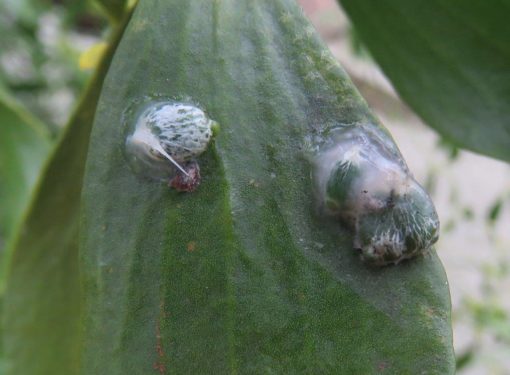