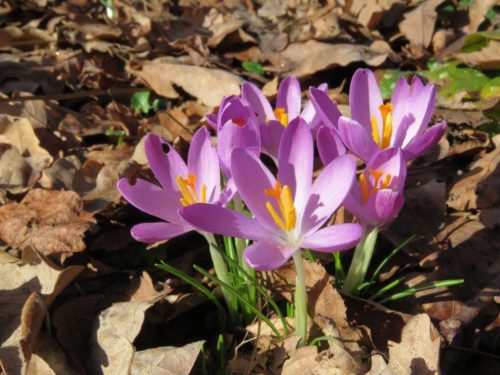 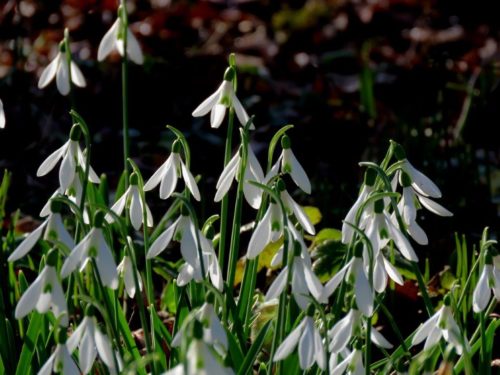 February can be the cruellest of months. Spring is on its way, but so often just out of reach, held at bay by gloom and cold. Not so this year: mild daytime temperatures, often cloudless skies, gentle southerly airflows, and barely a trace (yet…) of ‘normal’ winter. 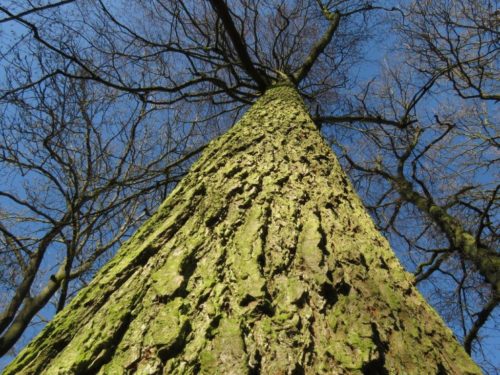 Our monthly venture to Beth Chatto’s was on one of those wonderful days of ‘Spring before its time’. After a winter’s dormancy, Nature displayed flagrantly to our hungry eyes – never mind the flowers, everything looked fresh and enticing, whether set against an azure sky…. 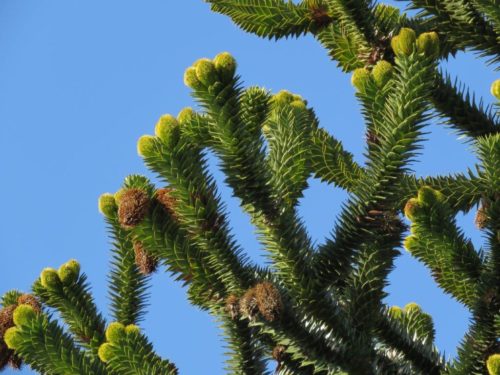 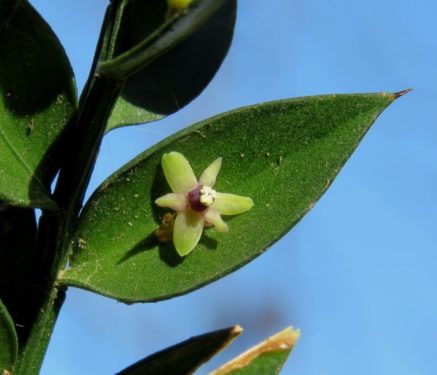 …. or covered in mercurial dewdrops…. 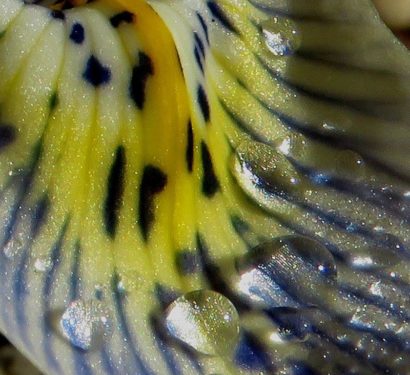 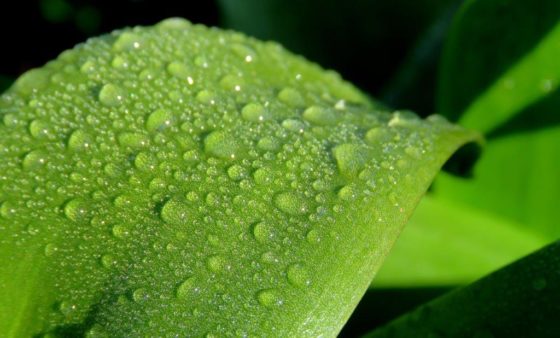 ….or bathed in dramatic shadows cast by the low sun, throwing the saw-toothed leaves of Melianthus into sharp relief…. 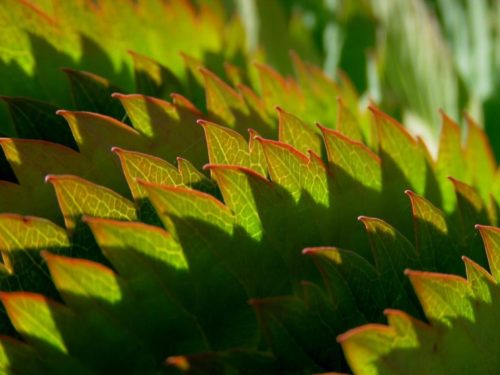 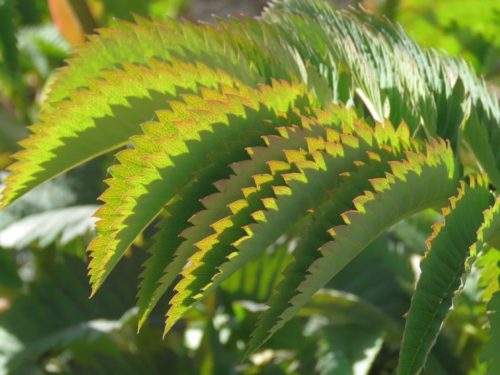 …or igniting the shreds of Paperbark Maple, as flames licking their way up the trunk. 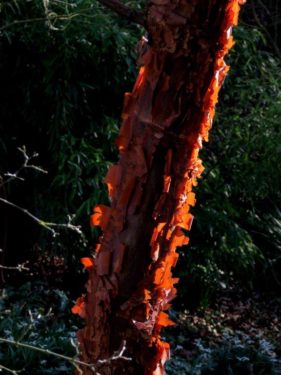 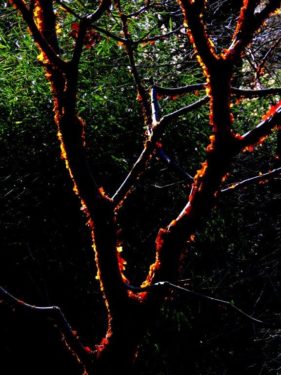 Of course the flowers delighted as well, carpets of Snowdrops, Crocuses and Aconites sweeping colour through the garden: 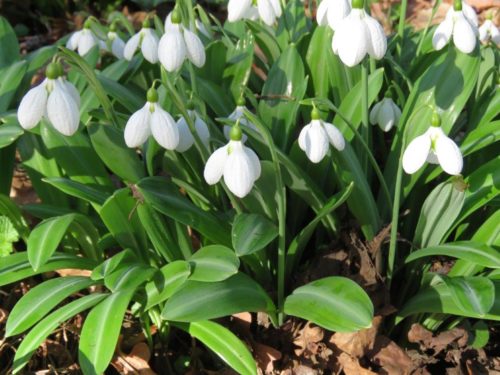 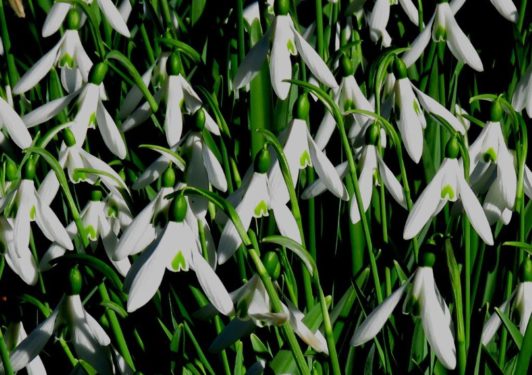 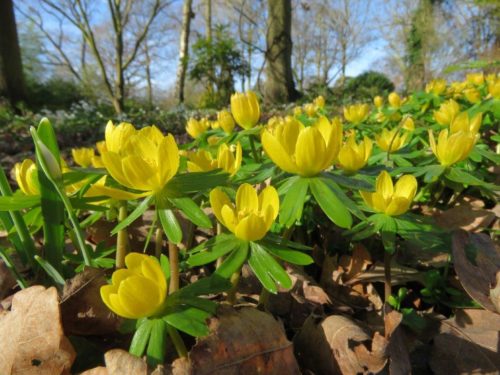 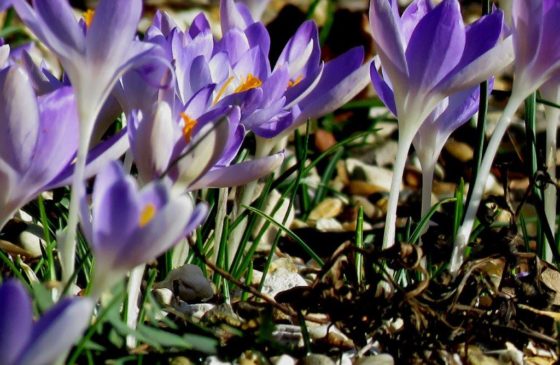 The spring flowers en masse sometimes overwhelm the senses, both sight and smell, but such has been the dearth of flowery photo opportunities since last year, each flower beckoned, almost straining to show off its wonderful inner landscapes:

Even the less showy flowers have much to reveal in close up – witness the yellow pompoms of Cornelian Cherry and the translucent jade bells of Spurge-laurel – and of course getting up close and personal for a photo also highlights their fugitive scent, often lost among the brash wafts from the likes of  Christmas Box. 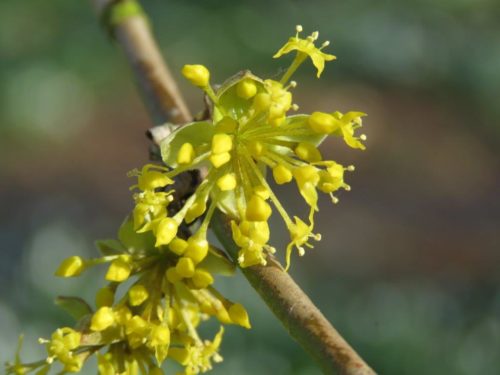 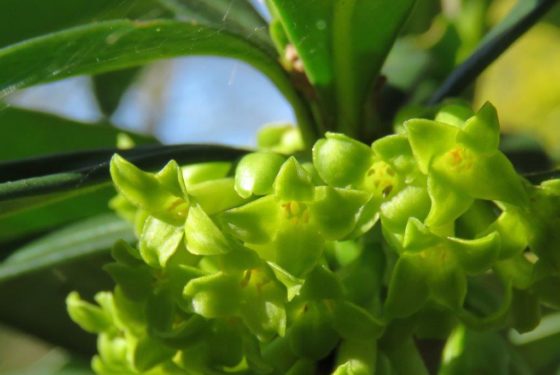 All the spring flowers have one function, to attract passing pollinators – sometimes in short supply – to their nectar and pollen resources. Look closely at a Winter Aconite and the bounty becomes clear: yellow petal-like sepals surmounted by a ruff of green leaves, embracing the pollen-bearing anthers and crucially the cup-shaped petals, in this species modified into nectar-pits: 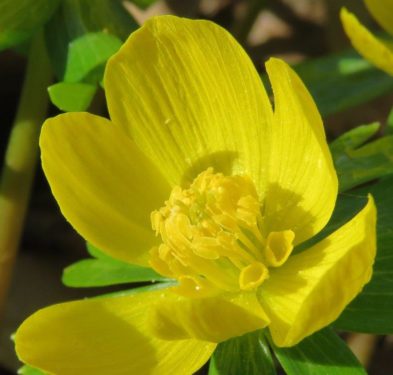 And today the investment in flower resources was paying off. Despite cool overnight temperatures, all sorts of insects were on the wing and raiding – hopefully also pollinating – the flowers: Queen bumblebees, Honeybees, solitary bees, hoverflies and other flies,  amongst others…. 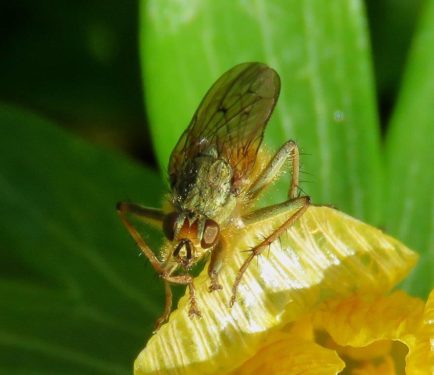 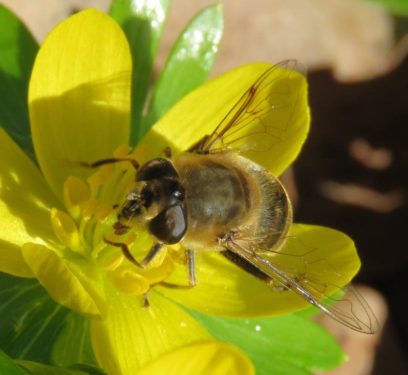 One hoverfly gave us the runaround in identification terms, looking like nothing we have seen before. Nor like anything in the books.  So it was the internet which came to our rescue, showing it to be the unusual dark form of the familiar Marmalade Hoverfly: 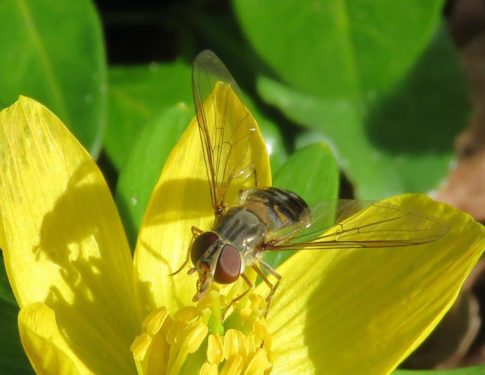 But best of all, if only for the gruesomely-minded, was spotted by Jude. Her insect-eyes,  under-employed over the winter, latched onto the form of a fly at the very top of a spindly sapling, about 2 metres from the ground. In close up, the horror revealed itself: the fly had been devoured by an entomopathogenic fungus, now erupting from its abdomen and liberally producing a halo of spores, each potentially a death sentence to a passing fly. But before the end, the fungus takes over the mind of its host, changing its behaviour so that it crawls to the highest point available, all the better to be able to disperse the deadly spores into the wind….. 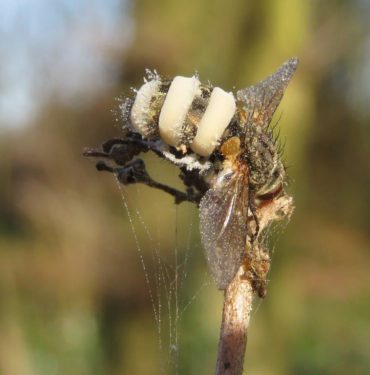