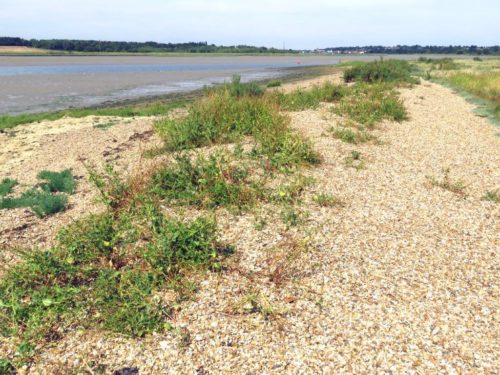 Those who read our reports regularly will know that they are usually upbeat affairs, rejoicing in the wonders of the natural world….well bear with me and there is a fair amount of that to come… but first I have something negative to comment on, namely LITTER ON WHITEHOUSE BEACH!  Why is it considered OK to leave several picnics’  worth of rubbish in a decomposing-in-the-sun black sack on the grassy sward of the beach?  Don’t worry, someone else will deal with it…..and in fact we did as we didn’t want all the contents to spill and allow yet more rubbish into the surrounding countryside… but couldn’t the revellers have taken it home with them?

Anyway, back to the lovely walk this morning.  The sun was slightly less overpowering than of late and we had a bit of a breeze and cloud cover.  The main focus was the many and varied salt marsh plants, and a walk along the seawall shows the different sections of saltmarsh according to how often the plants are covered each tide, ie on every tide, or only when there is a high spring tide, and every stage in between.  The different vegetation reflects how much the plants can stand being inundated by salt. 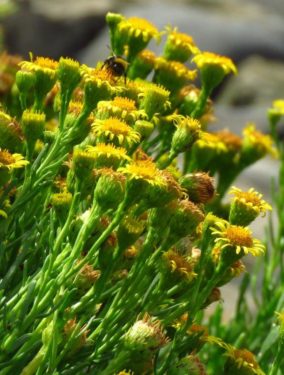 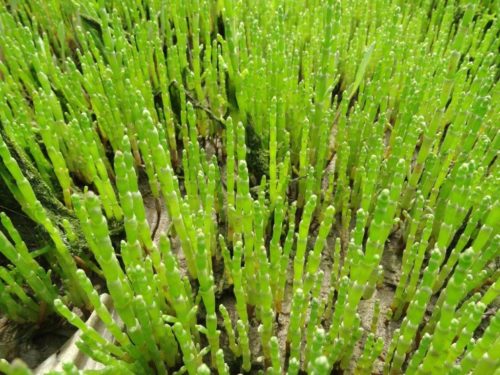 Two of the three UK species of samphire grow here in Wivenhoe, ‘Golden’ ( a member of the daisy family), and ‘Marsh’ (a spinach), whilst the third type ‘Rock’ is a carrot.  All show similar characteristics – succulent in that they store moisture in their leaves and stems, and good to eat with a wonderful salty taste (if you can be sure of the water quality where it grows of course).  The question comes to mind, If they do not share taxonomical links, then why are they all known as ‘Samphires’?  Well, an interesting theory is that this is a corruption of ‘Saint ‘ or ‘San Pierre’, ie St Peter, the fisherman.  And as we know samphires go remarkably well with fish. 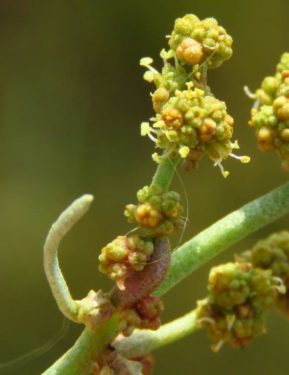 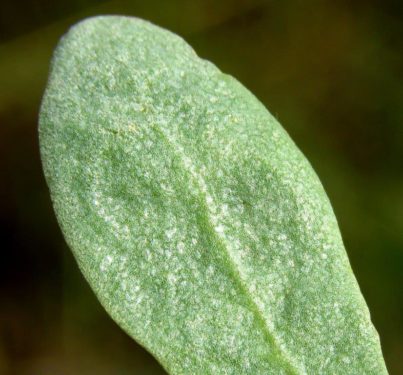 Sea Purslane is an interesting plant, its cells are mini-desalination processors.  They take in salt water, convert it into fresh and eject the excess salt in little crystals, which coat the leaves causing them to look grey and shiny. Sea Lavender was in flower, the patches of purple clearly in contrast to the generally green saltmarsh flora. 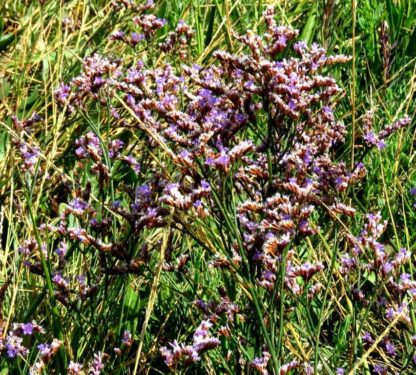 Washed up along the shore line was a veritable blanket of dead vegetation, looking rather like grass cuttings.  This was the Gutweed, a rather (it must be said) unattractive little plant, looking rather like intestines, hence its name , but one which is considered a delicacy by our feathered friends who are soon to return to these parts from their summer vacations. 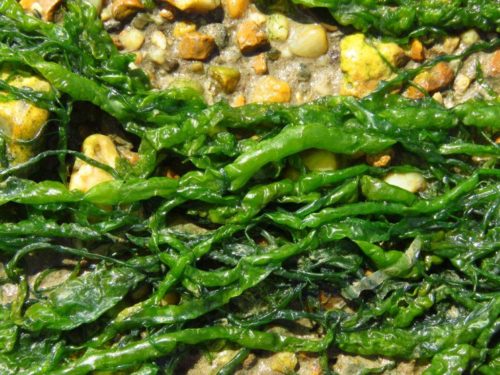 Other plants worth a mention, some illustrated below, were the pretty Lesser Sea Spurrey , Sea Wormwood,  and Shrubby and Annual Seablites. 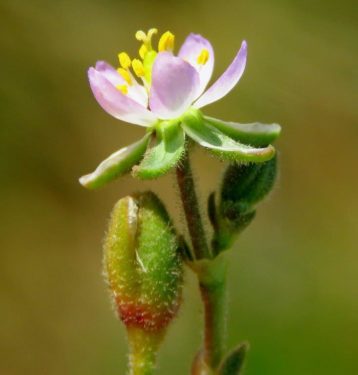 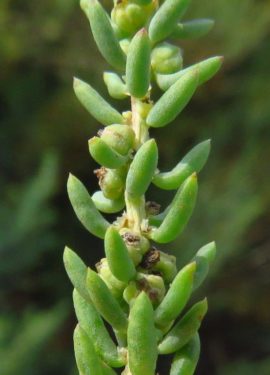 A few butterflies and dragonflies fleetingly captured our interest, but we did stay and linger looking at a well-disguised moth on a seed head.  A Toadflax Brocade.  In  fact it was only when we looked at the photographs at home that we realised that there were actually two moths  – such was the remarkable camouflage. 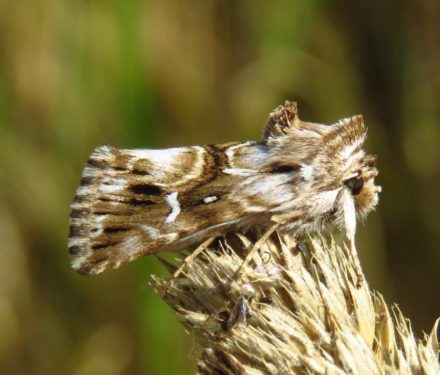 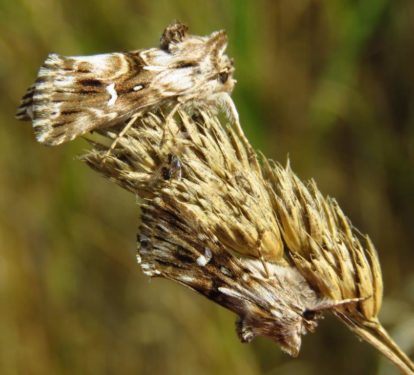 Other interesting beasties included a mating pair of picture winged flies.  There are many types of such flies, each with distinctively and attractively patterned wings, and these guys go by the name of Campiglossa plantaginis, which breeds on Sea Aster, a common salt-marsh plant hereabouts.  Several male Ruddy Darter dragonflies sparkled along the sea wall, but although we searched we did not find any Wasp Spiders. 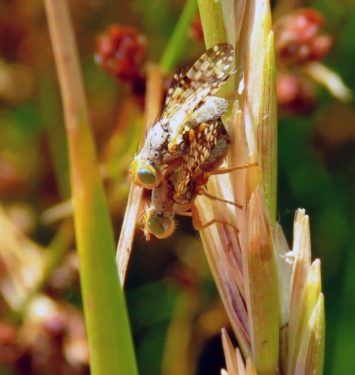 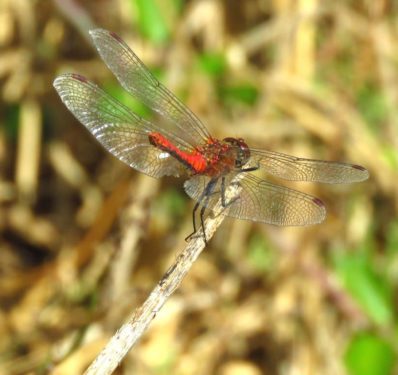 We hope this has whetted your appetite, as we are planning on re-running the walk next month, by which time more of the salt marsh plants will be in flower, and who knows we may be able to spot that elusive, but magnificent spider.