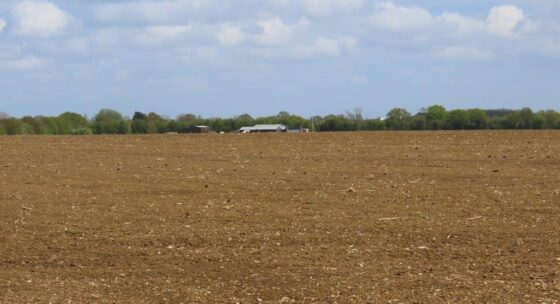 When a farming company got in touch earlier this year to ask if I could undertake a species survey on their farms, my immediate inclination was to say no…why on earth would I want to spend days of my life tramping over arable wastelands staring biodiversity deficit in the face….?

But then I looked again: ‘Fairfields Farming Company’, and had a vague recollection that our local Co-op seems to rate their locally-sourced crisps and spuds, and that maybe they were not the faceless agri-barons I had feared. A look at their website confirmed that memory, with a focus for example in using renewable energy throughout their operations.

So, I said yes, and was not disappointed, especially when it became clear the purpose of the survey was to help inform environmental and sustainability assurance schemes, which in the absence of conversion to organic production is as good as can reasonably be expected. 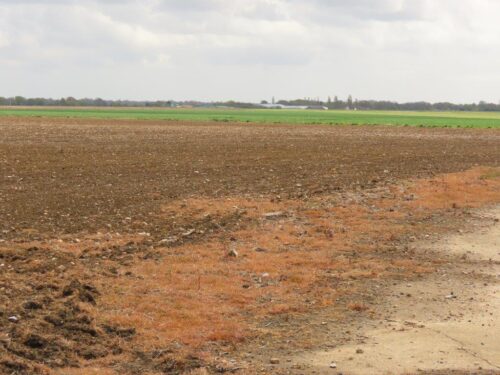 And so in mid-May I turned up at Fairfields Farm, Wormingford, two weeks later than originally intended following the bitter north-easterlies of April which held back the natural world. Even then the plants and insects were not really performing so most time was spent recording breeding birds. And almost the first thing heard was the ‘jangling keys’ song of a Corn Bunting, something which has largely been erased from the county (if not my memory) over the past couple of decades. 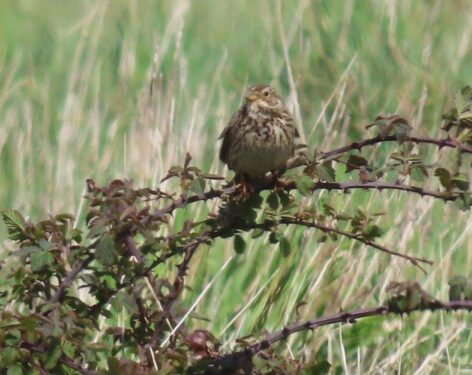 As the survey progressed, so the bird song chorus swelled. See here for a full listing, but especially notable was the total of 12 Corn Buntings and 56 Skylarks all singing away: it was like stepping back into an Essex from another era (or maybe the steppe-lands of Spain of Eastern Europe)… 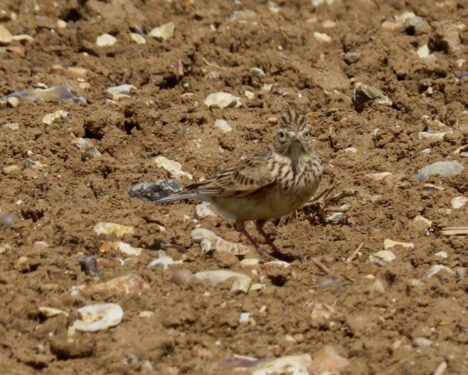 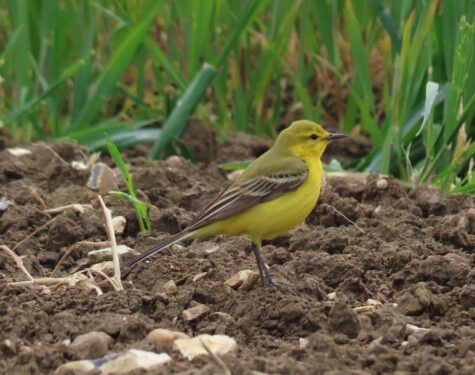 This farm is on a plateau, the site of the former Wormingford Airfield, and at its core is the permanent grassland of the Glider club runway. The combination of permanent grass, farmed fields and scattered long grass and scrub must be what these birds need – certainly hedgerows – which are generally cited as important features for birds in an agricultural landscape – do not feature, except on the very periphery. 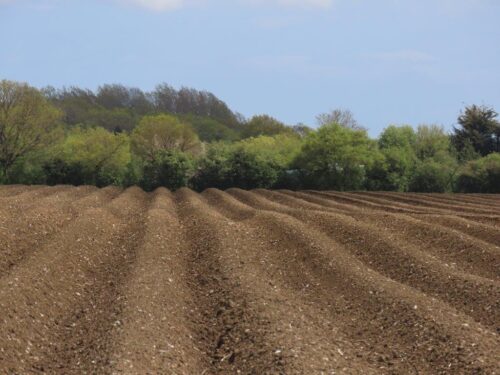 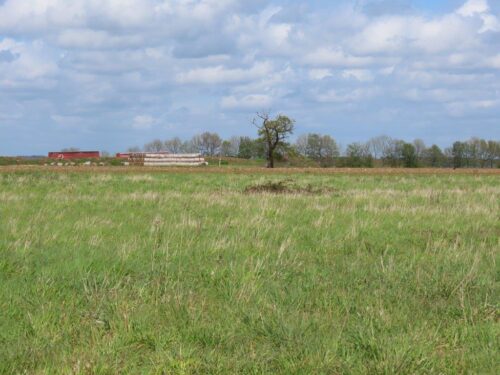 A couple of Brown Hares provided mammal interest, and insects were restricted largely to newly emerged swarms of St Mark’s Flies, legs dangling menacingly but harmlessly, and a few Painted Ladies, recent arrivals from the deep south of Europe. 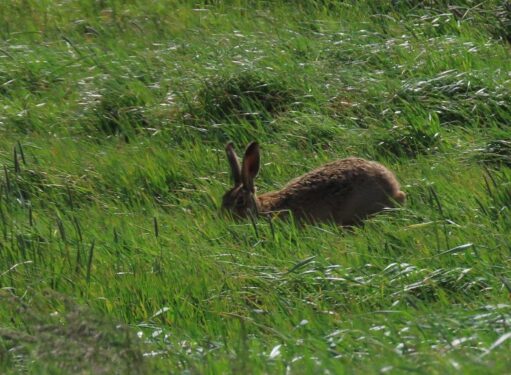 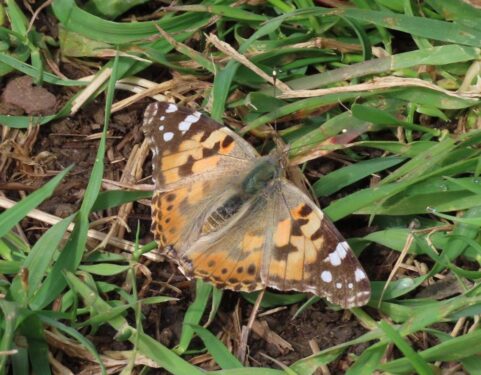 Only a kilometre away, Kings & Lofthouses, the other farm owned by the company, has its northern sector on the edge of the same plateau; this has similar birds, although the comprising more grain crops than potatoes. But the rest of this second holding is very different, much more enclosed with hedges, and occupying a valley-side location sloping  right down to the River Colne. 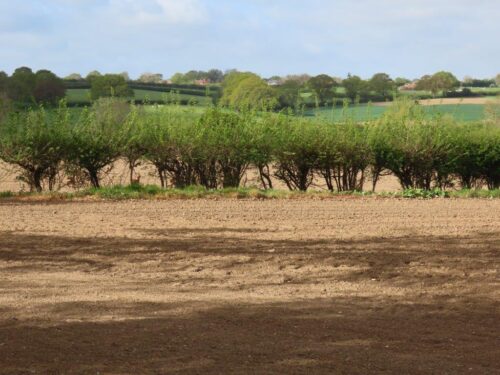 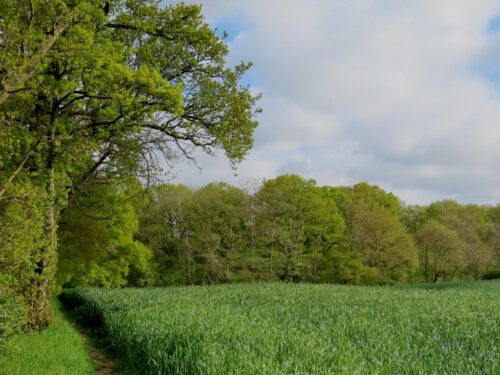 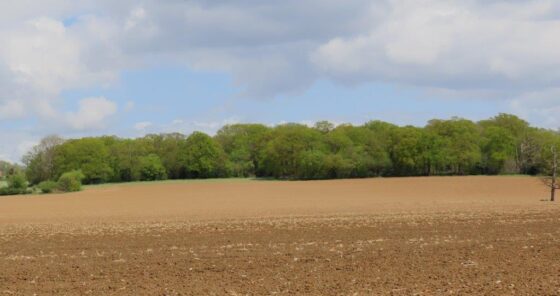 Topographically more varied, it had fewer Corn Buntings, but many more Yellowhammers, and still lots of Skylarks. The hedges added many more breeding species, with 57 singing Whitethroats especially noteworthy. A full listing of breeding birds can be found here. 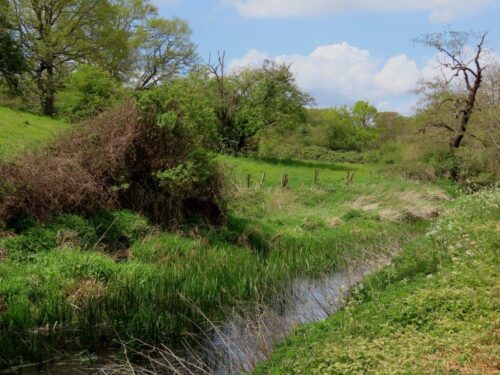 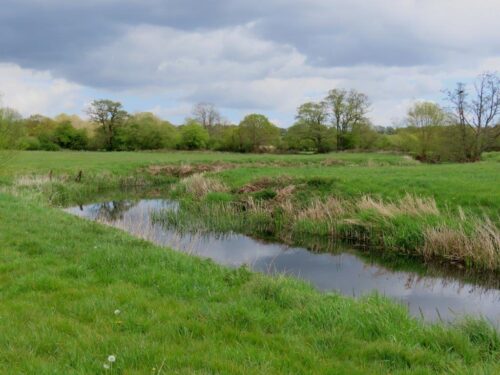 On this farm a few Grey and Red-legged Partridges and a Little Owl hinted at agricultural riches of the past, although sadly, and worryingly, there wasn’t a purr from a single Turtle Dove. One to work on perhaps…? 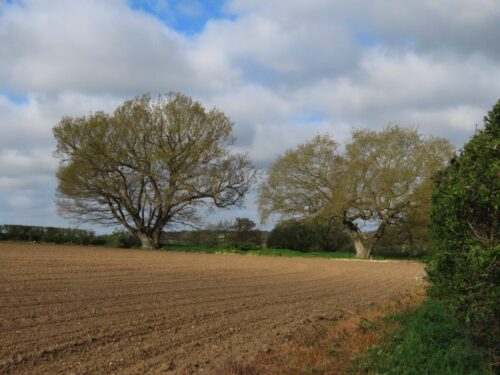 In the fields around Hillhouse Wood, Roe Deers were seen, including a group of five. In all probability they are not especially dependent on the wood, given the number of human and canine visitors, especially at Bluebell time. But the thicker, interlinked hedges, especially away from the public footpaths are likely to provide suitable safe feeding and breeding refuges. 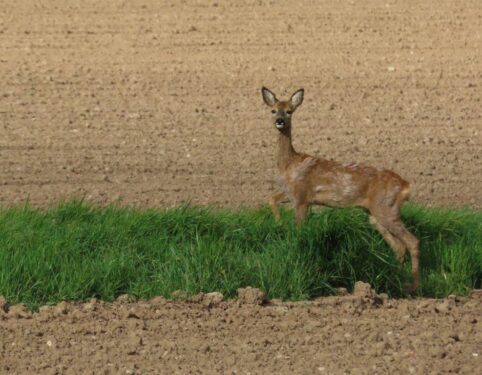 The hedges are also the focus of botanical and insect interest on this farm. Some of them are rich in woody species, indicating considerable age; those which also incorporate watercourses also have a ghost of ancient woodland flora, with Wild Garlic in particular, plus Bluebell and Yellow Archangel. 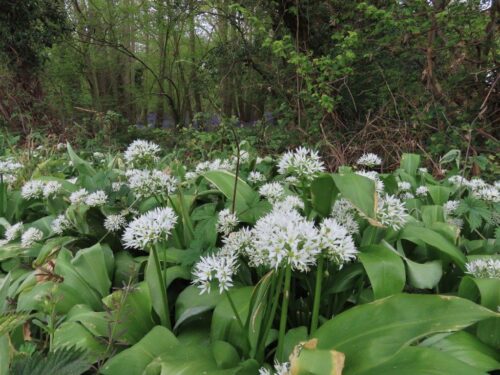 Red Admirals, Small Tortoiseshells and Orange-tips brightened up the butterfly scene, along with Small Coppers, the first sparkling emergees of the year, and also my first Large Red Damselflies and Scorpion-flies of the summer. 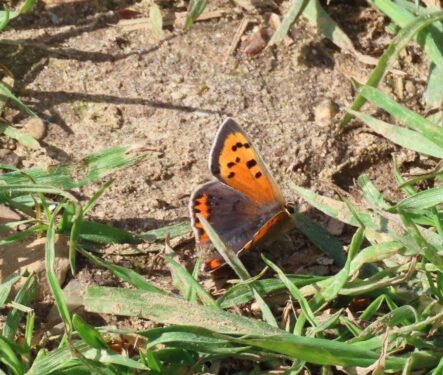 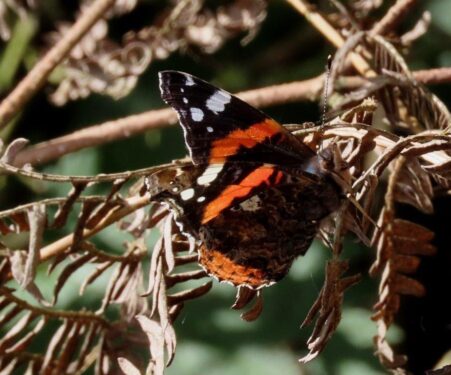 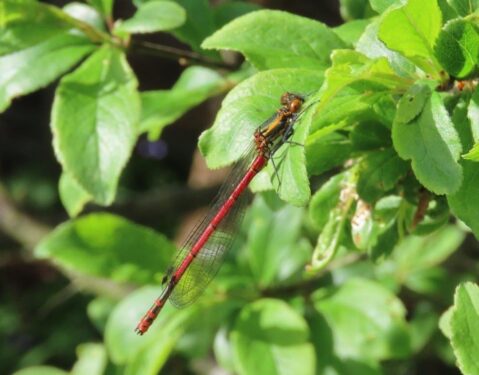 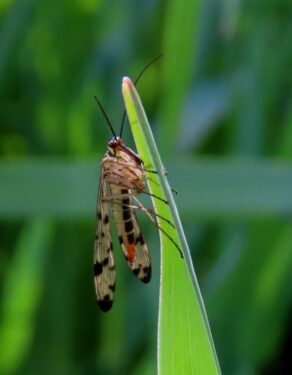 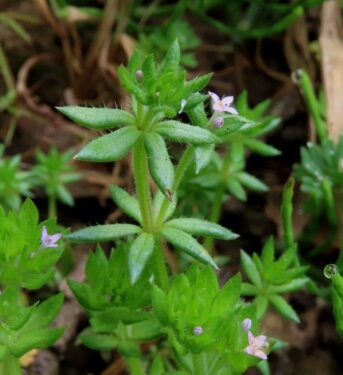 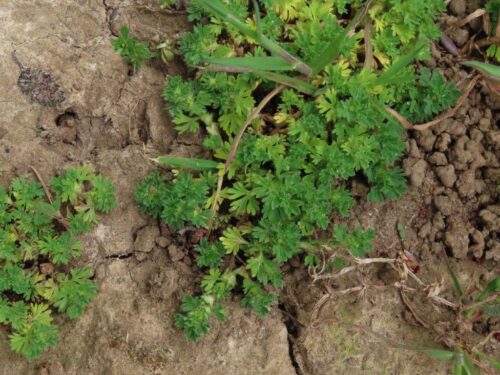 All in all a very positive experience, finding wildlife where the agricultural revolution might have been expected to have eradicated it. And that also goes for the taste test: since working there we have actively sought to buy Fairfields potatoes and crisps, and found them delicious!