‘Alexander’s what?’ you may well ask. Granted, it is a strange name for a plant, but it could be said to be ‘Alexander’s Parsley’, in the sense it used to be called the ‘Parsley of Alexandria’, the city in Egypt founded by and named after Alexander the Great. And it is there, around the Mediterranean and in the Middle East, where Alexanders has its ancestral, native home. The Romans knew and valued it as a pot-herb, with taste and consistency similar to the related celery, and took it with them in their colonisation of western Europe two thousand years ago. 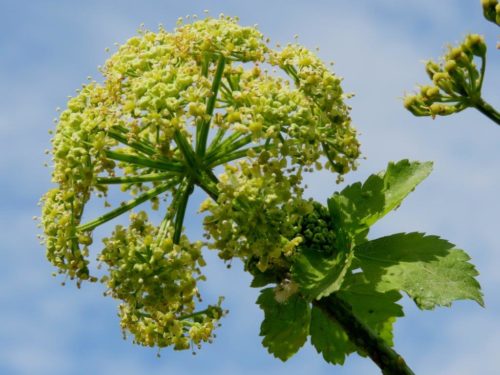 When I became a botanist forty years ago, Alexanders was found in two main habitats. Firstly, it was well known in grassy areas and hedge banks in and around centres of Roman civilisation and subsequent monastic activity, a persistent relic of former times. Secondly, reflecting its southern origins and susceptibility to frost, it was known from a thin belt around the coasts of southern England, Wales and Ireland, thriving under the winter warming mantle of the sea. 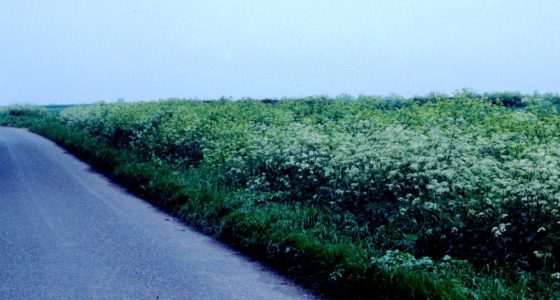 At the time I was in Norfolk, and one could always tell when approaching within a kilometre or two of the coast in May, as the road verges switched from the white of Cow Parsley to the yellow-green of Alexanders flowers. The photo above shows just that transition, near Ringstead in north Norfolk, in 1983 (sorry for the poor quality). Of course all that has now changed with global warming/climate breakdown: Alexanders has spread out from these adopted homes and now occupies a near-continuous range across East Anglia, the Home Counties and the South-west Peninsula. 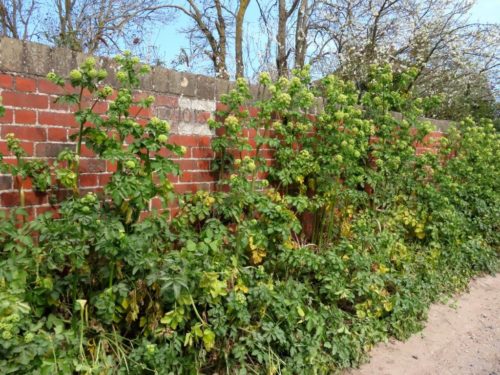 Perhaps surprisingly, here in Wivenhoe it is not all that frequent. The main population we have is on the verges of Anglesea Road, an unmade ‘back road’ out of town, and concentrated around the bridge across the railway line. Close to home, and thus within easy reach of a lockdown exercise walk, this year has seen us paying lots of attention to our Alexanders… 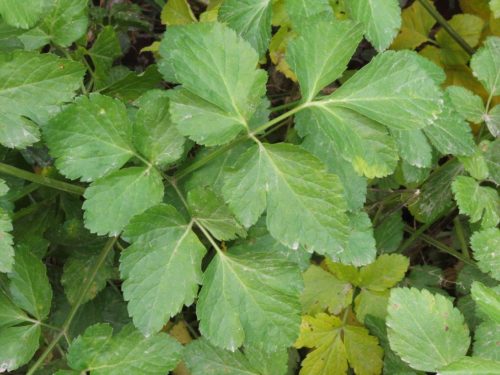 The flowers started to open early, before the end of March, a budburst which has advanced along with its geographic spread. The flowers are lovely in close up, a distinctive yellow-green, a colour that complements the pink streaking on the enlarged, ensheathing leaf-bases. And almost straight away the aromatic, musky aroma started to draw in insects. As with all umbellifers, the flowers are open to all manner of pollinators, especially flies and wasps, tiny flowers in large flowerheads providing an excellent early season nectar and pollen resource. 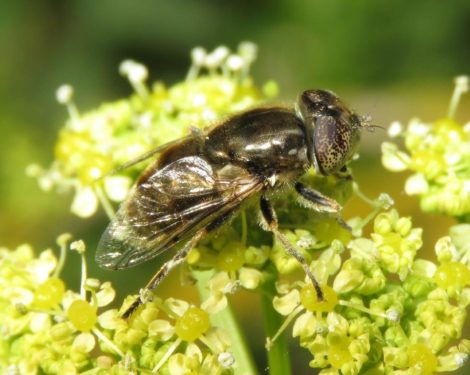 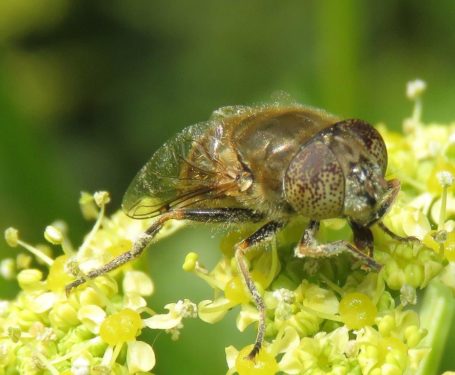 Hoverflies have been especially noticeable thus far, in particular one rather special one, the Spotty-eyed Hoverfly Eristalinus aeneus (just look at those eyes!): one of only two hoverflies with that eye-pattern in Britain, it is a specialist of the coastal fringes, especially in the south-east. 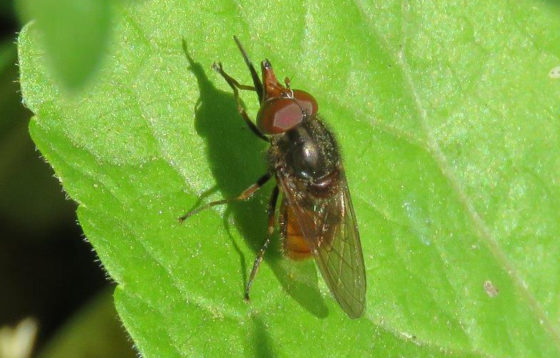 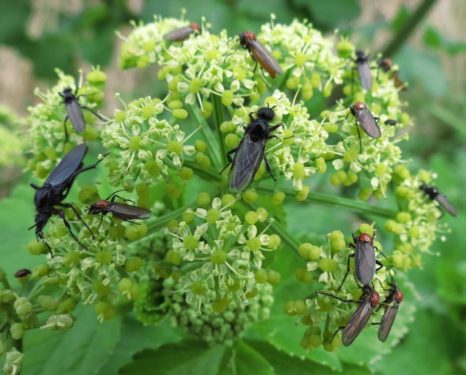 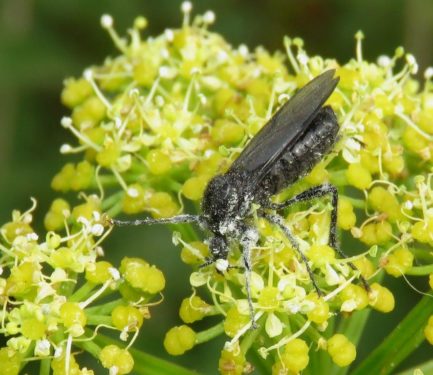 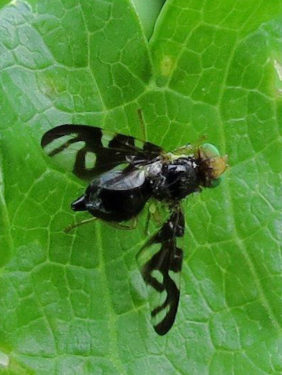 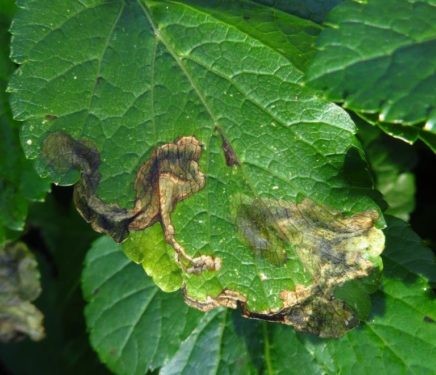 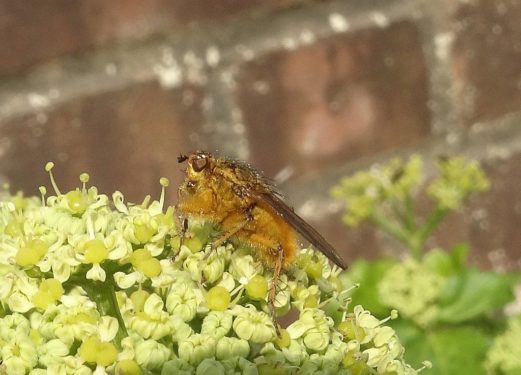 Later on, other hoverflies will include Rhingia campestris (just starting to appear as I write), with their distinctive elongated ‘snout’, and very soon the St Mark’s Flies Bibio marci  (and relatives) will be out and draping their flowers in long-legged embrace. The later-opening flowers in May will also likely be home to the picture-winged fly Euleia heraclei, lovely creatures to watch, flashing their bar-codes at each other in courtship dance. These spend their larval life mining the leaf-tissues, between the upper and lower surface, creating an obvious blotch-mine. And the crowns of flowers will become vantage points for Yellow Dung-flies Scathophaga stercoraria, a hunter of other flies attracted to the flowers to feed. 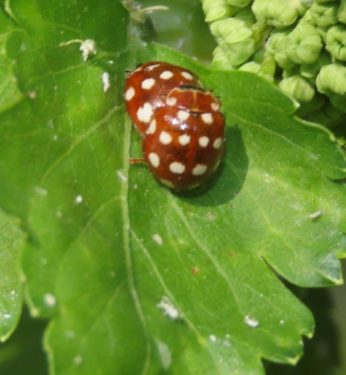 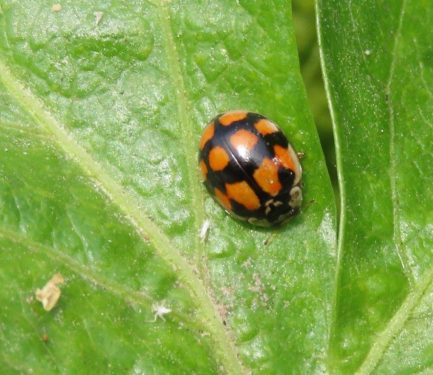 This last week, the most noticeable insects have been ladybirds, basking on leaves as well as flowers, where they may be supplementing their usual aphid diet with nectar and/or pollen. Not that all were feeding: making the next generation was the activity of the week! We found at least eight species on the 10 metre long Alexanders patch, some of them in a bewildering array of colour forms; it was particularly pleasing to see Two-spotted Ladybirds, as these seem to have become rather scarce in these parts since the arrival of the Harlequin Ladybird some 15 years ago.

And all that is just a small snapshhot of what our Alexanders, any Alexanders, is going to offer, entomologically – here are a few more: 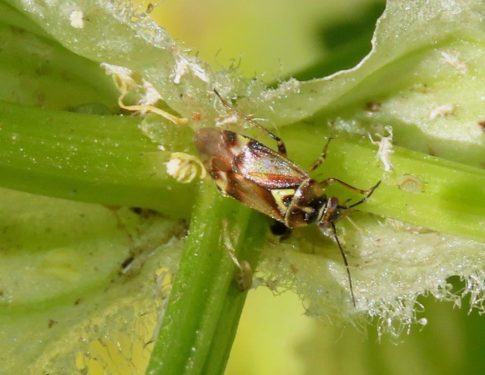 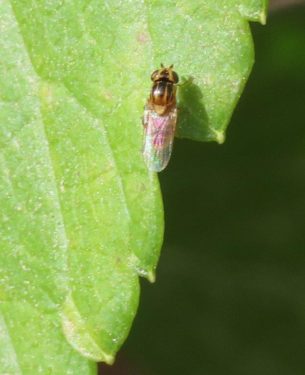 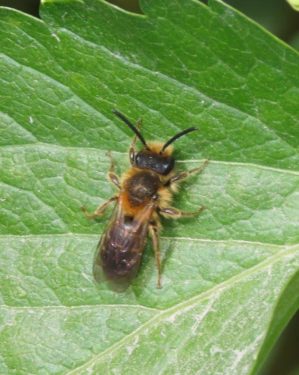 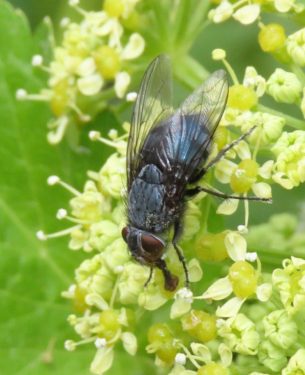 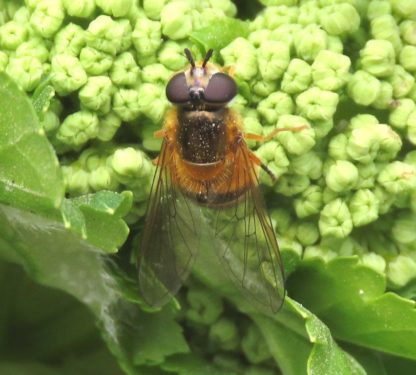 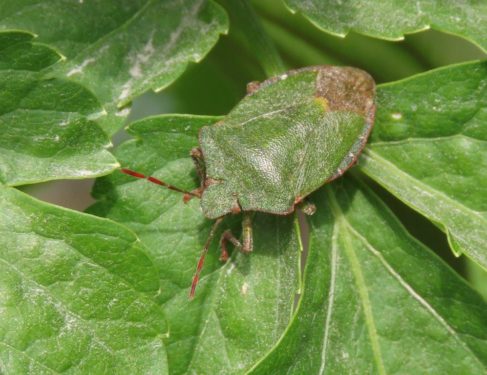 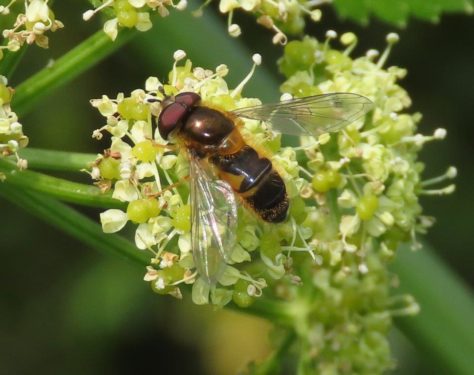 One other noticeable feature of this plant is that it is very often infected with Alexanders Rust, a microfungus. Rusts are so-called because they cause lesions on the host plant, often liberally sprinkled with orange spore-producing bodies. Furthermore, this species also causes the host plant to twist and contort, forming a gall. 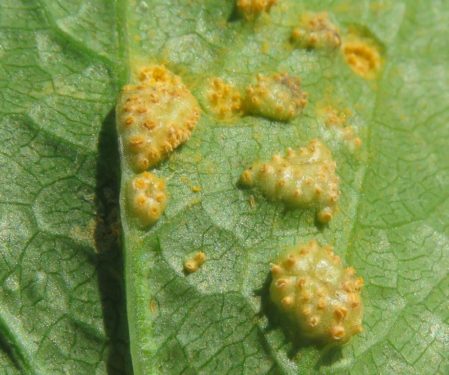 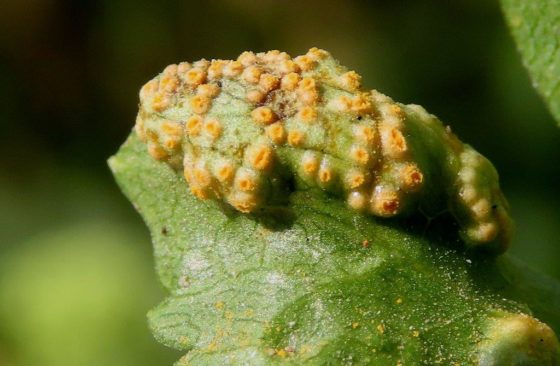 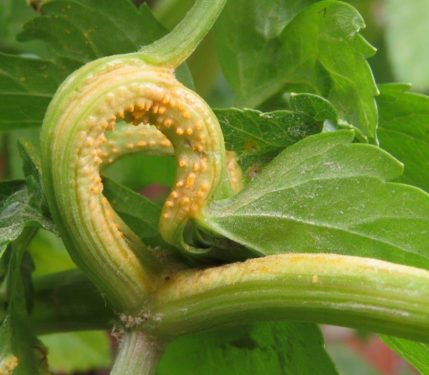 Notwithstanding its value to passing insects, given the potentially invasive nature of Alexanders and its non-native status, it is perhaps a pity that more folk don’t eat it. The whole plant is edible, from roots and stems to leaves and flower buds, and even the dried, black seeds which can be ground up into a mild, aromatic ‘pepper’. 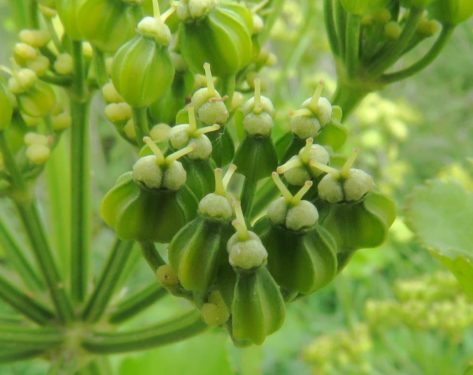 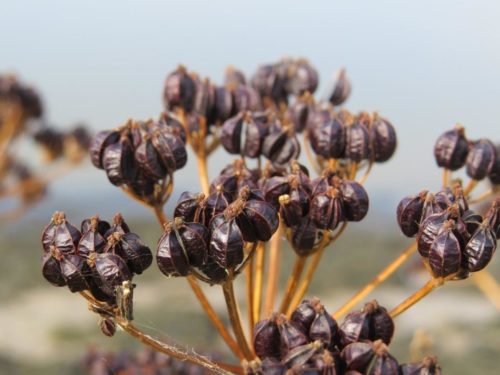 That may well be because it is not actually very pleasant….the celery/angelica notes, with rather oily spiciness (hence it is believed the origin of its scientific name Smyrnium, alluding to its myrrh-like qualities) is largely lost with cooking and my recollection is of pretty tasteless mush. But, if a suitable recipe could be developed, perhaps using also the mild garlic of that other invasive verge plant Three-cornered Leek, ‘eating the landscape’ could actually do a lot of good for conservation by keeping the invaders at bay. 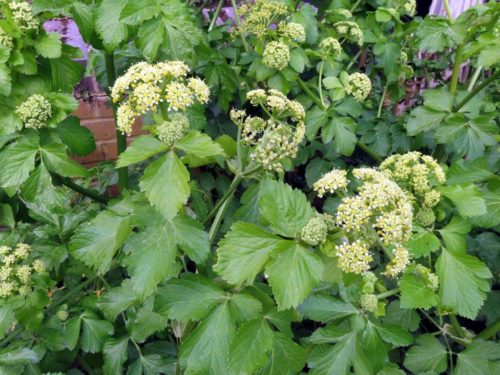 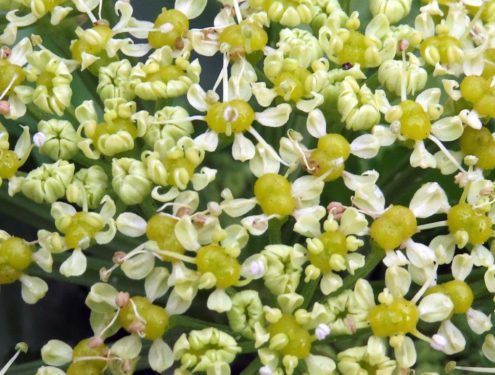