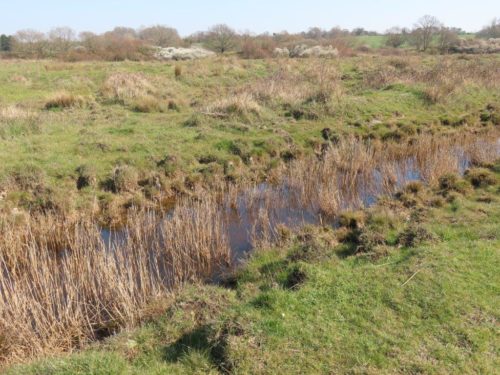 Just downstream of Wivenhoe lies Barrier Marsh, an area of typical Essex grazing marsh. Formerly tidal saltings, the influence of the tide was removed several centuries ago by the creation of the sea-wall, a coastal defence aimed at facilitating agricultural grazing of the land behind. Now it is a Site of Special Scientific Interest, notified especially for the nationally scarce plants it supports and for the diversity of ditch plant communities found there. But one of its most significant features is overlooked by the designation: stand on the sea wall and look across the marsh, and the overwhelming impression is of an undulating sea of grassy mounds – the nests (ant-hills) of the Yellow Meadow Ant Lasius flavus. 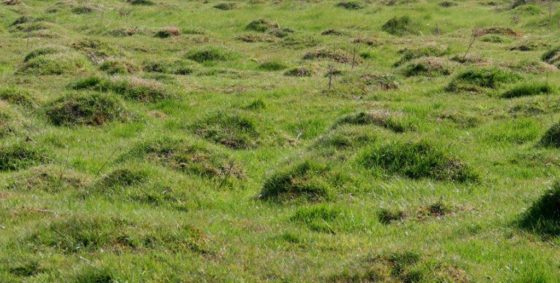 The marsh is bisected by The Chase, a track running on a bund from higher ground. This is actually in a sliver of the otherwise landlocked historic parish of Elmstead, giving access to tidal waters between its neighbours, Wivenhoe and Alresford. Most of the larger ant-hills (up to 50cm high) are east of the The Chase, suggesting this is ‘virgin’ grazing marsh, while to the west, the surface is more level, the hills are fewer and smaller, possibly indicating that this side was ploughed in the past, perhaps during World War 2. Taken together, a back of an envelope calculation suggests that there are between ten and twenty thousand large hills on this marsh, and as each nest may support up to 5,000 ants, that’s an awful lot of ants… 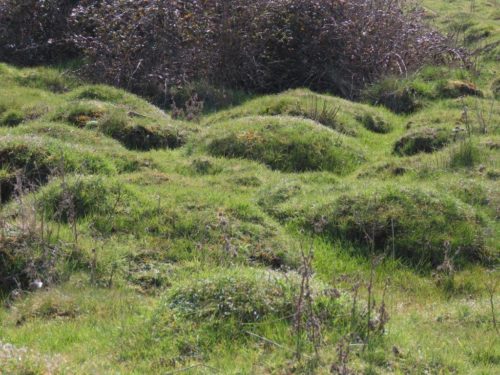 So why were we out looking at ant-hills as our permitted lockdown exercise? Simply, they are endlessly fascinating – each hill is different, an island of aerated, sandier soil in a sea of waterlogged marshland. Each microcosm has a different range of plants that have colonised it, probably related the to the size (age) of the ant-hill and the distance of the hill from the ‘mainland’ (The Chase), but also influenced by random colonisation events.

So, as the photos here indicate, each ant-hill is unique, and together they support a range of species one would not expect to find in a marshland context: Sticky Mouse-ear, Sheep’s Sorrel, Small Forget-me-not, Wall Speedwell, Groundsel, Early Whitlow-grass and Hairy Bittercress, and the cup lichen Cladonia fimbriata. In other words, an archipelago of mini-heathlands. 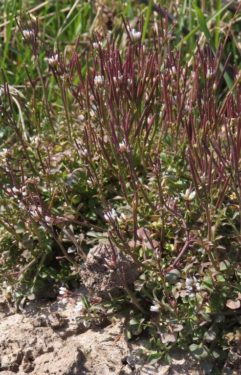 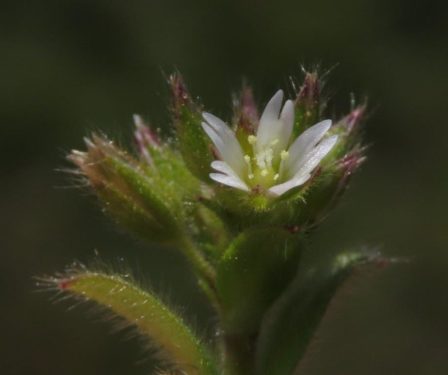 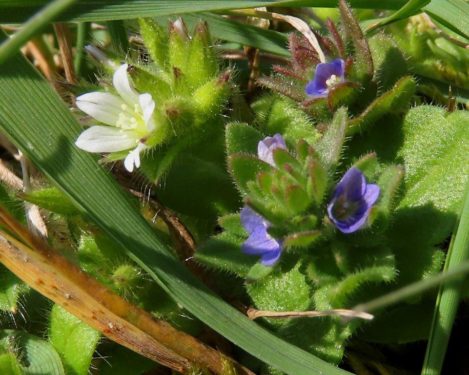 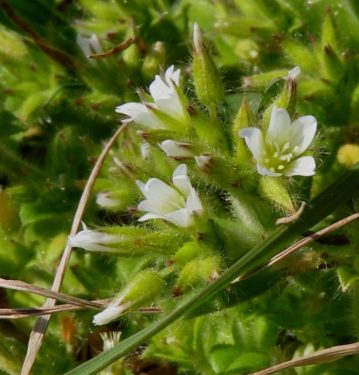 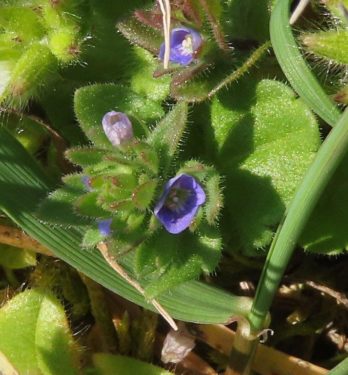 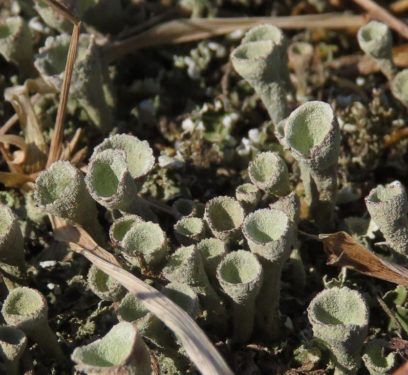 Two plants deserve special mention. One is the nationally scarce Divided Sedge, one of the features for which this site is designated SSSI. This is widespread right across the site, but on the anthills, it was already in flower, incredibly early in the season for that which I normally associate with May. Conversely, something flowering when it should but not where I would expect it was the Early Meadow-grass on just a couple of ant-hills, a plant I have never seen before around Wivenhoe, nor indeed in Essex away from Thames-side. 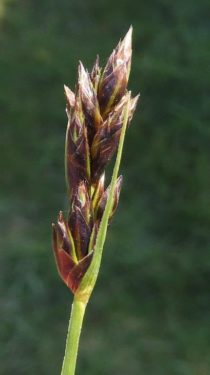 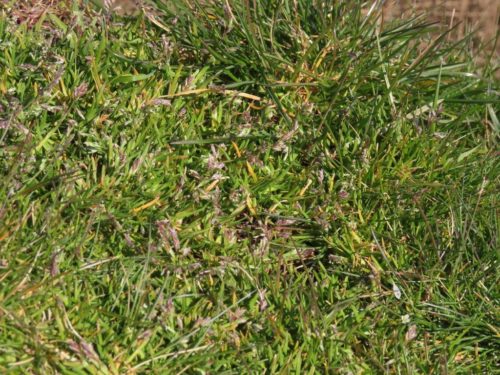 The hills in general looked very healthy, with only a few crumbling away after a colony has died. When the sea wall overtopped in the tidal surge of December 2013, much of the marsh was under a metre of water for a couple of weeks, and I was worried for the future of the ants. Presumably they are able to tolerate some degree of inundation: in winter they retreat into the heart of the hill, when there may well be air-filled chambers, enough for some of the colony to remain alive. 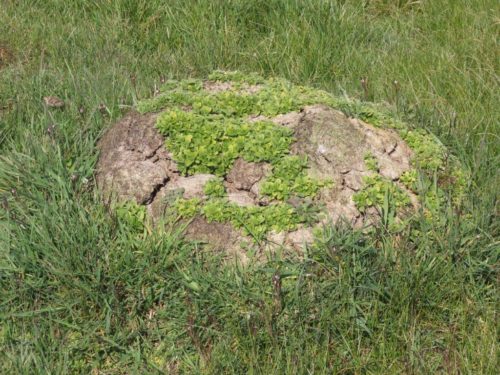 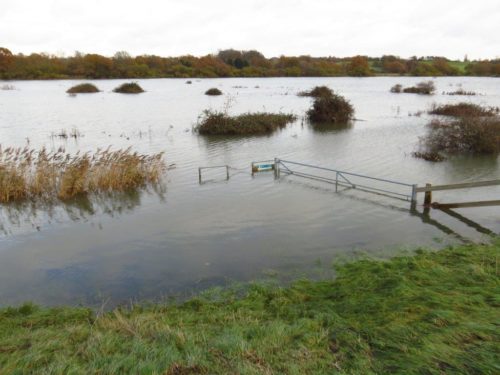 Even now, at the end of March, it is likely the ants are deep down, albeit not down as far as the waterlogged marsh soils. We certainly saw none. Although, unless you deliberately dig into a Yellow Meadow Ant-hill, there are not often seen. They have little need to come to the surface and run the gauntlet of insectivorous birds, as for the most part they feed on honeydew excreted by aphids which live on the roots of the plants of the ant-hill!

As long as we are in lockdown, I suspect we shall continue to visit our ant-hills regularly. As the nests awaken from their winter torpor, perhaps we will even manage to find  something I have looked for for years but without success: the tiny, while, blind woodlouse Platyarthrus hoffmannseggii, which lives its life in these ant-hills. But to damage a hill in this quest would be a travesty of natural justice: I guess we will simply have to wait until we see a Green Woodpecker digging into a nest in search for food… 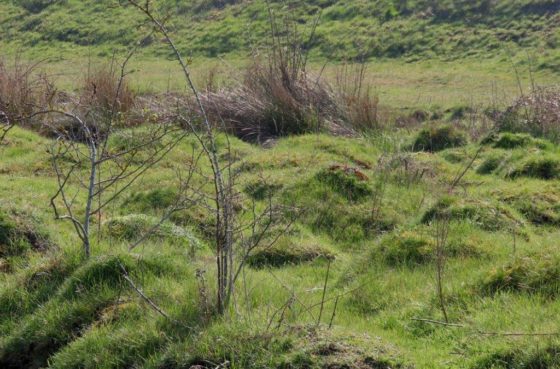 And to cap it all, a month later we came upon one, just one among thousands so far as we could ascertain, ant-hill with a couple of plants of the nationally scarce and fascinating Mousetail. 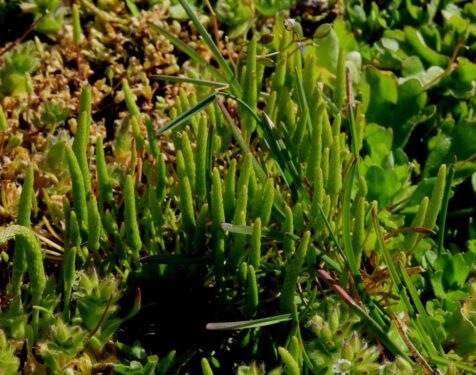