Another very pleasant set of walks was held at the beginning of September, to an area which we had not fully explored as a group before. The hour passed very quickly for each session, and we hope that everyone enjoyed learning a bit about the history of the place as well as the ecology. Thanks to all, and we would like to send a special Get Well wish to a dear friend, a regular ‘B&B-er’ who unfortunately is poorly in hospital at the moment. 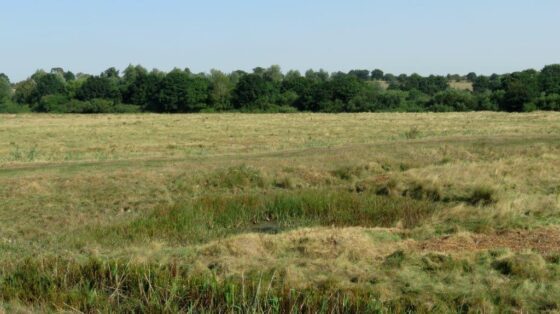 First the history of ‘The Chase’ and the seawall. Four hundred or more years ago, to protect sheep flocks which grazed on the marsh, a seawall was built along our stretch of the estuary (as well as much of the Essex coastline). The clay/soil was burrowed out to build the wall, leaving ‘borrow dykes’ ie the ditches that we see today. The wide path, ‘The Chase’, leading from the wall towards the old railway line, historically belonged to the otherwise landlocked parish of Elmstead, provided a legitimate access to the water and its trading potential. Trade would have been food and agricultural produce shipped up as far as London, the barges often returning with horse dung for manure. Where extra ballast was required, this was readily available from the gravel pits in north Wivenhoe, and easily transported to the quays via Ballast Quay Lane. 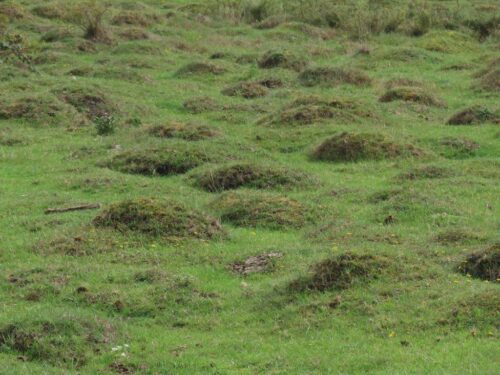 Facing the water, the marsh to the right of The Chase is in Wivenhoe, whilst that on the left to Alresford.  A cursory glance at each will show their differing topography, the Alresford expanse being much bumpier than the Wivenhoe counterpart.  The reason?  Each ‘bump’ is in fact an ant-hill. The Wivenhoe stretch of marsh was given over to agriculture during the war, the area flattened out, thus fewer and smaller bumps remaining today. 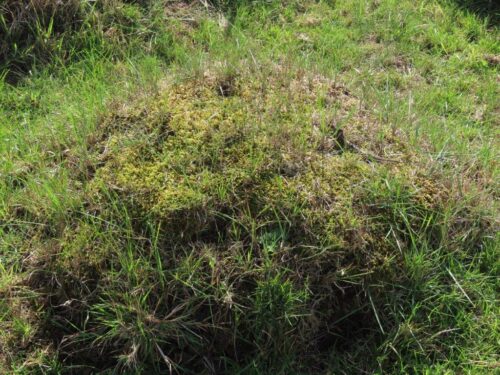 The number of ant-hills on the Alresford stretch is truly staggering.  Each, probably housing thousands of ants, is a small ‘island’ with its own peculiar suite of vegetation, at this time of year some with Sow Thistles, others Common Toadflax or lichens eg Reindeer Moss.  Rushes (‘Sedges have edges and Rushes are round’) grow on the damper soil in between. See Chris’ blog from earlier in the year for illustrations of the wonderful flora of the marsh https://www.chrisgibsonwildlife.co.uk/lockdown-diary-the-ant-hills-of-barrier-marsh/. 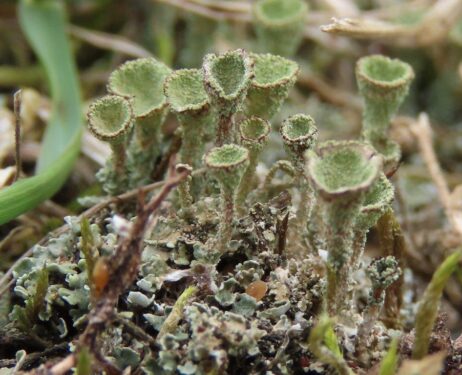 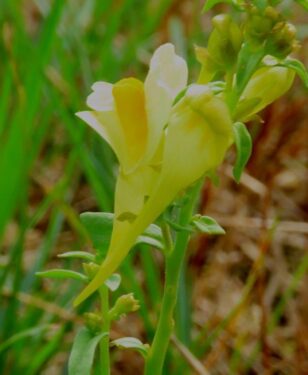 Bugs weren’t particularly thick on the ground, though the Saturday groups were able to see a splendid Brassica Shield-bug, as well as observing some dragonflies in action looking for flying insects to catch for dinner.  A few butterflies were seen flickering over the marsh – a Small Copper, Small Heath and Large White amongst them. 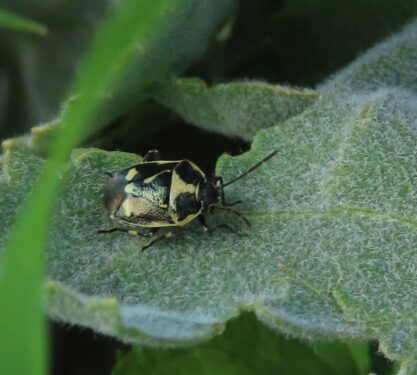 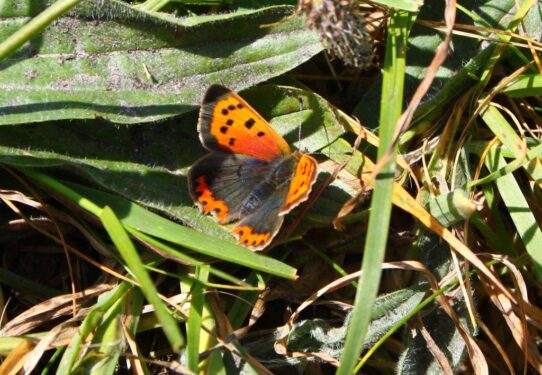 Both of the Monday groups were treated to a close up of a huge Fox moth caterpillar….it was wandering to and fro across the path by the Sailing Club, possibly searching for somewhere to pupate for the winter. We helped move it to a safe spot, and hope it decided to stay put and not attempt to cross the busy path again later in the day. 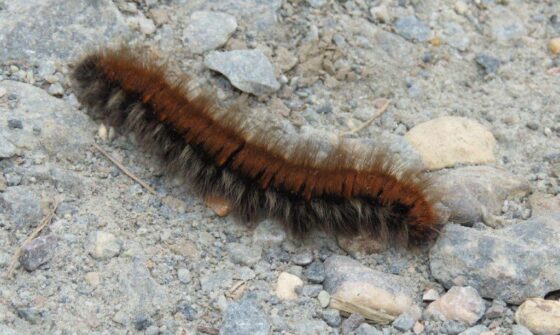 Some estuary plants of interest included the Tamarisk trees now growing in abundance along the old railway line, as well as Sea Wormwood, Strawberry Clover, Cord-grass and Sea Aster. 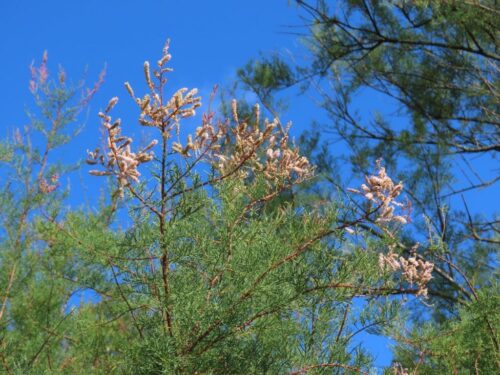 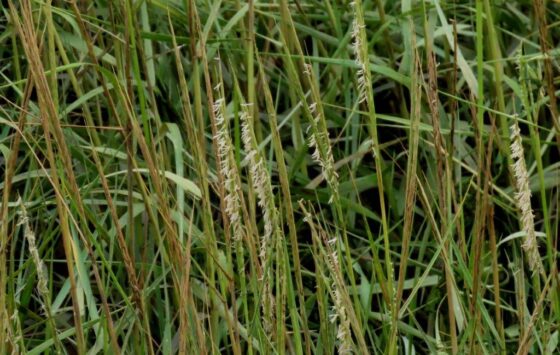 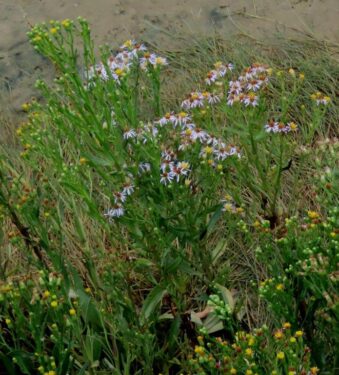 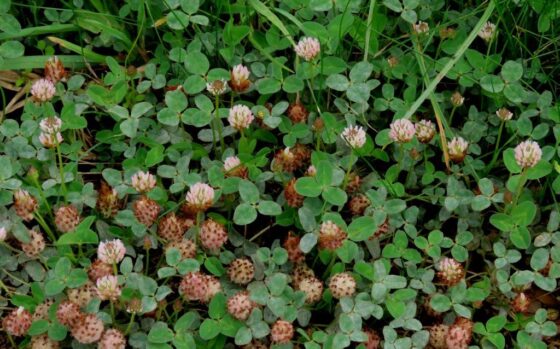 NATURE ON YOUR DOORSTEP

And thanks to everyone who has been sending us interesting bugs and beasties that they have found in their gardens and living rooms. 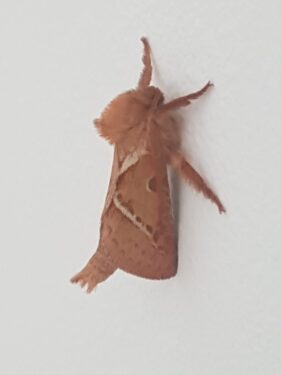 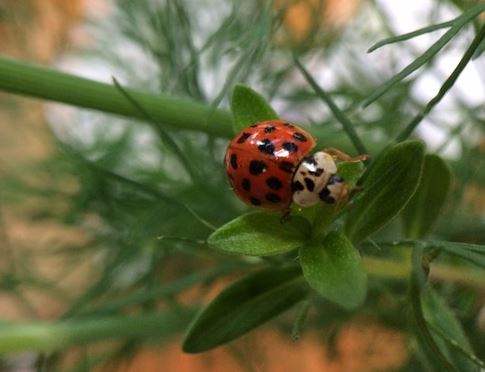 …and an Elephant Hawk-moth caterpillar in Wivenhoe and a Large White butterfly just about to emerge from its pupa near Brighton, showing clearly the pattern on its wings through the translucent pupal skin. What a photo! 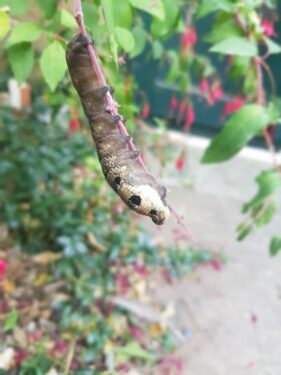 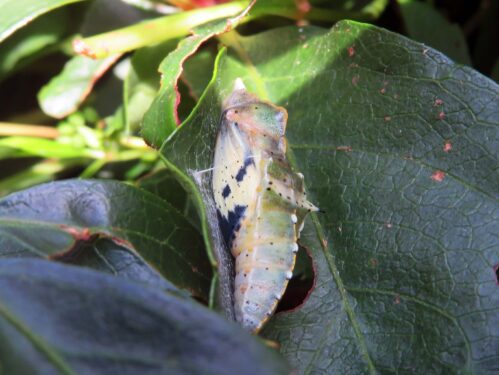 As ever, we are indebted to everyone who has been in touch with photos, anecdotes and has supported our walks.